Don’t Get Him Started #2

Our new, straight-talking columnist debunking theories, rumours and anything else that gets up his nose. This month: carp eyesight...

Whilst still trying desperately to avoid (for now) any thoughts on carp intelligence, although we seem to be constantly battered with it, I cannot overlook (excuse the pun) how vital it is for some to suggest sight is the most important tool a carp has at its disposal for finding food and defence. It's only my opinion of course, and I cannot give you a definitive answer one way or the other, because there is no scientific evidence to support this theory. None that I can find anyway. I have been desperately trying to unearth dedicated work in this area and have discovered that very little is known about any fish's eyesight. Even a massive, and now artificially bred, food species like the tuna has little known about its eyesight. All I can come up with when I have spoken to those that I assumed would know is that the scientific world believes they have big eyes because they are predators. Not the answer I have been looking for really. 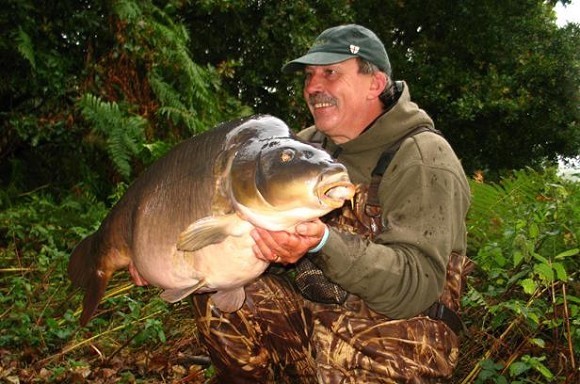 When you think about a carp, his eyes aren't exactly that big. In fact, one of his eyes is as big as his brain, and I (amongst many others) can't help wondering if that brain can even interpret much of what its eye is telling it. After all, he is just a gentle omnivore that capitalizes on just about any food source it can find. He is also a prey item, and for much of his formative years he will be aware that he is in danger. Not because he went to a carp school (these puns are getting ridiculous!), or his mummy or daddy told him, but simply because his instincts and the evolutionary process have armed him with a visceral response. Basically he doesn't have to think about most of the things he does, much as we don't have to think about taking the next lungful of air or blinking to clean our eyes. Much the same as he ejects a hookbait when he feels a foreign inedible object next to it that he has just picked up. He doesn't think, he just does. All I will say is that I believe carp can see stuff, but to what degree that has any relevance to the things we are lead to believe, I have no idea. 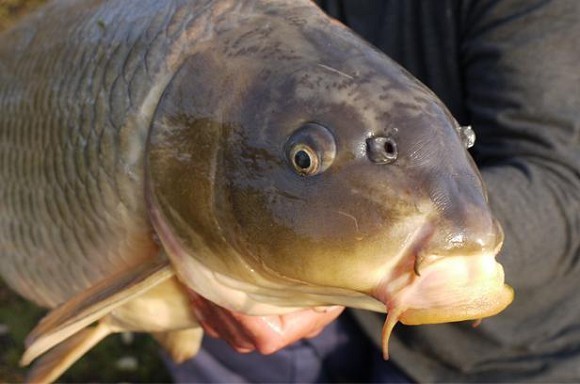 In essence, we are hunting when we set out to catch a carp. We are satisfying a primeval need to search out and capture food. It is stronger in some than in others, and much as you wouldn't go deer stalking in an orange leotard, you wouldn't necessarily want to go fishing with day-glow end tackle. After all, the hyper intelligent (cough, cough) carp with his ultra x-ray vision (even more coughing) would surely suss that out... wouldn't he? For me, the one item of tackle or bait that we use that debunks any theory about eyesight being so important to a carp, is the good old yellow pop-up. Puzzle me this: if carp can learn so easily by association why oh why do we catch them over and over again on this particular bait? They are described as 'great carp-catchers', and I for one would not argue with that. Indeed, I have caught a lot of carp on such 'loud' hookbaits, however, there are other things that a carp will come across in a baited area far more regularly than a bright hookbait, let's take a look at a lead for instance. In just about every capture, apart from surface and Zig fishing, the lead will be a matter of inches from the thing we expect them to pick-up and eat. It was the mighty Jim Gibbinson that first wrote about this, but I had heard about it a while before. "Uncoated leads are far less visible than the coated variety". I had been fishing a lake near Reading and during the winter a diver swam the depths to recover discarded leads which he sold to a local tackle shop. I chatted to him for a while and he said the easiest ones to find were the coated variety. "They stuck out like a racing dog's bollocks" was his colourful description! Conversely, he said he only found uncoated leads by accident. "You just can't seem 'em" he finished. Interesting is it not? 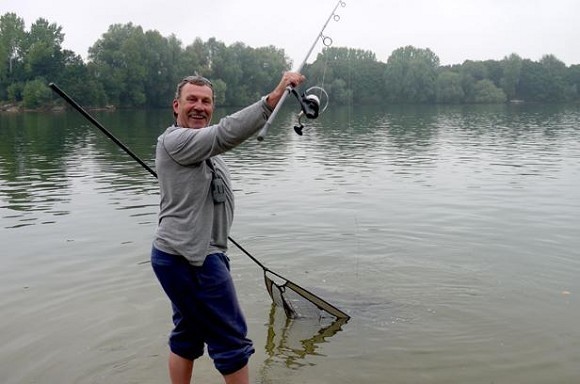 Now we have a carp enter your baited area, who, it has been muted, has the vision of a shite hawk. If his vision is so good and he is so acutely aware of our end tackle, why hasn't he bolted from the area when he has spotted the very obvious lead, and why then has swum straight over it in an effort to get to the yellow pop-up him and his mates have fallen foul of time and time again? We haven't even talked about the multitude of other stuff that could, if you believe all that you are told, frighten him to death.
Ian Chillcott

The easiest lie to tell is the one you know that everyone wants to believe. Never have I heard such a poignant phrase. We have encouraged up and coming anglers not to look in the one place they will always find the answer to their problems, and that is in themselves. The commercial Goliath that is carp fishing makes people say things that they can't really confirm, and also bends their own ideas and beliefs horribly out of shape. I and a couple of my mates were once told, on the banks of a large and hugely famous Colne Valley water, by someone we all accept knows a thing or two about carp, that a thirty-pound carp cannot see somewhere between eight- and 10-inches in front of his face. Yet today, whilst having a commercial tie up, that distance has now diminished to mere three to four-inches. And there was I thinking that evolutionary changes of that magnitude took tens of thousands of years to happen. Silly me!

And finally, I read in another magazine a tackle company-backed Q&A article. Every single one of them was described as a carp fishing expert, all bar one. He went on to describe how incredibly good a carp's eyesight is, without any scientific evidence to back up his claim. He was described as a 'media guru'... I rest my case! Laters.

This article was taken from Issue 108 (March 2013) of CARPology magazine. Be the first to read CARPology's articles in print before they're posted on-line, and get your hands on loads of additional content by subscribing on-line.