Get a wriggle on

Mat Woods reveals the worm presentation that’s accounted for some loads of double-figure tench and 20+ bream in the last 12-months. Oh yeah, and literally dozens of ‘nuisance’ carp…

Now most of you will know that I am the Avid Carp Brand Manager. What you may not know is that I am also the Korum Brand Manager, which puts me in regular contact with a team of specimen anglers whose list of PB’s read like a not-in-a-million-years wish list. These lads are good, really epically good, and the rigs and baits they use cannot be ignored – especially seeing as how most of them slip the net under just as many carp as ‘proper’ carp anglers. They might be a ‘nuisance’ to them, but they aren’t for me! 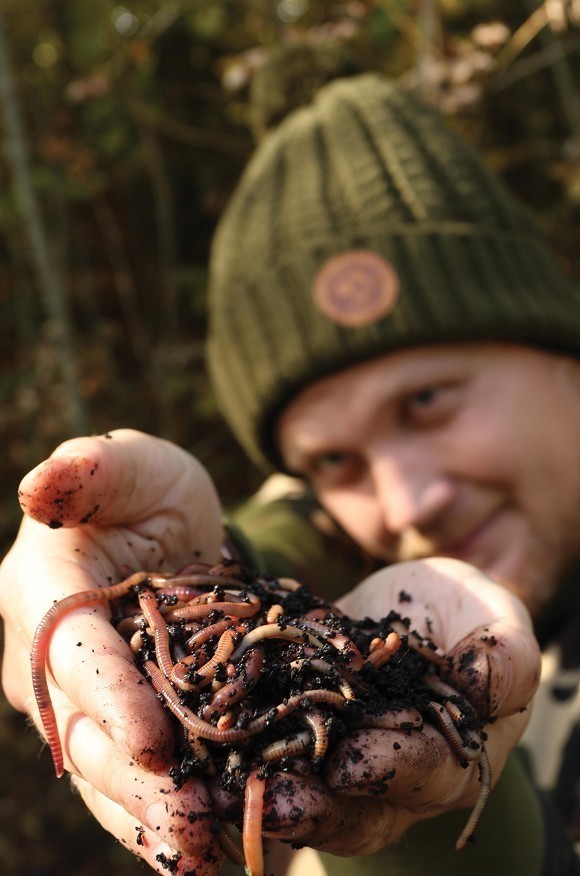 Hair rigged worms: nothing new, but how these are kept captive is what makes the ‘Gribbler’ so special

There are a couple of presentations that feature quite often when speaking to the likes of Dai Gribble, Gary Knowles and Rob Thompson. One of them, the Caster T-Bar, I showed a few issues ago, but the one that is now nicknamed ‘The Gribbler’ is the one that I think we as carp anglers should give some serious thought. 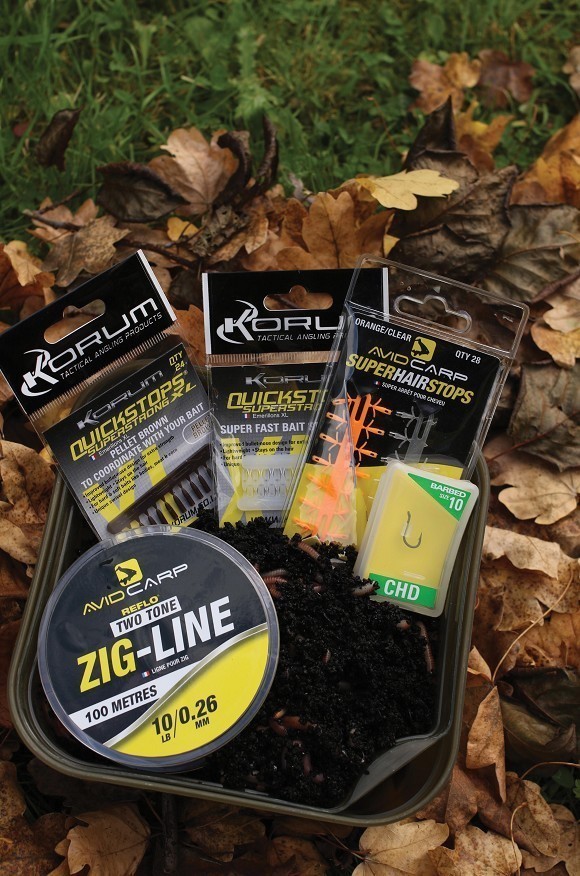 Using a Quickstop or Super Hair Stop will keep the worm captive on the hair, as the stop itself is captive

It’s so-called as Dai Gribble popularized the idea as a specimen tactic. The idea was previously introduced to the match fishing world by five-time World Champion Alan Scotthorne, by the way. Just saying. Dai has subsequently used the hookbait to catch more big bream than anybody thought possible, and more big tench than anyone else, ever. And this magical hookbait? Well, it involves worms, but it’s not like anything you’ll have seen before. 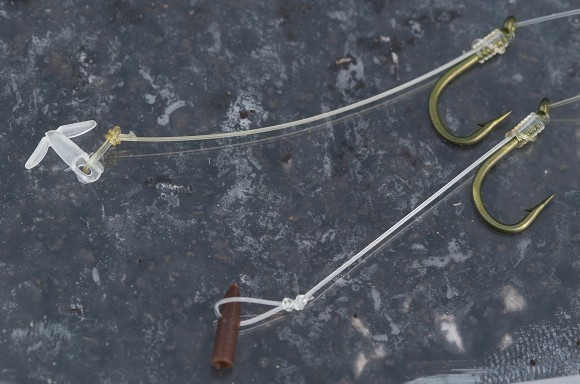 You can see here that the stops are retained in the Hair loop. Essential if you want to keep your worms on

In the Korum range, one of best selling products and something that continues to sell in the tens of thousands every year is called a Quickstop. This attaches directly to the end of the Hair, in the Hair loop, and then is pushed through the bait with a needle. Once through, it hinges to provide a bait stop. For match and pleasure anglers, it saves boatloads of time. It must be good, as just about every other coarse brand going has shamelessly copied it. 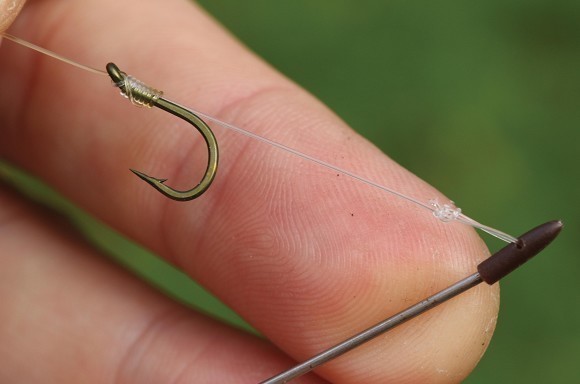 The stops themselves can be pushed through baits with a dedicated needle. It’s messy, but worth it!

If you’ve ever tried Hair rigging a worm before, you’ll have noticed that the worm moving around tends to force a standard boilie stop free. With a Quickstop, the bait stop is captive, so the worm cannot come off the Hair. I know Dai has messed around using XL Quickstops and also the Avid Super Hair Stops, which are like a Quickstop, only with a hat on them (for want of a better description.) Either do the job beautifully. 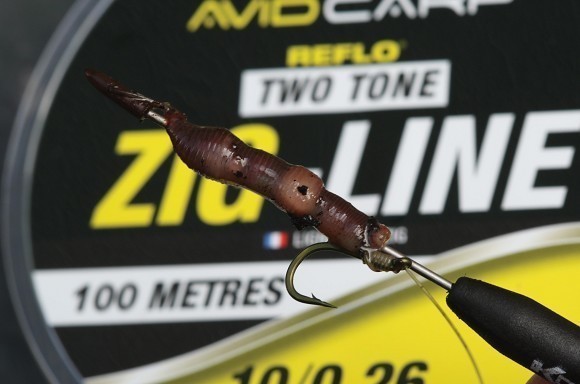 A single half-Dendra worm is great for dropping in front of feeding fish, or when finesse is required

Now there are two ways of spearing the worm (sounds like a euphemism, but I’ll save the cock jokes for Regan) and I have caught carp using both. My favourite is using just half a worm, going through the pointed end and out of the gooey bit. This gives you a lovely tapered hookbait that’s lovely for lowering in to feeding fish, or when using a little PVA Stick of natural goodies. 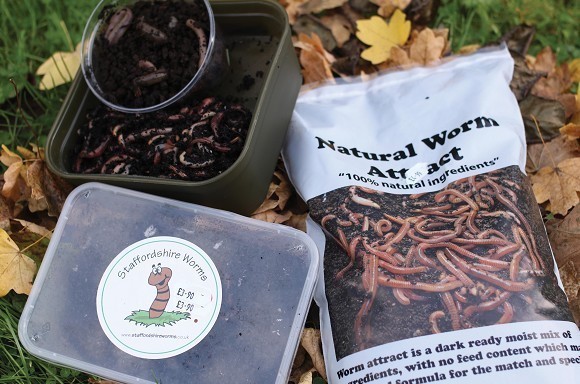 The Worm Attract (right) makes a great PVA bag or spod mix additive. It’s the soil that worms are bred in. It’s basically passed through a worm thousands of times, so is loaded with wormy attraction

The other uses lots of chopped worms, creating a gross kebab of worm bits. This is Gribble’s favoured approach and obviously pumps out a bit more attraction, as there’s more exposed worm guts on show! 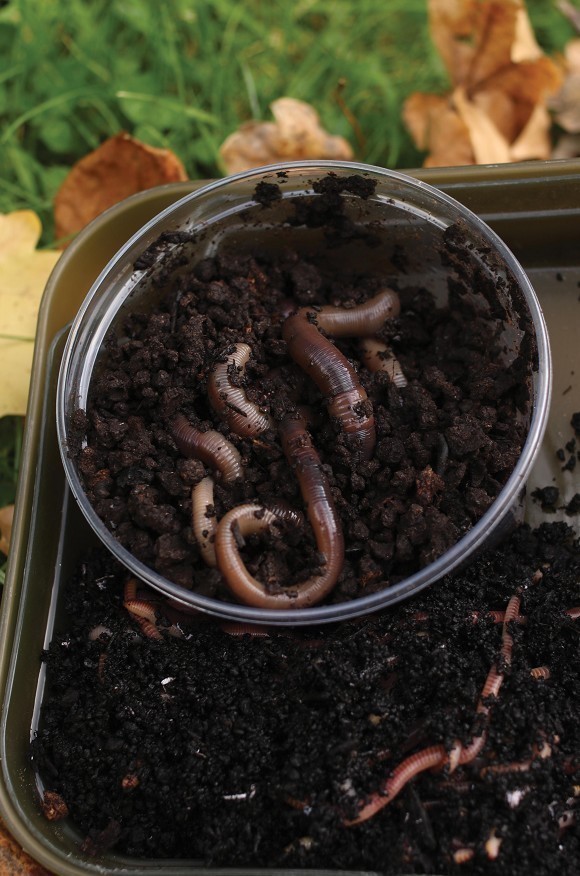 Big lobworms are more expensive, but a hardier alternative than Dendrabenas

My best results have been using this on fluoro or mono hooklinks. It just gives me more confidence that it doesn’t end up in a mess on the lakebed. I also like to use it in conjunction with a particular bag mix, which I rarely bother with, if I’m honest. 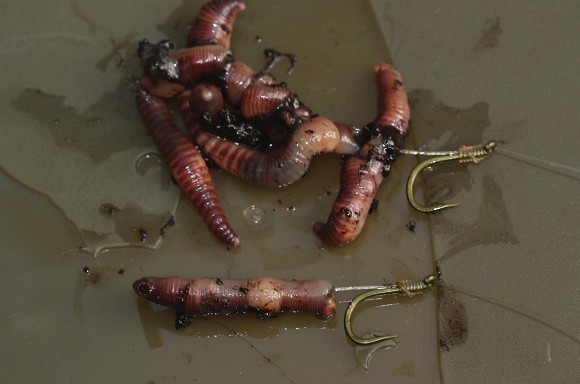 My local tackle shop, Ian’s of Penkridge, is a shrine to the worm. Ian farms worms, he sells the Dendrobenas and Lobworms and he sells the compost they live in. He also sells a special ‘Worm Attract’ bait to match anglers, which is basically the compost that the worms breed and are born in. In Ian’s delightful words, “Imagine all the juices.” Gross, but confidence-inspiring. Dai uses bags and bags of the stuff and it’s something I’ve added to my spod mix on the sly since I first discovered it a couple of years ago. People tell me it makes no difference, but the same people don’t catch much, so I don’t care. As I don’t want to upset whatever may or may not be in the Worm Attract, I don’t add anything to it. I just mesh it up and hook it on. Job’s a good ‘un! 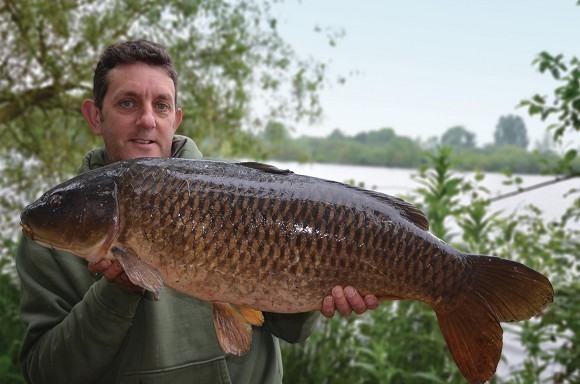 Here’s the man with the knowledge. Dai Gribble, one of the UK’s leading specimen hunters

Now for many of you reading, this is all very complicated and arguably the best way to fish a worm is attach it directly to the hook. “Fish it on the float,” they say. “Get the centrepin out,” they holler… I’d rather fish for bream! 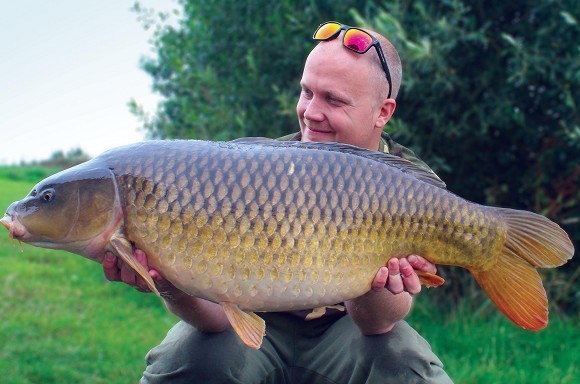 Here’s a Baden odd ‘un bagged on a Worm Attract PVA presentation. The natural approach often singles out fish like this that don’t see the bank very often

At Home With Albert Romp

From The Back Of The Van