Famous for: Burning brightly in the 2000s with plenty of innovative products including a glow-in-the-dark glug.

Why so successful?: Back in 2005, carp fishing was booming and plenty of bright young entrepreneurs were launching companies with forward-thinking products. It seemed a time of opportunity, and Vision Baits were one of those plucky upstarts who created a big stir at the time. The company’s Ecto-Plasm bait dip was an incredible glowing liquid that got tongues wagging, but Vision also made quality boilies like the Semtex and Carp Candies hookbaits range. 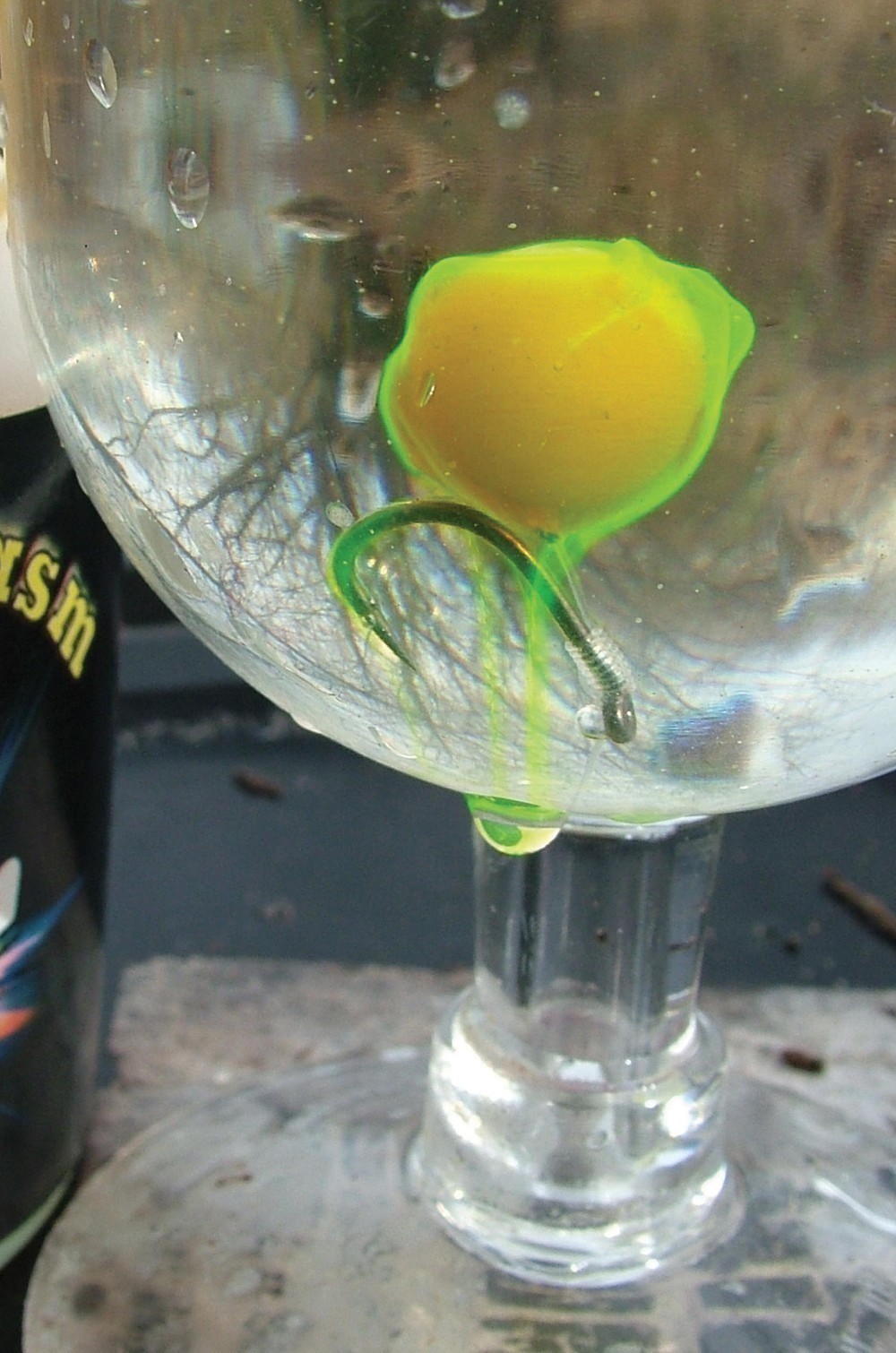 Vision Baits’ most popular product was the Ecto-Plasm

Stand-out product: Ecto-Plasm was released in both a Day and Night version and could be ‘charged’ by the rays of a UV torch to glow-in-the-dark. Launched in 2008/09, it pre-dates Kiana Goo by a good few years yet never quite took off in the same way. It still looked amazing in tank tests and certainly caught a few fish.

Why they shut-up shop: Vision Baits were put up for sale in 2010 after five and a half years in existence. The company, headed by experienced and well-liked carper Darren Conway, say they found it hard to compete with the advertising budgets of their biggest rivals at the time. It was an era before the explosion of social media, when print advertising still dominated, and Vision, despite their innovative products, were sadly muscled out of the marketplace. 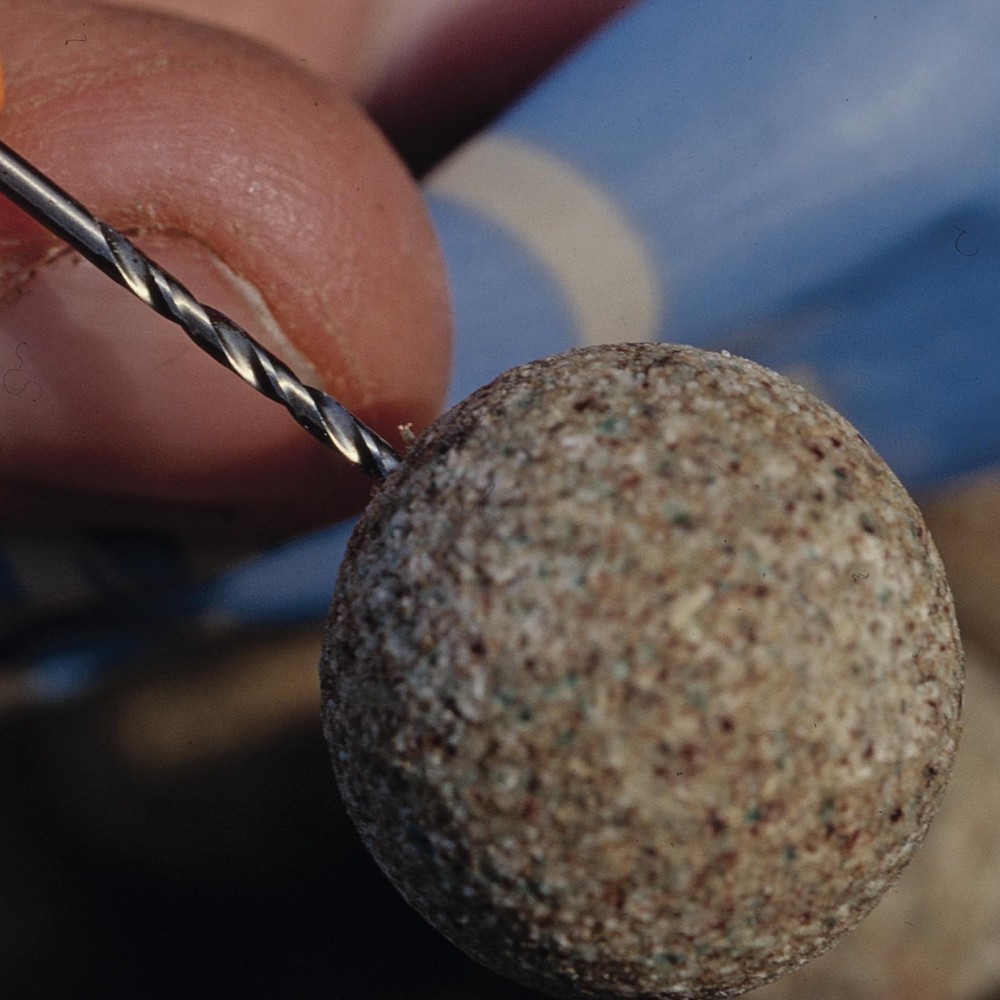 What were they?: Pellets. In a ball shape. That dissolved.

Were they any good? If helping Simon Crow and Rob Hughes to become carp champions of the world in 1996 isn’t classed as ‘good’ we don’t know what is!

How many were sold?: Millions of individual Ball Pellets must have been fired into lakes across Europe during their time in production. These rock-hard spheres had flavours to match Nash’s classic boilies of the day, such as Monster Pursuit and Scopex Squid. They also looked a lot like boilies and had very similar packaging, so plenty of 1990s carpers will have accidentally picked up some Ball Pellets expecting them to be boilies. You either noticed and cursed your bad eyesight before you cast out, or, if you were a little wet behind the ears, assumed they were boilies and only twigged when you reeled in a bare hook.
If used correctly, however, Ball Pellets were brilliant. At the World Championships at Fishabil in 1996, Hughes and Crow used their spherical shape to stick and catapult them to long distances and create a bed of broken-down attraction that looked nothing like the standard boilie approach of the time.

Could they make a comeback?: We imagine that Ball Pellets are probably a bit of a pain in the backside to manufacture, but their attributes would certainly be welcoming on the current scene. 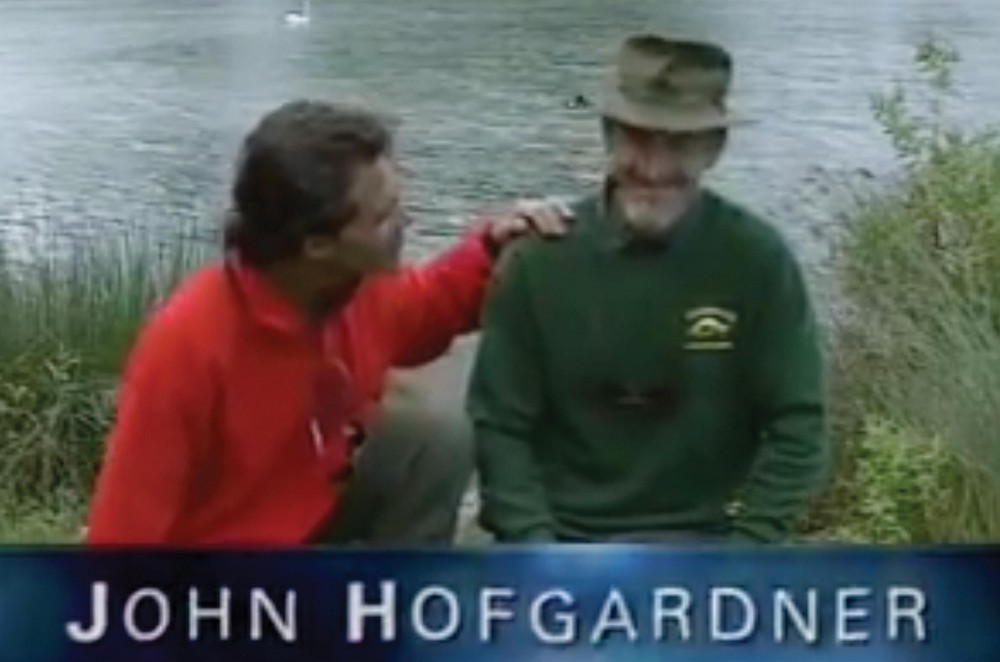 Who: The father-and-son duo who thought outside the box.

Venues they fished: Often seen in fishing videos or print articles at popular day-ticket waters like Linear and Wintons.

Renowned for: The affable father and son were known for introducing carp anglers of the 1990s and early 2000s to tactics that might otherwise have been ignored. John was renowned for his stalking tactics, particularly utilising a sunken float. Deploying this variation on the lift method was alien to most buzzers-and-bivvies carpers at the time (and still is now!) but John managed great success with his margin work. He often landed the carp - many of them over 30lb - on a centrepin reel. The pair were also well known for popularising the Method feeder for big carp. This tactic, often called the inline feeder at the time in the 1990s, took angling by storm but was sometimes seen as a presentation for tench or smaller carp on the burgeoning commercial match scene. John and Ben ably demonstrated it could be used for catching specimen carp too.

What they do now: We’re not entirely sure. A search of social media turns up very little, but that certainly doesn’t mean they’ve packed away their carp gear. 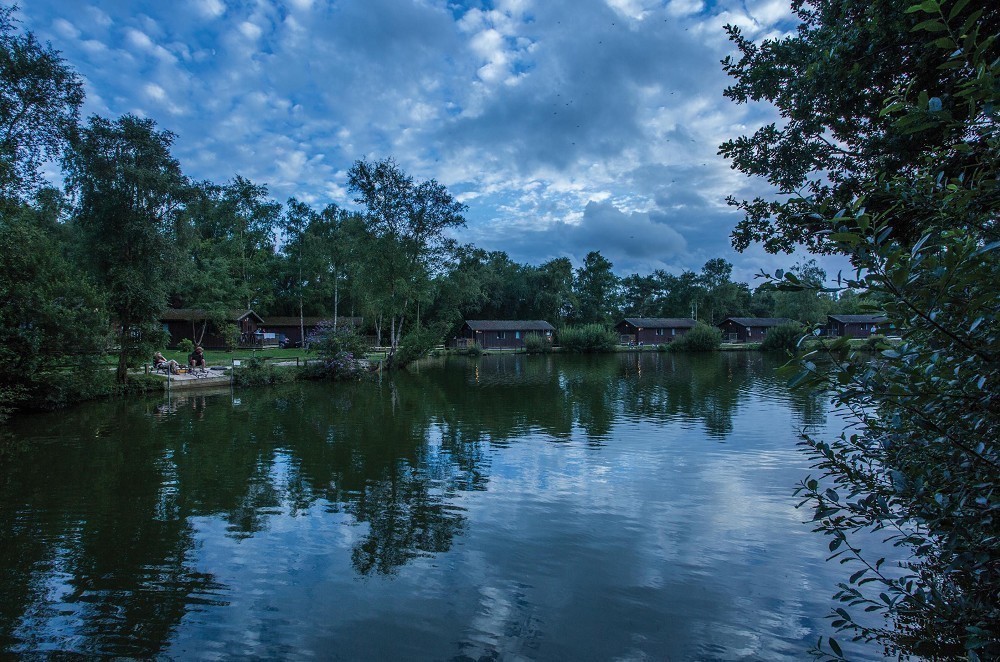 Set in the middle of a holiday park, Warmwell was open and accessible to everyone

Who fished there: Kevin Nash is the biggest name associated with this venue, but many a big name angled on there during its glory years.

Claim to fame: Home to a huge common of over 50lb called Herman.

Overview: On an otherwise unremarkable holiday park near Weymouth in Dorset sat three small lakes overlooked by chalets and lodges. In one of them, the Specimen Lake, lived a massive common - the biggest in the country for a while - called Herman. If you think that sounds vaguely familiar you may well have seen the iconic image of Angela Clayton cradling the specimen. She caught the fish at 50lb 8oz in 1995 and the image was used in long-running bait adverts in the carp press. The lake also held a 40lb-plus mirror called Bertha, or Big Bertha, that was also well known at the time. Kevin Nash was one of the stars to fish the venue and said the fish were incredibly riggy and difficult to catch. It was here that he tweaked his ‘blow out’ rig by placing a piece of silicone tubing on the bend of the hook to trap the Hair, though he never did catch Herman. 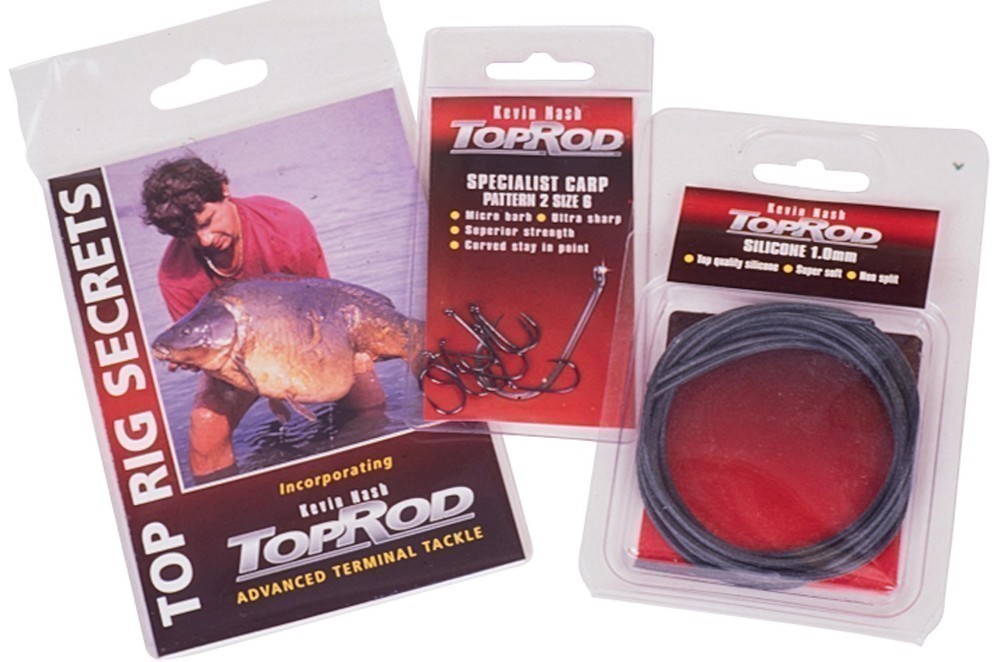 It was at Warmwell that Kevin tweaked his ‘blow out’ rig

What happened to the fish?: After its period in the limelight during the 1990s and early 2000s, Warmwell sadly suffered a fish kill and its giants perished.

What's happened to the lake?: Fishing is still going on the site and the carp angling has bounced back. The Specimen Lake contains fish to over 30lb, while the two pleasure lakes have carp to 20lb. 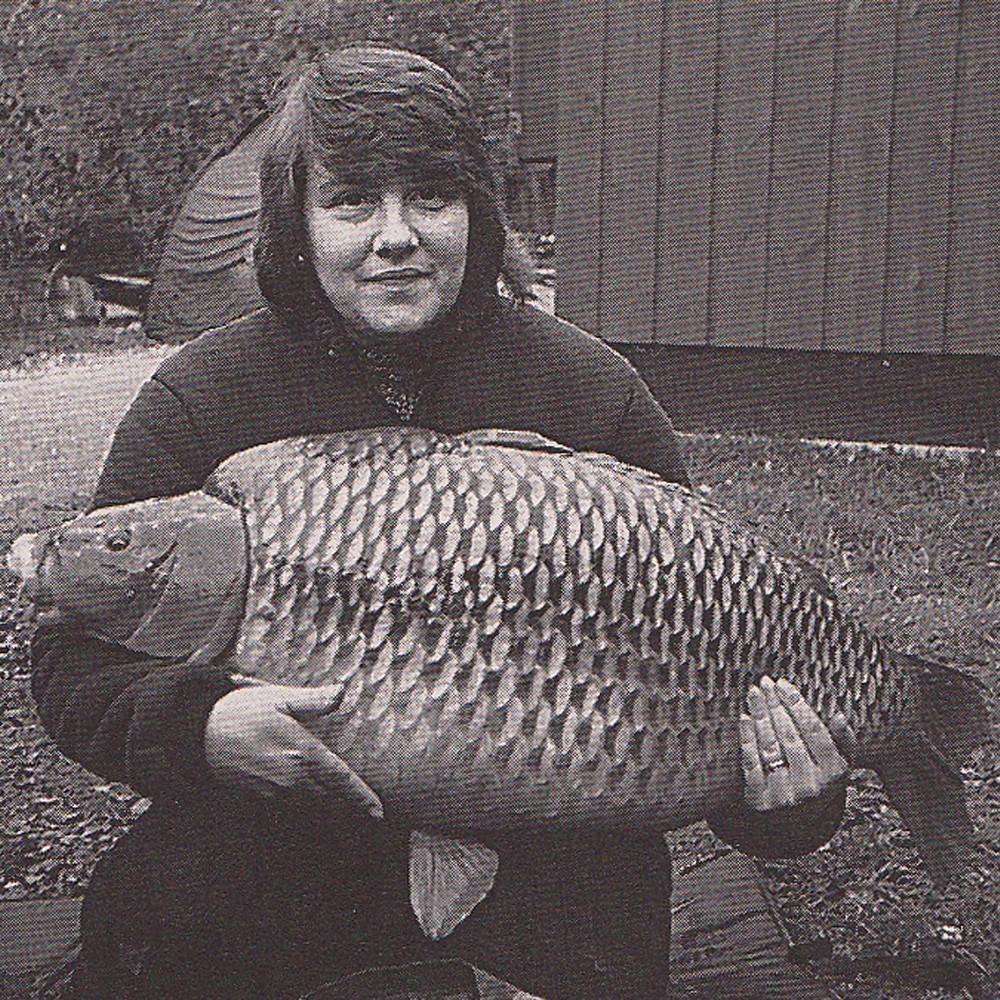 What ever happened to the River Nene Electricity Cut?

What ever happened to Withy Pool?

20 carp moments that you might have forgotten happened in 2008