12 of the biggest bait myths busted

The theory Dull coloured baits that give off a good stench seem to be a popular choice amongst anglers in recent years, as many believe the carp home in more on the smell of a bait rather than the sight of it.

The facts “That would throw Zig Rig fishing into a lot of doubt, as a classic Zig works on sight alone; there’s no smell involved,” says fish expert and lake owner, Ben Gratwicke. “Considering that Zigs work so well I’d say that fish feed with both smell and sight. And I certainly think that a male carp, around spawning time, would feed a lot more on sight as they become quite aggressive.” 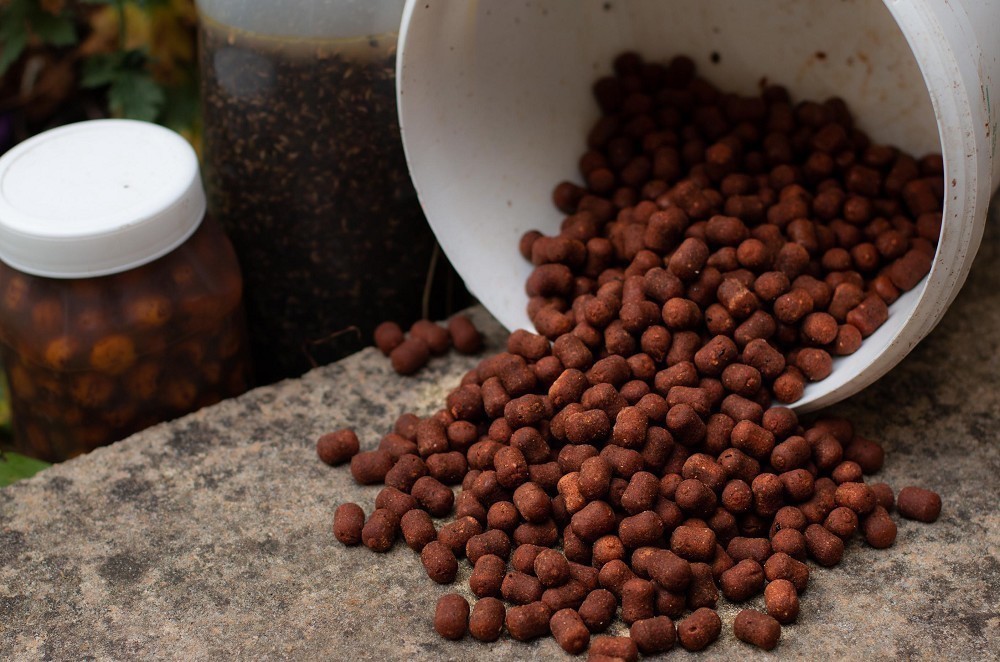 The theory For years there’s been a theory that fishmeal-based boilies are a serious no-go area in the winter months, but is that just rubbish or is there some truth behind it?

The facts “When does a bait become a fishmeal one?” quizzes Simon Crow. “With 1% of fishmeal in it or 50%? This saying is one that always amazes me because there’s so many winter carp that get caught on baits with fishmeal in it makes me wonder why some anglers still say it.” 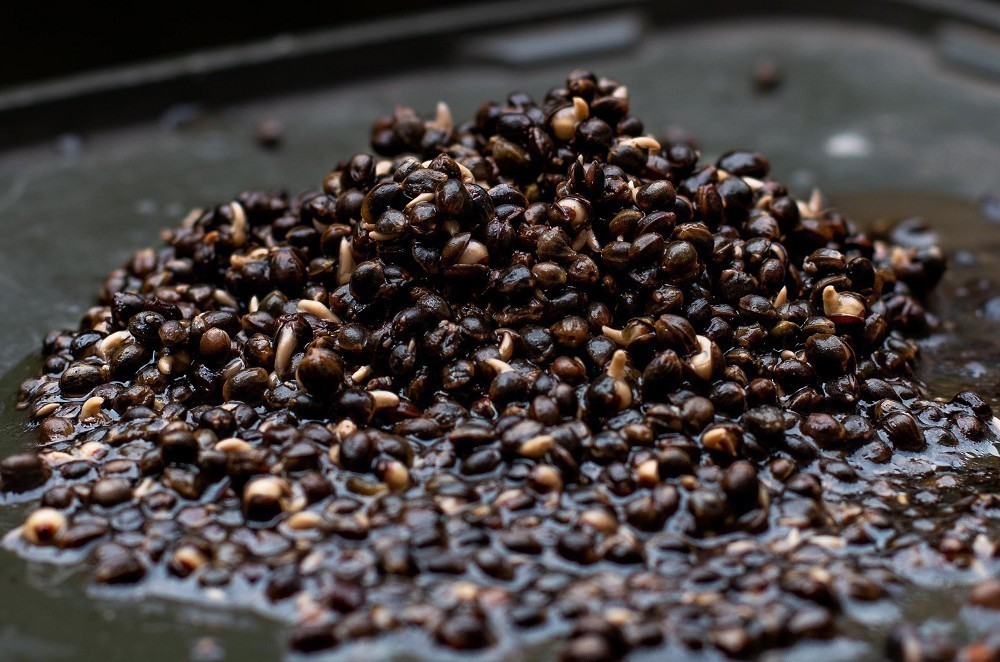 'Hemp has the ability to drug carp'

The theory This has to be one of the oldest bait theories going and could explain why hempseed is one of the most successful baits going.

The facts “Now whilst this may have once have been a valid theory when trying to work out why hemp is such an effective bait for so many coarse species, we do know different these days,” says bait boffin, Ian Poole. “It was explained to me a long time ago now by someone with far more knowledge on this subject than me that the hempseed grown for fishing contains such a minute psycho-active element that it would have no effect and certainly wouldn’t be worth growing!” 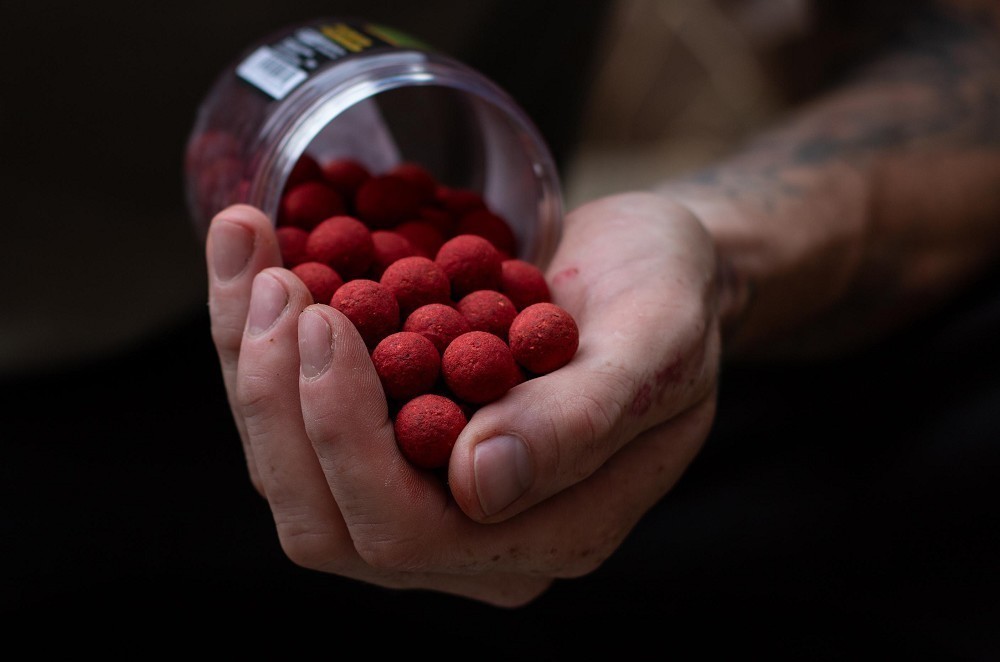 The theory For years, the supposed fact that carp cannot see the colour red has been the centre of many bankside discussions. Is that really true or is it codswallop?

The facts “That’s definitely an old wives tale,” says Ali Hamidi – a chap who’s spend hours watching carp underwater. “I’ve spoken to two different people who have done scientific tests on colour reactions with carp and what they found was that warmer colours such as reds, pinks, oranges and yellows – in that order – were the most visible colours. Colder colours such as blue were the least visible, so yeah carp can 100% see red baits!” 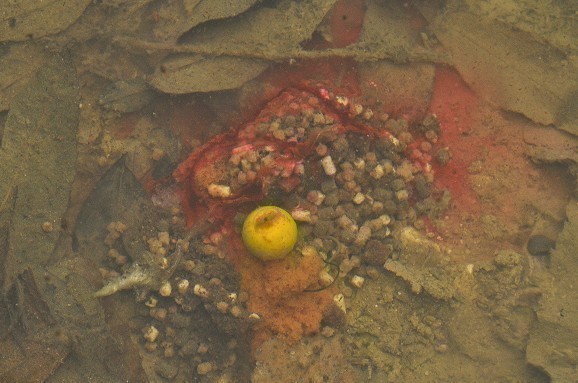 'Clouds of attraction scare carp off your baited area'

The theory It’s believed that the cloud effect from liquids such as Goo can hinder your fishing rather than improve it. Is that really true?

The facts “Total garbage!” laughs Ali Hamidi. “The people who believe it scares fish probably haven’t used the product, they think that you put it on and you get this enormous plume of green or red, when in fact it’s less blatant than that. The cloud isn’t just a cloud of colour; it’s a cloud of taste and other attractors that trigger the fish’s receptors to attacking the bait.”

The theory Looking to catch the largest carp in the lake it stands to reason you need to use the large bait going to put off the smaller fish, right? It sounds logical, but does it work?

The facts “It’s a myth,” says renowned big fish angler, John Kneebone. “You can’t use a bait size to distinguish between sizes of fish. I’ve caught big fish on small baits and small fish on big baits. The size of your hookbait should be relevant to your feeding approach, not what size fish you’re after. If you are feeding smaller food items such as particles, then fish a bait of the same size, maybe a small 10mm boilie. Use bigger baits when you’re feeding bigger food items – i.e. if you’re lobbing out 20mm boilies as feed then make your hookbait the same size.”

The theory It’s believed that piling in the bait can spook wary carp as it looks like an obvious angler’s trap. Are carp really clever enough to think that or do they love a good feast?

The facts “The one thing that gets carp into trouble is greed and a big bed of bait will be just as effective now as it was when the tactic was first employed,” says Ian Chillcott, a known lover to heaving in the bait. “During my time on the Frimley syndicate I caught pretty much all of my fish over big beds of bait, including the big ’un at over 40lbs. Even through the winter I would still put up to 7-8kg of bait over each rod and the action never slows down when I’m doing this.” 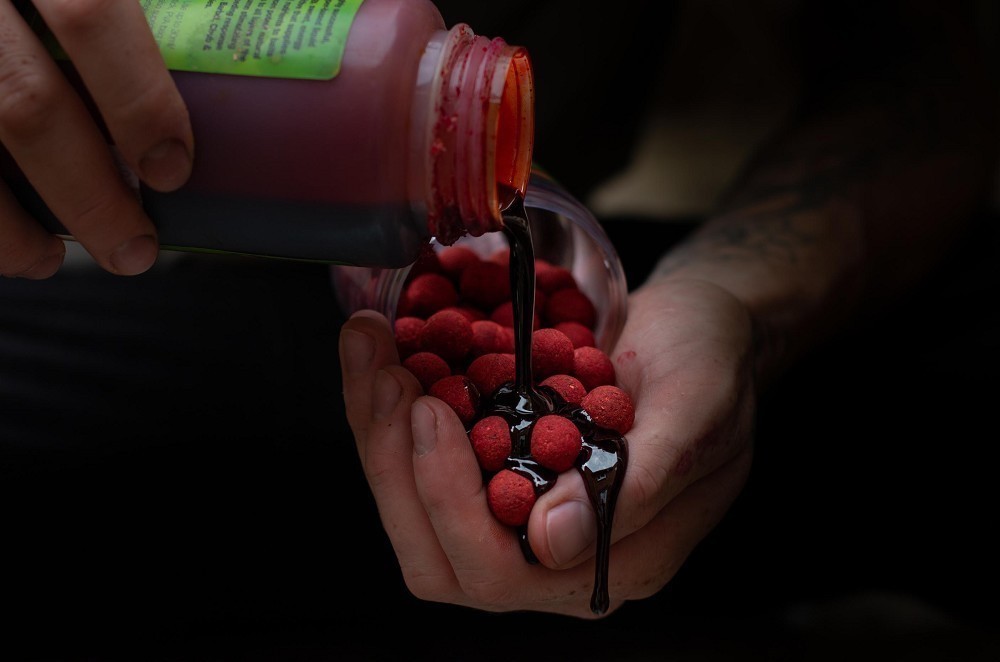 'Glugged baits can be too attractive'

The theory Is it really possible to make your hookbait too attractive?

The facts “Yes and no,” states Bob Baker, owner of top bait company, Richworth. “If you glug your baits in neat synthetic flavours, the taste can be overpowering and it will do your fishing more harm than good. For example, if you were to pour half a bottle of neat peach flavour into a tub of pop-ups, other than it smelling nice to you, it’s actually going to put the carp off. However, if you’re using natural glugs such as Minamino compounds or L030, you simply can’t over do it.” In other words: the more the better. 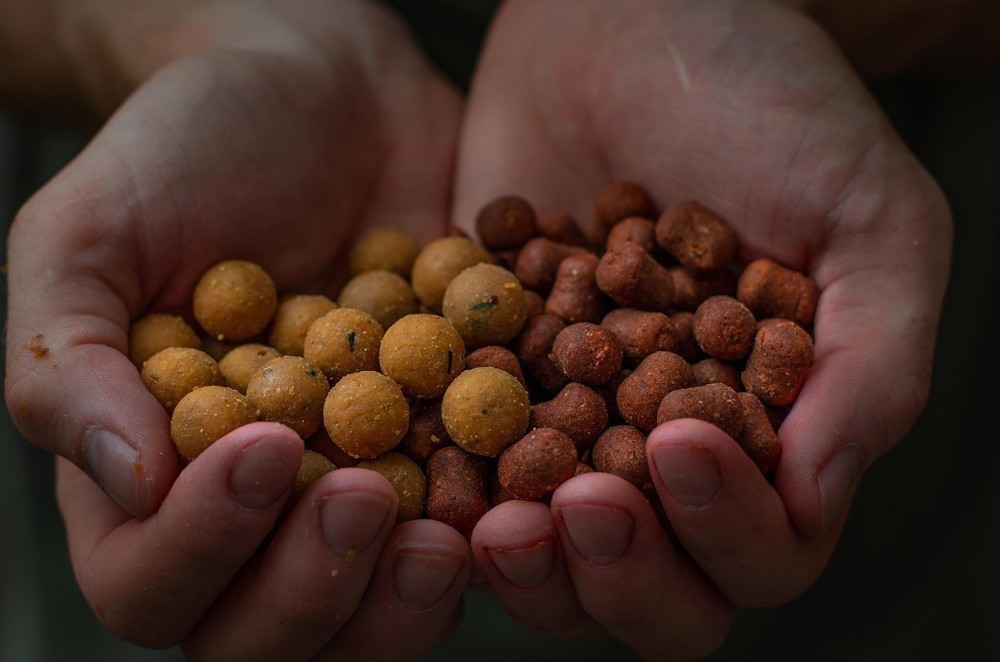 The theory This is one of the biggest and longest running debates in carp fishing. So is there really any truth in it?

The facts “Absolute crap! I think there have been some very poor shelf-lifes sold in the past and there are still some shelf-lifes out there that aren’t great, which may be why this theory has come about,” reveals bait guru, Bob Baker. “But if you’re buying off-the-shelf boilies from the likes of Richworth, Mainline or Nutrabaits, to name a few, you know that the quality of those baits is going to be top-notch. Brands such as these simply won’t risk their reputations by producing poor bait, so I really don’t think there’s any difference.” 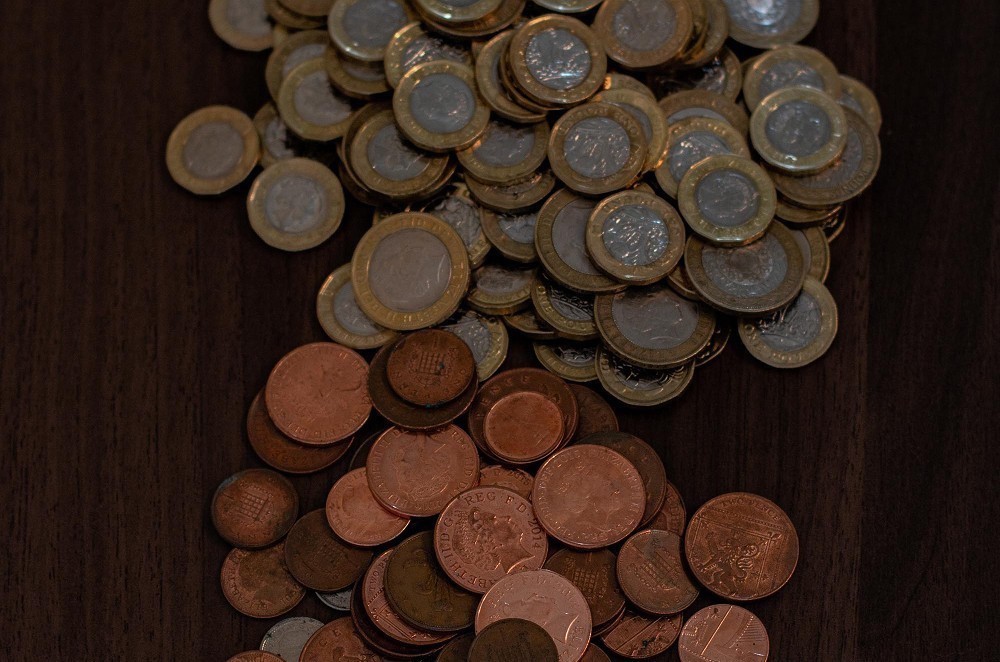 The theory With loads of different baits on the market nowadays and varying prices for all of them, many believe that you need to pay top price for good quality bait and the cheaper stuff doesn’t work. Is this true?

The facts “Total rubbish!” roars Mistral Baits owner, Allan Parbery. “The British record carp was once caught on a plastic bait which costs next to nothing. Carp just love food, what they want to eat one day is not necessarily what they want the next. Particles type carp bait for example (hemp and parti-blend) are cheap as chips and they’re an amazing bait, so I’d definitely say that the cost of bait doesn’t reflect its ability to catch carp.”

The theory This one has been around for decades: getting a lady to dowse our baits in fluid passed through her nether regions is apparently a big edge to catching carp. Is it really?

The facts Says fish expert, Ben Gratwicke: “Georgina Ballantine holds the salmon record and many other female anglers have caught a lot of big male salmon and it’s through this that the theory was formed, however, there is no scientific-proof. It’s hard to say for sure whether this is true or not, but having said that I do think that male carp, especially as they get into spawning mode, could be susceptible to pheromones and it could be used to your advantage.”

The theory It’s said that the bigger, clever, older and wiser carp will often only feed on the edge of a baited area and let the smaller, less experienced carp feed amongst the bulk of the feed. 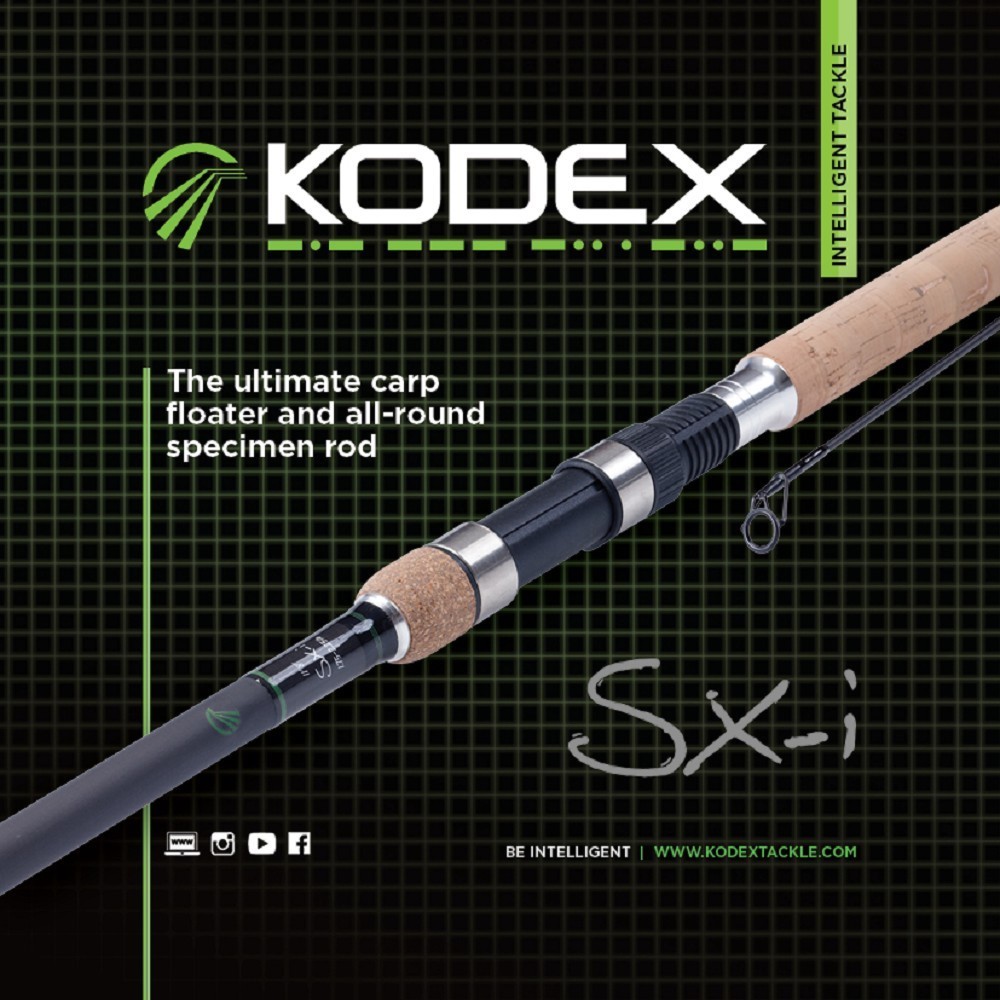