Including a step-by-step guide...

CARPology: How does this differ from your summer mix, and why do you make these changes?
Adam Penning: “By late summer and into the autumn, natural food is in huge availability - more than any other time of the year I think. When you factor in that the carp have been under a lot of pressure since March, this can become the hardest time of the entire year. Using a mix like this is totally different to anything other anglers will be using, thus reducing the element of ‘predictability’ which is so vital on waters that see a big volume of pressure.”

How deep into the year will you continue using this mix?
“Until perhaps mid-November or whenever it starts to turn really cold. Once the water has dropped well into single figures I will switch to my usual winter mix which is a little different.”

What’s your go-to winter mix then?
“Maggots and Manilla crumb with 2.5mm Manilla Pellets. To this I add Condensed Milk which is gently heated and thinned out with Cloudy Manilla liquid.”

Going back to your autumn mix, chopped tigers and casters are two baits you don’t often see included in a spod recipe; clearly you really rate them?
“Chopped tigers are like chopped boilies in so far that a boilie is a great bait but a chopped one is even better. Tigers are one of the greatest baits ever and again, a chopped tiger takes the edge and attraction a little further still.

“Casters are one of my best secrets - nobody really uses them and I think they might even be better than maggots. In fact, I don’t use them all that often in the scheme of things and yet, when I consider some of my best captures of really big fish, casters have played a role that is disproportionately large. When you combine chopped tigers, hemp and casters you also get a huge crunch factor - something that will be audible through the water column for a long distance.”

Finally, what hookbaits do you use over this mix?
“A trimmed down Krill Wafter or a trimmed, balanced tiger nut.” 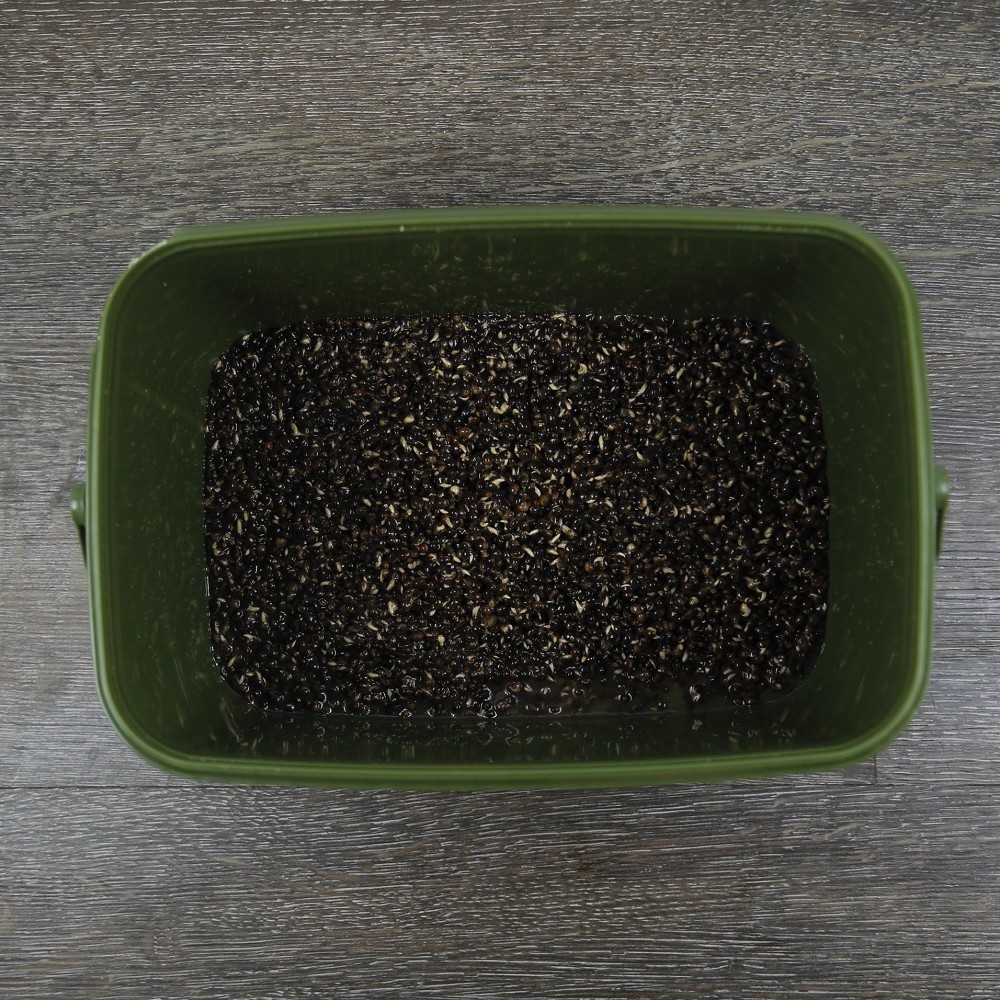 1. Start by adding the hemp to a bait bucket; this equates to 20% of the overall mix.

3. Adam is a huge fan of boilie crumb, and the remaining 50% of this autumn mix is made up of chopped Krill. 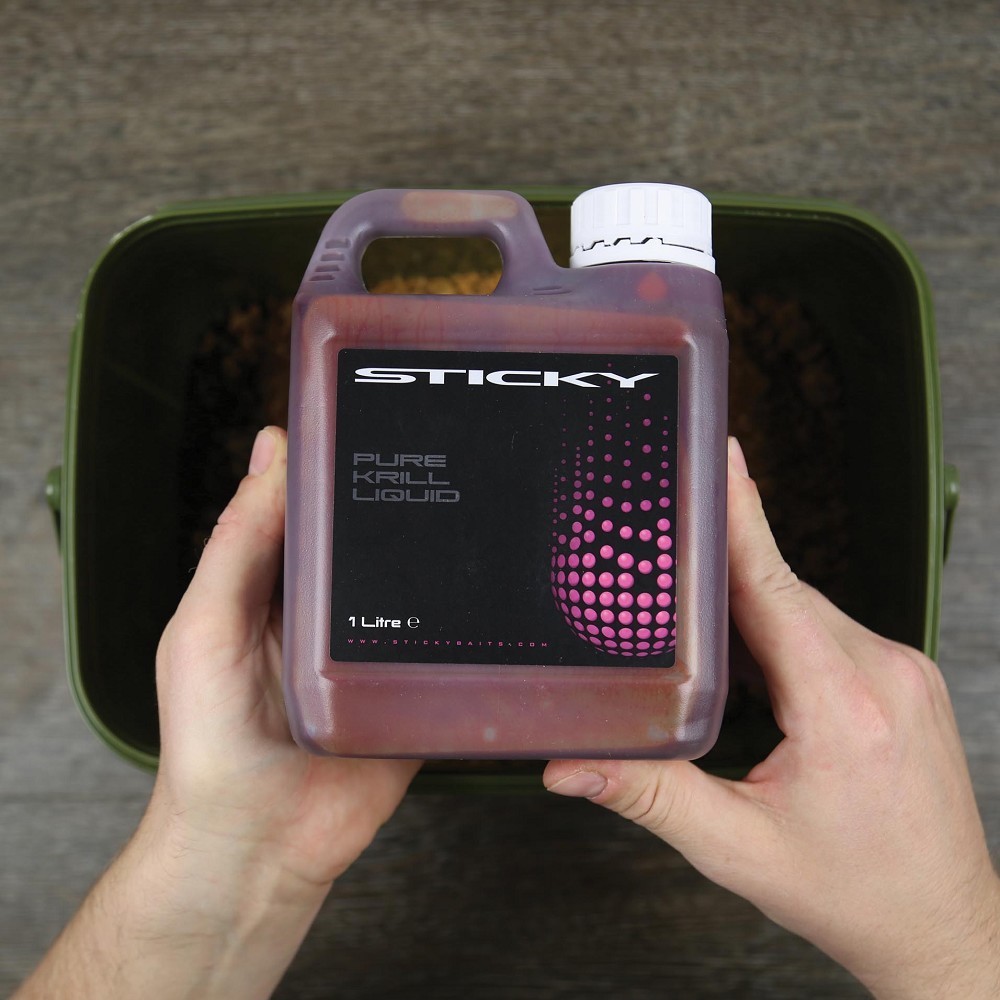 4. Mix well and then add a very liberal dose of Krill Liquid. It’s now ready to be Spombed out… 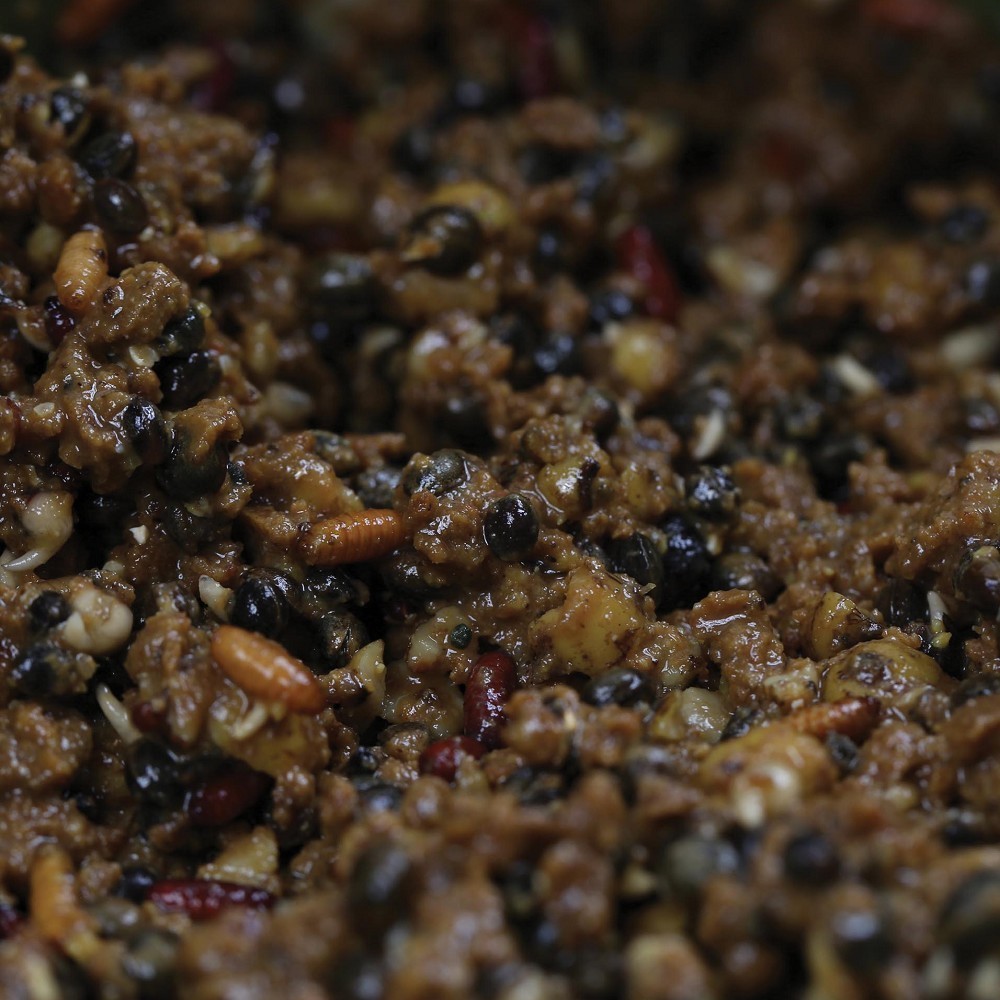