What makes Vital Baits so different, and why should the UK's carp anglers take an interest in baits made in Denmark? Frank Warwick explains…

I’ve been passionate about making bait since the formative years of my carping in the ’70s. To me, it’s almost as big a part of the essence of carp fishing as the catching of the carp. The two things simply go hand in hand and cannot be separated. I think it’s a bit like eating food: you’re either the sort of person that doesn’t mind readymade meals, or you prefer to make everything yourself. I guess the Holy Grail for me, was always trying to create the ultimate carp bait - most probably impossible, but it didn’t stop me wanting continually to try.

Over the years, I have met quite a few similarly minded people, my old mate Johnny Baker being one that springs to mind - he’s right up there in my opinion. In recent years, I have become very good friends with Danish angler, Henrik Hansen, who resides now in Norway. We met at the World Carp Classic in 2012 and instantly hit it off, especially as it soon became apparent that Henrik was totally mad about bait and, also had his own successful bait company.

We kept in touch and would often spend many hours on the phone chatting about ingredients, and also about some truly amazing natural ingredients that he’d gained access to over the years whilst working in Scandinavia. Henrik, you see, has his own engineering company that maintains and services most of the big fishmeal plants and those of pellet manufacturers etc. over there. These include a fascinating facility called Sea Garden, that distills all manner of liquid and powder extracts from the sea. They were the sole manufacturers of the awesome L-Zero 30 liquid and many other incredible bait compounds known to trigger feeding responses. 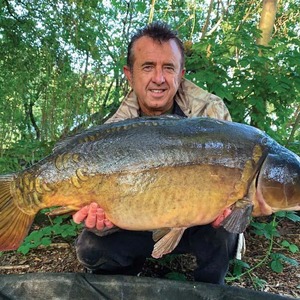 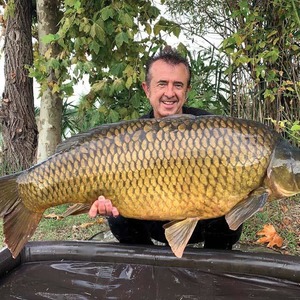 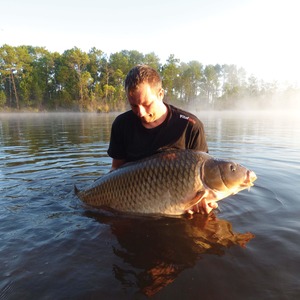 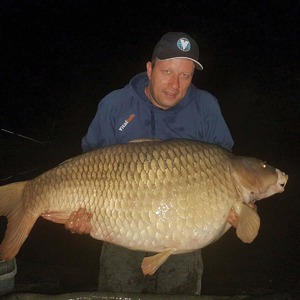 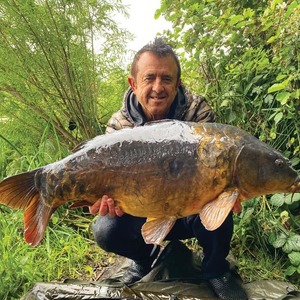 Henrik has a full working relationship with these people. He can obtain everything beyond your wildest dreams, and at beneficial prices, so he’s able to use these often prohibitive-costly ingredients at inclusion rates that would normally make a bait commercially unviable. Trust me on this: the single biggest dilemma any company is going to have, is putting the right gear in a bait, in the quantity required to make a big difference, yet still see it turn a profit, because to do both is next to impossible. Here though, was Henrik, able to access these ingredients at the right money, so he could use just what he wanted in his own baits, with no corners cut whatsoever - something he took great pride in.

I was in the situation where I wanted to collaborate with a bait company on new projects, and also be hands-on, not just some kind of consultant that’s sent bait and doesn’t have any say in what goes into it - to me, that’s not really being a consultant at all. Henrik introduced me to fellow Danish bait man, Nicky Hedin, who owns Vital Baits. We chatted on the phone for hours, before agreeing to meet at Nicky’s surprisingly large factory. I could smell the products long before we entered. That amazingly rich fish-plant smell emanated from row upon row of tote bags that held literally dozens of tons of the krill meal, LT94, and other seriously good ingredients. When you know, you know! Here’s a man who doesn’t mess around… a proper bait man who has his own, very unique take on baits. The set-up was something very different, something I’d come to appreciate fully during my three-day stay. I was in my own bait-making heaven, with a guy whose take on bait, and whose knowledge of the subject were stunning… I had found my home!

I decided after all I’d seen, that this was the company I wanted to be with. It was important to me that I’d be using bait I could have total confidence in. Nicky’s bait has a real cult following in Europe - I heard that English anglers had got wind of some of the big hits on Rainbow Lake, for example, on a bait called Nutty-Crunch, and then had huge success on it themselves. The first time out in England, I had 7 bites in 48hrs on my very tricky Shropshire syndicate lake on The Kraken, a string of big fish culminating in the lake’s big common at a spawned-out 33lb 14oz.

Nicky, can you tell us something of your history with bait, and about sourcing ingredients?
“I was born in Denmark and I first started to fish for carp in the early ’90s. Back then, there were no readymade baits or base mixes available, so the only option was to start messing around with ingredients in my mum’s kitchen. Later on, in the early ’2000s, I was introduced to fishmeals through my family’s business connections. I then figured out how the different marine ingredients could have such a positive impact on my bait.”

Can anglers buy your bait direct online from the UK, or from shops?
“We sell to trade clients only; that’s the way we’ve always conducted business. In the UK however, we’re currently available from Carp Global, Dorking Angling Centre, Carp4Less and Christchurch Angling Centre, with more trade accounts being added this season.”

Can shops obtain the bait to sell themselves?
“Yes, definitely! We’re very much interested in making contact with shop owners in an effort to make our range available to anglers all over the UK. From 1 October, we’ll have an agent on the road with the plan to reach as many shops as we can before 2021. Through 2019/2020, we received a number of enquiries about our range and we feel obligated to do everything we can to make our bait available to UK anglers.”

Your baits seem very unusual; can you give us an insight into your thinking on the subject?
“My main aim has always been to provide baits with the health of the carp in mind. I use only ingredients that I’d also use when making bait for myself, so you could say that it’s non-commercial bait. It obviously is commercial bait, because I sell it! Profit has never been my first concern however; that has always been secondary. I just want the bait to be as close to perfect as possible, and then the financial part comes afterwards. We believe very much in our bait, and that it is something special, and we try to make it stand out in some way.”

Some anglers in the UK might find it strange to buy bait produced in Europe, but the country most certainly does not have a monopoly on the best ideas and ingredients. I hear your bait is the best-selling bait in Spain, for example; is this true?
“We’ve done okay in Spain, I would say, Frank, I’m not a person to go around saying that we’re the top-selling brand; I’m just not like that. Regarding the UK buying bait from Europe, if you look at it, most of the ingredients used in UK bait brands come from Europe anyway.”

Can you tell us a bit about your different baits and when’s best to use them?
“I’ll mention three… Nutty-Crunch is a tiger nut-based boilie with a very sweet and creamy smell to it. We do two versions of Nutty-Crunch: a natural, light-brown coloured version, and a white version. It works well all year, in any water. In very acidic waters, both versions have out-fished any other bait.

“Liver-O Complx, in my opinion, is a very underestimated bait. When I put this one together, it was intended for big fish. It’s an all-year-round bait and its spicy taste comes from different added oleoresins - Fenugreek being one. No flavour has been added, only oleoresins and liquid hydrolysates.

“Finally, there’s our top seller: The Kraken. Here we have a bait with high levels of low-temperature fishmeal - the very best quality from Denmark. It has levels of krill meal, and squid and octopus flavours makes it stinky! Leakage is extreme, and quite unique. Carp seem to become addicted to The Kraken and will continue to return to feed on it. You’ll catch so many fish if you decide to include The Kraken on your trips next season, and whilst it’s a fishmeal boilie, it can be used all year round, on any water.”