CARPology At 200! To celebrate, relive issue 1 with this article from Damian Clarke

Footnote: This article was originally featured in issue 1 of CARPology (April 2004), and is being rerun as part of our 200 issues celebrations.

Let’s face it, at this time of year the weather is crap, the fishing is crap and really it probably isn’t worth going! But for the die-hard who still braves the wind and the rain, we need any kind of advantage we can get our hands on, just to get the string pulled. I’m not a complete bait buff, but I do like my supercharged hookbaits, so here goes…

‘Aving It!
Winter fishing can be slow at the best of times and it helps sometimes if you can get a bit of instant action. Gone are the days when I’ll just use ‘normal’ boilies for baits. We are presently in the grips of the winter and just getting one bite at this time of year would be more than enough for me, whatever its size. But I still go expecting action; you have to be confident don’t you? At this time of year bait choice is vital, as it should be at other times of the year. But the fact remains that in winter, feeding times are generally shorter and the wrong bait can literally mean the difference between success and failure.

In the last couple of years Frank Warwick and Dynamite Baits have made the strong smelling fluoro bait ‘en vogue’ with colours that are so bright you now need to wear sunglasses just to put them on! There is even a guy selling boilies that you can ‘charge up’ with a torch that glow in the dark! Now, I’m not going to bore you with pH values or the colour purple, there are plenty of “experts” out there who can do that. I just know that whenever I use these brightly coloured baits, that quite frankly give you a headache when you smell ‘em, I catch carp! Fluoro or not.

This method of over-flavouring your hookbaits is far from a new thing as I’m sure any of the ‘old school’ will tell you. My belief is that the commercially available baits just aren’t strong enough, not enough flavour. Sure they work, but if I were going dangling today, without a doubt I’d have a tub of my homemade, monstrously over-flavoured specials in the rucksack. I’d suggest that if you haven’t tried these then you are seriously missing out! It’s not rocket science; I’ve even convinced Regan in their effectiveness, such was the beating he’s taken on the many trips when I’ve been using ‘em. 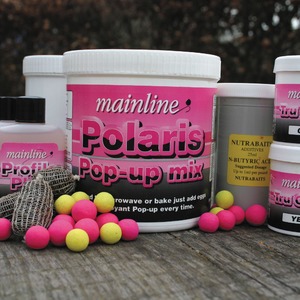 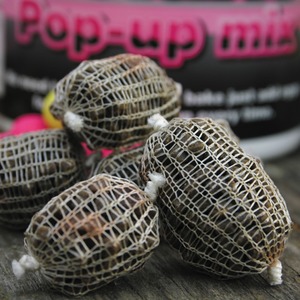 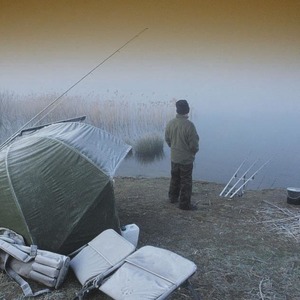 Making ‘Em
Most importantly for any would-be ‘special’ hookbait maker is choosing the right flavour and making sure that the missus or the ‘significant other’ is not around when you make them! Some of the best types of flavours in cold water tend to be those of ester-base. Lockie has long held the belief that this type of base is the best for winter fishing and has a whole range of esters, from creams to berries to the infamous Esterblend 12 (Tutti Frutti) on-sale through his Solar brand.

Even Lockie’s Squid and Octopus can be awesome, but using it at 20mls an egg could cause bankruptcy if you caught too many on it. My all-time favourite is pineapple and in particular, Mainline’s version. Don’t ever think that all pineapples are the same; they’re not. I’ve caught carp from anywhere and everywhere when I’ve cast out one of these bad boys, except at Sutton-at-Hone in Kent that is, but those carp haven’t read the same books as I have, so they don’t count!

Interested?
If I’ve caught your interest, I’ll go through making up a mix of hookbaits. There’s nothing to say that you can’t make up a mix with a 50/50 base mix for bottom baits or you could even cut it with some pop-up mix for some different buoyancy baits. But for argument’s sake let’s say you want some pop-ups. Get a tub of Polaris from Mainline or Richworth’s Pop-Up Mix. Get one medium-sized egg and give it a whisk and then add a good half-teaspoon of colouring, whatever colour tickles your fancy. I like yellow – it just looks right. The guide that I started with for the flavour levels was from Dan at work and taking one egg, add the same amount of flavouring that you would use for a six-egg mix, which in this case would be 5mls. To this add a bit of sweetener and there’s none better than Lockie’s Liquid Candy Sweetener at about 2mls.

Now we come to the girlfriend repellent: N-Butyric Acid – an amino acid that is a derivative of butter; never knew that did ya?! Add five drops (not mls) to the mix and then beat the life out of the eggs. You should now have in your bowl some yellow gunk that smells like fruity cat sh*t… Lovely! Add your dry mix and roll them out to your chosen size: 12, 14 and 16mm are my favourites. Depending on which mix you use, boil ‘em between 45 seconds and three minutes depending on how hard you want them. Once boiled, allow sufficient time for them to dry out completely; a couple of days should do it. These attractors are stable at high temperatures, so you shouldn’t lose too much at the boiling stage.

Now adding 3/4mls of the flavour to a decent sized sandwich type plastic bag, rub the sides of the bag between your palms so that flavouring is spread evenly on the inside. Chuck the baits in and roll ‘em around for a few minutes. I leave mine to stand for a couple of hours and then freeze them. You’ll notice that most of the flavouring disappears when the baits thaw, pukka. The Mainline Pineapple doesn’t seem to have an excessive level of use, so use it with confidence at 5mls and if you get adventurous go for more, but I’d say don’t go over 10mls per egg at the mixing stage, however you never know unless you try…

Extras
A lot of pop-up mixes wash out quickly when you use them and after a few hours have a normal level of attraction, which is a good thing, as you need the attractors in the water. But for maximum effect I think it’s best to re-cast regularly, this in itself can bring about a bite, what with the disturbance and the fresh smelling bait.

Obviously the stinking pineapples aren’t magical, but they do work and applied correctly can score when most other baits fail. Another fantastic bait for the colder months is the Richworth Fish and Squid paste bait; an absolute stinker, but one that really produces the goods. All you do is mix lake water to the dry mix; you don’t need much for a session. We mix it up and just wrap it around a small boilie or a larger trimmed down bait. It freezes okay and so can be taken in and out of the freezer without losing any of its effectiveness. One thing is for sure though, whatever I’m using on the hook, if I can, I’ll still introduce some kind of feed.

Side Orders…
I rate pellets highly in the cold, and I like a variety. My mix contains: 3mm Hi-Betaines, 6mm Slickers and also some of the Low Oil Pellets from British Breadcrumb. The different colours, levels of attraction and texture that comes from using ‘em all increase awareness of the food signals given off. Accuracy is the key here, and I don’t want to go spreading them all over the swim. If baiting up is difficult then at the very least I’ll have a small boilie funnel web bag of pellet attached to the hook.

With some luck there will be a bit more fishy activity later on in March. The light intensity is getting greater and the days should be getting warmer and what with fishing in the old close season those old carp should be well and truly ‘avin’ it, as Hannent would say.