Should I forget bright and go dark?

Q: With seemingly everyone using bright hookbaits, do you think I’d be better off fishing a dark hookbait? How big a part do bright baits play in your fishing nowadays, and does that change when you’re fishing for particularly high pressured, large carp?

Gaz Fareham says: “When I first started using bright singles over twenty years ago now, there were very few available off the shelf, and they were far from a mainstream tactic. Nowadays they are almost a first choice for most anglers I think. To some extent that has lost them a bit of their effectiveness and edge, no doubt, but equally so they still catch a huge amount of carp each year, even on the hardest of waters. I think there’s a few reasons for this, one being that on almost every water in the country there is lots of boilie going in every week and even dark fishmeal-based baits become pale pink in colour after a few days immersed, and the birdfood- and nut-based baits go almost white within 6-12hrs, even pellet goes very pale really quickly. What that means is that the carp are used to seeing pale, washed out round baits sitting here, there and everywhere all the time, and most of those will be safe as well. I’m convinced that is why white pop-ups have been so effective over the years and I’m sure they will continue to be so as long as bait still gets introduced in quantities. I don’t think carp see them as a single hookbait, they just see them as another ‘loose’ bit of food kicking around and they are probably safer than big piles sitting on a spot which is where the rig will usually be.

“I’ve used pale, washed out colours as singles for years now, and they had always done me proud, although again as most companies now sell those off the shelf they aren’t quite the edge they used to be either. Carp don’t see colour like we do, that has been proved, so instead what they are seeing is a contrast between the bait and the lakebed, I’m really not sure whether it is yellow, white or pink that actually makes much difference on the whole as opposed to the paleness.

“These days, from maybe May through until October, I generally opt for a matching foodbait hookbait when fishing over bait and reserve the bright ones for ‘single’ fishing or a light spread. I do still like a little fleck of colour on there and where I’m using a sprinkling of corn in the mix I’ll match that with the hookbait. That approach caught me all my Car Park mirrors, which were regarded as some of the hardest and most pressured in the country, so if it’s good enough for them…” 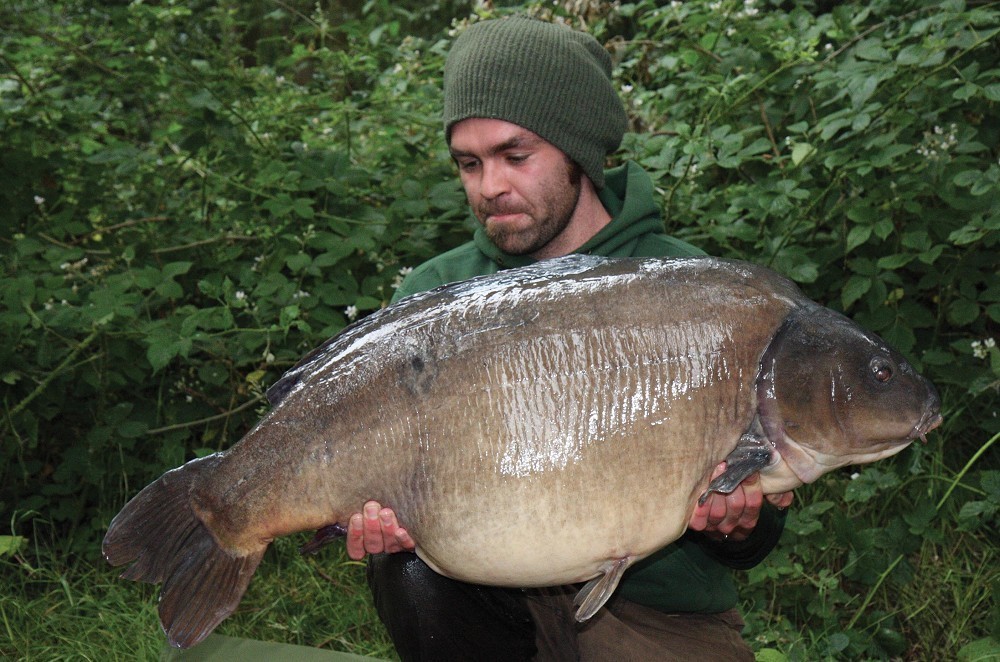