The Best Of Both Worlds

I love using pop-ups. Primarily I’m a boilie angler and often use a blatant pop-up sat two-inches off the bottom, even over clean ground in circumstances where, according to popular wisdom, they aren’t the right choice. I am willing to acknowledge however, that there are situations where they aren’t the most effective presentation. One such was on a local water a couple of years ago where I’d found three big fish feeding close in. As I couldn’t see the make-up of the bottom, which they’d really clouded up, I dropped a Chod on the spot as soon as they vacated. When they returned I watched as one spooked off my rig which was incredibly noticeable.

The standard choice in scenarios where something less obvious is required is to change to a bottom bait. My preference, however, is to tweak my normal pop-up rig, giving a subtle, low pop-up that retains most of the advantages that pop-up rigs provide. It doesn’t rely on the hook turning to find the bottom lip as the hook is suspended with its point down, creating the maximum chance of finding a purchase. I’m never that comfortable with the hook on the deck where it is vulnerable to being fouled by twigs, leaves, weed and all manner of detritus.

It was a pretty clear spot and classic bottom bait territory so I tied it as low as I could making it appear as near as possible to a bottom bait. I was much happier with the presentation and my confidence was justified the next time they returned when the same fish that had spooked previously was hooked. 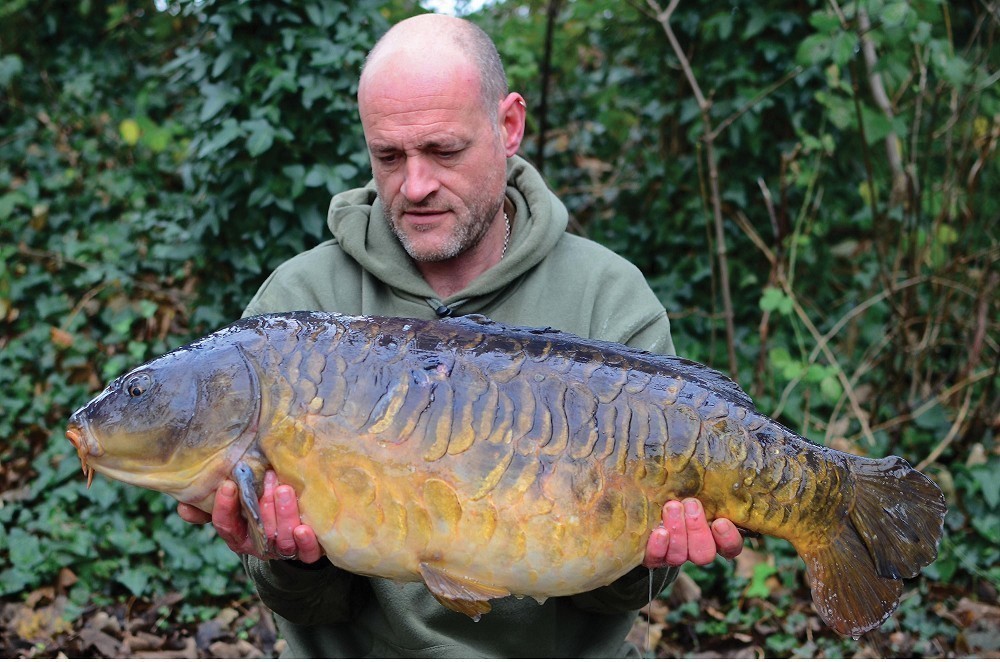 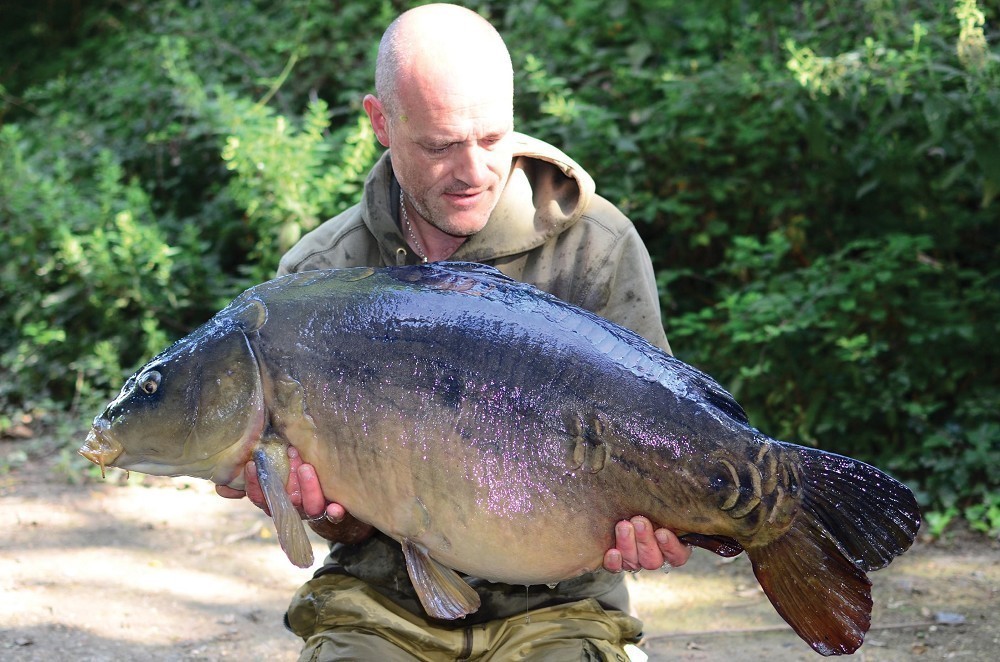 My pop-up rig is a well proven variation of the Hinge Rig, which I’ve been using for around fifteen years. The absence of the customary swivel makes it versatile in that it can be tied with the stiff end section as long or as short as required. I can use it for my standard high, obvious pop-ups as well as super low, subtle ones.

I find it handy to keep a few of the stiff end sections tied up in advance and then tie the boom according to the demands of the situation, especially as the characteristics of the rig can be altered by making it from various materials. 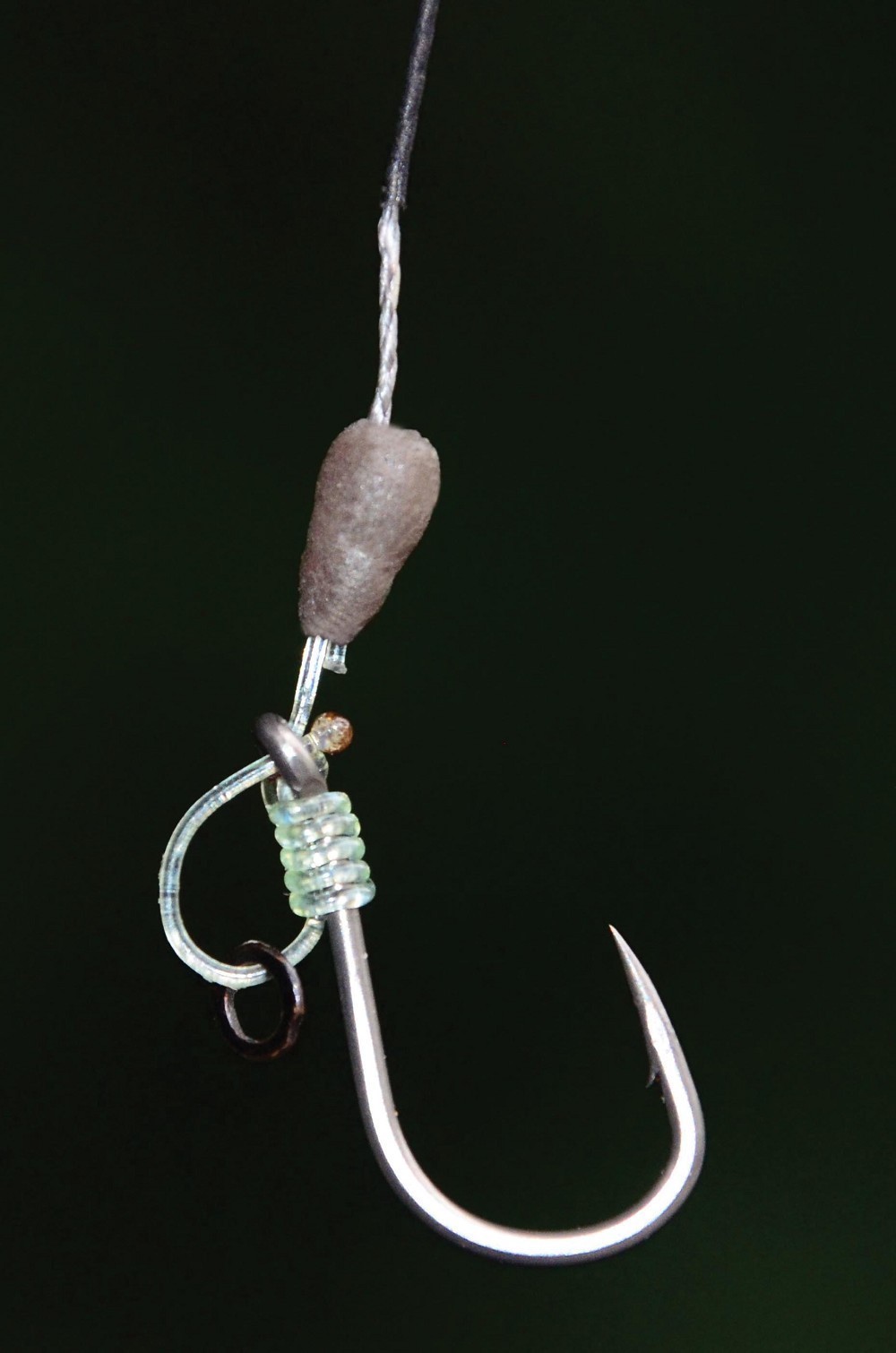 Mainly I use a soft coated braid for the boom, which is suited to the greatest variety of lakebeds but it can be tied with uncoated braid for fishing on very choddy ground. A change to a stiffer material such as Stiff Utra Skin can make a big difference and has paid dividends with some very special carp. I’m sure the rigid boom makes for the most effective and difficult to deal with version although, to ensure it sits well, you’ll need to fish it on clear areas and only on a helicopter set-up whereas, a softer boom is fine with a lead clip or in-line arrangement.

Some occasions, such as mass baiting or on heavily stocked venues may demand a bait hard on the deck but for boilie fishing when a subtle approach is called for it is possible to have the best of both worlds.