A busy month for Dean Watson

Bait-Tech's Dean Watson tells us what he got up to in October...

Well, what a month I’ve had! Trade show madness which involves driving up and down the UK week after week, loads of meetings with the big fishing brands all showcasing their new products for Christmas & 2016. Some really exciting stuff on the way that’s for sure! Anglers have never had it so good and my ‘’want’’ list keeps growing weekly!

My fishing has been a bit hit and miss during this period, grabbing sessions when I can in between show events. This session was grabbed just after the Tackle & Guns show held over in the Midlands.

After the show was done & dusted I arrived at the lake with about an hour to spare before night fall. With the clock against me I had no time to look for signs of fish etc. I decided to fish the island swim, an area I knew well which had be kind to me in the past. 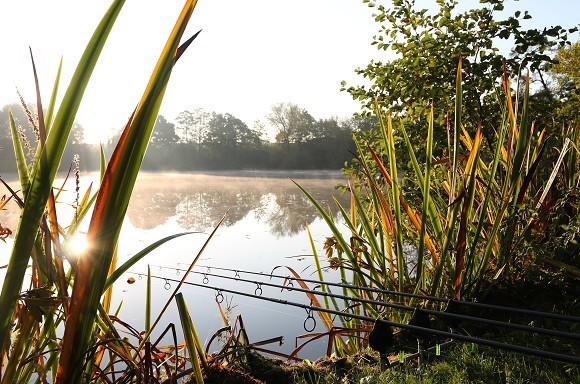 I knew of a few spots that the carp regularly visit so it made sense, with the light fading, to get the rigs out there as soon as possible. Being totally unprepared, no rigs tied, a damp bivvy from the last session, the tackle bag was a total mess and on top of that I forgot to buy milk! My mood was somewhat stressed with the light levels disappearing faster than ever.

With three quickly tied Snowman Rigs the rods were cast out on to the spots - 18mm Poloni boilies tipped with a small 10mm yellow pop-up. Tried, tested and trusted. Each rod had half a kilo of the Poloni boilie spread over the top via a catapult, keeping each baited patch small - roughly the size of bivvy ground sheet.

I was soon in the bag catching some well-earned shut eye when the middle rod went into melt down. I jumped to my feet in a daze, running out to lift into the rattling rod. The fish was tanking on strong taking me into a set of pads over to my left. Luckily the pads were dying out at this time of year and the stems broke as the fish charged through them.

After a 10 minute battle the fish was resting up in the bottom of the landing net. Peering down with the head torch it was plain to see where the fish’s power came from. The tail was crazy big along with the peck fins, a lovely looking warrior of a mirror that went twenty-six pound ten ounces on the scales. Result!

The rest of the night passed with not so much as a beep. The temperature plummeted to just 2 degrees and I felt it still having the summer bag still in use. The Fox Ventec will definitely be on the bed chair for the next session.

The morning sun warmed the bank up along with myself, clasping my 1st morning cuppa (minus the milk). A stunning autumn morning with the fresh crisp air and the mist rolling off the lake - pure bliss.

I set to work on a particle area, 8-9 medium Spombs just to start things off. The other two rods I was keeping on the boilie approach. It worked for the one fish banked this session, so I was hoping for more of the same as the 2nd night drew near. 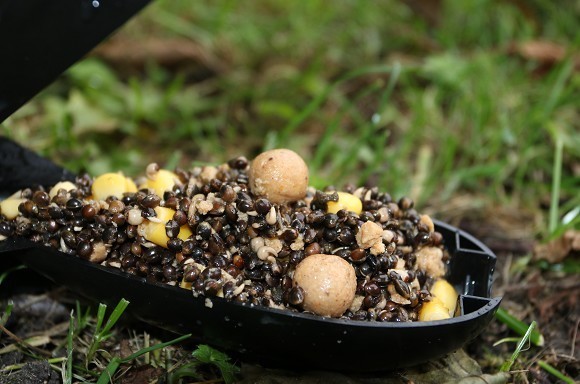 Unfortunately my hard work had not paid off and with the fish not giving themselves away. I was left scratching my head. Hindsight is a wonderful thing and being honest I got it wrong on the 2nd night. The whole week was a cold one and I’m sure now that the fish pushed off into deeper water as the temperatures dropped each night, I was still laying traps on spots I would normally fish during late summer. The twenty-six pound ten ounce mirror made it a worthwhile trip and I’ll be back at them in a few weeks’ time, armed with a bit more knowledge.