I will never be able to put into words just how much carp fishing has helped me through the last eight months; reading about it, thinking about it, fantasising about it, and at long last, actually doing it. It’s been a ‘constant’ in the journey to full recovery, and although there is still a fair way to go, in many respects, all aspects of life have changed for me on a fundamental level.

I wasn’t best pleased, because over a four year period my weight had steadily increased. It wasn’t until things became an emergency last July, that I came to realise my brain tumour was responsible. It had been playing havoc with my taste buds for a while, thankfully not the full eight years it had been growing in my brain! In all honesty, it’s a small price to pay for still being able to breathe and continue to live life to the full at every opportunity. But when you look like you have taken to competing in doughnut eating competitions, you start to wonder what people will make of you! As it happens, this was to be a very intriguing time, in that the hospital food tasted the nuts to me. Others, with whom I shared my time with in there, looked at me a little oddly, probably as much to do with my brain mashing experience, as to the fact that they believed it tasted bloody awful.

The trend continued once I had arrived home, but the problem was I had a whole host of things that I no longer liked. Bread, potatoes and cakes got kicked into touch, amongst a whole host of other things, but I still needed the quantity. It’s probably why my local Indian takeaway think they have come up on the Lottery, as I seem to order at least two Tandoori King Prawns a week! That said, as much as I want to eat, there is nothing that’s putting any weight on and I have lost an incredible three-stone-plus in the past few months. I don’t even have to waste any energy doing up or undoing buttons on my trousers anymore. I can pull them up and down without having to do a thing. There is a chance, of course, that they could come adrift whilst I’m out and about, and I probably need to address this at some point. 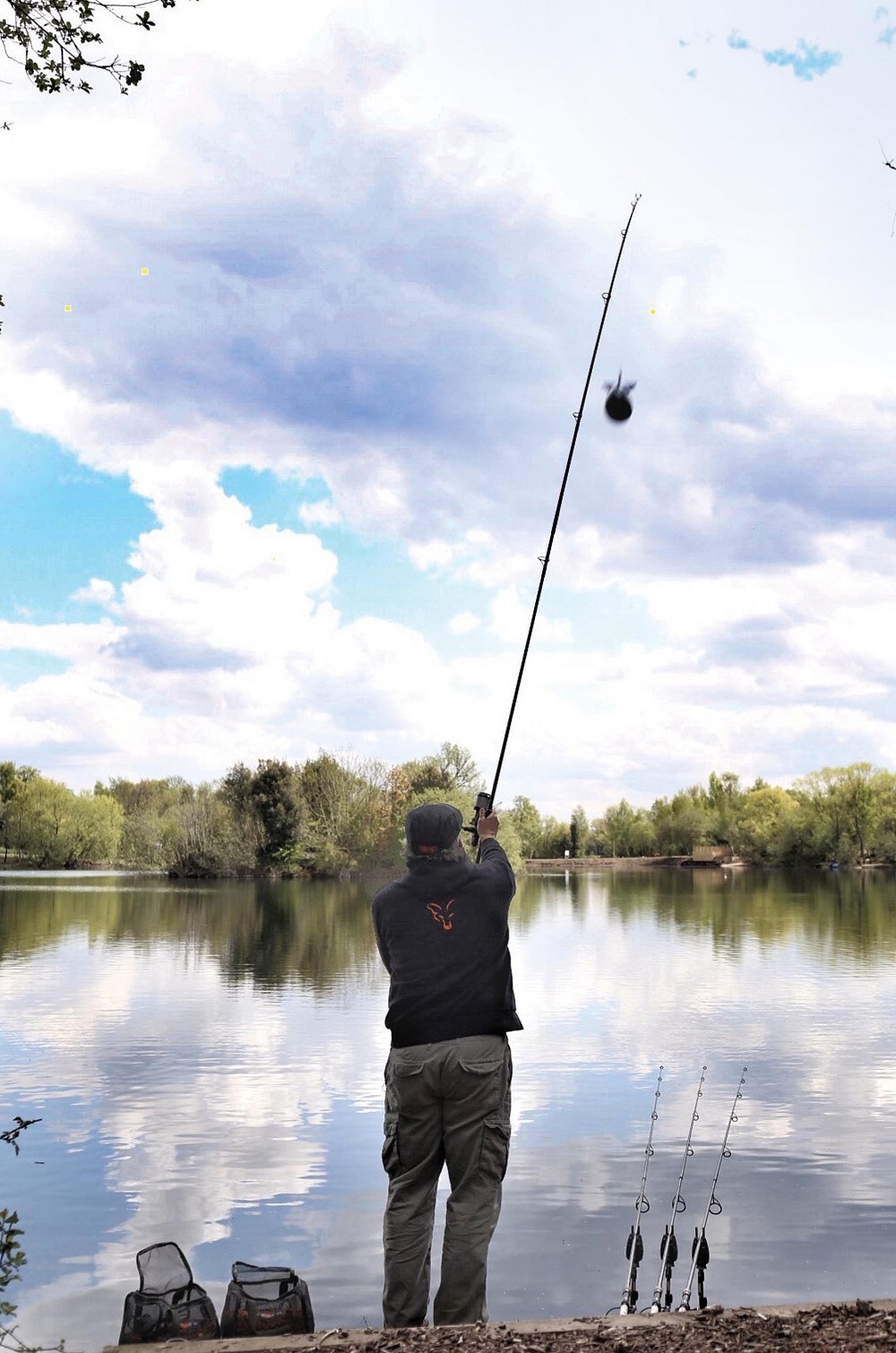 It may seem a little strange to some, but I couldn’t help referring my situation to the way some anglers think about carp, and the bait they feed them with. I’m not suggesting here that you have to go to the extremes which I have done to satisfy my own desires, but carp are simple omnivorous creatures, of course, which respond to things a lot less expensive than that delivered by the local Delhi! They also don’t discuss at regular shoal like gatherings, the amount of weight they have put on or how old Gut Bucket is living up to his name, and certainly don’t sign up for the latest slimming products… Oh no. They eat with wanton abandon at times, and the only way to satisfy their desire, is to feed them.

Now, you probably think I am going to rattle on about ploughing the bait out and reeling them in, in gay abandon, and in many respects you would be absolutely right. Since the first time I went fishing in this post-operative era, I have visited three waters of varying difficulty. None of them are too hard to be honest, but they are waters that have been set-up in different ways, with different stocking levels. To that end, many believe things have to change all the time. One, to stay trendy and fashionable, and two, because it gives them something else to blame. To cover both options, rigs are the first thing to change; after all, they are a lot cheaper than using boilies to the best of their ability. And of course, most believe it is the rig that catches the fish, not the bait. For me, bait is the most important aspect of carp fishing. After all, it’s a much easier task if they are feeding on your bait, and doesn’t your hookbait represent part of that meal? 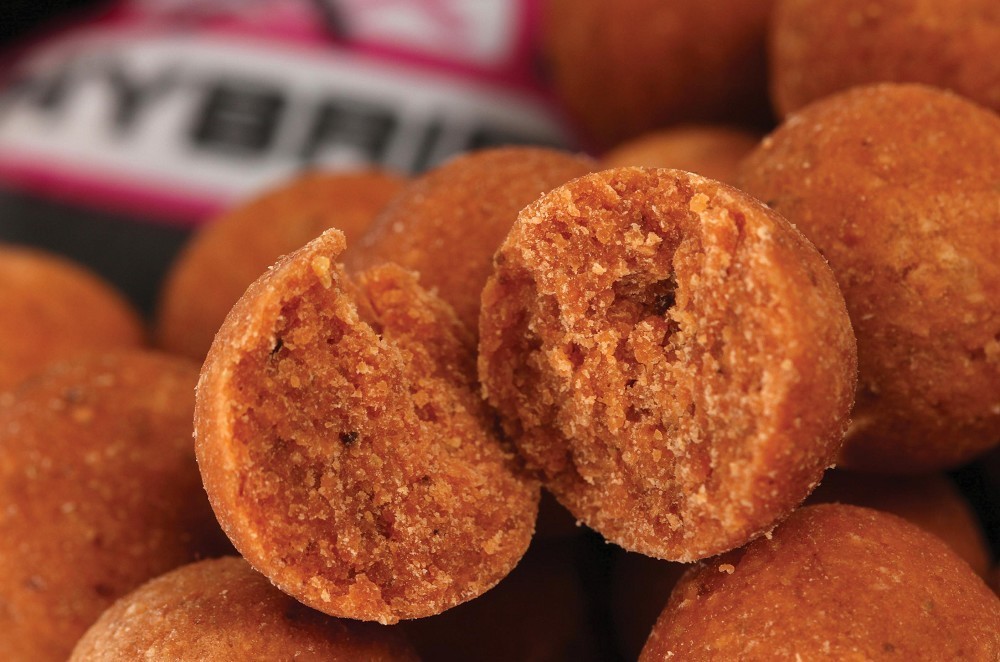 Boilies don’t just have to be round balls, of course 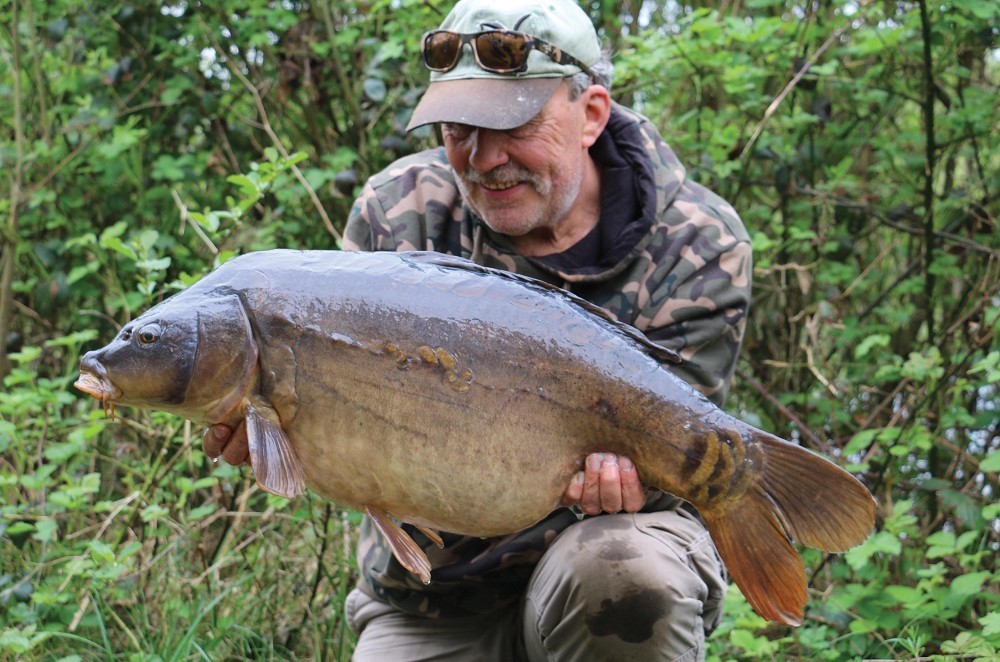 A recent 26 from a spot baited with 3kg of spread out boilies, one hour later!

I have said it countless times before, but spending money on bait is a much better financial investment than spending it on fashionable tackle to make yourself look good. Maybe you can do that once you have found out how to get the best from a bag of boilies - the best carp bait I have ever used! Many moons ago, before I found myself in the situation I am in now, I had to buy my own bait, but in essence this was what I spent all of my fishing money on. I slept on the ground, used two mismatched barbel rods and two very different Optonic alarms. It just didn’t matter, as long as I was catching fish… and I did!

There are so many ways of improving boilies, and breaking them up would be a good place to start. Not only are you making things a little less predictable, you are also releasing the goodness from within. There is also the chance to use different sizes, and both methods give the angler a far better choice of hookbaits. The situation gets very interesting indeed at this point, simply because you can create a unique and exciting baited area, something which keeps the carp guessing. I don’t want to give them too much intelligence, because they don’t have any, just inbuilt instincts. However, angling pressure has the most influence on carp, and anything we can do to be different is sometimes vital.

And whilst we are talking about “difference”, one rather strange tactic makes me often wonder why people follow trends so much. Fishing amongst a lot of people of late, has shown me that most are trying to get their spod down exactly the same hole as the last one. Not only are they simulating what all the others are doing, they are creating the tightest area of bait possible, something I have found is a tactic that removes much of the effectiveness of a baited area. A carp travelling between mouthfuls is so much easier to catch. He isn’t just dipping up and down on the same spot allowing his filtration system to work at its most efficient. Best of all though, and the most pleasing, is it creates a far more competitive feeding situation.

Bait for me, and its application, is the most fundamental aspect of carp fishing, along with having as much fun as it’s possible to have! Learning how to get the best from your bait allows you to remove the brain frying hindrance of rig mechanics, and in essence, allows us to get more from our fishing. Things may have changed in my world, but they certainly haven’t changed for the carp and their eating habits. Just my opinion of course. 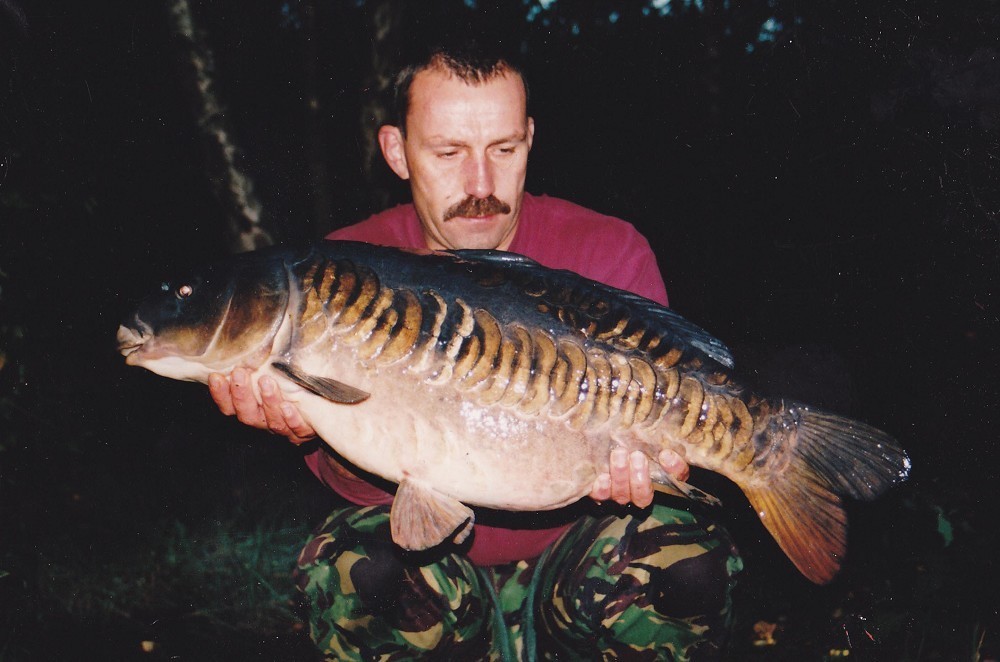 A fish from 25 years ago, this time one of eleven on an overnighter, over 9kg of the Grange
Reviews