John Hannent consigns three subjects that he particularly loathes in carp fishing. The categories this time are: Produce, People and Products...

I was recently taking a stroll around a local water when I came across a carp angler (now, now). His rods looked workmanlike, his bivvy well-used but neat and he didn’t wear anything branded. I felt safe. How wrong I was. On offering me a tea, I gladly accepted his kind offer and sat down on his ‘social’ for a chat. I agreed with his point-of-view on many things and the conversation wandered across all manner of carpy subjects, as it does. ‘Sugar’ he offered as he squeezed my bag (tea, c’mon!); I gladly accepted and he slung a couple in. Then, while I surveyed the lake, I became aware of the sound of a crunchy powder in a thin, ali pot. Fearing the worst I quickly turned to my newfound mate to see him doing that frenetic stirring thing, like his wrist was fitting. As the spoon rattled endlessly in the mug, I realised it could only mean one thing…

“Hope you don’t mind powdered” he said, even going on with ‘“I like it because it saves weight”. Then cut your sodding arm off mate! There’s no excuse for powdered milk. We’ve put men on the moon (I bet they had a pint of semi), cured endless diseases (penicillin came from rotten milk, not powdered) and even invented boilies (the only viable use for powdered milk)… But powdered effin milk? It NEVER goes right, it tastes like nothing on earth and it makes your mouth go a bit ‘plasterer’s radio’. SHITE! I’d rather drink… Actually, I won’t go there.

I remained polite and sieved my brew that looked like a redundant snow shaker through my pearly whites. I’d barely taken the first inch (tea, please) and my teeth had already become pebble-dashed. Endless tonguing (teeth, FFS) only made the milk detritus set like Araldite on my caps as my brew separated into monkey brains* and brown water.

As I sat, slumped in shock, still licking my enamels, my eyes wandered on to the milk pot: ‘Do not add to boiling water’. I rest my case.

*Monkey Brains
Ask a young lady if she’s ever had a ‘Monkey Brains’ cocktail. It’s like a slammer, but you drink a Baileys in one, then take a slug of lime. The lime makes the Baileys instantly curdle into cottage cheese. If she’s sick, you’ve broken the ice. If she swallows… Win, win! 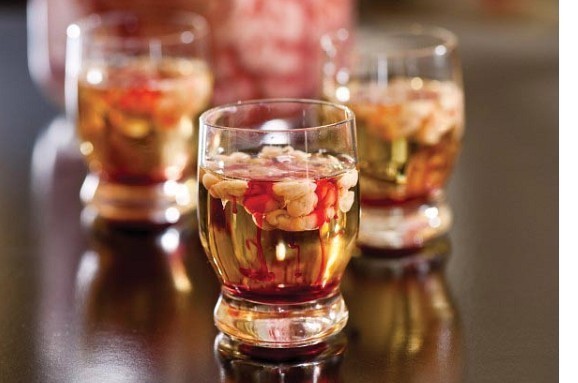 Now, I pledged to myself that I’d make at least one of my offerings for Bivvy 101 a sensible suggestion every month. Frankly, I’m having to realise that in my old age I may, just may, have a point on occasion. Like any angler I’ve got a problem with otters. You’re all aware of the threat their predation offers our sport. BUT, the more we portray ourselves as tarka-totin’ rednecks, catching possum for the pot and long linin’ for them ‘ole mud pigs, the more of a problem we’ll have.

On one of my recent (and rare) forays into social media (I prefer to spend my internet time on more traditional pastimes, like porn and cats that look like Hitler, or ‘Kitlers’ for short) I was greeted by the sight of a dead otter, fur matted by claret and a large portion of its intestines spread over the road like bunting at a féte. While the sight of any dead animal outside of Sainsbury’s is never pleasant, the ensuing swathe of comments put us back in the dark ages. Laughing, jibbing and oozing vitriol at the dead animal doesn’t get us anywhere. And it’s not the first time I’ve seen or heard it, it’s a common thing between carp anglers… But not in public, please!

It’s the difference between Bill Oddie and Peter Sutcliffe, who would you choose to stay in your garden? When the otter situation comes up, put yourself forward as the understanding, nature-loving type. You may even want to wear a checked shirt. Understand the situation from both sides and we may have a sport in 10 years time. Or make otter fur fashionable, that’s the subtle way of getting rid.

Get out there and make it your bloody self! Yeah, a bit extreme, but you’ll get more out of your hobby (sorry, ‘sport’) and even learn something. I learnt I was a pillock.

I’m buoyed by some of the companies in carp fishing nowadays. Without naming names, there’s some great ‘independents’ out there making gear and modifications. Not mass-produced, but good little ideas and some craftsmen making good. While it funds the bigger manufacturers sometimes (such is life), it gives us options and reminds me of when I started: a skint kid who made all sorts of things in his Mum’s shed. When I started and carp fishing was a wonderful odyssey that nobody knew where it was going, you had to make a lot of stuff. Invariably, it cost me more as I’d have to buy it in the end.

Indicators, rods, buzzers, bivvies were all well and truly ruined by my own fair hands. Nothing fuelled the trade more than me sitting for the weekend looking at my kit, lovingly painted in gloss Humbrol enamel paint, complete with air bubbles, brush hair and stray pubes. Buzzers that buzzed from the moment the damp came down, green polythene storm sides that ignited when used in the same county as a gas stove, indicators that pulled the needles out of the ground when I had a take and baits that drove the carp mental around them, but never had a take. In fact, I’ve royally ruined most tackle items and baits but enjoyed doing it, and appreciate stuff that’s made properly.

I’m going to go score some meth and do some happy slapping; I’m sounding like a granddad. 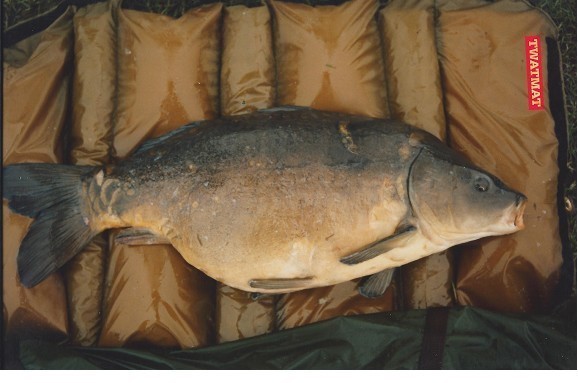