Don't Get Him Started #1

This month, our no-bullsh*t-talking columnist offers up his thoughts on the subject of ‘things blowing' in carp fishing .

Now, I am over fifty years of age, and that immense age gives me a rather different perspective than say many of the younger readers of this magazine. It seems that every time I switch on the news or read a magazine, a new survey has revealed that if you eat a certain thing you will invariably die a nasty, painful death from some dreaded condition or other. Having lived a bit, and being a little on the compulsive side, I have taken several things to the limit, and amongst other interesting compulsions, food and drink have to be near the top of my list of things I have royally kicked the arse out of. Drink, I have to be honest, as well as being a little bit of a crutch from time-to-time, was something I explored very thoroughly. Along with seeing the dark side of alcohol, I have also seen and experienced some very funny and enjoyable moments whilst imbibing the stuff, so I cannot for the life of me understand why I am not reposing in a wooden box under several tons of topsoil. Because if you read everything about the subject, you would think I should be dead too! 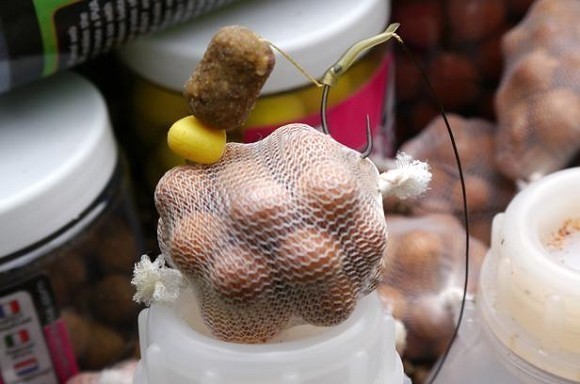 Do you ever get the feeling that comments said by certain people are said purely to justify that person's existence, and more importantly in our case, to sell you a bit more tackle? I am surprised my head stays on its shoulders sometimes because of the amount of incredulous head shaking I do when I read and listen to such drivel. It's much like all aspects of life really, and one thing that gets right up my nose is how I am always being told who and what to eat.

Fast foods are another avenue of intense gluttony. For as long as I can remember I have never had a moment when I thought cooking might be a bit of a hoot, and cannot even begin to contemplate the mind-numbing wait for my dinner to slowly cook in the oven. The easier option has, and probably always will be, to pick up the telephone and get someone to deliver me something tasty. The other option is to jump in the motor and race over to McDonalds, KFC or Burger King. However, exposure to such devil inspired fodder is, according to the news, a sure-fire way to meet my maker, devil or God – I'm not entirely sure.

Salt is the last thing I want to mention, because I pour it over just about everything I eat, and again is something that's taking me closer to my final resting place. The thing that gives the game away for me, is that the survey has been carried out in some godforsaken part of Outer Mongolia. You know the sort of thing, "scientists at the University of Flatulence, Alabama, have just discovered that drinking water is the worst thing that you could ever do, it may just re-hydrate your body and quench your thirst. Shocker! Tell me, have any of you been asked to take part in a survey about such stuff, or anything else for that matter? I never have, and that all leads me to believe they are purely making things up as they go along. And of course, justifying the government funding that they receive to carry out their ridiculous lab tests thus justifying their existence. 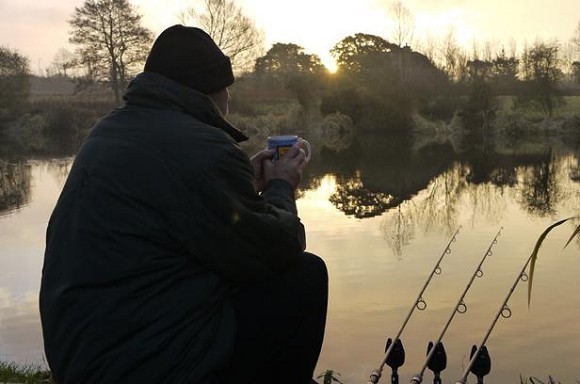 Much can be said of some of the clap-trap we are exposed to in carp angling really, although government funding may be a little time in coming. I was reading something just the other day in which the author had stated that certain techniques had had their day. He was, how shall I put this; a tad on the young side, and in all probability hadn't even been born when most of what he had been talking about was used in carp fishing. Hell, he hadn't even been around long enough to have tried and therefore had a constructive thing to say about any of it. Be that as it may, I can't help feeling that his answer to the problem of "things blowing", was to offer help in the form of tackle provided by the company he worked for. Talk about trying to justify his existence!

I have no idea if he carried out a survey either, but what he had done is remind me of all the things that we use in carp fishing that are as good today as they were many, many years ago. I am tempted to say the original Hair rig, but I believe I have already covered that in another article, so let's start with coloured hookbaits, and in particular I want to look at yellow hookbaits and plastic yellow corn, simply because it is probably the most used.

Indeed, for the last four years every hookbait that I have cast out has either been a yellow Hi-Viz Pineapple pop-up or a bottom bait tipped with yellow corn. Now if something is going to blow then surely this is it, but it doesn't, does it? Whether as a single hookbait or as a bait in amongst a ton of free offerings it continues to bring me bites. You have to wonder how much carp learn by association eh? Much the same could be said of PVA bags, again something that I use in most of my fishing where range isn't an issue. I have lost count of the times I've been told not to do it because I'll never catch a carp again. Strange, because for years I have used this tactic, and will probably do so until my over-eating of grapes has sent me off to the Promised Land.

Baits that blow is another interesting and total false ideology. There are a million and one things that all have to come together for us to get a bite, most of which we have no control over at all... thankfully. When the action slows down or the angler is not catching any more, the last thing he is going to do is blame himself. Instead he will look for something else to accuse for his failure. Invariably it will be bait, and the first thing that is done is to change it. The result is he basically has to start all over again, having never got the best from his previous choice because he never gave it a chance. Again, if carp were that cute we wouldn't have caught them on boilies after 1985, would we?

Blimey, I am running out of space here and I haven't even got around to the fact that every carp that has ever been caught was done so with a hook, and lets face it, I can't see that tactic blowing any time soon... can you? It is interesting, I will agree, to hear what someone has thought up on the rig and tackle front, but very rarely will this catch you more carp.

In essence, I believe that we need to do a little more thinking for ourselves. Find out what we are comfortable with, and then explore ways of getting the best from those tactics. It allows you to concentrate on the more important aspects of carp fishing like what food to take to survive the session, but if the news is to be believed, that is only going to kill you anyway. Bummer! Only my opinion of course. Laters.