Our new monthly columnist debunking theories, rumours and anything else that gets up his nose. This month: have big carp wised up to the standard Hair rig? Have they balls!

Have you ever read something that left you open-mouthed and incredulous, something that you know was written for a whole host of reasons other than to do the one thing the author suggested it would, or rather it wouldn't do, in this particular case? I did the other day. And it happened to appeared in this very magazine. The sentence read, and I quote, "Gone are the days of the standard Hair rig as many large carp have wised up over the years to this basic approach." Really? 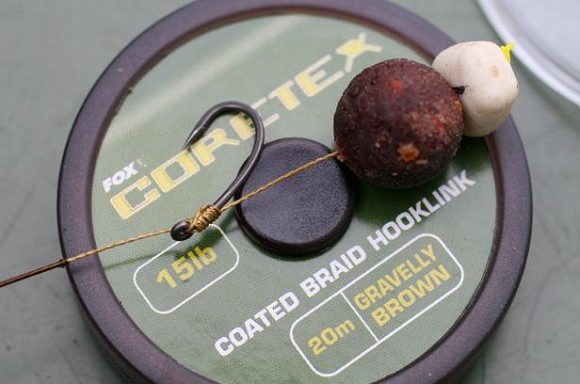 Whilst I don't really want to discuss the thorny issue of whether carp have intelligence (not in this piece anyway), it would be remiss of me not to discuss what happens when a carp picks up a hookbait. Basically, when a carp feeds it does so by sucking and blowing. It never has, nor ever will do so, because it is looking for a rig. Since the Lord, or whoever was responsible for their appearance in the evolutionary scheme of things, put carp on this earth, they have always eaten that way. Tens of thousands of years ago, millennia before the Hair rig was invented, carp sucked and blew in an effort to separate the things they wanted to eat from that which they did not. Now, advancing to the present day, carp still do exactly the same thing, sucking and blowing because they have no other way of eating.

Right, when a carp approaches your rig and inhales your hookbait, he does so because he wants to eat it, does he not? However, that hookbait, once inhaled, will bring along something else with it. Although there isn't a carp on the planet that knows what a hook is, his extremely advanced filtration system will try and blow out that hook. He didn't have to think about it, it wasn't a conscious effort to do so; it is just the way they do things. This is where I believe the original Hair rig not only overcame the carp's natural sucking and blowing, it allowed the hookbait to travel so far back in the carp's mouth. This in turn lengthened the distance and time the hookbait had to travel before it left the carp's mouth. And the longer it is in there, the longer the hook has to take hold. It is why I am such a fan of the basic Hair rig, because of the hook and hookbait separation. For me, the tighter I have the hookbait to the hook, the more likely a carp is going to eject both. 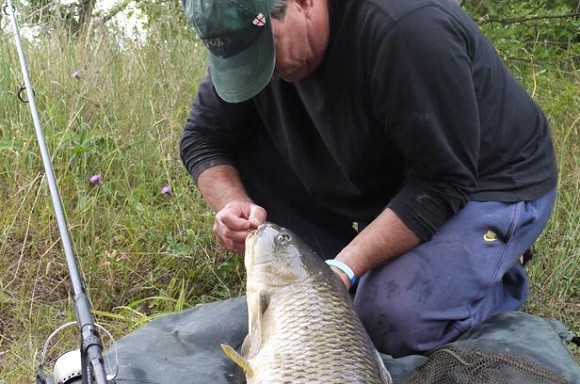 Much can be said of the position the Hair comes off the hook. I know many have caught doing so, but having the Hair coming off near the barb just doesn't make sense to me. I give no credence to palm or finger tests, for a kick off it doesn't happen in the medium of water, or in a carp's mouth, and you are operating the rig with exactly the same circumstances on every attempt. In water, and after swirling around in a carp's mouth for a second or so, your rig will never, ever, be exposed to the same scenario no matter how many times it is picked up. There are a million and one different things that can happen, and we will have absolutely no control over any of them... how marvellous is that?!

In saying that, and by way of example, lay a normal Hair rig, No-Knotted to a hook with a two-inch braided Hair and a hookbait attached, on your palm. With a reasonable distance of say one-inch separation between the hookbait and hook, it is remarkable how far you can move the hookbait before the hook even moves. Next to it, lay a rig that has the Hair trapped some way around the bend of the hook towards the barb. Move the hookbait towards the eye of the hook and you will see that the hook will almost go out backwards. If rig mechanics float your boat, then don't go for a ride on that particular ship, not without a life jacket anyway!

From what I have just outlined, you may well get the impression that I believe the basic Hair rig has just as much influence in carp fishing today as it did when it was unleashed on the world some 23 years ago. And you would be dead right. Indeed, I believe it is far more effective than the vast majority of rigs that have been designed and written about purely to relieve the punter of more of his or her hard-earned cash. Unfortunately, some people in this game are starting to credit the carp with far more intelligence than the people they are trying to sell their products to, and I for one have simply had enough. As a carp angling writer I feel there is a responsibility to be fair to the reader, and potential customers. Allow them to make-up their own minds, giving them options to explore. By continuing to tell them that carp are capable of splitting atoms is purely a way of making the individual look better than he actually is, and for far too long it has made people buy tackle that is more likely to take their bank balance into the red than catch them anymore carp.

On several occasions I have been asked to do articles about rigs, and I have had to refuse. You see, for as long as I can remember, the basic Hair rig has filled just about all of my requirements in carp fishing. I may make the odd tweak now and again, but in essence the rig I use has remained the same. The only time I change rigs is when distance is an issue. It is then that I use the Stiff Link Pop-Up rig, not because I think it is a more efficient hooker than my basic Hair rig, but because I can be fairly confident that I haven't tangled it. I am, for want of a better word, the complete tangler. Anything I can do to get over my multitude of inadequacies is just fine with me! Laters.
Ian Chillcott

This article was taken from Issue 107 (February 2013) of CARPology magazine. Be the first to read CARPology's articles in print before they're posted on-line, and get your hands on loads of additional content by subscribing on-line.

Of course it's just my honest opinion 'Tempus fugit'

You’ve caught your target fish, so why rob others of their dreams?

Have we created an environment where anglers are afraid to show their emotions?