Bill Cottam’s back, and he continues to share his thoughts on modern carp angling, but this time he comes in peace!

Goodness, what a to-do… I gather my ‘Rise of the Pretty Boys’ piece (issue 181) wasn’t received particularly well in some quarters! My observations found considerable favour with the vast majority of those that took the time and trouble to comment on social media and that obviously received them in the spirit intended. The odd person, it seems fair to say though, deemed them nothing more than the ramblings of a well-past-his-sell-by-date has-been who’d perhaps had it all and lost it!

Before I go any further, can I just say that if making a decent living from spending a zillion hours each year running my own bait company for more than three decades, and spending the vast majority of my working life stinking of fishmeal, are classed as ‘having it all’, then I have indeed had it all, in spades and am left with little alternative other than to plead guilty as charged - although quite how I can lose something I was never aware I had remains a mystery to me.

Apologies of course, if you were one of the carp tiger cubs whose cage was well and truly rattled after taking my comments a little too seriously. As is always the case with the drivel spewed forth from my keyboard, absolutely no offence was intended. My heartfelt apologies go out in particular, to the young fella whose mum took the time to contact me to advise that her son was so traumatised by what I had to say that he cancelled his thirteenth birthday party and went fishing without gelling his hair properly or having his finger nails professionally manicured! 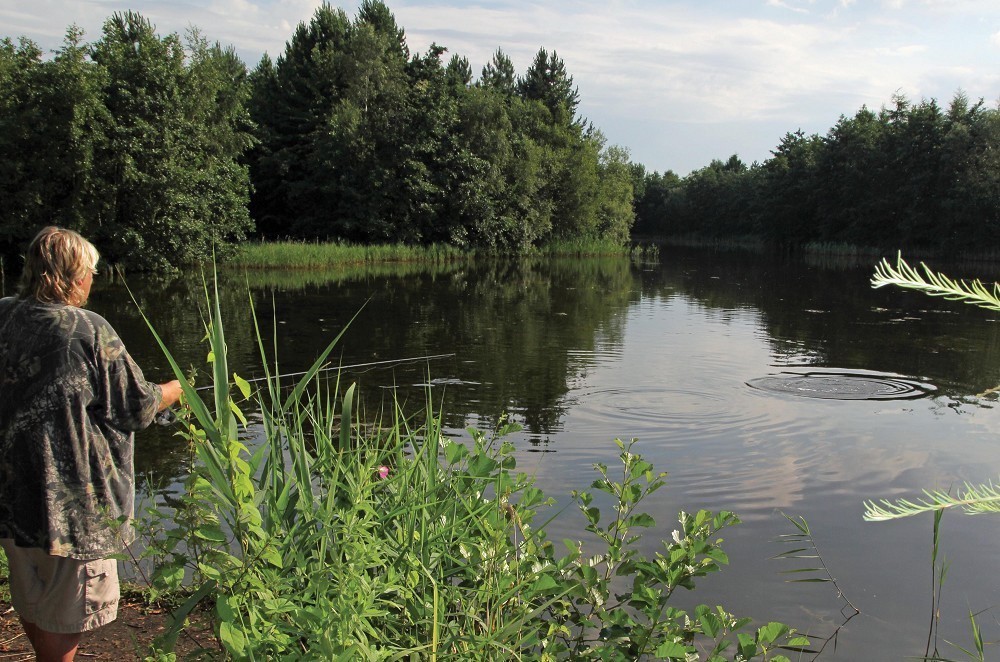 A spot of ‘cheating’

I’d never consider myself prolific, but I do write on a reasonably regular basis and have done so for a good number of years. Much of my material has appeared in a magazine - the name of which I’m not sure I should mention here - and my ramblings within the pages of that publication have covered a myriad of topics: fishing swims where your set-up looks good, even if the swim’s devoid of fish; classing surface fishing as cheating; not counting any fish caught on Zigs; not hitting drop-back bites; and banning anglers that have a different coloured bobbin on each rod. I’ve also brought to the carp world’s attention that anglers with cork-handled rods have a higher-than-average chance of becoming serial killers later in life. I’ve advocated that rod pod users should be unceremoniously shot at dawn and discussed how you can tell a good carp angler by the way they walk. 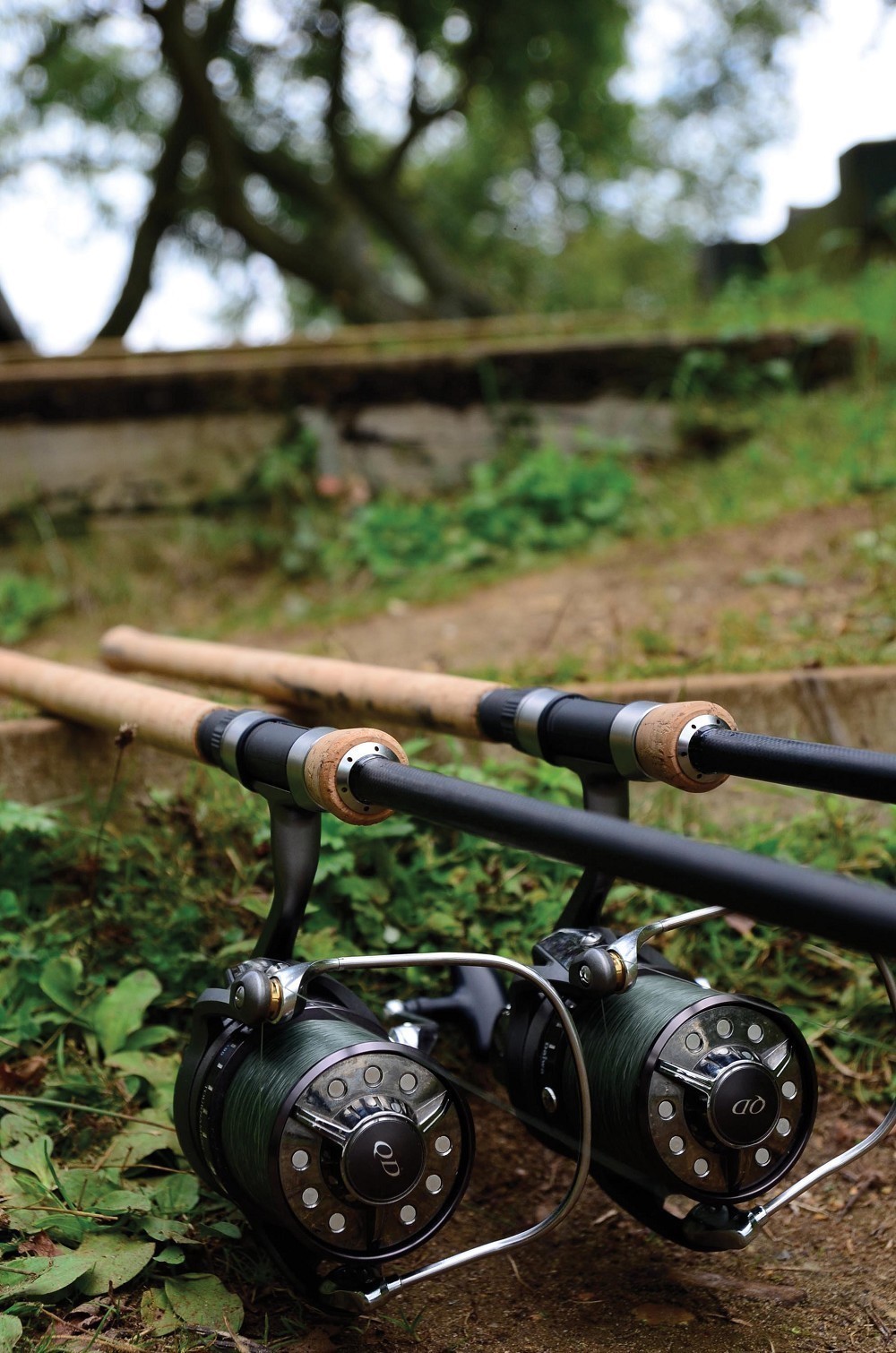 The point I’m trying to make, is that you really should take what I write with a pinch of salt. I’ve been head over heels in love with carp fishing since the mid-seventies and although it continues to mean an enormous amount to me, I came to realise many years ago that it really is little more than a hobby. It’s like playing golf, birdwatching or fell walking… it isn’t ‘life’ and it’ll never be as important as your family, your health or Sheffield Wednesday’s pursuit of Premier League football. I’d also make the point that, a bit like pigeon fancying, trainspotting or collecting Victorian toenail clippings; it remains very much a minority pastime in the grand scheme of things.

If your dream is to become a famous carp angler, then go for it and give it everything you’ve got, but keep it in perspective. It’ll never even remotely be like being Harry Kane or Jon Bon Jovi - notwithstanding that they probably can’t spod hemp to a dinner plate-sized clear patch some distance away at three in the morning in a crosswind. 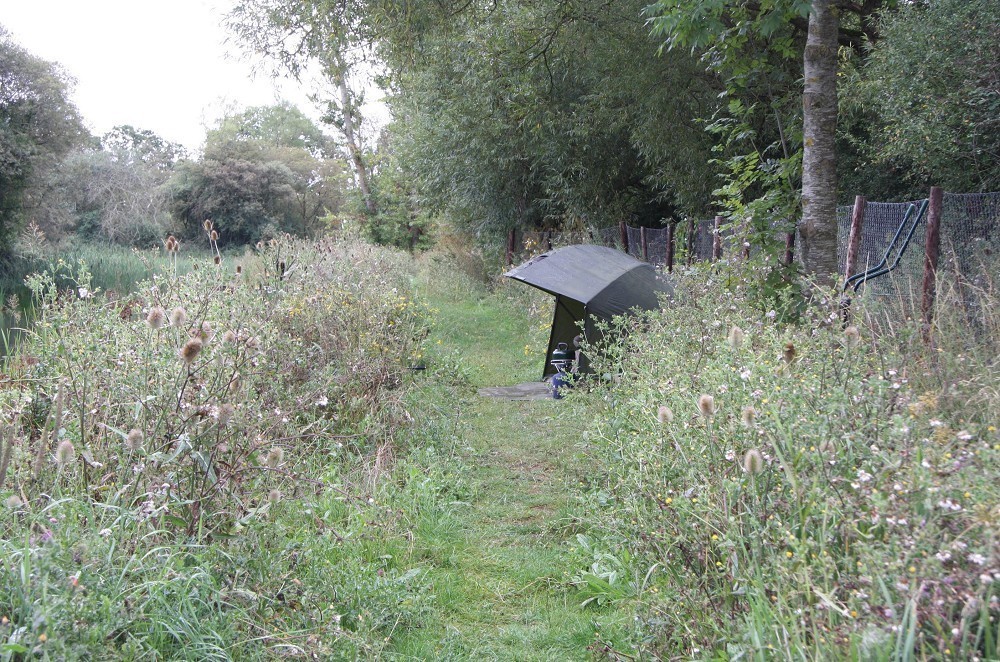 Brolly life still brings out the child in me 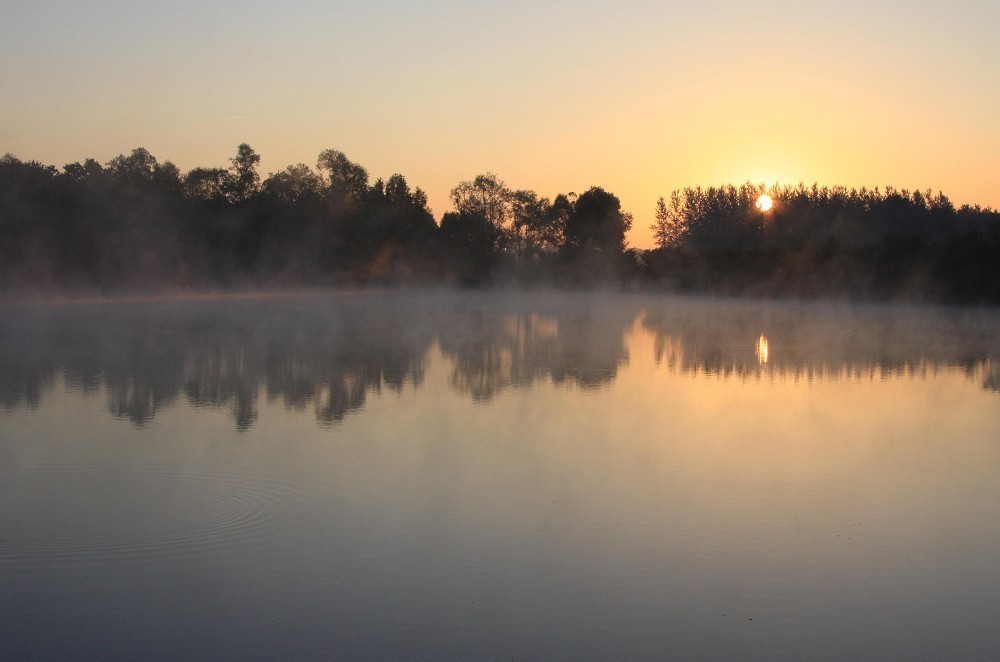 Before I move on, I do stand by my comments unreservedly in respect of anglers who use cork handles having a higher-than-average chance of becoming a serial killer at some point in their tediously mundane life. I can just about tolerate them for chub or barbel fishing, but having cork on a set of matching carp rods is like having fluffy pink seat covers in a black Aston Martin… you just don’t!
I would urge all the young carp tigers out there to grab sponsorship if indeed the opportunity comes your way, but try not to make it your ultimate aim. Carp fishing is about things that those who live suburban lives never see: the natural world, the dawns, the dusks… and that feeling you get when something you really want finds its way into the bottom of your net. In short, it’s about being there and experiencing everything it has to offer; don’t make it a competition to see who can get the most packets of hooks for free, or who can get bait for £2 per kilo. 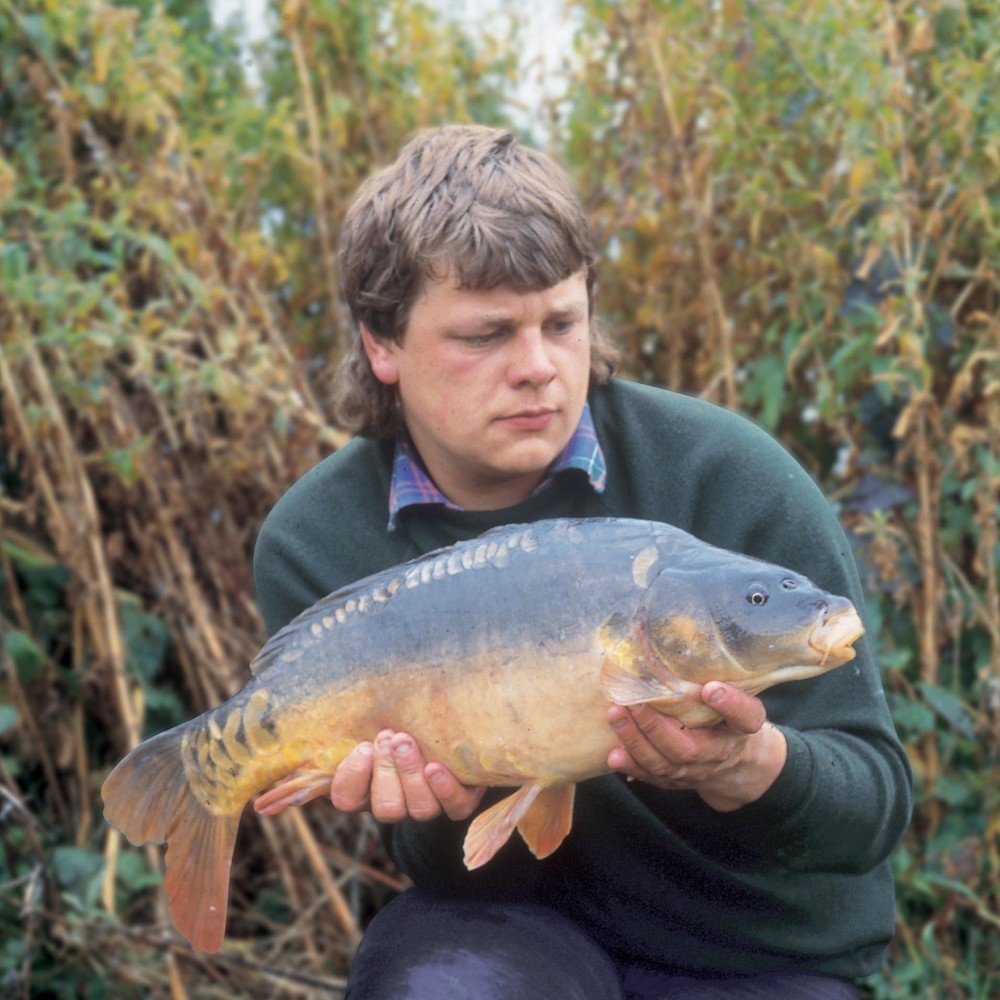 A youthful me, close to home

Angling is, and always will be the best thing I’ve ever done with my clothes on. I understand why some of the younger element might categorise me and many others like me, as being washed-up, grossly overweight has-beens that are, as mentioned above, way past their sell-by dates. I’d counter by saying that if you get to my age and you’re still enjoying it and doing it as much as I still am, you should class yourself very lucky indeed… I know I do.

I still lie awake the night before a fishing trip dreaming of what might happen and thinking about what I might be lucky enough to catch. My next spell of bivvy or brolly life never fails to bring out the child in me, so much so in fact, that I’m giving serious thought to gelling my mullet, putting on a baseball cap back-to-front, eating supper in a Maccy D’s car park and swapping my trusty VW Transporter for a Corsa with flared arches!

“I still lie awake the night before a fishing trip dreaming of what might happen and thinking about what I might be lucky enough to catch.”

I don’t consider myself old by any stretch of the imagination, but it’s an indisputable fact that the level of popularity of carp fishing is far removed from that at the time when I began throwing leads around. I remember vividly the first carp angler I saw on the bank. I’d been fishing for carp for about a year on a couple of waters in the Worksop area close to my home and much to my amazement, as the mist cleared one morning, I saw a battery of rods with a chap on a low chair behind them. The gentleman in question was Steve Justice and as things panned out, we’d see quite a bit of each other over the next few years. Steve was a very successful carp angler and thinking back, he was to influence me much more than I realised at the time.

Whilst I was busily going about doing my stuff on the Nottinghamshire ponds, I was also aware that there was a group of carp anglers fishing a few miles away in Rotherham. Their chosen venue was the much-whispered-about Ravenfield Ponds and due to the fact that everyone and their dog in South Yorkshire went straight from school into the steelworks that ran the fishing there, I didn’t have prayer of getting in. Our paths did cross eventually of course, and although I remained part of the Worksop ‘massive’, I become friends with three of the main Ravenfield protagonists: Dave Moore, Richard Skidmore and John Hallett. 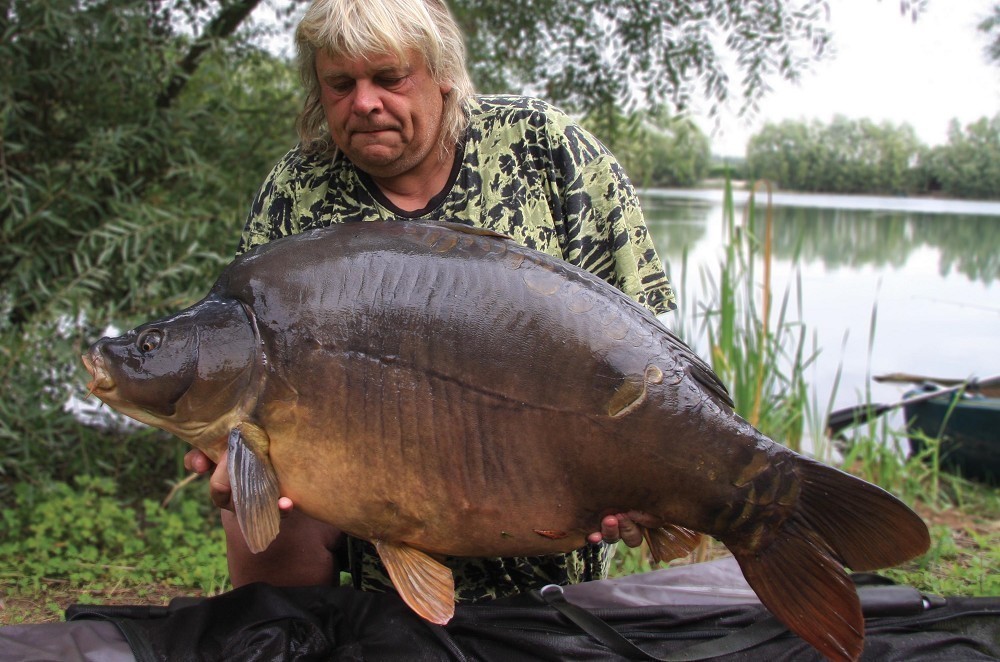 How things have changed… I can remember the first carp angler I met on the bank like it was yesterday, yet these days it’s virtually impossible to go to a wedding without copping for a couple of ‘carpistes’. Our sport’s growth in popularity is wonderful of course, the downside though, is that we spend half our lives fishing against other anglers rather than the fish themselves… see you next time round, carp tigers! 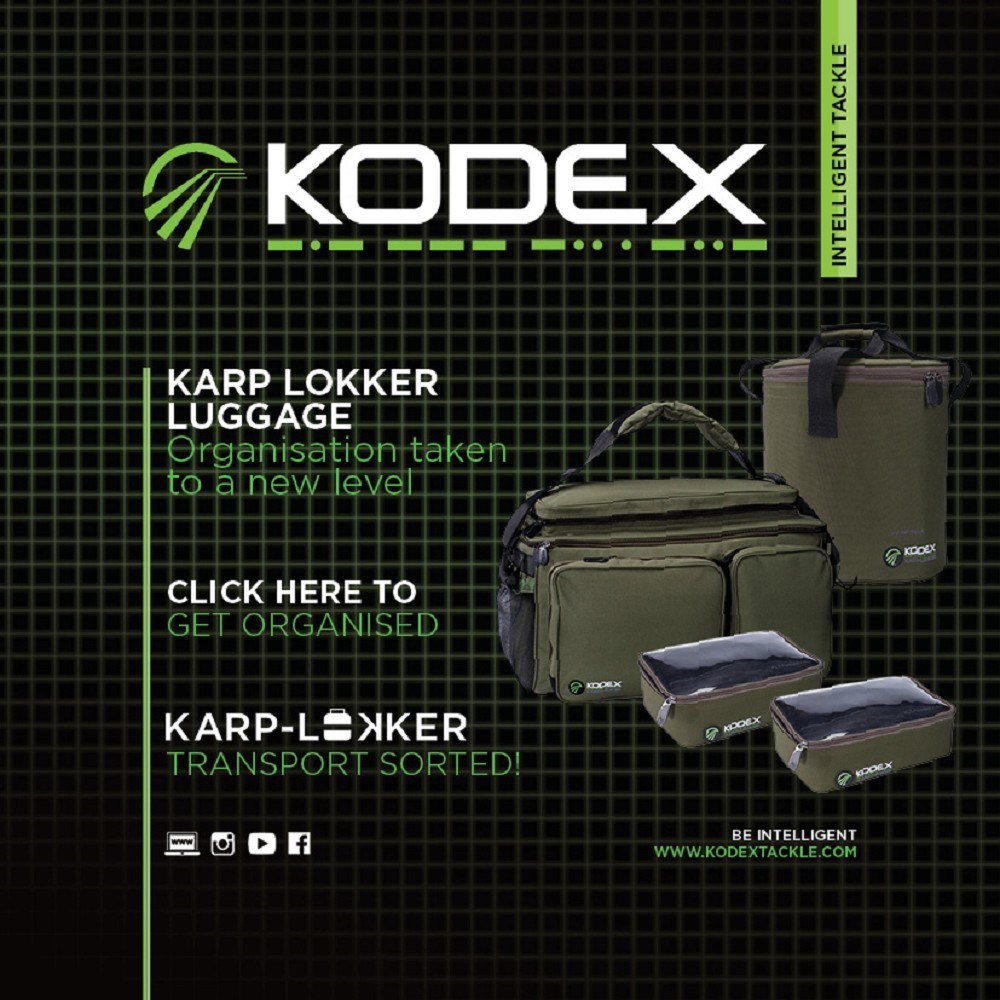 Travels With My Carp Rods #4