“The Moving Finger writes; and having writ, Moves on: Nor all thy Piety nor Wit Shall lure it back to cancel half a line, Nor all thy Tears wash out a Word of it.” A verse from the Rubaiyat of the Omar Khayyam ‘A little heavy, I accept, but bear with me a minute here’. It’s a line from a little leather bound book that my grandfather gave me fifty years ago. For the life of me I couldn’t tell you any of the other verses from it, but that one has stuck over the course of time, and in many respects became the mantra from which I lead my life. It might even sound that I am a well educated lad, but as I kind of found it far more fun not to attend school back then, nothing could be further from the truth. Life was about living, so that’s what I set out to do!

I cannot think of many downsides to anything I have done in my life, to be honest, but everything I have achieved cost time… in many cases, lots of time. The quote at the beginning of this piece underlined, for me at least, just how much I needed to make the most of it. Of course, much depends on what you want from your existence on this planet, and what we are prepared to sacrifice in order to get there. Friendships, women, money and very often happiness have had to go by the wayside in order to get where I wanted to go, but it must be said that all of those things are replaceable. Time, however, is not. 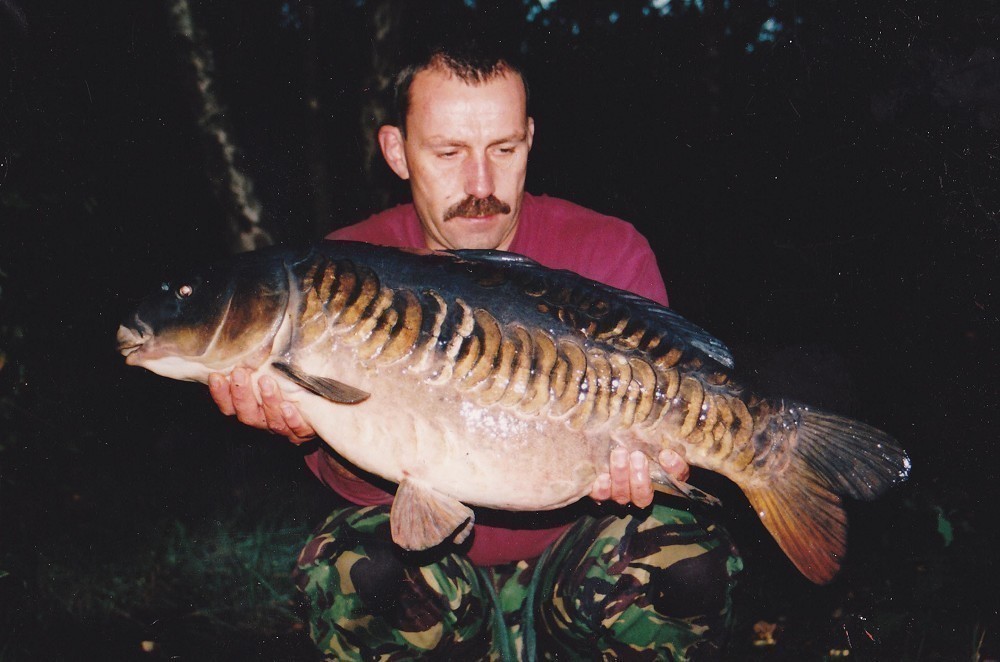 The Army offered the most limiting of time for 22 years, but I can’t help feeling it helped me to become a better angler

It is something that gives us the chance to work, look after our families, share company with friends and of course, chase our dreams. Much depends on how much you want those things in your life and how much you want to make a success of the challenges you enter into. I only mention such things because of the comments I hear on my travels around carp fishing venues in this country.

A very good example of that happened only a few weeks ago, whilst I walked around a water looking for carp. One particular fellow was in the throes of packing up, and I said hello. Looking back, I wish I hadn’t! “Oh, it’s you” was his opening line and it got a lot more animated when he angrily stated that, “It’s all right for you, you have all the time in the world, and that makes your carp fishing so easy.” I had no idea what to say for a moment, but it was Monday morning at around 06:30 and he was off to work. I can only guess it was annoying to see someone turn up and start fishing when you are just about to re-enter the real world. I tried to explain that it was what I did for a living and I was working too. That obviously went down like a lead balloon, understandably! It wasn’t until I explained that I was only there for two nights, and that I had responsibilities to attend to in my life, that he eventually calmed down a little. He thought that everyone who wrote, or was involved in carp angling, spent all their time on the bank. Whilst the majority don’t, there are those that take it way too far. I have heard of anglers who live on the bank, occupy swims until something happens (or the drugs run out). Some of them are iconic anglers, and keep the truth about their mundane and uninteresting lives away from the public arena. To be honest, when I left the Army in 2000, I tried to do the full time bank tramp bit, but within two weeks I had lost the will to live! The lake I was fishing was inhabited by the odd drug guzzling moron, and it was very much the sight of them that changed everything for me.

If I’m anything of a carp angler it was because of my 22 years in the Army. Very often a year would pass by before I could get my rods out, and the vast majority of the time I could only do the occasional overnighter. Even then I had to reel in at 05:30 and start out on a ten mile run an hour later at the start of my working day. I only mention such things because many feel that they are restricted by the time that their lives allow. Yes, you cannot spend the time on the bank you would like, but I always found that the restriction in time simply made me a better angler.

Learning to utilise the limited hours on the bank became a challenge, and in many respects caught me more fish. Turning up at a water and taking the nearest available swim is absolutely no way to ensure you are going to catch carp. As Richard Walker wrote way back in the early 1950’s, “An hour in the right area is worth five in the wrong”. 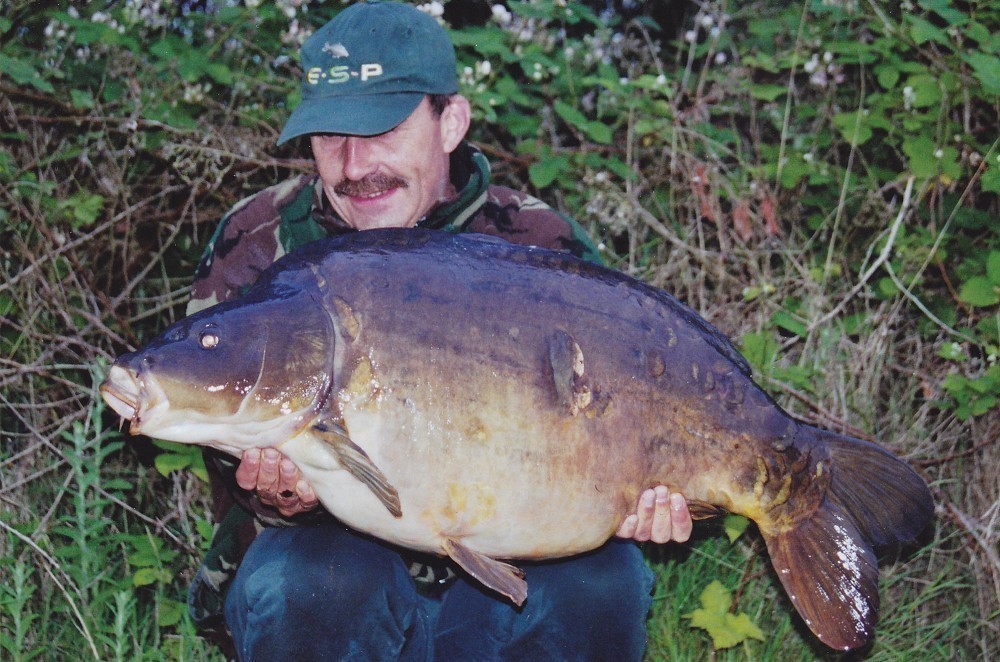 Single Scale at 43lb 14oz from Yateley’s Car Park in June 2000. It wasn’t until I limited myself to overnighters that I began to catch

Talking of Walker reminds me that we all have people who shape our lives, and the way we live it. Heroes would may be too strong a word, but there can be little doubt we are led by certain people and the things they do. It may surprise some of you, taking Walker out of the equation, that I don’t find inspiration from any of the “names” in the carp fishing world at all these days. Instead, I read catch reports from guys who have the families and the work I mentioned earlier, yet still set out to catch a carp.

They are the angling heroes of today; they maintain an industry that provides jobs for countless people in exactly the same position as themselves. And let’s be honest here, I wouldn’t be doing what I do without their desire and dedication to catch carp even on the most limited of time. Just my opinion of course. 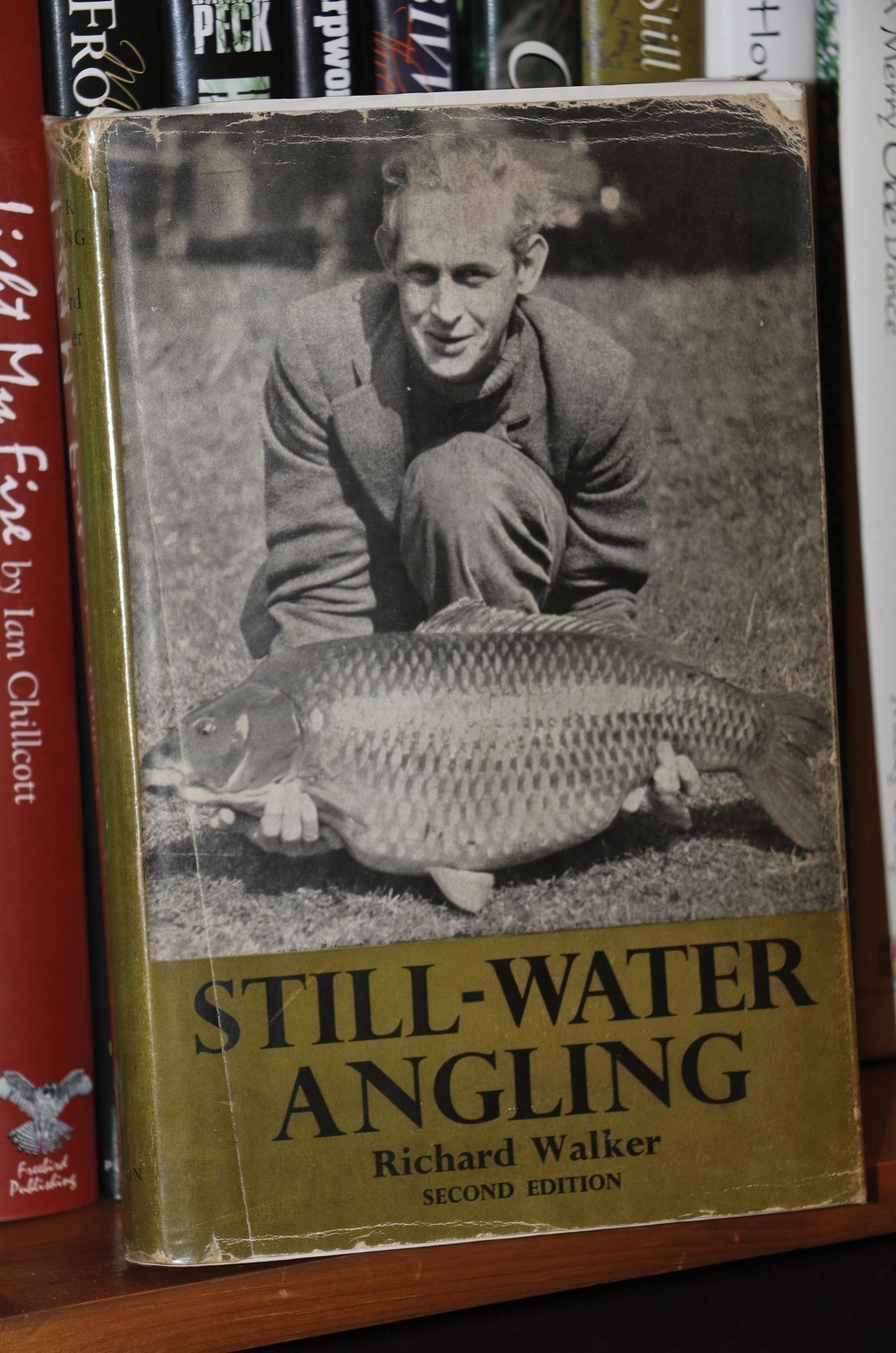 Richard Walker influenced my early years, but it’s the family man of today on limited time that spurs me on to greater things these days