Another month of what's been making Regan grin and growl. That includes pleasing Broxup, plenty of practical jokes and him doing some reviews... God help us!

When I was approached to write for CARPology, I said I would give it a go and see how it went. Now I'm the only original contributor left. How lucky are you lot? I remember saying before I started that I thought I may have four good articles in me and looking back at the last twenty-three magazines, I still think that is true, but I'm struggling to find the other three. 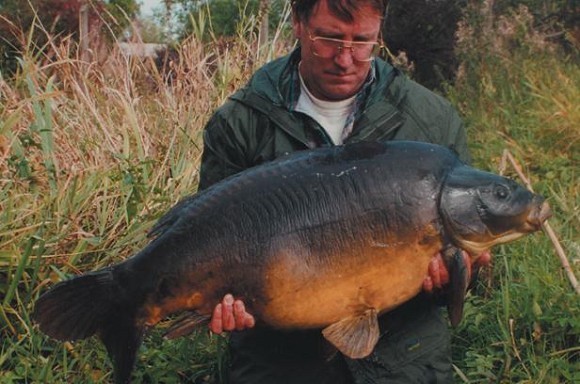 I've been a really good boy this time and have started this article really early. Last time I left you, I mentioned that my mate, Les Box had just had his hip replaced. A couple of years ago my chief officer at sea had the same operation. They also had to build his leg up a bit as it was so badly worn away.

Anyway, I went and visited him at hospital and there he lay with his leg up in the air in traction and as you all know, it's bad manners to go empty handed, so I brought him a little gift. I chucked it on his bed and said, "There you go Mac." He then opened it to find a musical skipping rope. I then said, "Give me a call when you can use it and then you can come back to sea." I think he then said something about rope and arse.

It was the same when another mate of mine, Barry Measures (getting chased by the bull fame) slipped on the deck of a trawler and the first thing to hit the deck was the back of his head. Now he was in a real bad way and had to have a brain scan he couldn't bare any light and so on. As soon as I found out, I was straight up the toyshop. Now what can you buy someone in that state? Yes, that's right, a drum.

Paul Blower's got me back one time though when I broke my elbow. He brought me a poxy yo yo. I've got loads of examples off this smooths mate in Norwich. He'd broken his jaw in a fight, so his mates brought him a pound of toffees!

It's really good fun when you get into it, and it's only just a bit of light hearted fun done between good mates; you can all get in to it. A set of skates if your mates broke his leg, or buy a calendar and rip the last couple of pages out if your friend is terminal ill and so on... 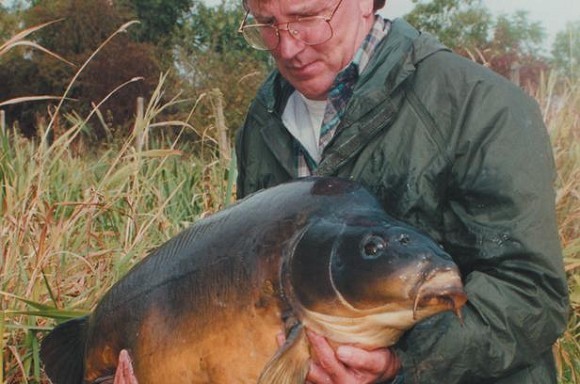 I passed the local paper shop the other day and went in to pick up a paper. While I was there, I also picked up a carp magazine and just stood there flicking through and noticed a few mates, so I brought it. That evening I sat down and started flicking through it again. I stopped at Paul Forward's article and started reading it. A lot that he talks about, I agree with; it's just that I have a better way of putting it over. (Diplomacy was always one of my finer points.)

When he answered the call, I just said, "Paul, do you want to borrow some photo's mate?" I then had to explain about his article so we had a laugh about that, then the conversation went away from fishing and on to normal subjects like: If you found a fanny on the side of the road, would you pick it up or would you think it would bite? Especially if it was winking at you thru penny piece half a crown.

After we exhausted that subject, and then going into smells and what have you (have you ever wondered why your willy has not got a noise and the ability to smell. Well, if it had, the human race would have died out years ago), we then got on to another favourite subject of ours, Tom 'can I have a fresh bait' Banks. I explain that he had been down here pike fishing, and was coming down again this trip. I asked him if we can get back into Savay and said, "I told him that you know the rules at Savay: once you drop out, that's it, you've had your chance and it was somebody else's turn. And that it would be Peter Broxup's job to say who was in anyway.

I then said that it was only fair if we either heads or tails or drew straws to see which one of us has to do it. But Paul said, "That's not a problem, and he'll soon box that off." "After all," he said, "That's what mates are for." So with that, we said our goodbyes and wished each other a good New Year. So if you ever see me back at Savay, you heard it here first how it was done and as he quite rightly said, "It want take long and it will be worth it in the end." 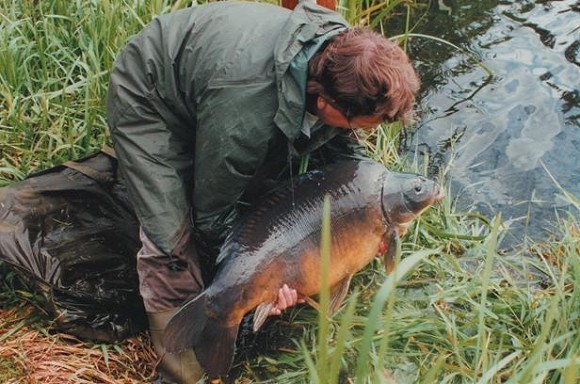 Here something that makes me laugh. Have you ever read a bad review about an item of tackle, clothing or whatever? It really makes reading them a total waste of time.

I reckon I would be a good tackle reviewer, although I'm not a tackle tart by any stretch of the imagination. My landing net has ripped, so I've stitched it up with some cotton (although I will admit the cotton is the same colour as the net). I've had a couple of forties and a fifty in the net while its been like that as well.

I keep the same rig on for several fish; one of my SkeeTex boots leaks, and I'm afraid it goes down hill from there. Although I've had them for about fifteen years and so, it goes on. So perhaps I wouldn't be a good reviewer after all...

I see in issue 22, some chap called Russell asked 'why does the magazine always feature the younger anglers'. Well mate, I know I don't look my age, but I'm 55 and fished all my life and get out all the spare time I get. I now Pete Broxup's around the same age and Dave Wood who has just finished a lovely set of articles is older than both of us. We're all in the back, so perhaps you bob off before you get to us.

You say you're still young in the mind, so I wonder if you could answer a question for me? You say you are nearly 60, well do you still? You know what I mean, because I'm 55 and started to get a bit worried. I've already been caught once, but at least I was 35. It would be a bit embarrassing if I got caught again when I was 67.

Have you noticed I haven't written about fishing again? I think I'm writing for the wrong magazine. I can see you all nodding now. I'm going to leave you with a handy little tip.

I've been a travelling angler now for over 25 years. I live 146 miles from the waters I fish in the Colne valley. Going to sea for a job I do 28 days on and then 28 days off. So I spend six months out of the house before I go fishing. So my angling is done on a little and often basis. During the summer I travel down twice a week, fishing for 30hrs at a time. That's 584 miles a week. Multiplied by four, that's some 2,336 miles each trip ashore. That way I spend four mornings on the water, but only spend two nights out of the house a week, that keeps both of us happy (no good getting old if you don't get crafty).

Maureen is a good old girl. I've been with her now for nearly 20 years and it was love at first sight. We just fell into each others legs. Anyway, now for the tip... Always make sure you have enough fuel to get where you are going.
Pete Regan

This article was taken from Issue 24 (March 2006) of CARPology magazine. Be the first to read CARPology's articles in print before they're posted on-line, and get your hands on loads of additional content by subscribing on-line.