The world, and the wondrous array of God’s creatures that reside here are constantly evolving. Although the incomparable Sir David Attenborough will tell you that this is a marvellous thing, I find myself - strictly with my carp angler hat on you understand - having to disagree…

If you were sad enough to look up the aforementioned phenomenon on the online finder-of-facts that is Wikipedia (and I obviously was) you’d learn that:

Evolution is change in the heritable characteristics of biological populations over successive generations. These characteristics are the expressions of genes that are passed on from parent to offspring during reproduction. Different characteristics tend to exist within any given population as a result of mutation, generic recombination and other sources of genetic variation. Evolution occurs when evolutionary processes such as natural selection (including sexual selection) and genetic drift act on this variation, resulting in certain characteristics becoming more common or rare within a population. 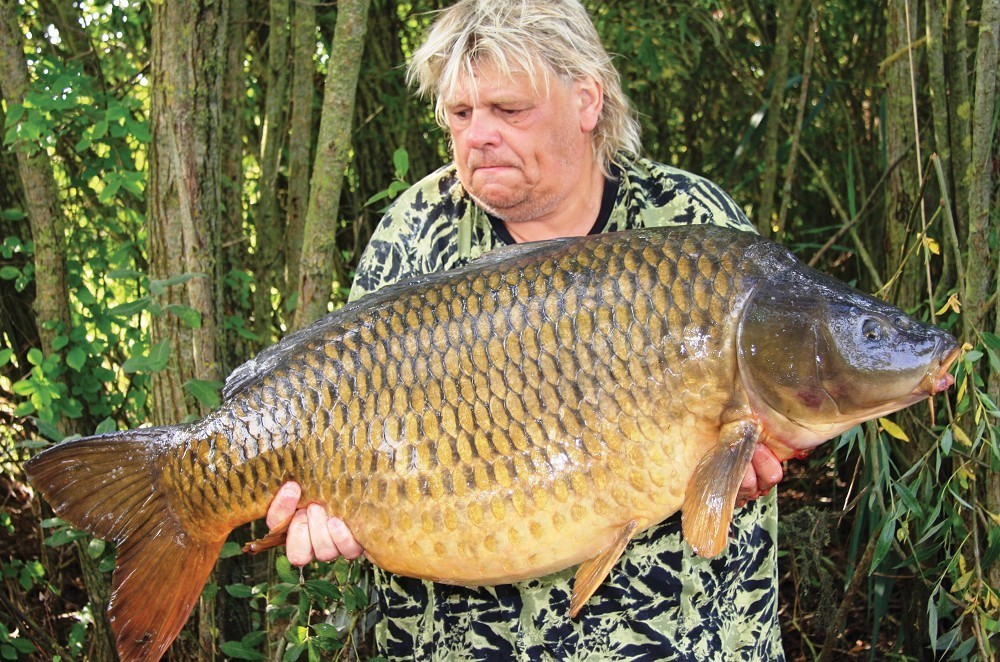 And that, ladies and gentleman, is why gulls are now as big as Siberian tigers, and why they’ve moved on from eating small crabs and fish, to half-eaten doner kebabs and, more to the point, kilos upon kilos of our precious, outrageously priced boilies!

I’m told that on some venues these shite-hawks have taken to riding remote controlled boats and feasting on the contents of the hopper as the boat goes out… I tell you, if they continue to evolve at their current rate, it won’t be long before they start queuing outside the Tackle Box in Kent, waiting for the staff to open up so they can hold up at gunpoint, those first through the door whilst their mates empty the freezers of Cell and Key Cray! 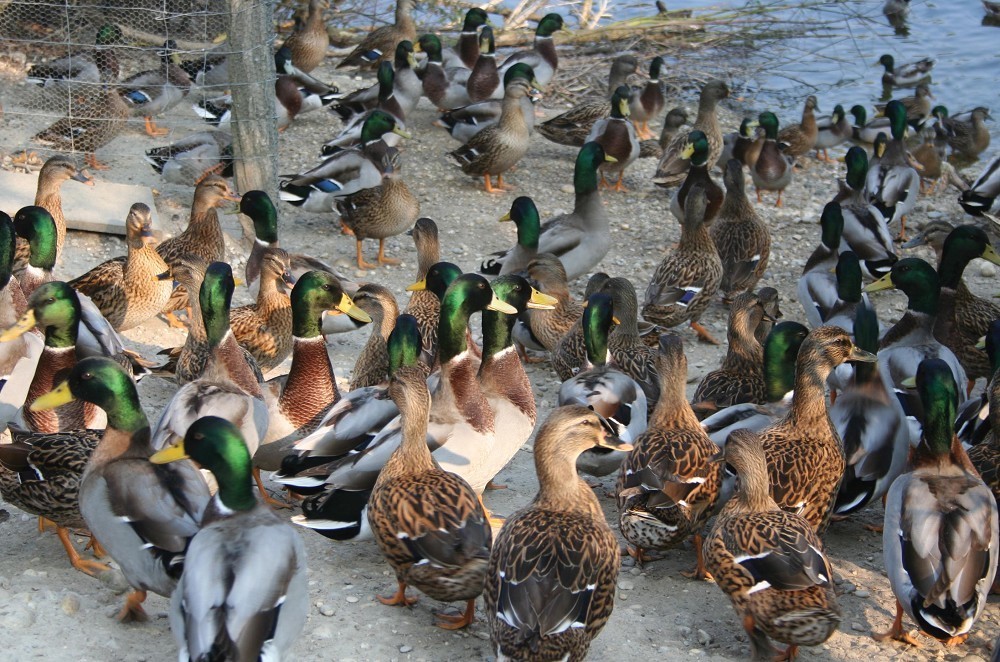 I can also see the day when the more successful boilie-eating gulls - certainly those that are particularly active on social media - obtain sponsorship and fly around our big-fish waters bearing the name of the bait company in question on their little T-shirts… I tell ya, never say never!

Things were oh so different when I was a lad and although throwing sticks weren’t around, baits that were catapulted out were never remotely considered as food by the gulls. In fact, come to think of it, we never saw them on our stillwaters. They were busy strutting their stuff around rock pools and along the cliff tops of our seaside towns. Over the years of course, they’ve moved inland and whilst doing so, have discovered that our little balls of loveliness prove a much nicer food source than a run-of-the-mill spratlet. They’ll now even watch for us to start walking to the front of our swim, and as we reach for our throwing stick, they’re on it like a tramp on chips!
I do feel that the natural world is against carp anglers these days. I say that because our problems can potentially start, long before we even think about baiting up. 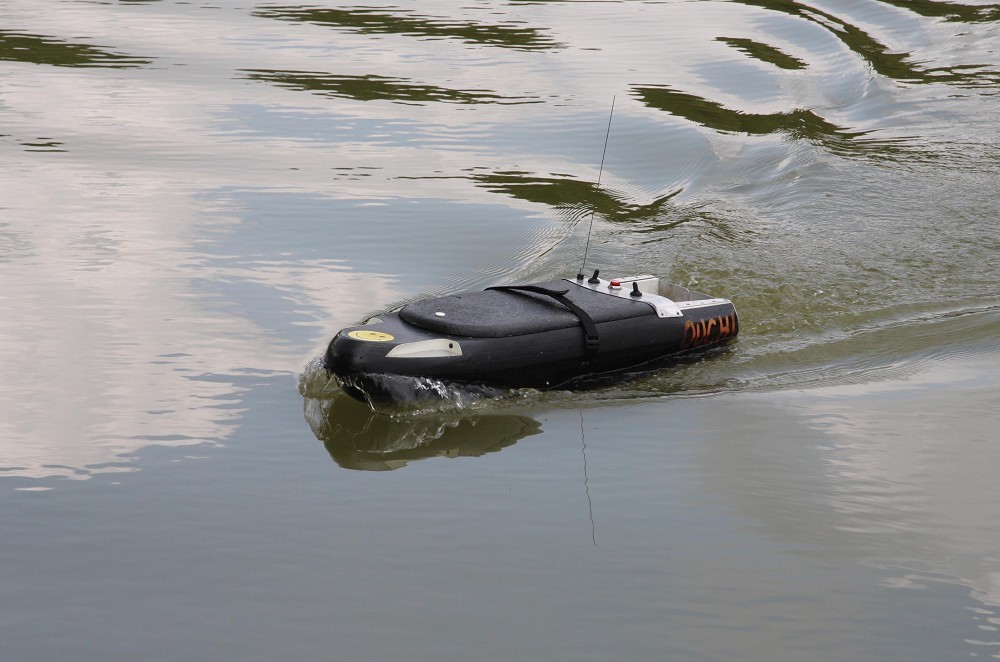 Perfect for hitching a ride

Over the years, I’ve had many a common-or-garden rodent chew through my bait bag in search of my carp food. In Cheshire, a Rottweiler had away with a bag of my boilies and in Austria, I had a fox upturn my freezer box on three occasions in search of my Trigga. More recently, on Lake Sumbar in Croatia, a family of wild boar casually strolled past Bernard Sisson and me every evening to devour countless buckets of hemp and maize. Attempting to scare them off was a pointless exercise and when they’d cleared the particles, they switched their attention to our air-dried bags hung in the trees behind us and ripped the bottom out of them.

Let’s assume then, that we’ve succeeded in keeping our baits safe and secure in the bivvy and that somehow, we’ve also managed to get a couple of hookbaits and a few freebies out in the wet stuff without everything being ravaged by a hundred and seventy-three ravenous shite-hawks; it’s at this point, that a whole host of other problems befall us… 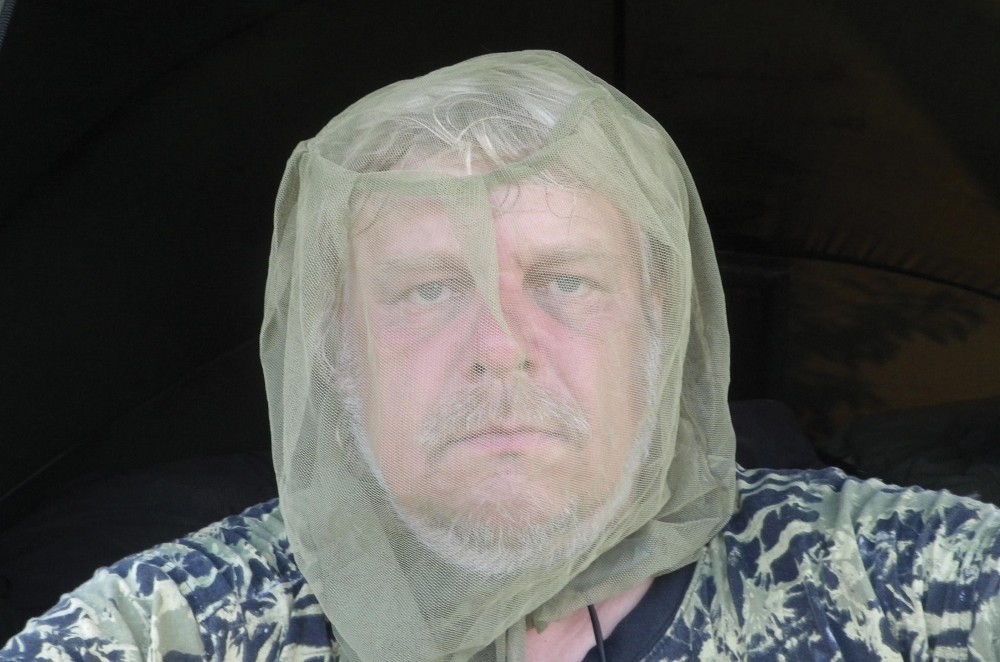 When God was a lad and I first started fishing with boilies, I caught the very occasional carp - along with the odd tench or two that thought mistakenly, that my baits were intended for them. Thinking back, my baits in those days were much softer than anything I’d put on the hook these days, but that didn’t prevent them from being predominantly cyprinid-selective. Other species seemingly, have now twigged that boilies are a food source and in more recent years my own have accounted for bream by the bucket-load, tench, roach, rudd, eels, catfish, koi, pike, trout, sturgeon and one really bizarre-looking critter that my mate and I weren’t able to identify - a consummate allrounder if you will! Surely, it begs the question as to why I don’t write more for Advanced Coarse Fishing, as my talents obviously transcend catching the occasional carp!

Now, rats aside, I’m a lover of virtually all God’s creatures, but don’t get me started on the wide variety of other annoying the little sods that I’ve caught on boilies. I’ve banked enough ducks to keep the local Chinese restaurant going for at least six months, along with crayfish, poisson chat, rats, coypu and even a couple of Musky Muskrats. 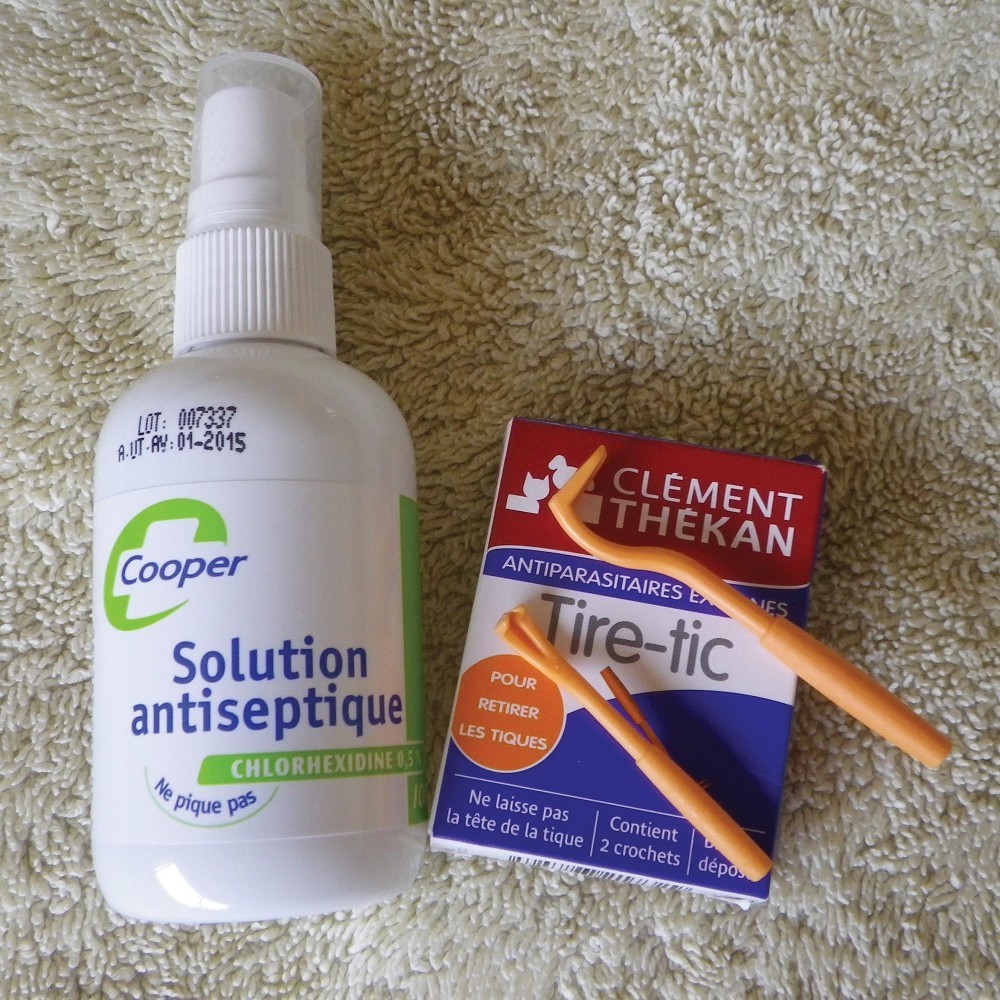 All this is a source of enormous frustration for me. I’ve never had an issue with blanking or spending hour upon hour without action. I came to terms many moons ago, with the fact that things like this are just part and parcel of fishing for big carp. Being disturbed by, and getting hookbaits picked up by, stuff that has no right to eat them properly annoys me!

Of course, the problems of evolution do not stop with the fact that our baits are under constant threat. Just staying healthy on the bank and making it home in one piece is now becoming an effort-filled chore in itself… when I head off on one of my overseas jaunts these days, my goodbyes to the wife have much in common perhaps, with Arnold Schwarzenegger’s farewell before his trek through the jungle after that crayfish-faced ‘Predator’! 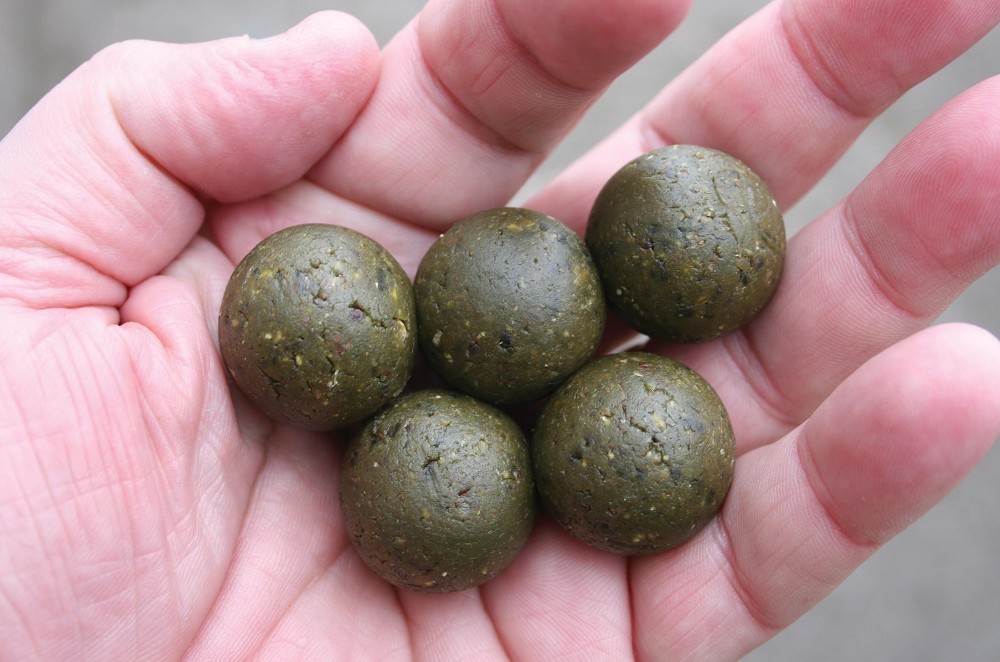 Bigger and harder has to be the way

When I first began fishing in France, I got the occasional midge bite in the evenings. These days though, the mozzies are the size of tree sparrows and I spend half the week dodging wasps and hornets. Then there are the ticks that lie in wait for any unsuspecting carp angler that might wander through the damp undergrowth. I wasn’t aware even, that ticks existed twenty years ago, but now, I jest not, they represent a genuine issue for carp anglers.

For those unaware, bringing a blood-thirsty tick home with you on your person, can result in an extremely nasty ailment called Lyme disease. Now I have no desire to worry you unduly, but if you look up the symptoms and possible long-term effects of Lyme disease on the NHS website, I suspect some of you might never go carp fishing again! It’s certainly worth giving yourself a once-over every couple of days if you’re spending time in the type of countryside where they thrive: woodland, fern, dense shrubbery, heathland and areas of long, damp grass. These days I carry a miniature plastic pitchfork-like tool that I picked up from a pharmacy in France. It’s specifically designed for removing the little blighters and was certainly worth the couple of euros’ investment. (Apologies for going off-piste a little!) 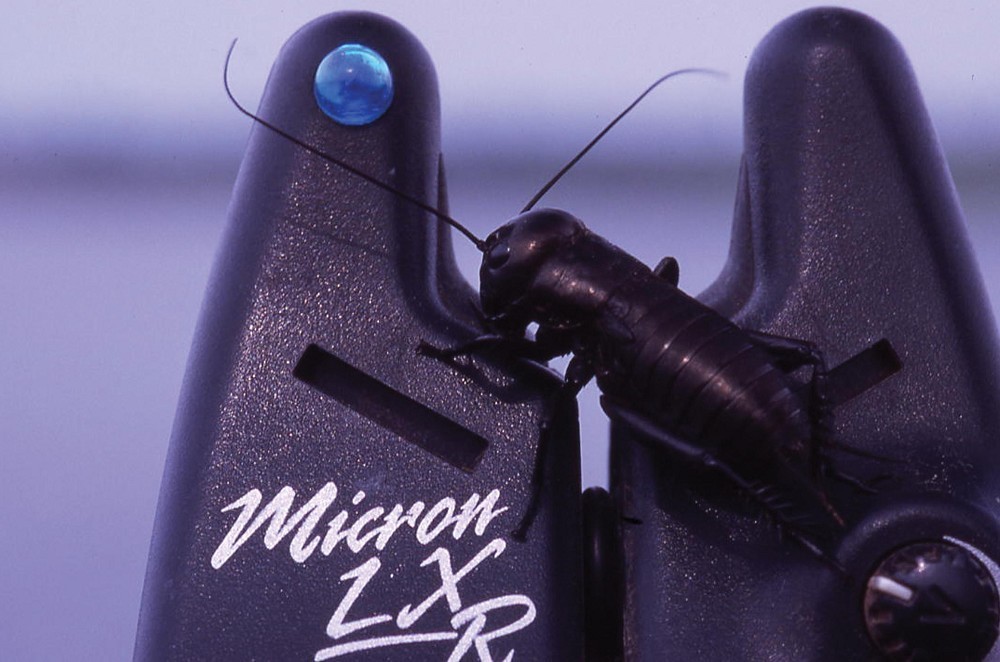 Be careful out there!

Now, working on the assumption that the natural world will continue to evolve at a comparable rate such as it has the last couple of decades, what lies ahead?

I’ll assume shite-hawks are still a good few years away from becoming skilled in the use of a circular saw. In terms of on-the-bank storage then, I suspect we’ll still be okay to retain bait in heavy-duty plastic buckets - those from one of the sexier brands obviously. Looking further ahead however, I hear that the forward-thinking development team at RidgeMonkey are currently working on a stainless steel version of their modular bucket, just to err on the safe side.

In terms of the baits themselves: bigger, harder and as a consequence, more-difficult-for-anything-to-eat, simply have to be the way forward. Obviously this will result in fewer bites, but I for one would happily sacrifice a few carp each year, if it meant not having to do battle with two kilos of ravin’ mad, fire-breathing muskrat at three in the morning!

The hassles that come with the ever-increasing numbers of insects, bugs and creepy crawlies aren’t going to go away either, so do as I do, and smother yourself in Avon’s Skin So Soft moisturiser as this stuff definitely keeps the little blighters at bay. Be prepared also, for having to go angling in beekeeping overalls or a suit of armour as our natural world continues to evolve.

Until next time, carp tigers, be lucky, and most importantly, be careful out there!