Bill Cottam’s back with us once again and this month he looks at (among other things), the angle of your dangle! Listen up carp tigers…

When Richard Stuart Walker caught Ravioli - later to be christened Clarissa by London Zoo where she was ultimately taken - from Redmire Pool in September 1952, I suspect the bait was simply tossed, hopefully, into a likely looking bit of the ogin. The soon-to-be British record carp weighing 44lb, then willingly snaffled it! Miraculous really, as followers of today’s social media platforms and magazines could quite easily lead us to believe that it’s impossible to catch anything without us knowing the precise number of wraps at which we’re fishing…

hat’s the power of marketing for you though. The top media guys at some of the bigger companies have the ability to convince us that we can’t possibly be successful without handing over a fistful of our ‘hard-earned’ for their latest wonder product. In truth, we all did very nicely thank you before the aforementioned life-changer was even thought of.

That isn’t meant as a criticism of course. There’s no question that many of the recent tackle and bait advances - distance sticks being one of them (or two perhaps) - dramatically increase our chances of becoming a fully fledged carp master. I’m simply making the point that clever marketing can potentially turn us all into slightly gullible and frivolous souls at times. 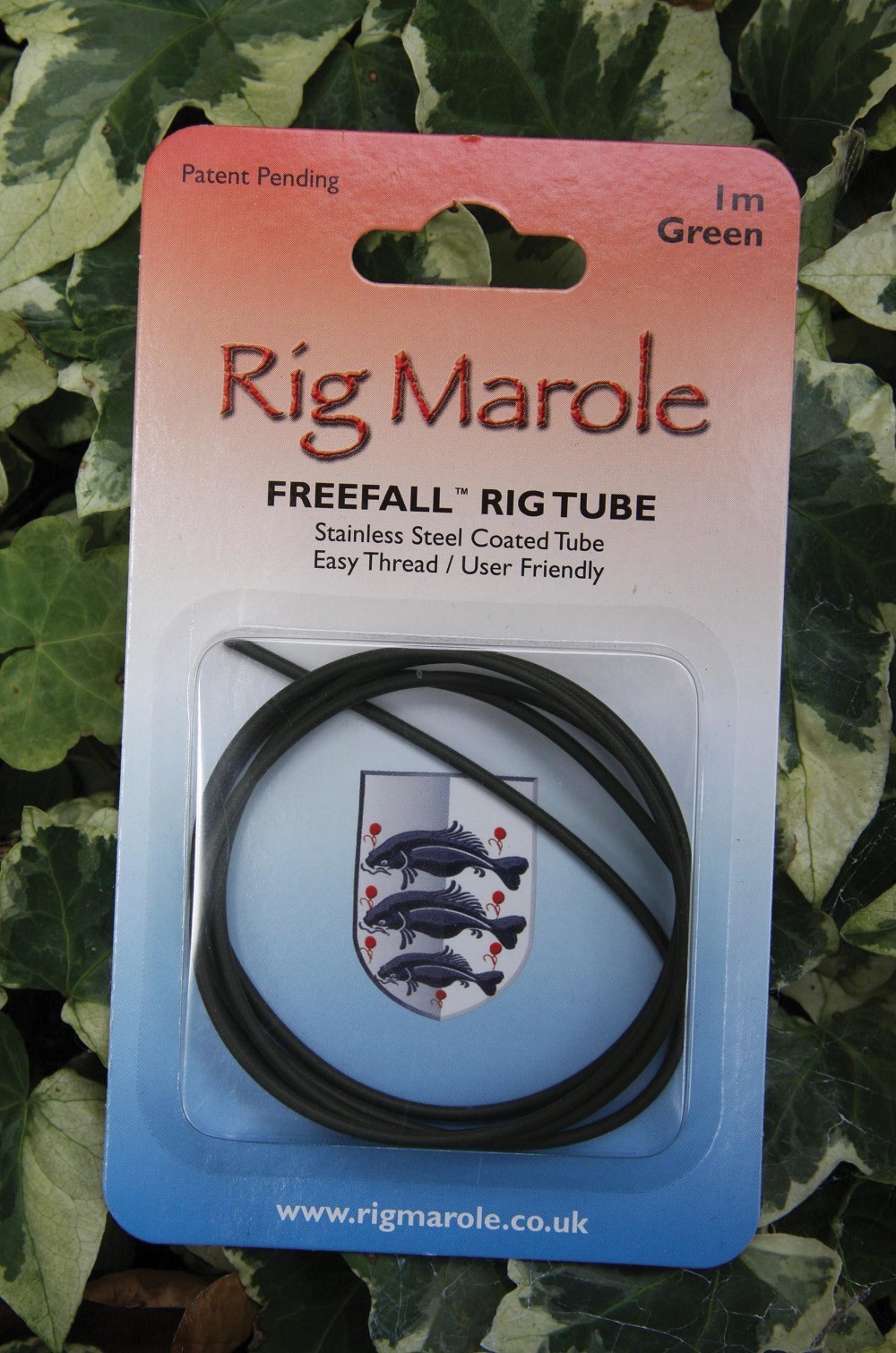 The first instance I recall of advertising and hype having such an effect on me, was the early availability of anti-tangle tubing. As soon as it came out I excitedly acquired a fistful and have used it religiously ever since. Thinking back though, I was on monofilament hooklengths in those days and never tangled anyway!

The first anti-tangle tubing I remember was made from ridiculously thick, rigid black plastic and was semi-buoyant. It was awful and in hindsight, probably spooked many more carp than it actually caught me. Things moved on quite quickly though and very soon I progressed to wire used by electricians. The cable in question had copper wire running through the middle of it and my first job each and every time I got hold of a batch, was to soak the whole lot in boiling water and then, with the aid of a glove and a pair of pliers, strip out the copper inner. It was a massive improvement and had the added advantage that I could cut it to whatever length I wanted… and it sank! It wasn’t exactly Rig Marole Freefall I grant you, but it certainly helped us fool a few back in the day. 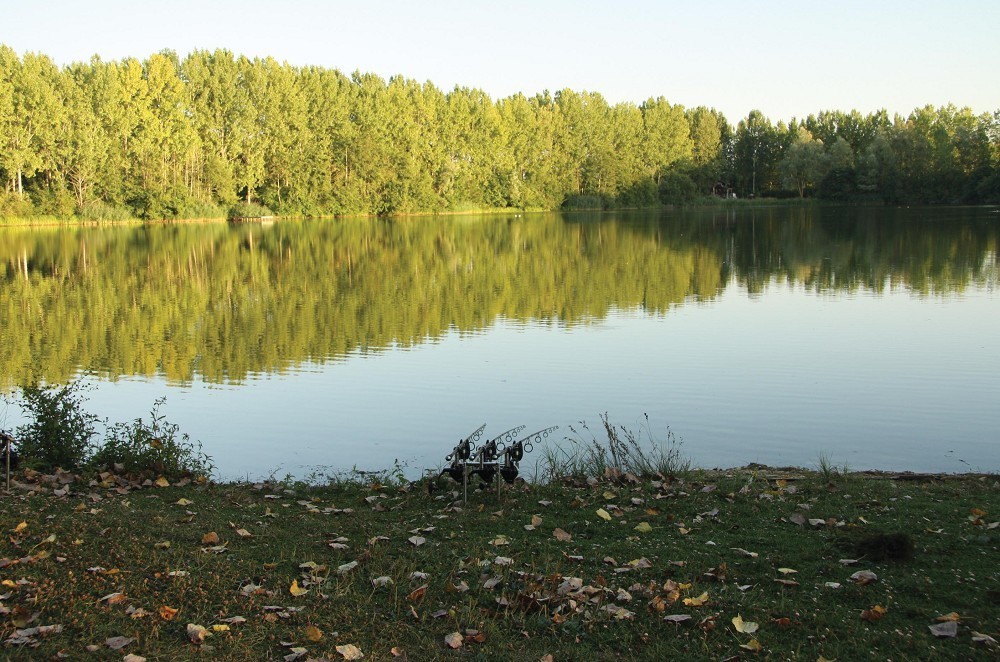 Low to the ground with a slight fan on the rods…

The black and white images of our piscatorial forefathers seen regularly in print to this day, suggest that the early carp gurus also, didn’t feel the need to use a laser spirit level, a theodolite and a team of skilled surveyors to set their rods up… simply sticking into the ground a bankstick of sorts with a ‘v’ of some description at the top, was seemingly deemed more than sufficient.

I think I can say without much fear of contradiction that the early Redmire and Billing Aquadrome boys didn’t have ripping the Michael out of the fella in the next swim because his right-hand rod tip was marginally higher than the other one, particularly high in their agenda.

Things have changed with the passing of the years though, and these days I think we’ve all come to terms with the fact that looking the part and giving other anglers the impression that we know what we’re doing, are much more important than learning your craft and how to become a successful catcher of carp. 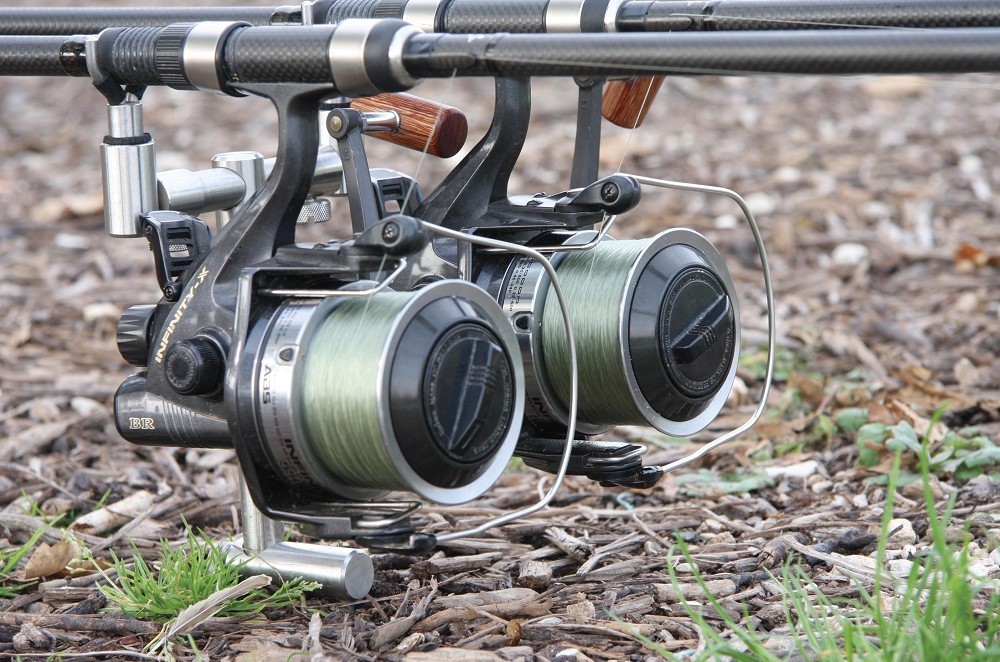 Reels positioned snugly in front of the back rests

I suspect I’m preaching to the converted when it comes to readers of this frontrunner of a magazine. Most of you will already have a much better rod set-up than this particular washed-up has-been could even dream of. Here goes though, just in case you’re unsure and too embarrassed to ask…

Under normal circumstances, rods should be no more than 12-inches (sorry junior carp tigers, 300mm) from the ground. You should have two- or three-rod buzzer bars that allow a slight fan from front to back. Parallel rod set-ups are a total no-no, as when viewed from a distance they give the illusion that you have a reverse fan going on (i.e. that the tips are closer together than the butts). Always purchase the smallest buzzer bars you can get your hands on though, to ensure that the rods are as close together as possible, and don’t worry unduly if this causes you problems in terms of lifting the reels up in the event of a take… if you’re fishing a proper, hardcore circuit water, you won’t get one anyway! 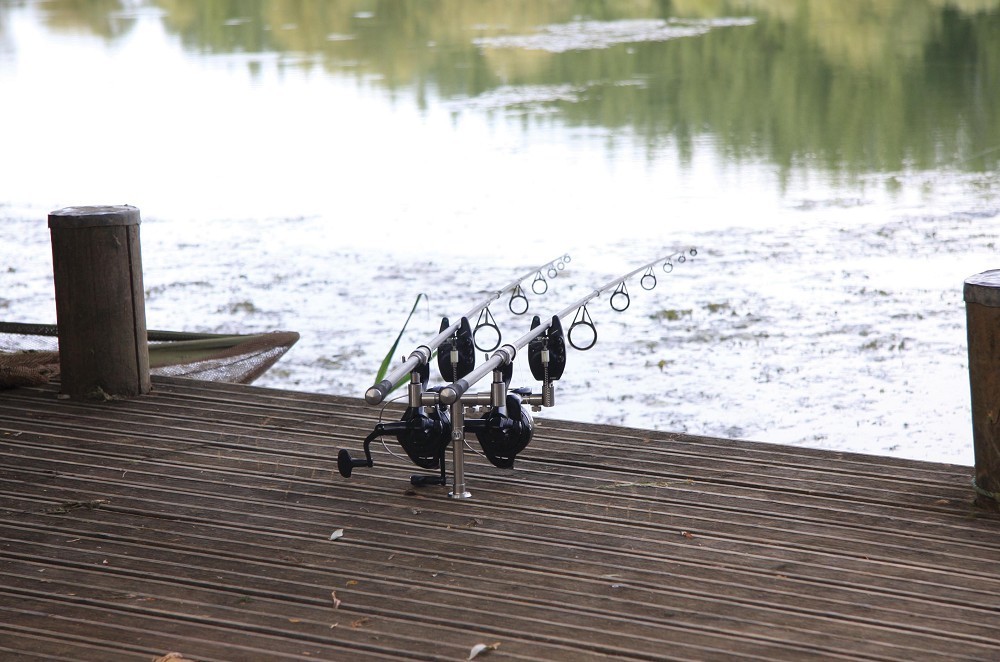 The distance between the buzzers and the back rests is also vitally important if you’re looking to get yourself onto the very top table of carping trendsetters. I’d suggest that 600mm to 800mm is about right. Any closer and the fan on the rods is over-extenuated. Any further and you run the risk of being mistaken for a Barbour jacket-wearing tench angler from the late seventies - I assure you, that’s not a look you want to be associated with!

Similarly, always ensure your reels are positioned immediately in front of the back rests. Placing them further forward might arguably add extra stability to the set-up, but it’s rather too ‘Badger’ for my liking.

For UK angling, rods should always be angled slightly, to ensure the tips point downwards. Many anglers make the mistake of pointing the tips upwards. This though gives the impression that you’d rather be in France and that you’re under the thumb of her indoors who won’t let you go… again, not a good look!

Things change enormously when we’re fishing overseas of course. When angling abroad, it’s compulsory for rods to be pointed skywards… preferably on six hundred quids’ worth of the most ridiculous pod you can lay your hands on. Fear not, if the water you’re fishing is not an inland sea or particularly weedy. Taking such things into account is far too much of a practical approach and, at the risk of repeating myself and over-stressing the point, it’s all about looking the part!

The proper hardcore boys also realised some time ago that, irrespective of where we’re fishing, rods positioned way out in the water add to your image enormously and enhance your mystique. Don’t worry too much if your swim doesn’t necessitate such a performance each and every time you need to attend your rods. Simply remember the old adage that captures account for a great deal more, the harder you make them for yourself. 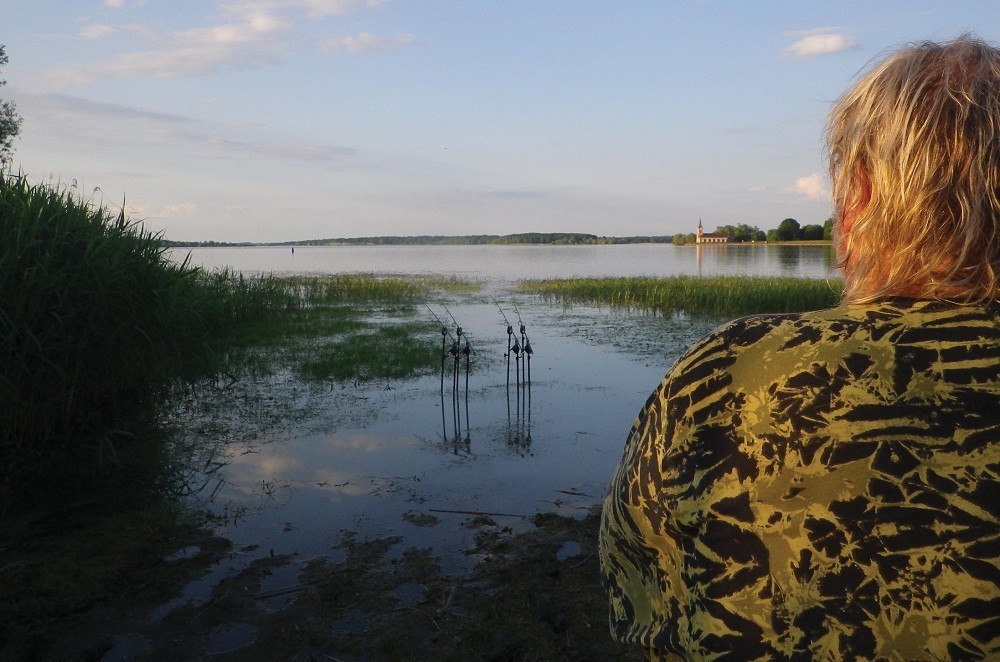 Rods way out in the water

Having to dive out of bed at three in the morning, before pulling on your Vass rubber-wear and wading ten metres into the wet stuff while the buzzer continues to scream, might be deemed something of an arduous and unnecessary task by those that don’t understand; those in the know however, will appreciate I’m sure, exactly where I’m coming from - nudge, nudge, wink, wink and all that!
It goes without saying that bivvies and shelters also need choosing in accordance of where in the world you plan to fish. For the UK, don’t make the mistake of going for the full bivvy approach. This might have the effect of making you reluctant to move swims twenty-seven times in two days. The best approach is to opt for the smallest, most uncomfortable shelter you can lay your hands on - ideally a brolly and mini-sides-type of arrangement that sits very low to the ground and has no groundsheet obviously. If you’re someone of later years who suffers with a bad back and arthritis, and who finds this set-up rather impractical, again, fear not. It’s far better to turn your toes up early by not taking care of yourself than it is to suffer the of being the only bloke on the lake without the ultimate stealth set-up.
Those of you that appreciate more comfort and who favour a set-up that allows you to make it to a screaming buzzer inside half an hour, might well be better suited to fishing overseas. Such sessions necessitate the widest, tallest and most ridiculously oversized tent money can buy. You’ll note that I said ‘tent’, rather than bivvy. Shelters for continental climes need to have more in common with the former than they ever do with the latter. The amount of kit you need to store is a total irrelevance and ‘the bigger the better’ should be the one and only adage that shapes your thoughts. Obviously you might find it useful to speak to the owner of the lake you’re visiting to check whether the swims are big enough to accommodate your monstrosity, but if you anticipate potential erection problems (ooh err missus) don’t worry unduly… just fish somewhere else! And whatever you do, don’t forget a picnic table and a camping chair for everybody in your party. Such things might be scorned upon by the time-served carp tigers on hardcore UK circuit waters, but they remain compulsory on the vast majority of overseas venues.

Be Part Of The Other Crowd

MONSTERS OF RIVER AND ROCK : Part 2

MONSTERS OF RIVER AND ROCK : Part 1