The Natural Scheme Of Things

I stretched and yawned one Saturday morning, filled the kettle and made myself a brew. And once it was at the required teeth-curling strength, and had added a drop of milk, I switched on the telly to watch the third match in England’s One Day International against Sri Lanka.

My first thought was that the clouds seemed to have disappeared and the game was being played in bright (if not a little boiling) sunshine. Just maybe this match would get to a natural end? I had missed most of Sri Lanka’s innings because I still have the need for at least twelve hours sleep at night, however, it looked as if they had amassed a good score and England would have an entertaining runs chase. All was well with the world until, of course, the commentators started to talk.

“Someone is going to have to score as well to get to the total required.”

At which point I put the proverbial sock in the most annoying cricket commentator’s mouth, Nasser Hussain! It was kind of fun to watch it all in silence, punctuated with the sound of my kettle boiling for another brew. 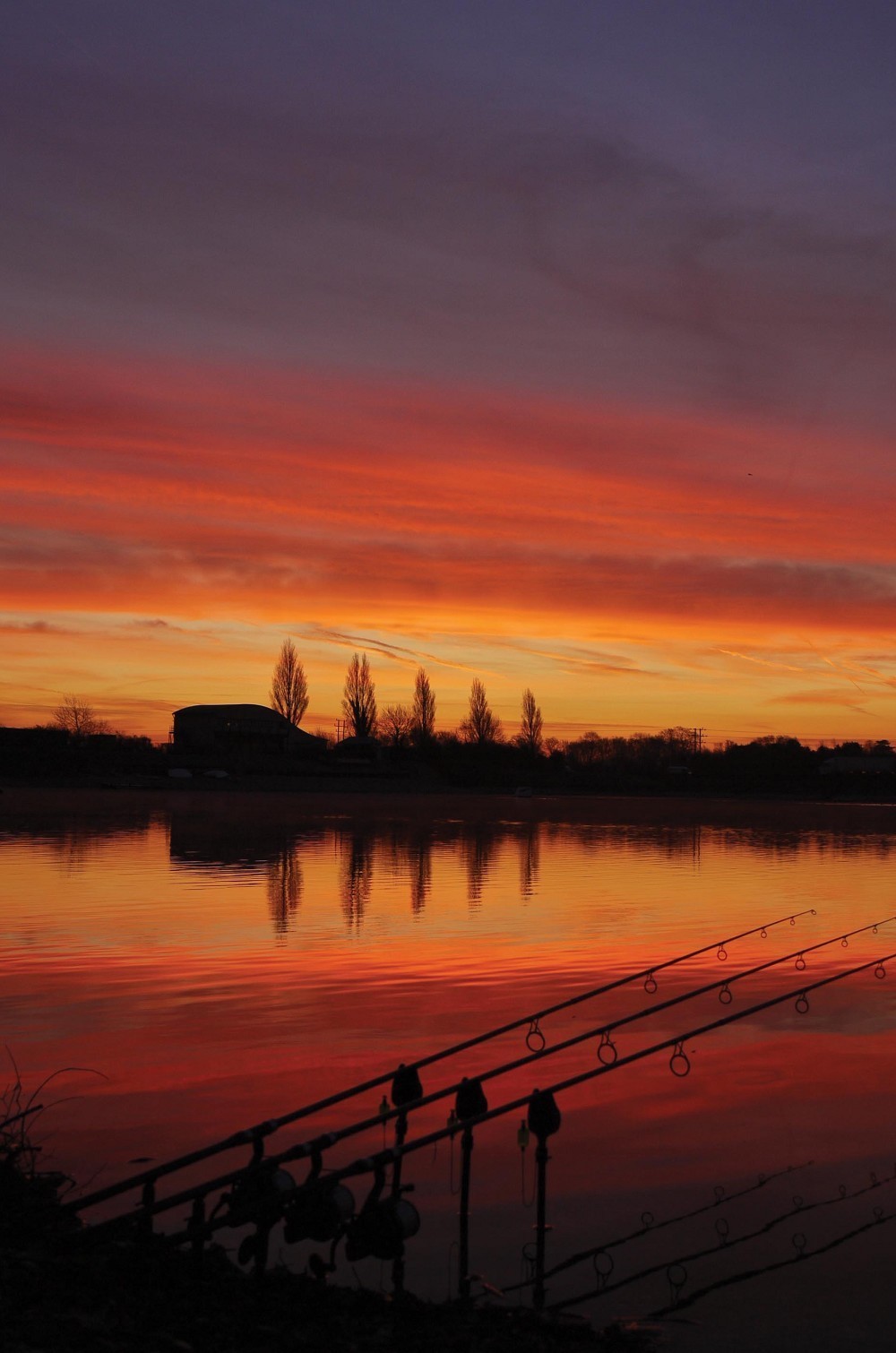 Enjoy the environment and learn from it

It’s not that this doesn’t happen in every other sport either. Oh no! I’m not the greatest fan of football, to be honest, but even when I do watch some guys rolling around on the pitch feigning injury, it’s the commentators that annoy me the most.

“Chelsea are one nil down against Liverpool, all they have to do is score a couple of goals to take the lead”. You don’t say? “If this penalty goes in, they will be one nil in the lead.”

You can’t help feeling they believe the listeners are the most mentally challenged of people, and I’m very surprised they don’t try and remind me the kettle has boiled, and I should make my tea!

I can only assume that this type of brain destroying nonsense wends its way through all walks of life, and in the main it seems to originate from characters who are supposed to know what they are talking about. Evidently, they don’t. It may sound strange that I refer to football and cricket, but as always these things tend to invade our fishing lives and thoughts. I still read the magazines today with the same boyish enthusiasm I did years ago, but on many occasions the author manages to let me down. Not only has the passage of time diminished the amount of people who actually write, but the commercial content has taken away the very reason why the vast majority of people go fishing in the first place.

I was turning the pages of a magazine a while ago with great anticipation, when I was eventually stopped in my tracks. Under a picture the caption read: ‘Always remember to put the lead on’… I spat a mouthful of tea and snot all over the place when I thought about how incredulous that statement was. And it got worse. In an amazing act of self-punishment, I decided to read what else he had to say. “Put the lead on the lead clip”. “Now attach the hookbait” and finally, “Remember to cast to the spot”! I could only think of things in one way: did he expect me to position a rig without a hookbait? And once I had remembered that, did he think I didn’t know I could only catch a carp with my rig in the water, and get it there with a lead attached to my lead clip? It’s that very thought that leaves me wondering if many actually care about everything else carp fishing, and the environment we angle in, has to offer?

For those who have the ability to look a little further than their tackle box, or indeed, at the amount of free tackle they will receive for saying such useless things, I have always believed that there is so much more to this adventure. Birdlife would be one of the most enlightening things about our time by the water, not only from the antics they get up to, but the information they can deliver. The grebe is a fisherman of sorts, although he doesn’t receive any financial benefits from catching a fish, of course. It is they that have given the game away on new unchartered lakes for me. I watch them closely because they feed on fish, and although their prey is much smaller than the carp we crave, those little fish very often use the same features and lake bottom terrain that the carp do. So often I have watched a grebe’s patrol route, and then investigated it with a lead or marker float, discovering features such as bars and gravel humps that I may otherwise have missed. 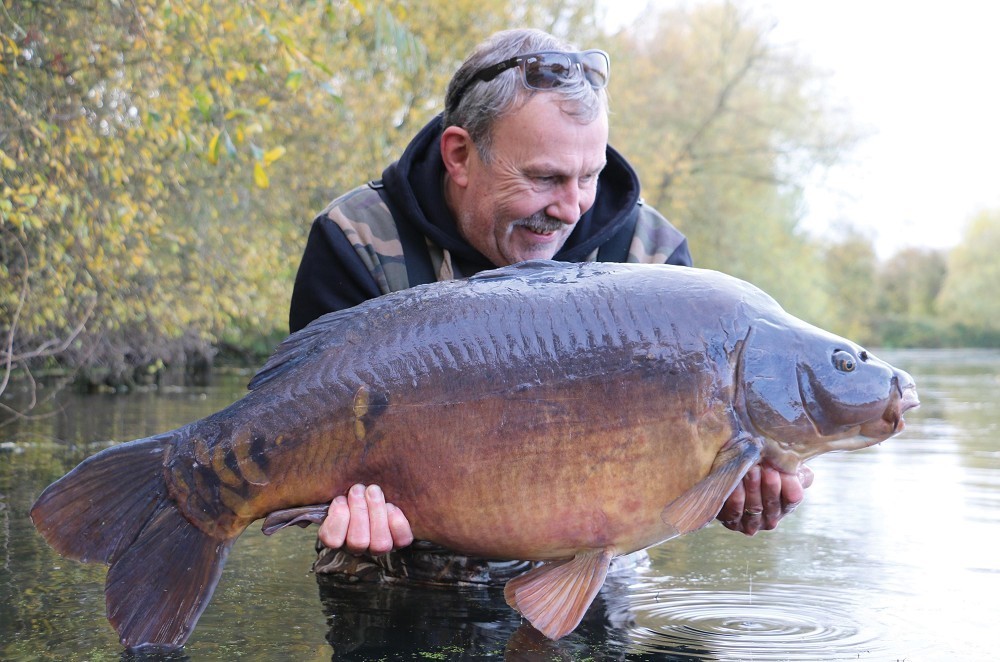 Watching other bird’s reaction to things is another great indicator of the carp’s whereabouts. Swans, although I can never understand how something so thick and uncamouflaged can survive, have often helped me to locate the carp I’m looking for, especially when they have young. A mature swan beating its wings and stamping on the water surface very often indicates the presence of a large carp beneath them, and at the very least I know where the carp want to be at certain times. Then of course they come over to you swimming through your very obvious lines and ruining the traps you have already set. A pity evolution didn’t issue them a brain!

And do you know what? The birds can even tell you when you’re going to get a bite. I had a few bites on a session recently, and on my second and last morning I sat by my rods about half an hour before dawn. The pipistrelles were still very active, inches above my head, the owls flapped lazily back to their day time haunts, and the coots were about to start the day ahead. One in particular swam some 80yds, all on his own, in a direct line towards a spot where two of my hookbaits lay amongst 3kg of boilies. As soon as he arrived he dived, and a nano second later he exploded from the water like a Polaris Missile, and was back where he came from seconds later. All I could think was that a carp had scared him, and probably a big one too! Minutes later I received a fast take from that area, and the battle raged until I could scoop up my prize. At 41lb 10oz it was indeed a monster, and whilst she recovered in a retainer for a few minutes, I raised my cup to the coot, thanking him for the heads up.

I have to admit, of course, that I had attached a lead and put a hookbait on. However, just maybe, if we understood more about the environment we fish in rather than the tackle we use, the more we are likely to catch carp. Just my opinion of course. 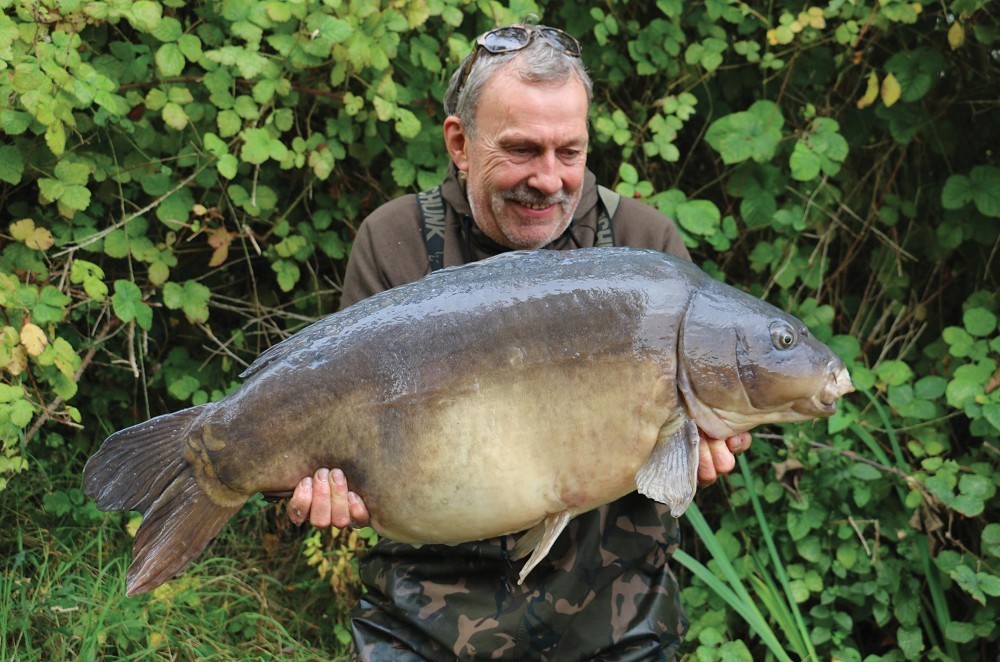 A coot told me this 41lb 10oz mirror was eating his breakfast!