Our hard-nosed columnist doesn't like pointless things. And he doesn't like changing things for the sake of change.

I am not the kind of guy that constantly repeats himself. Once something has been said it is time to move on, the last thing I want to do is labour the point and bore everyone to death. However, there comes a point where I have to, because everyone keeps on about the same subject, and I simply have to say my piece about it all… for better or worse.

‘Experience’, so the dictionary describes it, is: 1. Direct personal participation. 2. Particular incident, feeling, etc. 3. Accumulated knowledge. 4. Participate in. 5. Be affected by (emotion). It also goes on to inform us that the word experienced means: adj skillful from extensive participation. I would just like to work through that little lot before we get where I want to go with this, so bear with me.

1. I have directly participated in fishing since I was five-years-old and, risking giving my age a way, that constitutes fifty years of experience. 2. I have had a whole host of incidents and feelings along the way. 3. I’m guessing those fifty years have armed me with an incredible amount of accumulated knowledge. 4. As I said, I have been participating for fifty years. 5. I have been affected in a whole host of ways by my involvement in fishing and suffered the entire range of emotions that go with it. To that end, I guess, I am an experienced angler because of my extensive participation. You may well have noticed I have left out the word skillful because that is not for me to judge. I have been around the block a few times, but how skillful I am I have absolutely no idea. 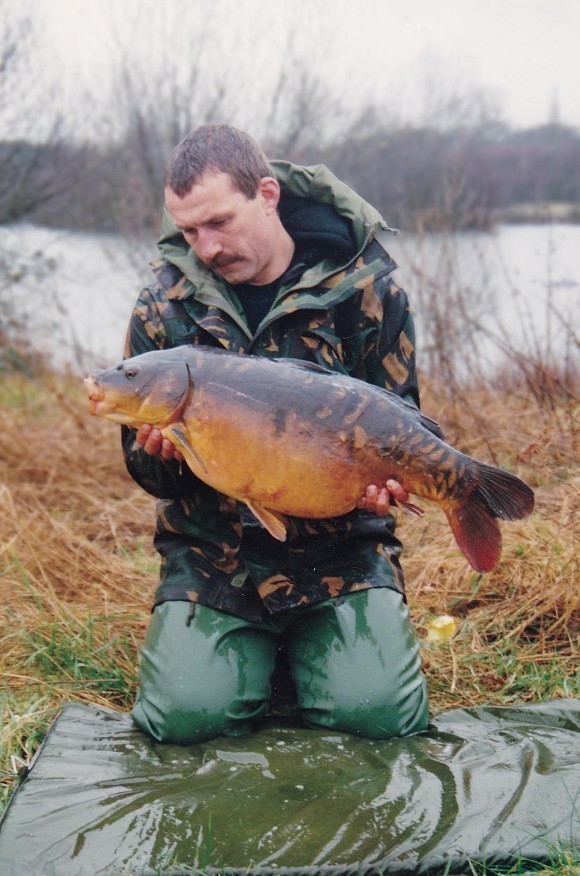 Even on horrendously limited Army time in the eighties, I knew there was little point in messing around with something that works

I’ve always been puzzled by pointless things. The need to change when there has been no need to do so, or to do things because it’s fashionable and cool. I spent the greater part of my adult life in the Army, so I probably have a rather unique view on pointless. Right from the get go I realised that ‘pointless’ excited even the most experienced of soldiers, indeed it was something they seemed to get their rocks off over. During basic training we had been tasked to build a defensive position at the other end of a copse of trees, not an unreasonable request. However, the equipment we needed was in a wheelbarrow and instead of utilising the wheel from which it got its name, we had to carry it. I still hadn’t quite switched onto the fact that you were simply supposed to do what you were told at that stage of the game, and informed my instructor that his stupid idea could be speeded up considerably by pushing the damn thing. To which he took offence, and for the next few days me, and my little platoon of recruits, had to carry a wheelbarrow around with us. It didn’t make me that popular, but it did make me determined never to do pointless things wherever possible, something that sticks with me to this day.

But you’ll never guess what? Yep, suggesting something is pointless still makes you unpopular with certain people, even today. I have read in print lately that people who don’t sharpen their hooks are stupid and foolish; along with someone telling me that, “one trick ponies” will never catch anything because they are too staid in their ways. And it’s all because they think carp are hyper-intelligent. Something that is only suggested to make themselves look even cooler than they believe they already are! 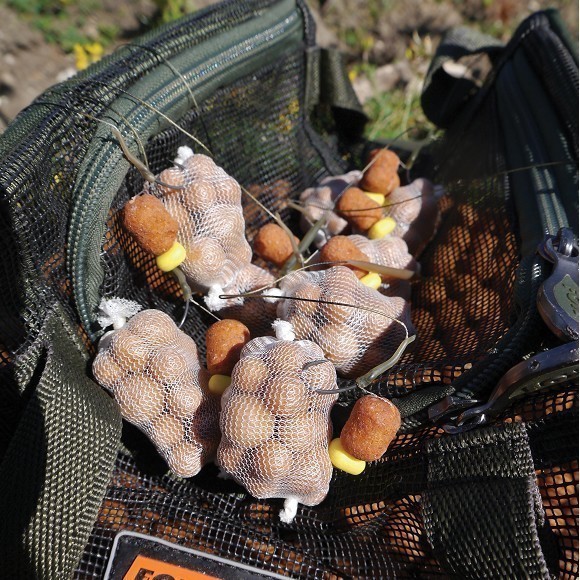 Sorry if it upsets you, but this set-up has caught me fish from everywhere

I have no idea what people’s perceptions are of me, and of what I say, but if you don’t agree with me then I can live with that and I won’t get my knickers in a pickle because you don’t see things my way. Which, in a roundabout way, means that I have to be a little gentle with what I am about to say. Some have a complete hissy fit if they are not taken seriously and thought of as ultra cool when extending the Hair on their rig by a millimetre thus turning them into the greatest carp angler that ever lived. Horseshit about rigs is the number one thing that gets my blood boiling, and I believe it’s only fair then that I should tell you why.

Six-inches of strippable braid with a small, unsharpened hook No-Knotted to it, have accounted for various captures from what were, and in certain cases, still are regarded as particularly hard waters. The Car Park Lake at Yateley, Linear Fisheries Manor Farm, before it was heavily stocked, Wraysbury, Horton, before the deaths in 1997, Sonning, Horton again, Conningbrook (no, I never did land Two-Tone), Ashmead etc., etc., etc. The list goes on, but the rig list does not. The materials may have changed slightly, and the odd fish may have been caught on different rigs, but in essence the good old No-Knot arrangement has accounted for some incredible fish.

I do experiment however, and last year I landed a personal best common on a Stiff Link pop-up. And I only used it because I wanted to prove that no matter what rig I fished, I would have caught that fish. I swapped between pop-ups and bottom baits and it made absolutely no difference to my catch-rate… and it never has.

I have no wish to be rude to anyone, but am constantly amazed at how rude people can be to someone who has simply found something that works in just about every situation he finds himself in. It also works when fishing for what are perceived as the hardest fish to catch, but please don’t call me stupid, because I am not. The irony of all of this, is that the vast majority of anglers that slag us “one trick ponies and non hook sharpening buffoons” down, have never fished what are perceived (not necessarily by me, I might add) as the hardest waters known to man containing, of course, the Mensa qualifying carp.
And we haven’t even got around to bright hookbaits and the need to camouflage your end tackle. Probably the one thing that proves, beyond all reasonable doubt that carp cannot possibly be aware of most of the dangers that we believe they are. Maybe we’ll go over that old chestnut another time, and as always, it’s only my opinion of course. Laters.