Cool calm nights where the frost is close at hand aren’t far away now and under moonlight the water rocks as another carp leaps into fresh air. Daybreak sees no let up in their activity as streams of frothy white bubbles show where the snouts of truffling mirrors and commons are pushing through the silt. Where the weedbeds have collapsed it’s a rich natural larder to complement what the angler throws at them, which is just as well given their overwhelming urge to feed. Martin Bowler 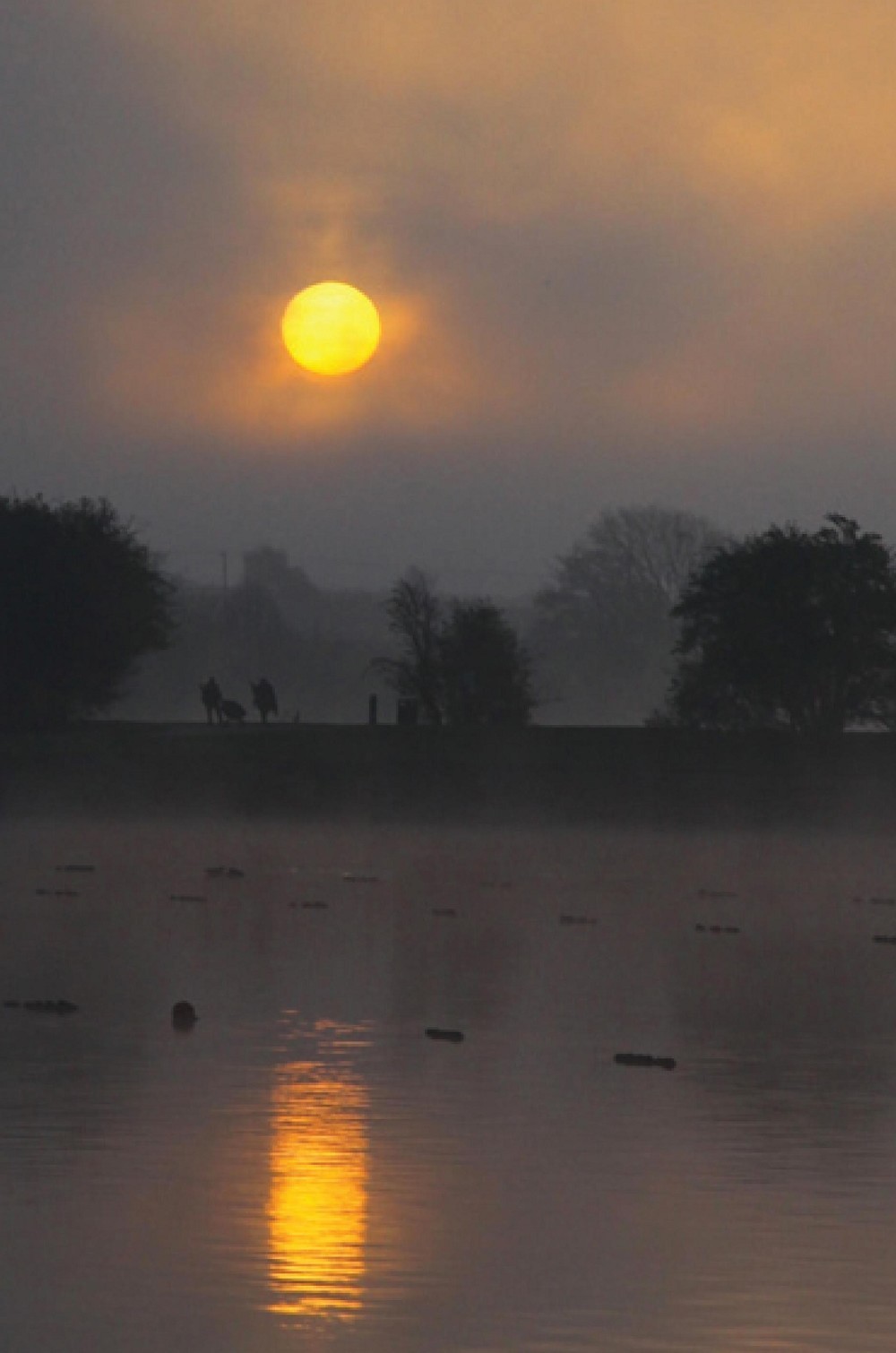 The autumn months: a magical time to be by the water

The description above is what we have come to expect and hope from our autumn carp fishing, but is this the reality of the situation? It used to be, of that I’m certain, matching the orgy of spring. I say this, certain I’m looking at the past through rose-tinted glasses. Now, however, I’m not so sure with the carp under constant pressure and fed copious amounts of high quality food all year round. The switch between summer and winter carp fishing is much more gradual without a huge spike in captures come late September, October and November. Nevertheless, there is some benefit to autumn, especially if you can find a venue with any of the following attributes:

1. A lack of pressure.
2. A lack of bait introduced during the summer.
3 A traditional close season meaning the spring feeding frenzy wasn’t supplemented by angler’s boilies.
4. Best of all though, is to find all three and you’re back to the golden days of autumns past. 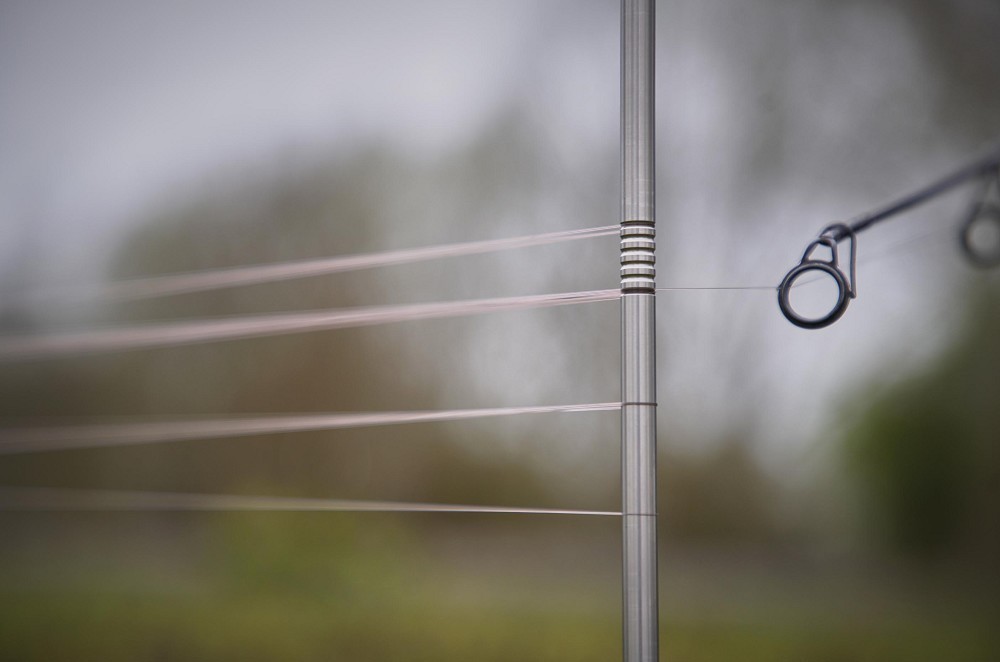 Distance Sticks ensure you get the range spot-on

The journey was long but relatively easy given my nocturnal movements to avoid motorway traffic. Even with a pit stop at McDonalds for a McMuffin and black coffee saw me still pushing the creaking gate open before the sun kissed the lake. There was only one angler fishing but he was in the swim I would have favoured although I wasn’t too fussed as there were other options. Typically I chose the one furthest from the car park and soon got to work pushing the barrow. During this journey I kept a lookout for a sign to shorten it but alas no carp was willing to stop me losing a little more sweat.

The end swim I had selected afforded me the ability to cast across to a non-fishing bank and before I did anything else I went to see if the carp were cruising down this margin. With a gentle breeze pushing against the shelf it wasn’t a surprise to see two good fish almost immediately drift by with one covered in a chalky residue obviously from recently having rubbed its flank across the bottom. It was a good sign so I decided to bait the nearest point to me with a couple of kilos of 16mm Sticky Krill boilies. If I could draw them here the fishing would be so much easier. Alas, despite my confidence it wasn’t replicated by the carp which refused to move down the margin, behaving as if there was an electric fence in place. Suspicion, of course, was the real reason, knowing exactly how to make it difficult for an angler. So I needed to bait where the carp wanted to be but before that I needed to prepare the tackle and importantly get the distance required precisely marked up. 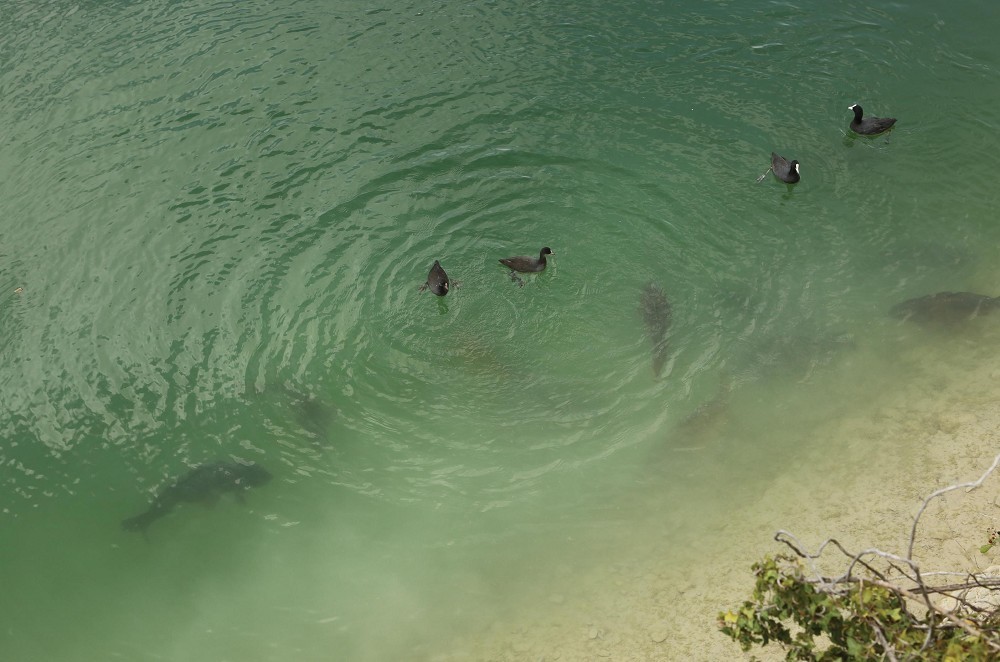 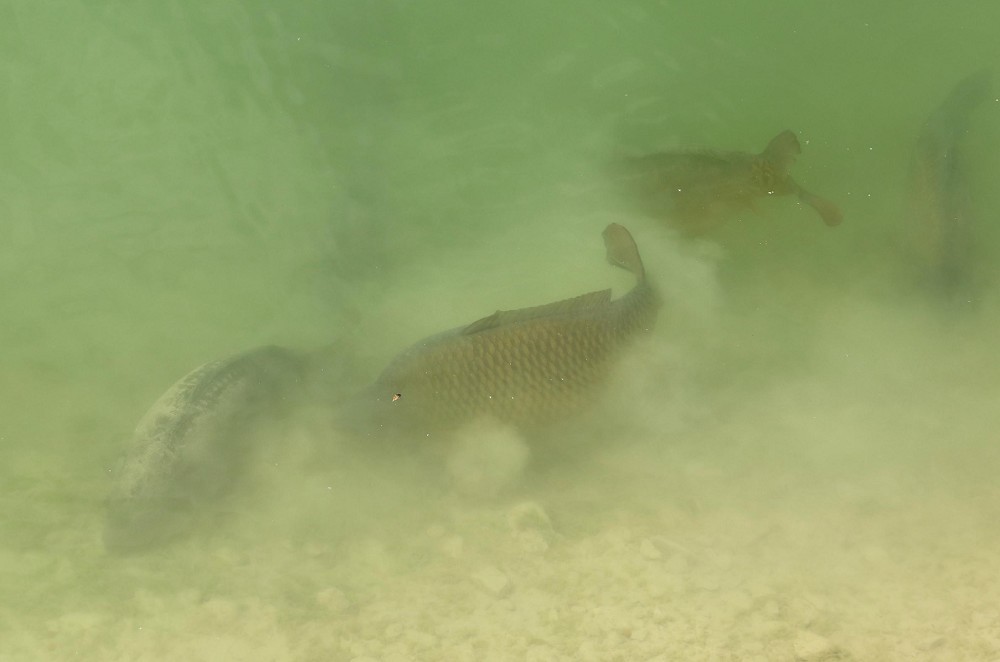 So much so the coots couldn’t even get in on the act!

So not to string too many line through the swim I would only be using one rod, which is very normal for me. A 12ft 3lb 4oz test curve Sniper was twinned with an ESP big pit reel. The line was 12lb Syncro XT to a lead clip and a 3oz weight. To assist with preventing tangles a tapered boom started the hooklength followed by 20lb Tungsten Loaded. A very simple Hair arrangement was formed around a size 5 hook before a dense Krill boilie was threaded on. Initially though I wouldn’t be casting this out until I knew exactly how far it needed to go and to assess this I used another rod without a rig but exactly the same line and lead weight that would be vital to mimic the stretch found in mono.

At the range I needed to fish, knowing exactly how close I was to the bank was difficult so with the water being clear I tied on a 4ft hooklength and white pop-up to act as an underwater marker, which was duly cast out. Slowly with repeated attempts I edged closer until I was certain I had clipped the far bank margin and no longer received a drop, then leaving the line in the clip I put the rod on the ground and walked round to investigate. With little effort I found it sitting perfectly in 5ft of water and now knew I had my distance, provided it landed just to the left of a tree that I was using as a direction marker. 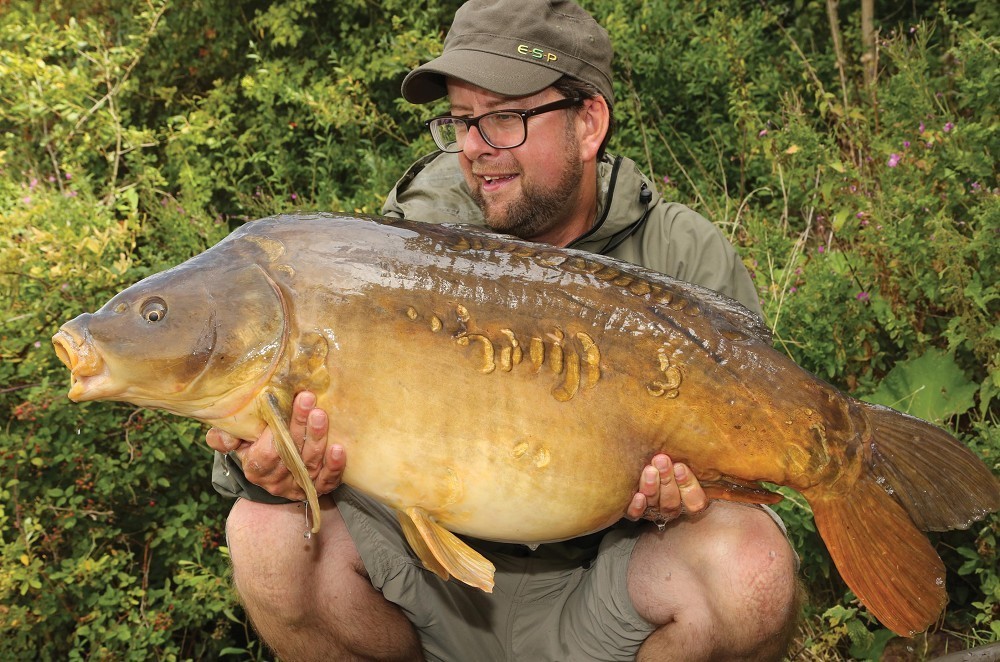 The result was a good one!

Back in the swim I reeled in and then used distance sticks to get the number of wraps, 24 in total which I transferred onto the rod with the rig on it before creating a Stop Knot out of marker gum so I knew where to clip-up on every cast there after. All prepared I could now introduce some more bait. 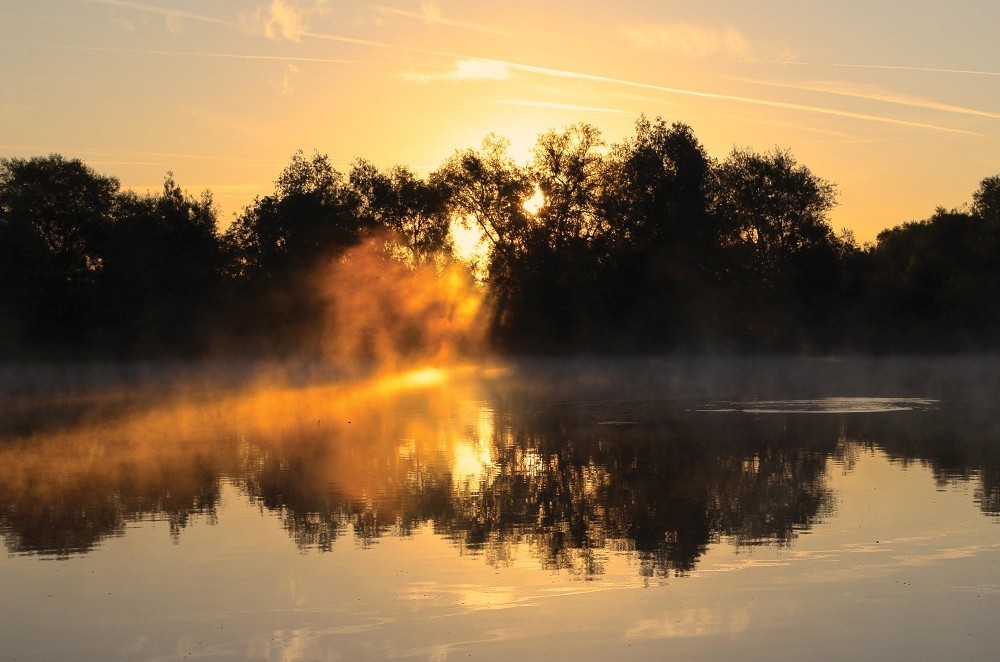 Another kilo of boilies was sprinkled down the shelf and despite my disturbance the difference was amazing. Out of the depths carp appeared immediately, tearing up the bottom in a frantic bid to get every mouthful of bait. Such was their feeding intensity even the coots were kept at bay! Understandably I was keen to get a rig in place and literally ran back to the swim. It took four attempts to make a cast I was happy with, veering too far left in flight each time before the lead flew straight and true. Had I disturbed the carp? It didn’t seem so as an upper-thirty caused my alarm scream as it made its mistake.

The beginning of a great session where autumn carp fed like I remembered, filling my landing net with big golden bellies and scales the colour of the sun.

1. Even if you have marked out exactly the distance required to make a cast, this might change a little if the wind increases or decreases. A bow of line formed will have an impact.
2. If you keep records of distances in favourite swims, note what type of line you were using - there is a massive distance between monofilament and braid.
3. Remember your rod position needs to be the same every time the lead hits the clip, as does the trajectory of your cast.
4. Carp fishing isn’t complicated and neither do your rigs need to be: a sharp hook and no tangles are the crucial factors.
5. To help stop tangles, I use a dissolving nugget but to guarantee that it comes off quickly leaving no residue I place it in a PVA mesh bag first.