Why have so many of the county's finest carp died this year?
They are all getting older but still receiving the same amount of pressure from anglers. Old people are retired at 60-65 whereas our old carp are chased to their last days. Being captured is VERY stressful for a fish. We have many old big fish from the same era which are all coming to the end of their days in the same few years.

How much did the harsh winter play apart in it?
This winter played a huge roll in the demise of lots of fish, not only our big old warriors. Long periods of time under the ice and extended cooler water temperatures therefore means less feeding which in turn allowed the fish to get out of condition. You can get winterkill in lakes that have been frozen for long periods of time; this is the result of toxic gases from rotting vegetation that doesn't have a chance to "gas-off". You also get no oxygen absorption from the surrounding atmosphere and the lake can become critically low of oxygen. You don't need to be a scientist to work out the stress this puts on any type of fish.

What about The Mere then? The cause is said to be an algae bloom...
What a terrible loss to carp fishing; they were mighty, mighty fish. Depending on the type of algae would answer how the fish died and without knowing the whole story it's difficult to judge. The Mere has always suffered with a big algae problem and I know it put many anglers off for months due to the zero visibility.

Can you explain exactly what has happened when there's a large algae bloom and how does this effect fish?
I would imagine the mortalities happened one of two ways, it was either a massive profusion of algae in those very early hot summer days and the algae just grew and grew as there was so much sunshine, therefore creating lots of oxygen as it photosynthesizes; so no problems there. The problem come as the weather deteriorated and we had that horrible misty, low cloud and muggy weather. There wasn't enough sunshine to keep all the algae alive, so it died, which in turn would take the oxygen out of the water as it rots, plummeting the O2 levels to a critical level.

The algae that grew in the lake was of a toxic nature (Mycrosystus Algae is one variety that has caused problems) and as it developed in the lake it poisoned the fish. It's the same scenario as above but the toxicity of the algae killed the fish rather than the oxygen depletion. This will cause very bad liver damage and CAN cause bleeding at the gills. From my brief understanding of the deaths which involved not only carp but pike and eels, I would say it was a massive crash in water quality. 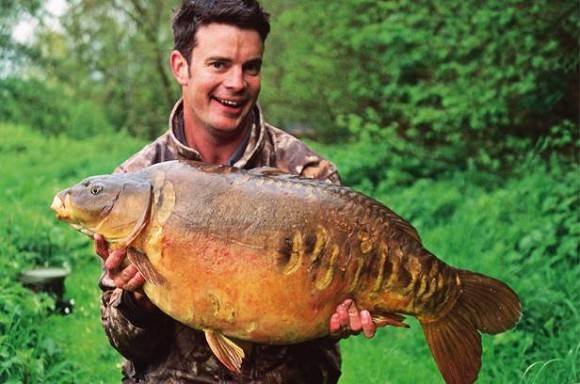 Is that it now or can we expect more deaths over the next few months?
Oh no, there will be more, the worst months are late August and September where you get this muggy close weather with low cloud. All summer algae has been growing and when the sun runs out, it dies and with it the oxygen levels plummet, combine this with decaying weed...

Nightmare. Experts are predicting an even worse winter, so is there anything we can all do to reduce the chances of more deaths?
Sure, there are a few things you can do on the smaller lakes. (1) Try and keep as much of the water ice-free – break it up if you have too. (2) Make sure your fish are receiving some food to keep them in tiptop condition. (3) If the lake is solid with ice, aerate the water or run fresh water through. (4) Ban sacking of fish to keep the stress levels down after a capture.

This article was taken from Issue 79 (October 2010) of CARPology magazine. Be the first to read CARPology's articles in print before they're posted on-line, and get your hands on loads of additional content by subscribing on-line.