Give 'Em A Mouthful!

Whilst most of us will use a single 15 or 18mm hookbait, James ‘Vinny’ Vincent reckons we’re all missing out by not using his 40mm hookbait greedy pig rigs!

The idea of putting two or three hookbaits on the same Hair isn’t a new idea, but it is one that not many anglers actually do. I’ve been doing it for the past ten years and the results have been nothing short of incredible. Not only is it something totally different to what 99% of the carp in your lake will have seen or mouthed before, but it’s also perfect for singling out the larger carp in your lake. 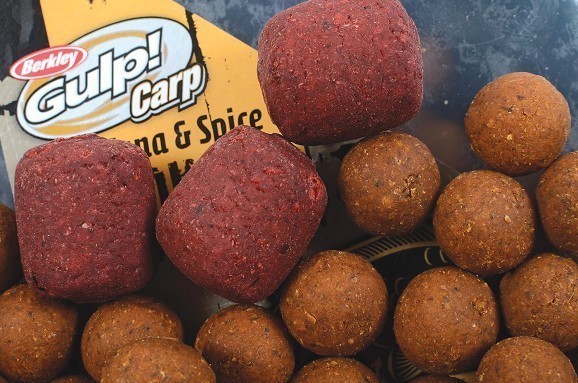 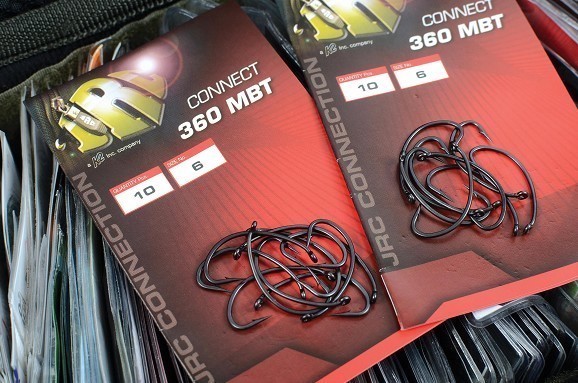 Obviously the JRC 360 Hook used straight onto a swivel is a very well publicised rig and one that I have employed to great effect as a pop-up presentation, however, after last year’s trip to the World Carp Classic at Lake Bolsena in Italy, Rob Nunn showed me a bottom bait presentation using the same hook, which was truly awesome.

The configuration of this rig is very simple, but still gives great hooking potential with guaranteed turning, therefore aiding in catching a hook hold. The hook needs to have the freedom to move to enable it to turn, therefore a subtle material around the hook is a must. I tend to go for a coated braid as this gives the best of both worlds, helping to keep everything tangle-free on the cast, along with separation when the bait settles on the lakebed making use of the stiffness to push the bait from the lead. The subtleness required around the hook is easily achieved by removing the coating to a length of your choosing. I normally go for around an inch which gives freedom for the hook to turn. 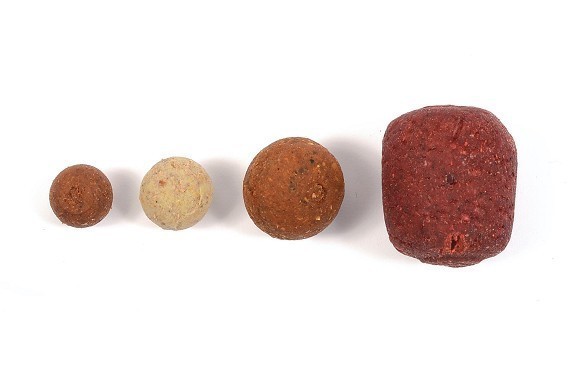 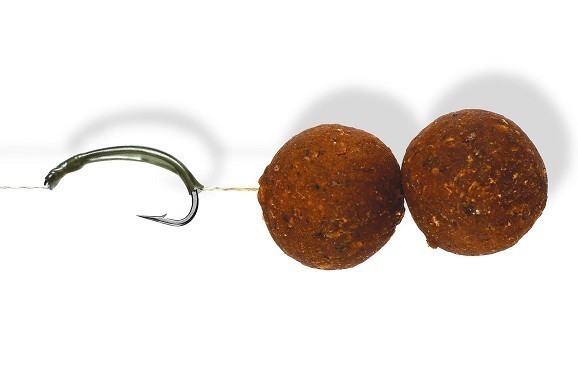 Being a bent hook with an in-turned eye there is no need for shrink tubing to aid the turning. You will find the turning potential aggressive enough with the hook attached through the eye from back to front. That may be an obvious statement to many, but I have lost count of the anglers I have bumped into on the bank with the hook attached back to front – rendering the hooking mechanics of any rig useless. It is very important to set the Hair off the bend in line with the hooklink as it passes through the eye. This encourages the hook to turn as the rig straightens when sucked into the carp’s mouth, anything other than the Hair being in-line with the main line will cause the hook to turn at an angle and possibly away from the flesh of the mouth often resulting in abortive takes, poor hook holds or no hook hold at all. I like to fish this rig in conjunction with larger heavier baits as the weight and momentum helps to turn the hook quicker.

When talking about Greedy Pig Rigs it’s not unusual for anglers to think of big baits and big hooks, but small baits with dainty hooks can also be categorised in this way. The reference is obviously not down to the rig and bait being used, it’s more down to the angling situation. We have all been in circumstances knowing the feeding fish would take your hookbait whether there was a size 10, 4 or 0/2 hanging behind the smallest of hookbaits. This rig isn’t about mechanics or the materials used, it’s about the baiting and feeding situation you create.

Carp are creatures of habit so a free feed is something that doesn’t go unnoticed. Therefore regular baiting, creating that safe feeding area will be their downfall, letting down their guard and bringing the greedy pig out in them. The competitive nature of feeding carp is what makes this rig so effective as you are using their inability to ignore other fish getting a free feed as the chink in their armour. 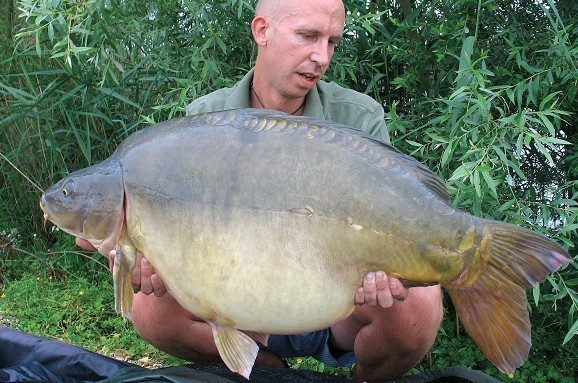 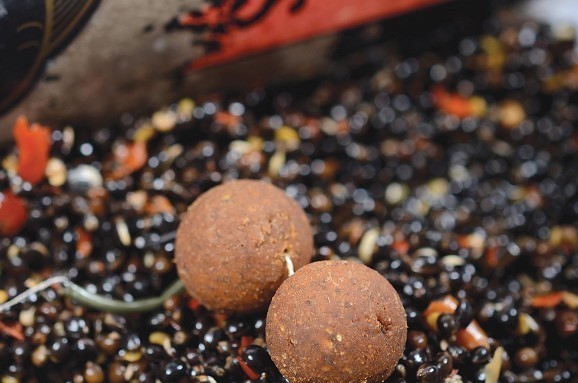 The baiting pattern is to feed heavily and let the fish move in, feeding particles of varying sizes with the key to this application being that they are all small baits and applied in a carpet feed fashion. This type of feeding into a swim will encourage the smaller fish to the party, as the number of fish feeding increases, the carp know that the food will not be there forever therefore being egged on to eat, rather than it being a necessity for them to eat. Although caution is being thrown to the wind amongst the competing fish you won’t enjoy multiple captures if you place a large double hookbait into a group of fish feeding on small particles. In this type of situation I like to use a short fluorocarbon or mono hooklink with an in-line lead set-up. The fish are grubbing about picking up bits so it’s normal for them to suck up a few mouthfuls in an area before righting themselves. This requires a rig with a small hookbait that tries to find a hook hold as soon as it enters the fish’s mouth, not one that requires the fish to straighten the hooklink for the hook to turn for a hook hold.

I tend to fish six- to eight-inch hooklinks in breaking strains of 12-15lb as this is supple enough to get sucked in from any angle. It is also stiff (springy) enough to encourage the sucked in part of hooklink to move back against the angle in which it was sucked in, to then find a hook hold. These rigs are effectively always primed ready for the hook to catch hold.

I have been using the Owner Iseama as it is very light due to its fine gauge and the beaked point acts like a claw to anything it touches. The whole idea of this rig is to self-hook and in this feeding situation it’s a winner. The small particles will be sucked in and ejected as the fish grubs around on the lakebed, if it doesn’t catch hold before being ejected it is ready and has freedom to move for the next fish that approaches and sucks it in, no matter what the angle of approach is.

I have landed cats to 40lb on this very rig, but due to the fine wire hooks I would recommend its use on heavily stocked waters where there is competition for food and little in the way of snags and weed.

Sticking with the particle and the carpet feed baiting approach, another favourite of mine that works on the basis of a larger hookbait offering is the Stacked Sweetcorn/Maize Rig. It is at least four times the offering that is being fed into the swim as loose feed. Therefore in comparison, although small, it works on the fish’s greed to get that extra food into its mouth without the effort of having to pick up and sift four individual grains of the yellow.

Due to the lightness of the bait I still use this with a fluorocarbon hooklink working on the basis that it’s easy to get sucked in but the springiness of the hooklink makes it difficult to eject. All the time the hook is in the carp’s mouth there is a chance that it can find a hold. The number of baits in the stack and subsequently its weight will determine what I use for the Hair material. I find a two bait stack works okay with a subtle fluorocarbon straight through using it for the Hair with a Knotless Knot, but with four pieces and above I incorporate a subtle material for the Hair so the bait doesn’t hamper the hooking potential of the rig. 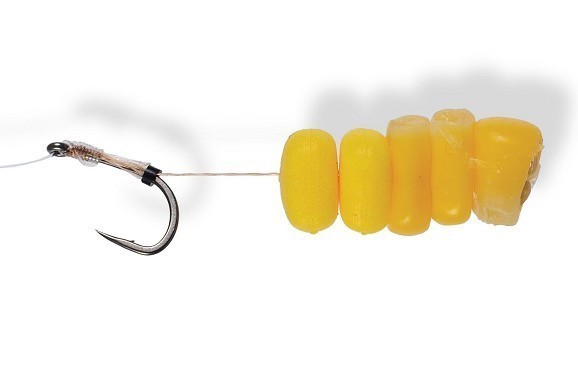 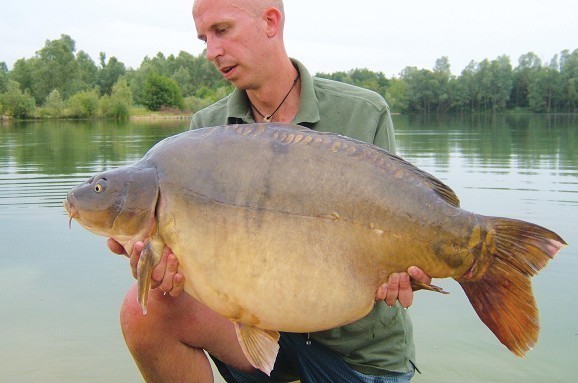 When using a stack in conjunction with a subtle hooklink I tend to use a slightly longer Hair. This aids the stack to settle amongst the free offerings and also gives the hookbait the opportunity to move about freely like the free offerings when the carp move in.

With this style of baiting and angling you will encourage smaller fish into the swim so I like to add a couple of fake baits into the stack. This helps to balance out the stack making it easy to get hoovered in as the fish sifts through the carpet of feed in the swim. With the smaller fish having a go the fake bait gives me the confidence to know I am fishing and not sitting waiting on a bite that will never happen due to the soft corn being picked off the Hair. With the availability of different coloured fake baits, both buoyant and sinking, variations on presentations are easily achieved.

The last rig is my everyday rig with a wide gape hook used in conjunction with large, often multiple baits. It can be used with pretty much any hookbait as long as the Hair isn’t so long that the chosen bait can swing round and mask the hook. This rig is for the greedy carp with eyes bigger than their belly.

I will never forget turning up to La Fritterie in France and the owner and respected angler Jeff Powell telling me that the 30kg of 20mm boilies I had turned up with for my week’s fishing were particles. Being the first time I had met Jeff I laughed off his comments and said I could use double baits to which he just knowingly smiled. There were two of us on the lake that week and we had arrived at the lake early. Whilst waiting for Jeff to turn up we had checked out the handful of baits which were hanging in an air-dry bag. They were between 40 and 50mm and irregular in shape – surely these were not hookbaits? They looked like small dumplings… Jeff further explained that the big fish had been coming off a bucket of maize with one of these big hookbaits over the top… Really?! 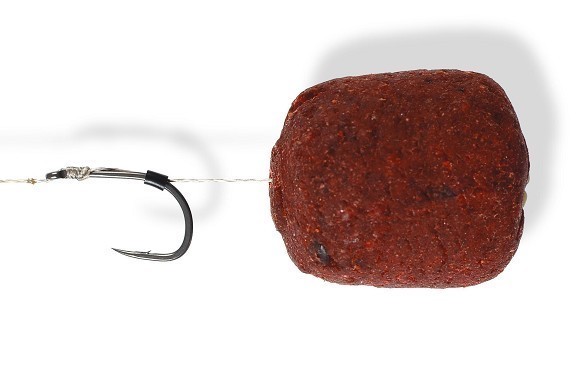 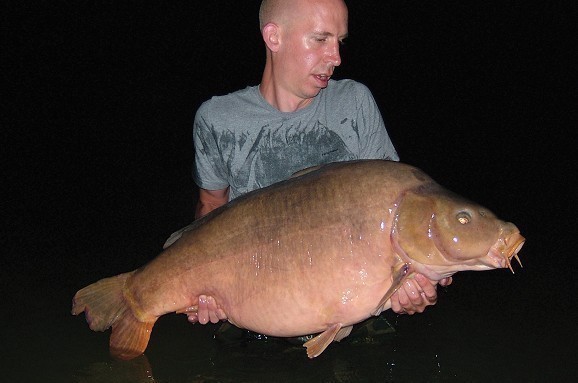 The following day we were instructed to visit the local supermarket and get two-dozen eggs. On our return, Jeff supplied us with the boilie mix and we set about creating these extra large hookbaits, laughing as we did. That night we rowed our baits out, a bucket of maize – that’s a 15ltr bucket – was first tipped over the side and the donkey choker hookbait and rig was lowered on top. This was repeated for all three rods before turning in for the night. The first rod was away at 2am resulting in a mid-forty mirror and that night I also took two further forties off the second and third rods respectively. Unbelievable. In fact, that trip I had eight forties and two fifties, setting two new lake records along the way.

The rigs looked very unbalanced and due to the size of the baits casting them with any accuracy and confidence in presentation would be a worry, obviously in my situation at La Fritterie I was aided by the use of a rowing boat. I couldn’t deny the fact this way of fishing was very productive and really opened my eyes to a quantity of baiting and hookbait size larger than I would dared try, without being given the nod.

I have since employed similar tactics to good effect with double 24mm hookbaits and single hand-rolled baits of similar size to the ones at La Frit. This has always been with the aid of either a bait boat, a rowing boat or whilst margin fishing where I can actually place the bait. If you can get your head around the sheer enormity of what you are going to try and you can be confident in your presentation give it a go you may be pleasantly surprised.

How to beat gravel