Question: how good is a carp's eyesight, especially at different depths and in varying water clarity, and can they really pick out colours?

Simon Scott: Research has shown that carp, like many fish species, have well-developed colour vision. Unlike our own, the eyesight of the carp has evolved to work well in low light levels and in a murky, underwater environment. It’s therefore likely that they retain better colour vision than we do at reduced light levels, and that they’re still able to discern some colours in a situation where our eyesight would fail to pick them out. Due to the eyes being positioned on the sides of a carp’s head, it doesn’t have good binocular vision, so isn’t adapted to judge distances well. The eyes though, are relatively large and with them being sited on either side of their skull, carp are able to see a wide area around their bodies.

The eyesight of carp is affected to quite a large degree by water clarity. In crystal-clear water and bright sunshine, it’s likely that a carp can see in great detail and in a wide range of colours, particularly in shallows where light penetration is good. In really cloudy or coloured water, it’s unlikely that a carp can see well, and in this type of environment it will become increasingly reliant on its other senses for navigation and when searching for food.

Light doesn’t penetrate water well, and a great deal of the light that hits the surface of a lake reflects off it. The degree to which this occurs changes throughout the day and depends on the position of the sun relative to the surface of the lake, the presence of cloud cover, the degree of turbidity in the water and the time of the year. 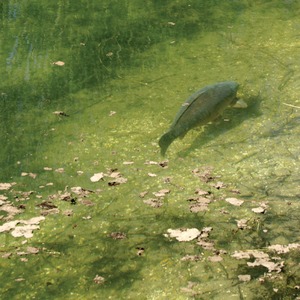 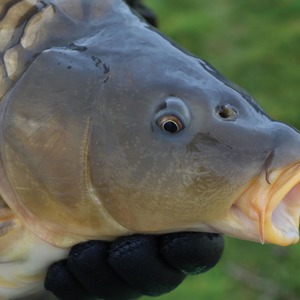 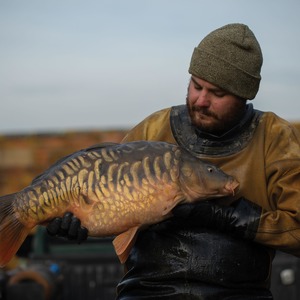 As anglers, we see the changes easily throughout the day, and over the course of the year when we look down into the margins. In January, it’s tricky to see far, because the water seems dark. Come midday in June however, light penetrates the water far more easily due to the position of the sun overhead and in relation to the lake’s surface. The carp’s ability to see colour will, therefore, change throughout the day, and indeed during the year, depending on light penetration. This helps to explain why, on some occasions, brightly coloured baits might get you a quick bite, whilst on others, they seem to be less effective.

An increase in depth will also have an impact upon a carp’s ability to see in colour. As a fish swims down through even the clearest water, its colour vision will gradually fade until it sees only in various shades of grey. Interestingly, one of the last colours to disappear to these shades of grey, is bright pink, and this is why I’m a great fan of a pink pop-up!

In summary then, colour is something which anglers should pay attention to, particularly when fishing in clear shallow water, or when after them on the surface, or around the edges of the lake.