No Boat, No Buzz

For the last year, the use of a boat has been absolutely central to Jack Reid's fishing...

For the last year, the use of a boat has been absolutely central to my fishing. Not a state-of-the-art vessel destined for inland seas, but a budget dinghy with a couple of dodgy looking yellow paddles! 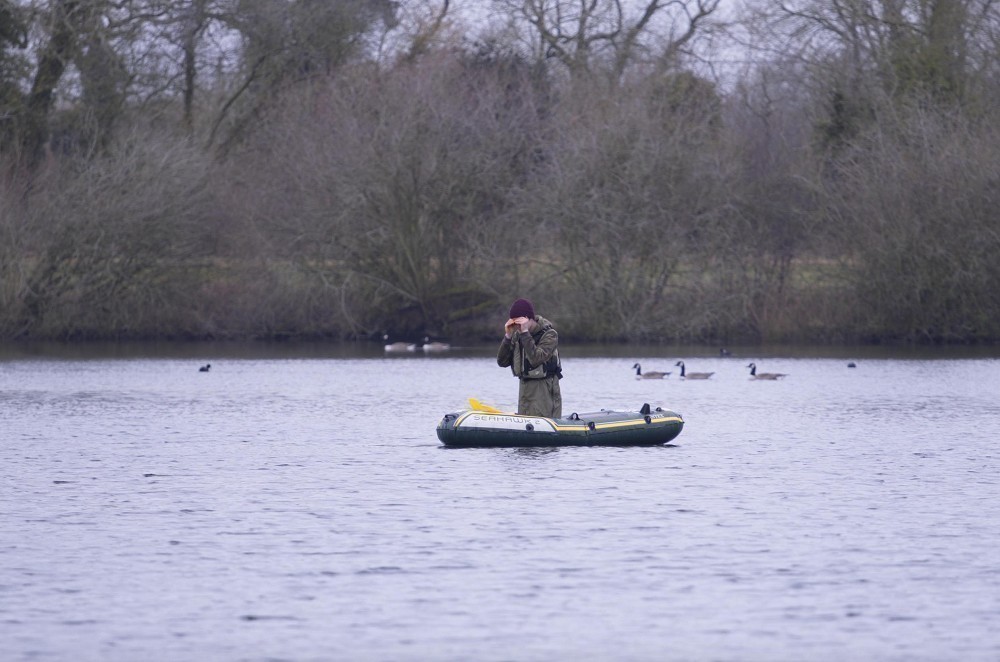 Initially the dinghy was purchased so that I had a vessel of my own on the low stocked pit I would be fishing the year ahead, rather than the large traditional boat usually sat locked up in a corner of the lake. I visualised myself using it as a tool to scout out potential areas in the gin clear water, or perhaps use it to get over the top of a weeded fish, should I be lucky enough to hook one. Once winter had begun to pass, I found myself using it more and more, in ways I had not expected, eventually replacing the Spomb and becoming a tool of stealth for baiting up and gaining range.

Perhaps the most obvious use of a boat is heading out with a rod and bucket of bait, cruising around looking for an inviting area to place a rig and some bait. This was sometimes necessary due to the widespread weed on the venue covering the bottom, making anything but a pop-up a total write-off. Even when using a pop-up, given the option, you would nearly always feel more confident seeing the area the rig went onto, rather than casting and trying to distinguish between a ‘soft drop’ and even an ‘even softer drop’. The problem with this approach is that if the rig is placed, spot baited, and then the rod paddled back to the buzzer then you have no accurate measurement to replace that rod if it is picked up by another species outside of daylight hours, without plenty of faffing around back and forth to shore and gauging horizon markers from a totally different angle. 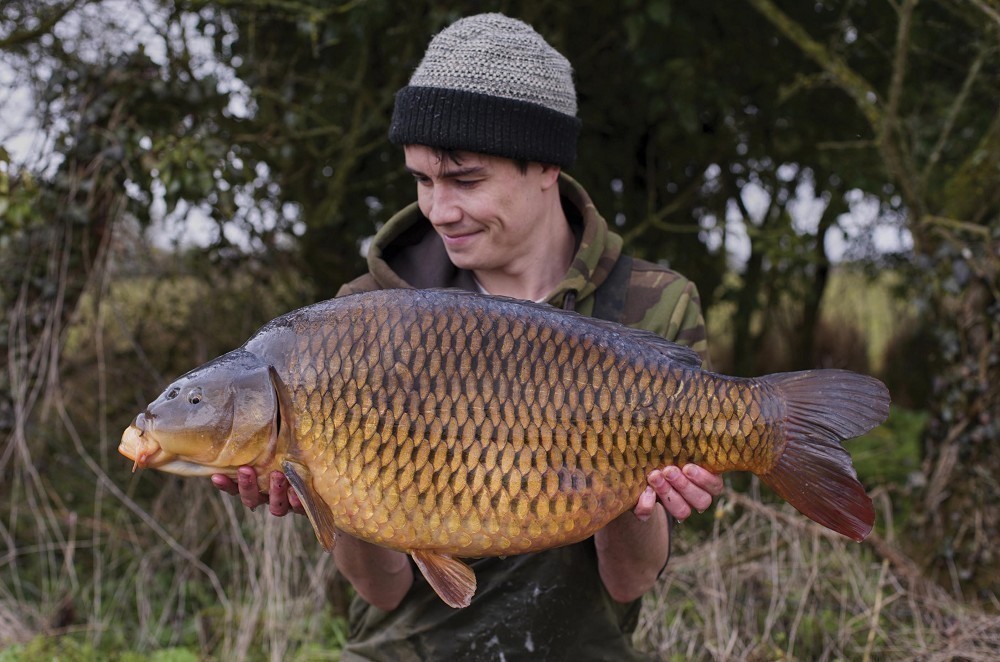 I fished like this ‘shooting from the hip’ a few times, fishing fresh spots, catching the odd fish and mitigated the risk it by only using tiger nuts, which near guaranteed that the tench (and there were many of them!) would not put the rod out of action during the night.

A crafty trick that caught me an early morning fish in spring came after getting my location slightly wrong. The odd fish made a rare show or two just within the extremity of my casting ability. Following numerous blanks on fixed areas, I was feeling it was now or never and the cast was made as close as I could to the area. I then slipped into the dinghy at the lake’s edge as soon as possible, keeping my eyes fixed on the area of the cast’s disturbance and gently paddled across the mirror like surface of the lake. Once within throwing stick range, I gently flicked a couple of handfuls of 15mm Atlantic Heat baits over the area and made my way back. No throwing stick or catapult could have ever reached the fish from the bank - using a dinghy to stop short of the area and bait up quietly acted as a bridge between me and the otherwise unreachable. 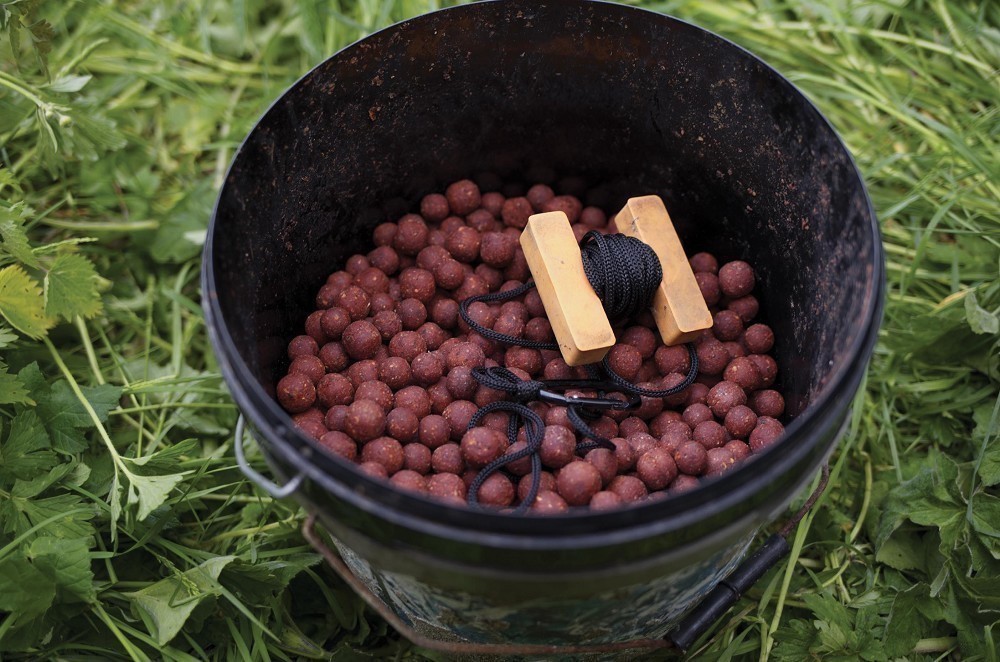 H Block and a bucket of boilies 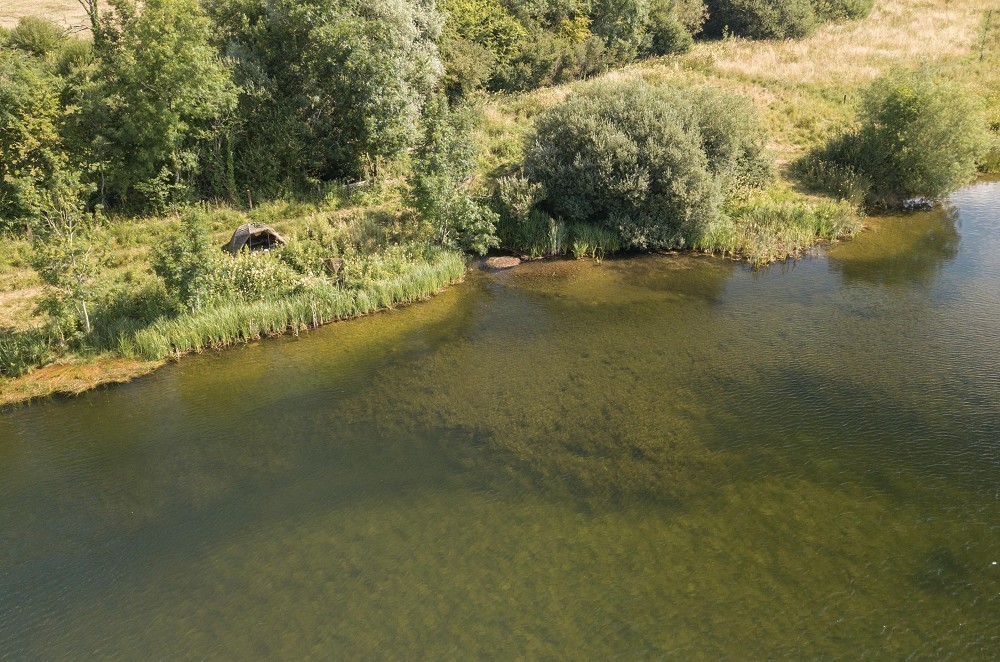 It was pretty weedy!

As the year progressed I started to use more bait and the boat obviously made things a lot easier putting out quantities of bait with accuracy and speed. This would be done to a marker rod or H block as I pre-baited certain areas in between sessions. The speed in which you can put out a huge bucket of mixed particle on a dinghy is lightning vast and quiet compared to endless noisy Spombing, this includes the time it takes to pump it up! Obviously the noise and disturbance of a Spomb on some waters is less of a detriment and sometimes an attractor, but on a seldom fished water with roughly a carp per acre, the Spomb was a rare feature. 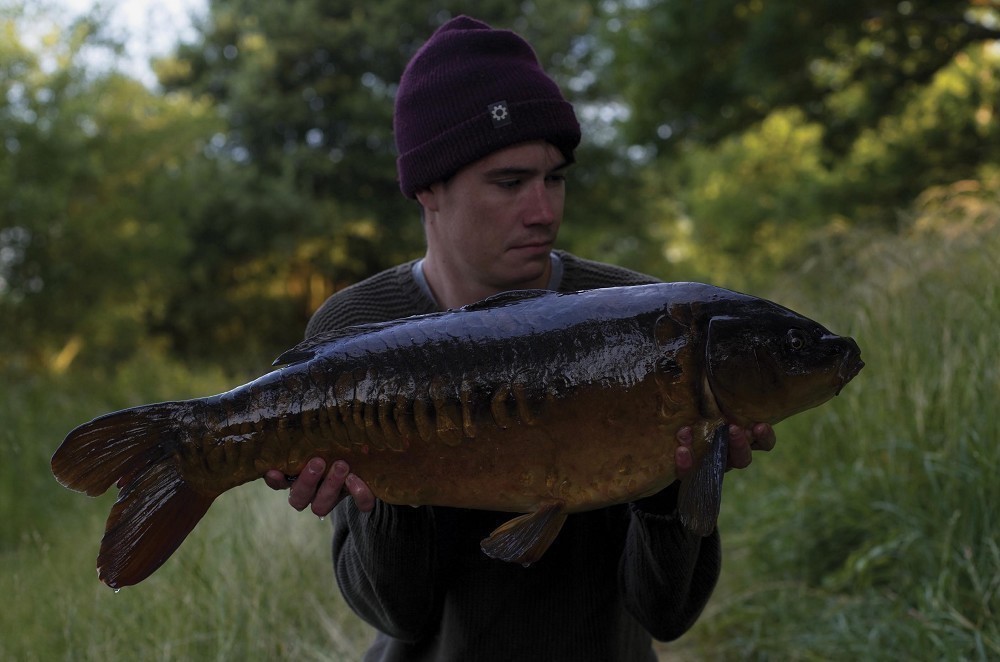 The average overnight session saw me arriving in the early evening, popping up the Hideout, and baiting rigs in the shade, trying my utmost to avoid the seemingly endless heat. By this point the birdlife knew exactly what my arrival meant, and for this reason the rods would be cast as the light was beginning to fade to avoid them picking me up. I would then cast the marker rod the same distance, but to avoid landing around the rigs or making the retrieval problematic, I would cast it twenty yards or so to the left of the spot, basically just to give me a reference when boating out. I would then glide out in the dinghy to the marker and quietly spread a fair amount of tigers, Atlantic Heat and a small amount of my particle mix. This approach proved very successful and saw me regularly catching the illusive residents. 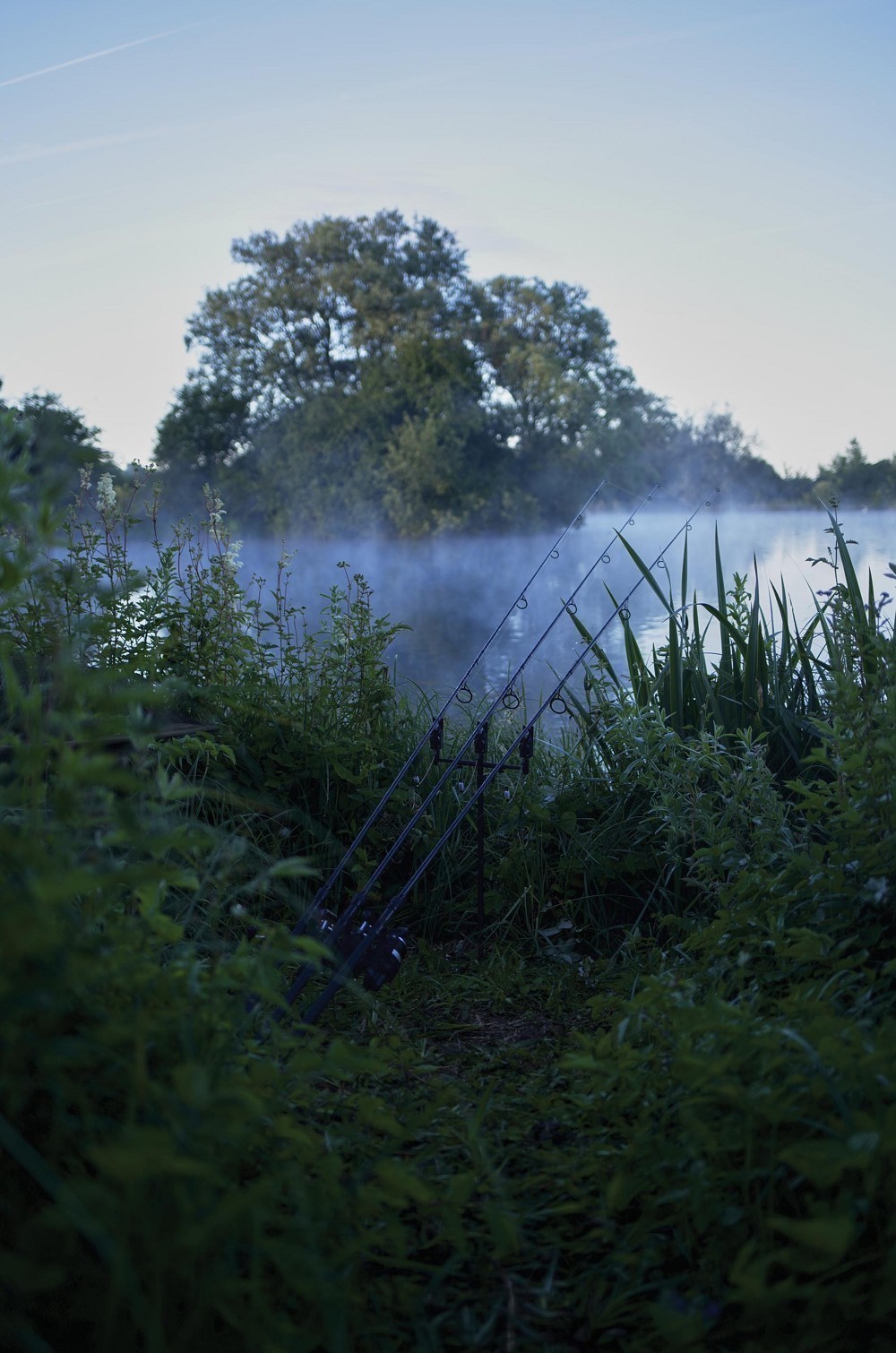 For a good while I had opened the otherwise punishing water, and regularly would be awoken just before first light to clutch-shredding takes. Over time on this area the marker was not required as I had an island nearby that gave me a good reference of where I was. In open water you could easily find yourself baiting inaccurately and I’d recommend using some sort of marker for peace of mind. 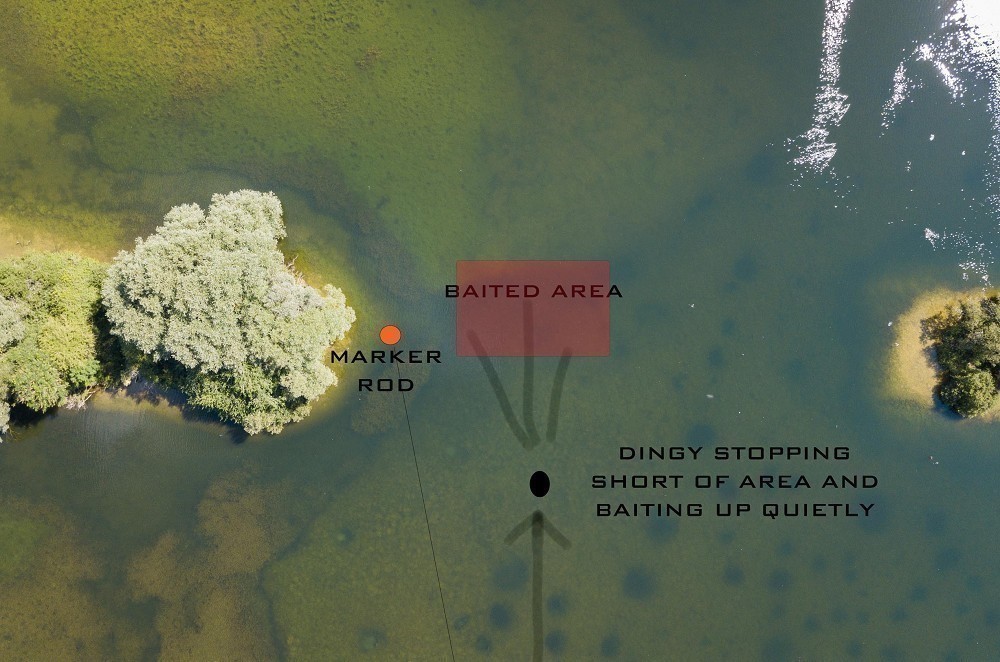 How I was baiting up

The final little boat edge came from a place of greed. Whilst I was quite satisfied to catch on an overnighter from somewhere with a low stock, it was after one bite at 4:30am that saw me wrapping up and recasting the rod a little bit despondent thinking the session was ‘over’. After the commotion of the fight, as well as not knowing how much bait had been eaten by the carp and tench before the bite, I really did not expect another bite, as all the other overnighters had demonstrated - once you had caught it was over. This time I decided to slip into the dinghy and head out to the area, stopping around 40yds short and peppered the area with particle and other little bits with a throwing stick, just enough to revitalise the area and perhaps give enough attraction to bring down any fish remaining in the area. 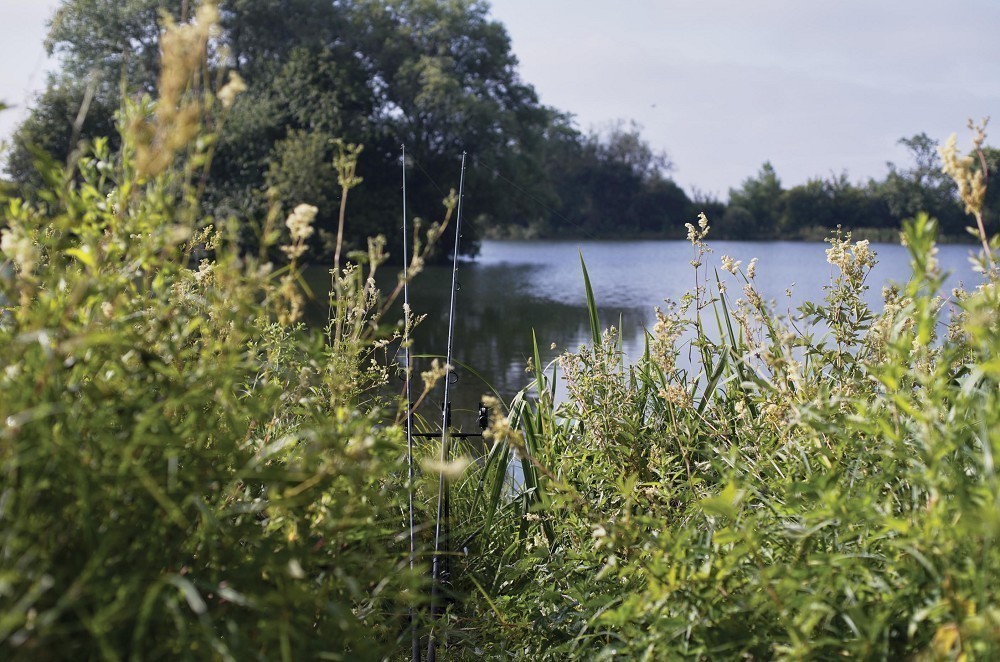 This proved to be a winner, and a few hours later I had another fish to photograph. This process became a regular occurrence, allowing me to ‘re-bait’ an area outside of throwing stick distance, and without the commotion of a Spomb. Once again, using a basic dinghy as an extension from the bank. 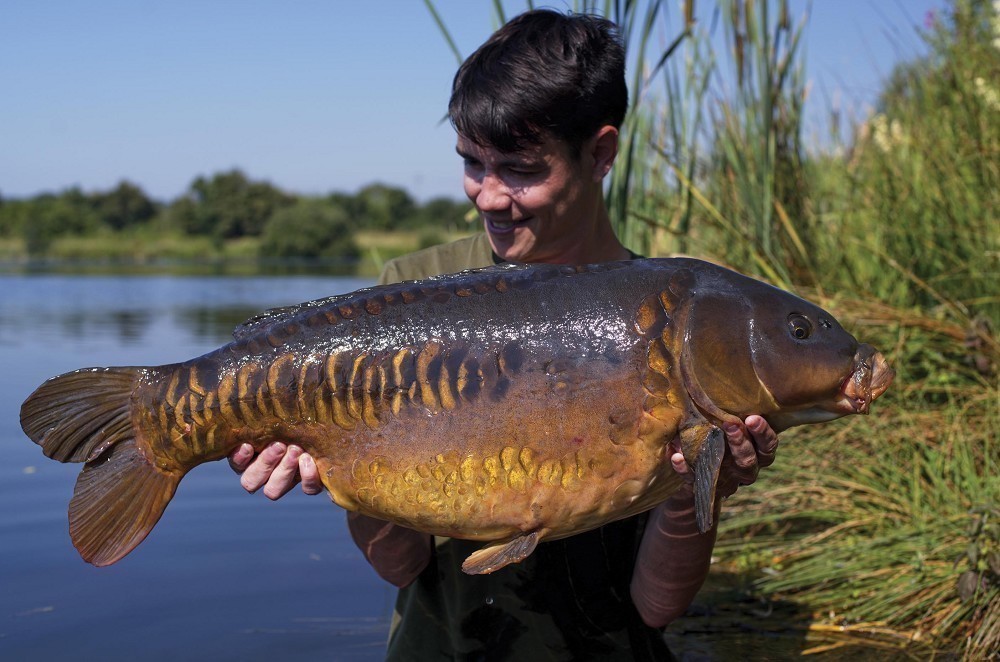 One last mirror - and what a mirror it was!

This process continued most overnighters that summer until the spot finally died off due to the number of captures. Thankfully one of those ‘bonus’ fish earned from stealthy re-baiting in the early hours was a mirror I knew once lived in the pit, but had not seen for the entirety of my time there and strongly doubted whether it was alive or not. As you can see, he was alive and well and most certainly was a highlight of my angling year.

1. Safety first - no fish is worth drowning for. No waders, always wear a life jacket, and consider how heavy or immobile you may become with wet clothes. I always made sure my boots were undone and loose just in case. Even better, get yourself some Crocs!

2. If you are on private venue that allows you, then leave your boat stashed under a hedge in the lake’s edge upside down so you don’t have to carry it everywhere in the car and inflate from scratch each time.

3. Never leave a dinghy deflated somewhere mice can get it. They will hunt out any trace of bait left within it, and you will quickly have a boat that looks like it’s been shot with a minigun.

4. Buy some Aqua Sure Repair. It takes a bit of attention to detail, but it really does work when you get slow punctures or even big holes. Find the punctures by wetting the dinghy and look for bubbles or listen for hissing. If you are really struggling then add some Fairly Liquid to the water.

5. If you are dropping rigs from a boat then shorter rods do help but are not essential. The paddle back to shore should be straight as possible, and you must watch the spool with great detail so that it doesn’t tighten and drag the rig.