To celebrate 200 issues, we're turning to the people who started, and this is Pete's first ever article

That’s Regan, not Reagan. When Lee Bowyer bared his vest after scoring, he showed the nation ‘PETE REAGAN IS A TOP BLOKE’. Why? ‘Cos Pete had asked him to, in thanks for his ‘putting Lee on ‘em’. That’s Pete in a nutshell. Top bloke, top angler. He works away at sea for 32 days at a time before returning home to get his ‘fix’. He fishes some special waters and gets some very special results. And still finds it ‘special’. He’s entertained (nearly) everyone he’s met and continues to do so. Plus he’s caught a couple of nice carp along the way. Frankly, we can’t give him a big enough ‘intro’… He’ll p**** himself!

The Pete Regan Tapes
Let’s get this straight, Pete tells us he ‘thinks too fast to be able to write’. We think he’s showing the early signs of Alzheimer’s, so we taped it while he was understandable. Trying to follow his ‘thread’ is like trying to follow a baby driving a Porsche. But not once did he lose our interest. He invented the first bait boat ya know…

When and how did you come up with the idea for the bait boat, Peter?
“John Dunn initially built the boat and he had a bean tin on the back with a pin going through it. That didn’t work because it was terrible to steer. He also put Plaster of Paris in the front of the boat and that either expanded or contracted and split the hull, so he chucked it into a shoebox and left it. I later asked if I could have it to see what I could do with it.
“The idea of the actual bait dropper part comes from a ship called the Suffolk Harvester which I sailed on. I knew I had to get the weight in the boat and I knew about the distribution of weight within the ship to keep it both upright and under the trims. I put the lot together and came up with the boat.”

How did you get on sourcing materials for the boat?
“Dunny had the engine, but because he had built the boat so badly a lot of his stuff had to be scrapped, so I went and bought a lot of it from a modelling shop. I went in and said, ‘Right, this is what I’m trying to do, can you help?’ A bloke across the road from me made model aeroplanes, so he had an input and my brother-in-law picked me up a remote controlled boat that was a reject for £4.00 so that was ideal and it was the right size as well! My next-door neighbour built the box to transport it and the remote control gear comes from Dunny as well.

“Dick Weale had a remote controlled boat before that; he had a normal remote controlled boat but he put hoppers on his, a bit like you get on a crane. He had half-ounce leads with a piece of nylon, sort of drilled in a hole on one side holding them inboard and then he put his rig in the hopper. When he got to the area he wanted to be, he closed his bail arm and that tripped it and it fell off the side. But the bloody boat used to go around in circles and pack up and all sorts!

“Dick was a character. He used to turn up at the lake and say, “What do you think to this rod blank?” I’d be like, “Yeah, it’s alright isn’t it.” You’d walk round and see him about an hour later and he would be fishing with it – he’d taped on some rings on with insulating tape! “Where should I put the next eye Pete?” he would say. He was like that, so you can imagine what this bait boat was like!” 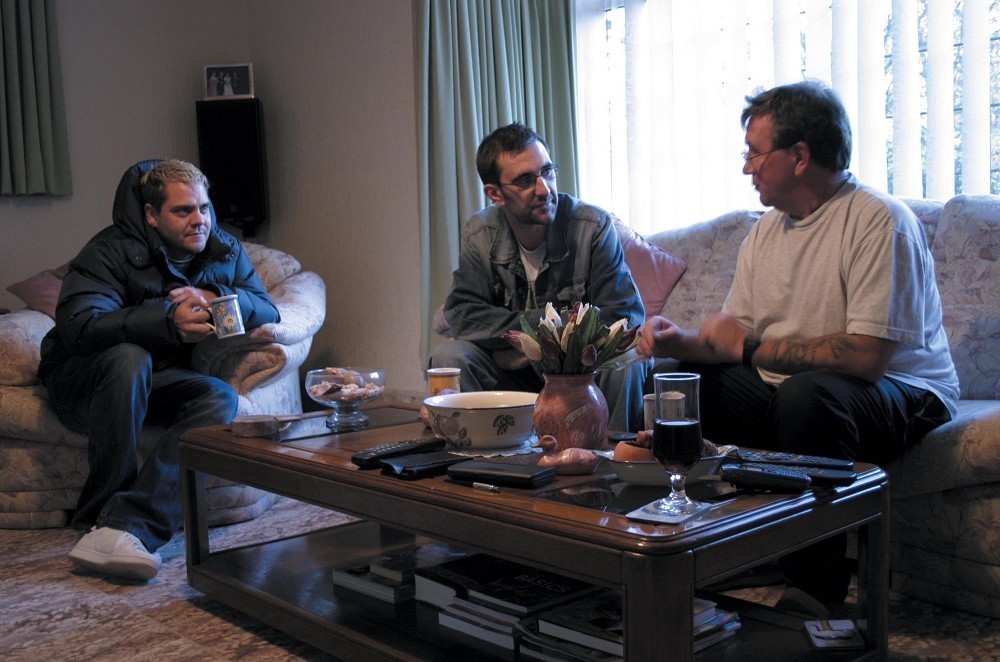 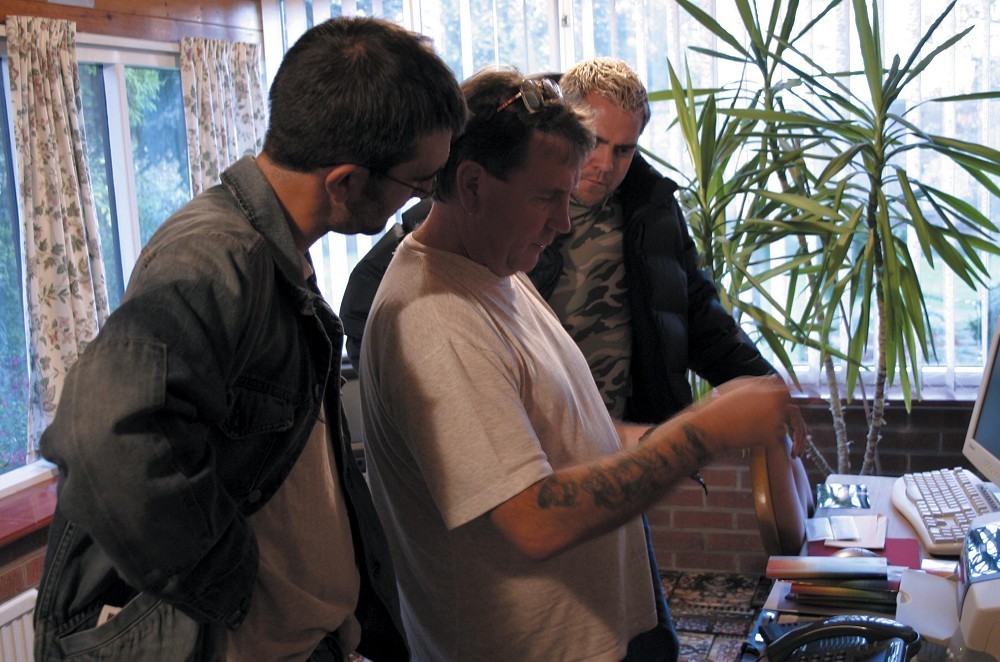 Where did you first test the boat?
“On a boating pond. I was so chuffed, I thought, ‘I’m gonna empty the lake! I took it over there to check it and the door opened perfectly. I played around with it for ages, and thought, ‘bloody hell, this is the one.’ I’m against them now actually; I’m against the way people use them really, you know. I don’t mind if people use them sensibly, and do what they’ve got to do, but I hate it when they ruin other people’s fishing.”

Can you remember the first time you tried it out? And what were the results like?
“I first tried it out over at Waveney Valley Lakes, but to be honest, I was successful on Waveney anyway. I wouldn’t like to think that my catches improved dramatically because I was the first one on there to put a bait out under a bush. My best spot on D Lake on the Waveney Valley complex was in Swim 14 about 30yds out. Because I had my own caravan I used to watch the fish a lot in the close season. I used to get a cup of tea and just sit there watching the lake and watch it naturally when no one was fishing it and no one had been fishing it for some time. I used to watch where the fish feed and they feed a lot.

“Also, when the lake froze, I watched where the last spot to freeze up was and there was always a hole left over that spot where I’m saying, so I don’t know if there was some sort of movement – a spring or something. I caught a lot of fish from the middle of the lake anyway.

“I can’t remember any sessions where I obviously hammered it. Was it an advantage? Yeah, of course it was. Did it catch me fish? Yeah, it must have done. Was I excited about it? Yeah, it was the b*llocks!” 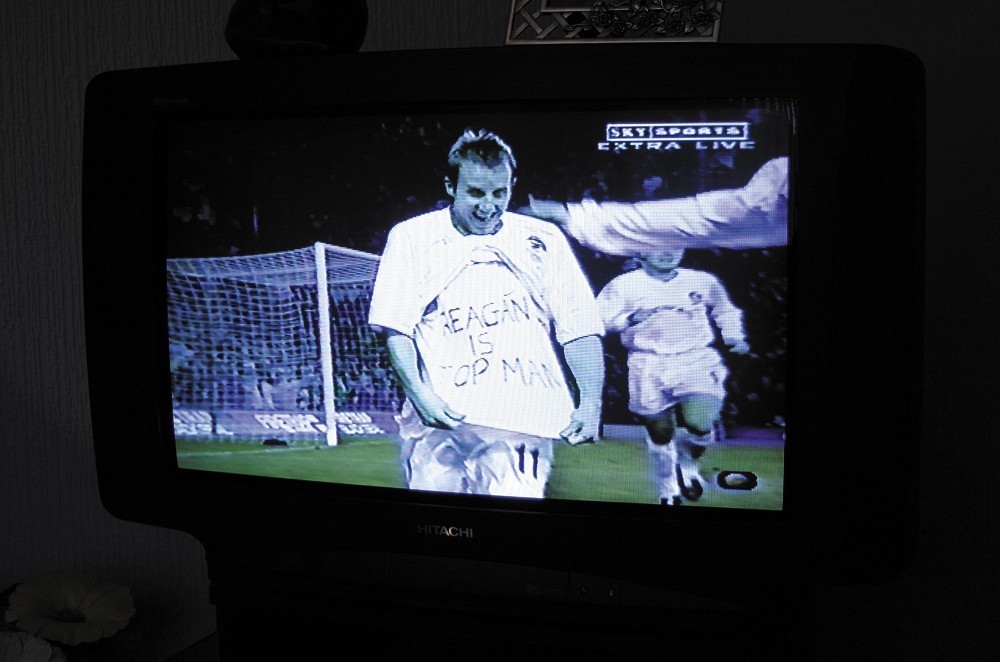 What was the response from anglers around you when you first turned up?
“It was good, and I would often take other angler’s baits out if they wanted me to. I wouldn’t be the only one to get a bait tight under the oak tree – I would help out other people. So yes, the response was good.

“The thing is, I was banned off Waveney Valley Lakes in 1980 for catching too many fish! Now, the boat only came out just before that, but what happened was, I found the first ever Hair rig, which was in 1979. Now, you look at this (Pete show’s us a rig): this is Lenny Middleton’s very successful rig. That’s his hooklength – how long would you say that is? That’s just under 3ft. But when I found this I was using my short rigs, and was successful with them. However, with my short rigs I wasn’t fishing them with a Hair. I fished the two alongside each other and to be honest, there wasn’t a lot of difference. However, when I started using the Hair on my short rigs I absolutely murdered the place. I was catching them for fun!”

“I can remember the day I got banned. I’d caught five carp, biggest one being 16lb. I got that fish in and I ran back to my caravan to get my camera. I came back out again and Norman came out of the shop and he said, “Has Martin explained the situation with the lakes, Peter? We think it’s time for you to move on and give the others a chance.”

“I said, “What do you mean, give them a chance? I let them know if the fish are feeding.” He said, “Yes, but you’re always sitting in the best swims.” So I said, “Move me around; sit me in the worst swim; put me in whatever swim you like, and see who’s caught in the morning.” He said, “Yes, you’re a very clever boy aren’t you Peter, but you’re going to have to keep off.”

“I used to be able to go back in the wintertime and I used to have to personally ask him: “Can I fish D Lake tomorrow?” and he would say, “Yes, there’s no one down.”
“The other thing is, I didn’t fish silly amounts. Out of every 100 days I fished Waveney Valley Lakes I only fished three nights. I didn’t fish nights due to going to sea, seeing my family and the caravan and that sort of thing, I couldn’t really be sat outside the whole time.

“That gave me an advantage of getting up at 4 or 5 o’clock in the morning and going across there. The sun was just coming up and everyone else was sound asleep because they’d been up until one in the morning talking about nothing. I used to creep down there, not making a sound. I would flick out my baits, nice fresh baits, and I could see where they were bubbling and where they going. I would sit there with a cup of tea and watch the sun come up with my buzzers switched off. That approach worked so well: I felt fresh each day and was incredibly stealthy.”