Is there really a need to sack a carp with today's camera equipment? Alex Kobler discusses...

With the advanced camera equipment and editing software we all now have access to, is there really a need to sack carp? Alexander Kobler discusses…

Sack that gives the tired angler some more sleep. The stinking sack with the pungent stench of death. The tied sack that awakes during dawn. The sack with a wild animal inside. And the catcher? He awakes a bit after sunrise and wants the sack contents to be photographed. To do so and to prevent fidgeting, the animal in the sack needs to be first fatigued. Ten minutes of thrashing around and countless gill plate movements in the air later, the photography session starts. The result: an overslept angler and a thrashing carp in front of a bush in the far too bright sunlight.

To pull a hook into a carp’s mouth, to play it and to then be worried about its well-being afterwards? Isn’t this schizophrenic and absolutely hypocritical? What is this for a non-sense? Sacking is no problem for the carp, is it? And the photographs are far better with a lovely morning sun than at night, right? Nothing happens to the carp in the sack? On the contrary, it can recover. So what is this for a negative introduction? It sounds like from an animal welfare group!

Controversial issue sacking. Opinions differ on this question like on only few other topics. While some anglers think that carp should not be treated like pets and be retained without too much thinking about it, others try to minimise stress levels, photograph at night or release them immediately after capture. But does sacking really mean stress for carp? Is it extra harm? Does it make a difference as to how long carp are retained? And how does a carp behave after sacking?

Exactly these questions were asked by Prof. Dr. Robert Arlinghaus and his colleagues in the course of scientific studies conducted in Germany as well as in Canada (for literature references see below). During the first experiment, the catch of 120 two-year-old carp (on average 27cm long) was simulated in the laboratory and thereafter carp were retained in small carp sacks for different time periods. Stress hormones such as cortisol and secondary stress indicators such as blood sugar values were measured with blood samples and compared between carp that were half-an-hour, three-, six- and nine-hours retained. The results were conclusive: with increasing retention time, the stress level was rising increasingly. The longer carp were in the sack, the more stress they experienced. The scientists also could measure that the lactate level in the blood was decreasing after three-hours sacking. This means that although stress was rising, the carp muscles recovered from the capture in the sack.

These results confirm real-life experiences. First, carp are not calm in a sack and have stress. Second, carp recover after one or two hours in the carp sack or retention sling, are fit again and much more difficult to photograph than directly after capture. Thus, long sacking means that a carp needs to be fatigued before the photo shoot, which means two times: playing and stress for the carp during one single day. Besides even higher energy consumption, the second time “playing” is really dangerous for the carp as it happens in a sack held over water or on an unhooking mat. Out of its safe element, the risk of injury is increased for the recovered and energetic carp. Fins can break when a carp hits a stone or root with its tail or when they are bent in the lifted sack and cannot move freely. So much for marked fins: pieces of the pectoral or caudal fin can break off and it may look like someone cut them with scissors. It would not surprise if the large majority of broken fins originates from keeping carp in sacks.

Gills are another fragile part. When the carp shakes his head hard on the unhooking mat, they can start bleeding. Something that is also not so uncommon. It is therefore beyond question that there is a higher risk of injury due to the sacking of carp.

The scientists also measured the tissue damage due to sacking. Almost not visible but clearly measurable. Some cell enzymes in the blood were rising with longer retention and reached after nine-hours of sacking two to three times higher values than before. So the skin is damaged in a carp sack.

In reality though, it is much worse as carp are manoeuvred from the landing net to the (maybe even dry) unhooking mat into the weighing sling and finally into the carp sack. It is without debate that such skin damage weakens the carp. The number of stations post-catch and the retention duration should thus be kept at a minimum. 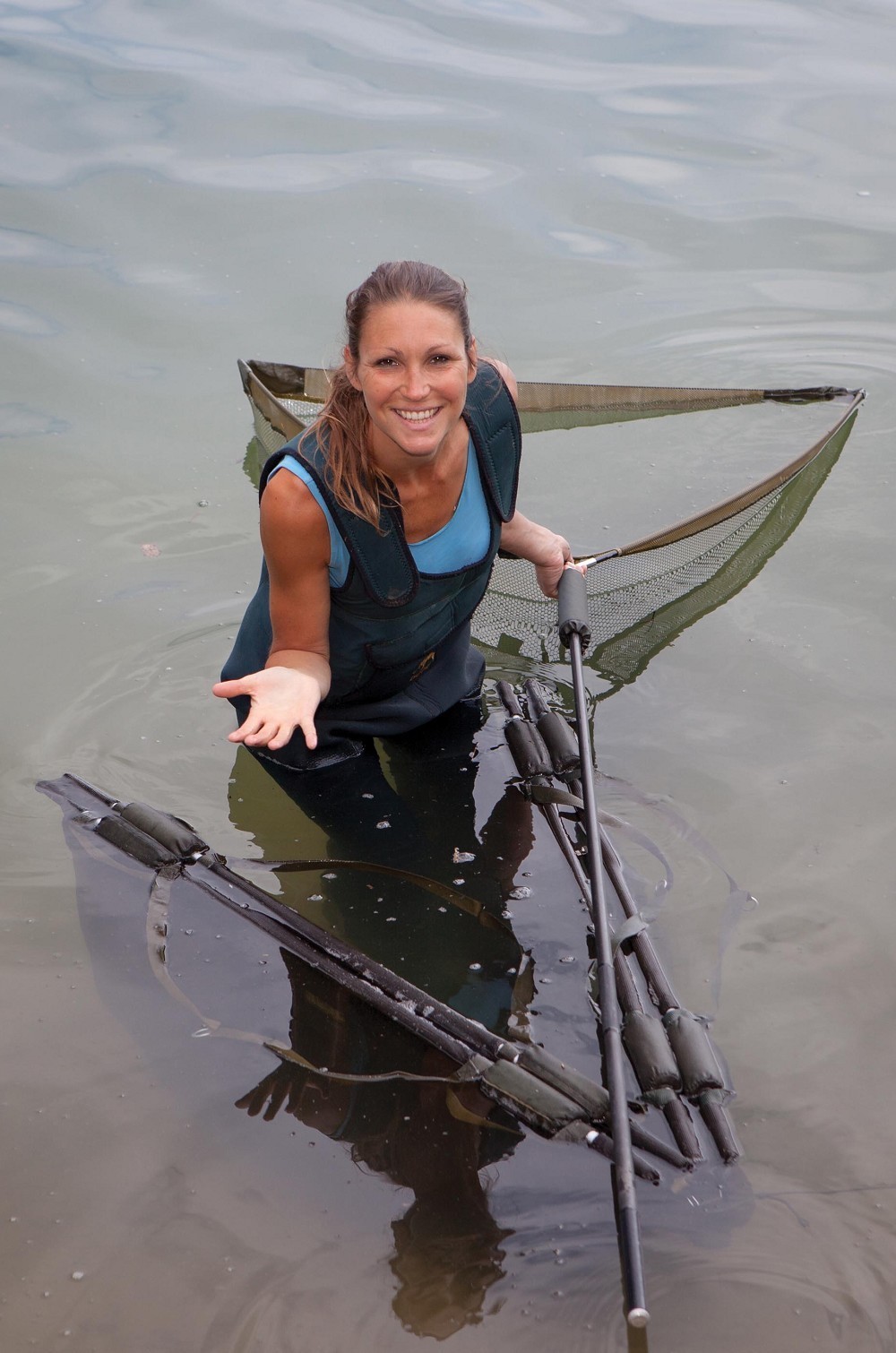 Three runs in half-an-hour: Trakker’s XL Retention Sling in use

What does this mean for a carp that has been caught and sacked for nine-hours in a lake of 3000-hectares? How long would it take until the carp finds his ‘school’ that may have left the feeding area a long time since and could now be several kilometres away? But exactly this school of carp could help him to regain normal behaviour, forage and restore energy deficiencies of the capture, retention and photography session.

Carp are robust fish that survive the retention in a carp sack and catch and release. Not in all cases. A carp is never completely safe in a carp sack. In warm and weedy water, for instance, oxygen levels can drop over night dramatically. This is because the solubility of oxygen decreases as water temperature increases and second because plants don’t produce but consume oxygen when there is no light. Additionally, the stressed carp needs more oxygen to recover from capture so it becomes possible that there is a lack of oxygen and the carp dies in the sack. Such sad stories happen, particularly during the spawning period, when females have eggs and even higher oxygen consumption or during summer when there is massive abundance of water plants.

It is of great importance to take the oxygen level into account when sacking a carp. Furthermore, the angler should consider where he sacks a fish. There is a big difference if a fish is sacked in shallow water between rocks or in deeper water above softer ground. And most important, the carp has to be gently handled after a long retention, just above water surface and with great caution about the fins before the sack is moved for photography. But is sacking really necessary?

There are indeed some rare cases when retention in a sack or retention sling is indeed necessary. In very cold night with temperatures clearly below 0°C, for instance, a photo session has to be either of very short duration or postponed to the following morning when temperatures are rising. Just imagine how it feels with wet hands at -10°C. It is not much different for the carp, whose entire body is exposed to these conditions.

Another circumstance that makes it difficult to photograph is strong rain. Sometimes it is inevitable to retain the carp until it lessens a bit – where it is legal! For a long time it is forbidden to sack a carp at Lac de Saint Cassien, for example. For a good reason: once out of the water the carp there are thrashing like maniacs and many accidents occurred. Carp sacks do also come loose sometimes and if not found again, a long and slow death awaits the fish in the sack. Such things happened at Cassien regularly. 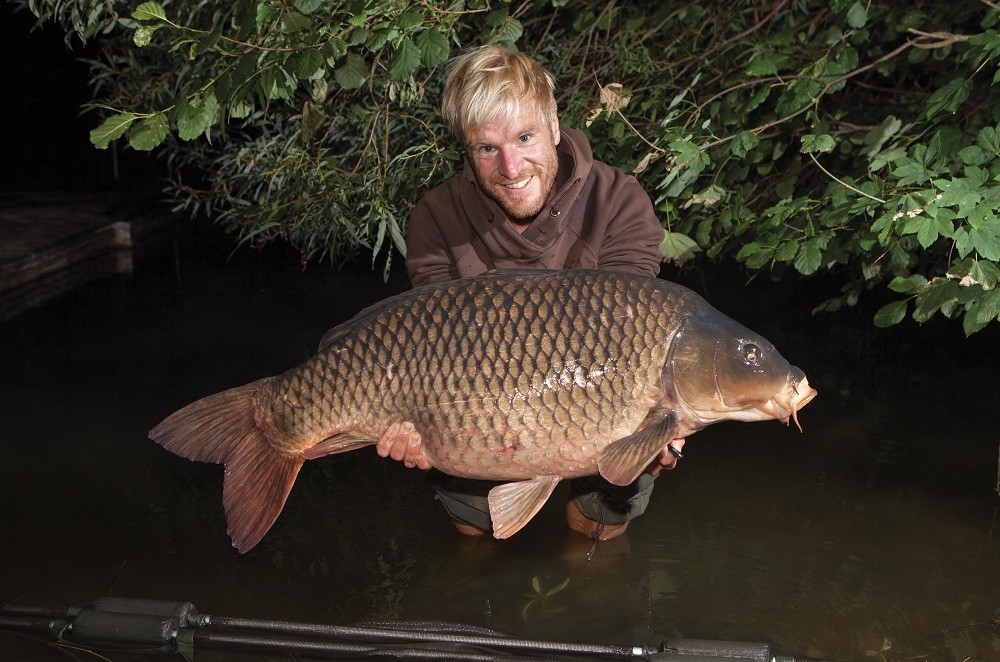 Photos right away – also at night

So in general, shouldn’t sacking be reduced to an absolute minimum? This question is really easily answered from an “outside” perspective: almost every non-angler thinks that it is okay to release a fish that is not designated for consumption. Retaining the fish overnight in a sack only because the angler wants daytime photos is much more difficult to understand. Two times stress within 24hrs, the risk of injury and a carp that is disorientated when releasing it – very difficult to explain to a non-angler or animal lover.

Eventually, everyone has to decide on his own. Personally, I haven’t used carp sacks for more than ten years now. With only very few exceptions, I retain carp no longer than an hour in a retention sling (Trakker XL Retention Sling), just long enough to prepare the equipment for the night photos. It just feels much better when you go back to bed and the wild, fully-scaled forty is back in freedom and not imprisoned in a sack and in risk of an injury. Photos right away after capture are nicer anyway: amazement, joy and the shining in the eyes instead of the stressed out look due to a fidgeting fish after long retention. Real instead of fake: the photo should actually capture the (magic) moment of the catch and not the following morning when the sun has wiped away everything that happened.

Some people say that one should rather stop fishing if he is too concerned about the wellbeing of carp. “We are anglers and hurt carp. We make cuts in their mouths and sometimes also break a fin. That’s how it is.” Bullsh*t! Some anglers are just concerned about kilos, “Likes” and fame rather than about being part of nature and keeping the harm as small as possible. Take responsibility! It’s about what you can avoid! You cannot catch a carp without a hook but you can photograph it without sacking. Let’s try to reduce the retention of carp to a minimum and start a long overdue evolution: photograph the fish also at night.

Photos at night are no impossibility – on the contrary. If you take some basic camera settings and the right use of a flash into account it is relatively easy. The conditions are always the same: it is dark. So if you, kind reader, are interested in how to photograph your catch at night, please check the next instalment of this series. It’s really not rocket science, I promise!

Sources:
Accompanying literature can be found and downloaded on www.besatz-fisch.de and www.ifishman.de:
Rapp et al. 2012, Fisheries Research 125-126: Physiological and behavioural consequences of capture and retention in carp sacks on common carp (Cyprinus carpio L.), with implications for catch-and-release recreational fishing.
Rapp et al. 2014, North American Journal of Fisheries Management 34: Consequences of air exposure on the physiology and behavior of caught-and-released common carp in the laboratory and under natural conditions. 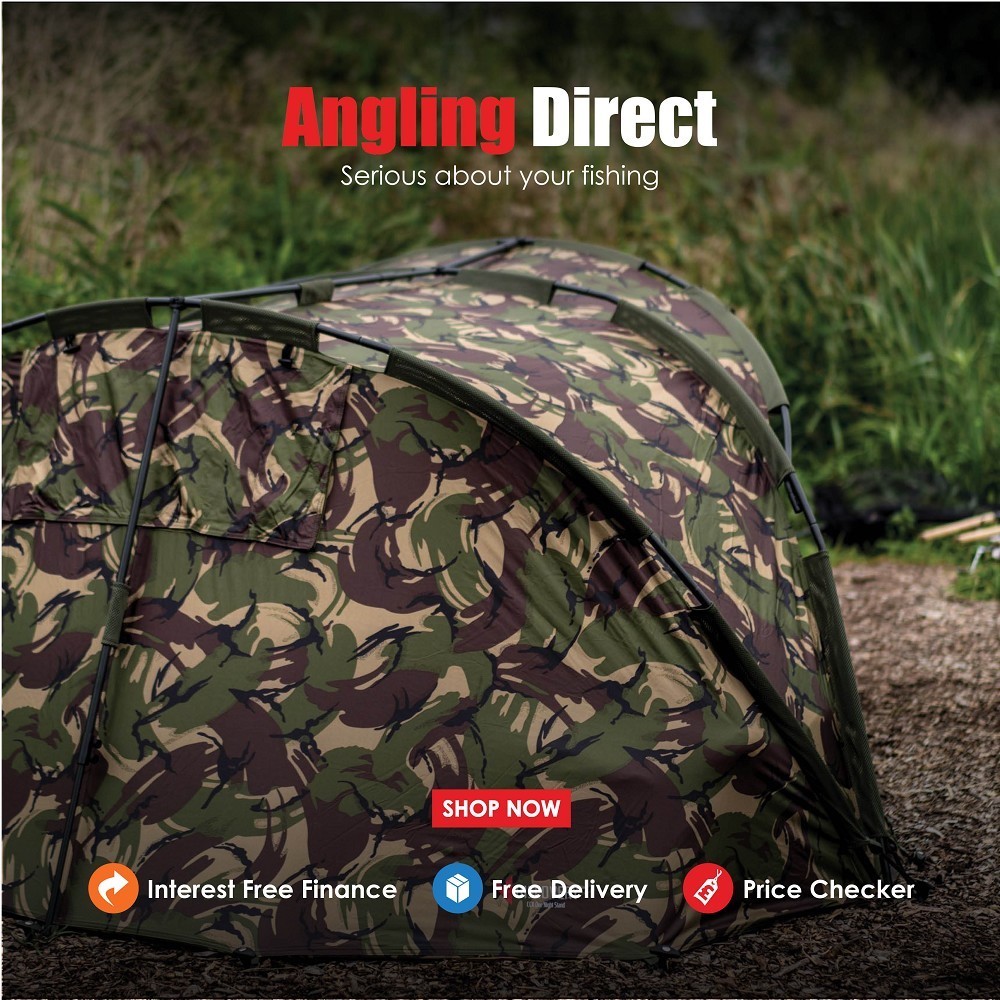