An older, wiser Shaun Harrison has a word with himself, but it’s not a one-way conversation…

I guess, without a shadow of doubt, the one thing I’d have loved to have known about as a young carp angler from more recent times, is the simple, basic Hair Rig. The water on which I served most of my apprenticeship was approximately 100yds wide, and carp would constantly show three-quarters of the way across. The issue we had was that the closer bank was so overgrown, you could only really swing your baits out from it, and we struggled with the soft fibreglass rods we all used. We were still awaiting for carbon rods to become readily available, and for our tiny Cardinal 55s and Mitchell 300s and 410s, the area was a bit too far to reach with any degree of accuracy. If we moved round, on the longer, 75yd cast, you rarely managed to strike your hook through the bait, if you were lucky enough to get a run - that was most frustrating! Why on earth, the obvious idea of leaving the hook point exposed out of the bait didn’t come to us back then I don’t know. We’d been brought up with little written material about carp and carp fishing available and were under the impression that they were all super clever; we daren’t show them the hook, or indeed offer them any resistance when they first picked up our baits. I wouldn’t have missed those years for anything, but when the Hair Rig was finally whispered about, my catches went silly as not too many had been fortunate enough to get the nod and the wink.

If I could go back and have a word with my younger self, I’d also suggest that I go and spend time on the hardest big-fish waters available, instead of filling my boots with as many fish as possible on those less so. From the early ’80s, I used to get in the old van for 350-mile round trips to various Essex waters. I had to fill the engine with oil before I left each time in order to make the journey, and it was always a worry as to whether I’d actually get to the lake or not, and I certainly had my money’s worth from the RAC!

For a few short years, those who had a level of experience with catching carp had a massive advantage over those new to the sport. They seemed to suddenly appear on the scene in numbers after the Hair Rig and as specialised tackle and bait became more easily available. Had I started to target just larger fish, I wonder what pictures would be sitting in my early photo albums now. I imagine though, in the arrogance of youth, I took great delight in catching merely decent-sized fish in front of others. Back then, I’d not grown to dislike crowds, or had come to realise that the big fish in large, understocked venues were often easier to catch than the mediocre ones in more densely populated waters; it was just a case of spending more time tracking them down. Harder waters are fished less and the carp in them often haven’t wised up perhaps, as some we hold in slightly lower esteem because they live in prolific venues.

I’d like to go back and pat my younger self on the back though, for keeping my nose clean over the years, and for conducting myself in an acceptable manner on the bank. Even those venues where motors would get damaged as efforts were made to put their owners off fishing there, mine was always left alone. There were three waters I fished which were awful for this, but somehow or other, I always evaded this mindless vandalism. Yes, I pulled a few strokes along the way - mostly by using more rods than I should’ve done (Severn Trent Water permitted just two) - but I never really did anything that would impact on other anglers. I’ve always maintained high morals and often say that the worst thing I was born with was a conscience, as it’s prevented me from moving forward faster in life than I perhaps could’ve done. The upshot though, is that I’ve never struggled to get onto waiting lists and have always been able to give an open reference from everywhere I’ve fished, and I’m proud of that.

I’m in my mid-fifties now, and every penny I’ve ever earned has been through angling. I’ve not drawn a single penny in benefits from anywhere and I’ve never been out of work. Yes, it’s been a struggle at times and there have been occasions when I’ve thought that I’d have liked to have kicked young Shaun up the backside, given that I should’ve stayed on at school perhaps, and possibly taken a different route work-wise. Now though, I look back and there isn’t much of my life that I’d alter. 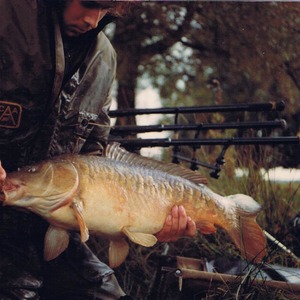 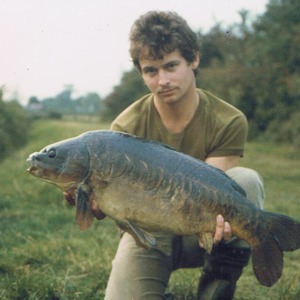 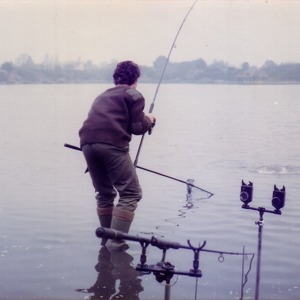 I wish at times, that I hadn’t been so obsessed with getting out on the bank for my carp-fishing fix. This cost me dearly in respect of relationships, and also with the house I thought I’d live in forever. It wasn’t meant to be obviously, and I guess at the end of the day, despite spending as much time in my adult life single as I have with long-term partners, it’s allowed me to do, and experience much more than most - I must be an oddball, as most of my happiest times have been when I’ve been single! That’s not a dig at the exes; I wouldn’t change anything in that respect either. It is nice though, not having to squirm and wangle things because I need to be away for three days as the moon is bang on, and then have to live with the consequent awkwardness I never lose (that old conscience again!).

As a final twist regarding having a word or two with my younger self, that young Shaun often gives advice to this ageing one! I often forget things, including the lessons that were drilled into me many years back. I’ll give just one example as I need to save things for my book (and I’m close to my word count!), and this could be relevant for a lot of anglers nowadays…

Rig-wise, I’ve always tried to keep things out of sight and have no unnecessary clutter. I always try and avoid having alien matter around my set-ups, because I learned a good while ago, just how good a carp’s eyesight is. Whilst working in the tackle trade and long before most knew of their existence, I got hold of some of the ultra-fine diameter Dyneema-type braids that we all now take for granted. What a massive edge these will be! I thought to myself. I was convinced that it was the suppleness of the hooklink which was the most important factor in making a hookbait behave naturally and seemingly untethered. The first time I used what was then, the new braided material, off down to my local pool I went, and I had a right hit of fish on an overnight session between workdays… I couldn’t wait for my day off!

My day off duly came and whilst I had fish in the night, I had nothing all day, whilst others around me caught and when I also had them showing in front of me. On the second night I also caught, and the pattern was repeated a few times before I tied up one of my original nylon hooklinks (working in a tackle shop, I’d tested loads of different makes and had discarded several in favour of the ones I got the most action with - some were definitely better than others!). I started to get a few daytime fish on the nylon and that was a massive lesson for me. I had something no one else had, but it was only ultra-effective under the cover of darkness. In daylight, the carp could see it and avoided it, but the plain old nylon was still good for a bite.

A couple of years back, I recalled these experiences following umpteen blanks on an incredibly clear water where I had the fish feeding, but couldn’t catch. I stripped everything back and tied a fixed paternoster (with the bomb able to slide off if need be). I used no tubing, leadcore, swivels or bomb clips, just my hook and a bomb. Because I was presenting over weed (like my old local water), I’d tied up a long bomb- and hooklink. Twenty minutes after the first recast, the largest fish in the lake slipped up! After that, I landed a fair few from a water I’d been on for a long while trying to suss things out, yet all I’d done was revert back to a plain old nylon hooklink, just as I’d done back in the early ’80s!
SHAUN HARRISON