What type and size of lead do you use and why?

We ask the biggest names in the game about what they think about lead size and type...

“One lead to use in all situations would be a 3.5oz Tournament lead. I can use it for Chod Rigs, Hinged Stiff Links and bottom bait set-ups. I can fish these from under the rod tips out to 120yds. It casts well and plugs into silt very nicely! I find probably 80% of my fishing is done with this lead.

“Pretty much all my fishing is done with helicopter set-ups which suits the shape of the lead. However, for the remaining percentage I like to use a selection of smaller tournament leads 2-3oz, some large in-lines 5oz (for the margins) and some large 4oz pear leads for bottom baits.”

“If I had to choose one it would be the 2.5oz Gardner Bolt Bomb in Chod finish. I chose this shape because it has a flatted bottom that seems to make feeling the lead down more positive (maybe because it slows its fall through the water and makes it easier to maintain the perfect tension as the lead descends through the water column) and its relative short, squat shape and heavy shoulders maximises resistance to a carp that has just tightened the hooklink and pricked itself.

“The Chod finish might look a bit, ‘errrrr, ginger’ before it has been used, but as soon as it gets wet it darkens up nicely and never reverts to its original colour again, staying a lovely natural organic lake bed colour.” 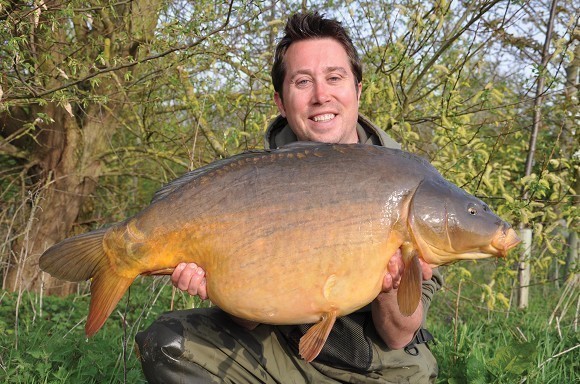 “My favourite lead for most fishing situations is a 2.5oz flat swivel pear-shaped one. They’re not by anyway perfect for some jobs, like distance casting, Chod Rigs and if I’m honest they’re not great for leading around with as you get a much better drop and sensation through the rod blank with a dumpy pear-shape lead. But I personally believe they offer superb presentation when fished alongside a simple lead clip set-up. When I was photographing and filming rigs underwater, the flat pear just always seemed to sit nicely on the bottom as if it had been placed. Some other leads would often sit upwards and look a bit more unnatural.

"I love the way they lay flat on the bottom and because they have a large surface area I believe they really help pull the hook home when the fish realises it’s in trouble and moves off. The large surface area, if you use a textured coating lead like the ones from Nash, is also ideal for smearing clay, silt or even silkweed onto. This is something I do a lot, especially in clear water venues and when I’m stalking.”

“Although most lead styles have a time and place where they are better suited, the shape I tend to use the most is a dumpy pear style swivel lead because they fly well for their weight and give good feedback through the rod when the lead hits the deck. I prefer light leads between 1 and 2oz where and when I can get away with it, mainly for the disturbance factor but also because most anglers use between 2.5 and 3.5oz.

“I fish short sessions mainly so am usually finding fish and setting up on them and the light ‘plop’ from a small lead has a very different effect on a group of carp as opposed a 4oz crashing in. I fish helicopter/Chod style lead arrangements a lot and this lead system suits light leads very well as they don’t rely on the weight of the lead to set the hook and they cast very well with the lead being on the end of the line.

“It’s actually quite surprising how far a light lead can be cast on a Chod set-up in particular with there being no PVA used, the aerodynamics are much better. If the fish are just out of range I have to increase the lead size, but I’m reluctant to do this on Chod Rigs as this can result in hook-pulls due to the shortness of the hooklink being used. I then either mould some paste around the small bomb or PVA some gravel or bait around it, this gives you the extra weight you need to reach them but a light lead for hook-hold security, but unfortunately a louder crash on impact!” 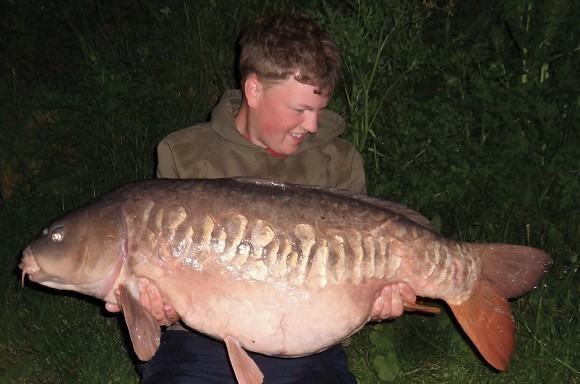 5. Calum Kletta: 'It's great in a crosswind'

“My favourite lead would be a 4oz Torpedo Distance Lead. This would be because I do a lot of fishing at long-range on big gravel pits and I find that this lead flies very well, even in a crosswind. Also, due to the shape, it makes little disturbance on entry, which is important for wary fish or casting to showing fish. I find that a heavier lead such as this also leads to better hook holds, meaning more fish on the bank!

“The drawback with this lead would be that it would be unsuitable for use in a solid bag, which I use a lot, as an in-line lead creates a much more aerodynamic bag. It would also be better to use a smaller lead when fishing at close-range to minimise the disturbance even further.” 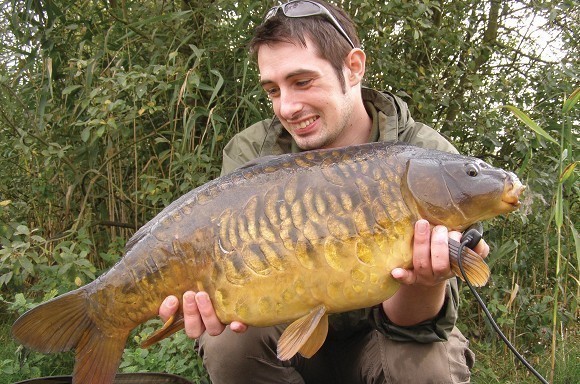 “Every angler is different and we all have our favourite leads but for the last few years I have been using a dumpy square pear-shaped lead. I find this lead offers me lots of advantages and uses, the first being its condensed shape which I believe not only helps me to prick fish faster but also helps when feeling the lead down due to its shape.

“On gravel I cut the swivel off so the weight is brought into play straight away. Try it yourself by attaching it to a lead clip and see how much extra movement there is with a swivel on. When fishing in silt I leave the swivel on to help make sure that my rig isn’t sitting up at a funny angle as the lead plunges into the lakebed. The Nash leads I use have a great coating, making them blend into the lakebed perfectly and as well as taking on the smell of silt you can even stick clay and silkweed to them!” 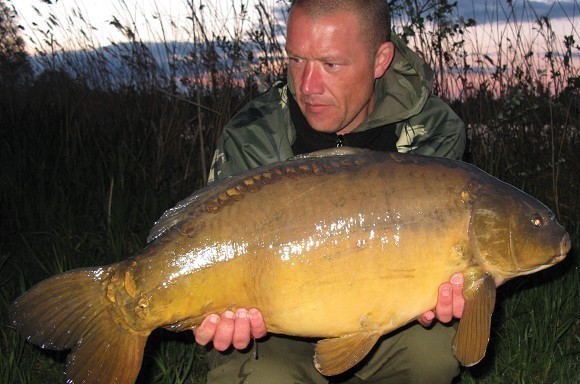 7. Iain MacMillan: 'I have two styles'

“I actually have two (which isn’t what the question asked, I know). First is a small pear lead of around 1 to 1.5oz and these are for my Chod Rigs up to ranges of about 50yds and as long as I feel some sort of drop then I’m happy I’m fishing effectively. They also seem to pull through any weed easily enough which massively cuts down on the fish you’re likely to lose.

“The second lead shape is the distance casting lead, it’s weighted towards the nose which means once it’s found its target, it absolutely flies as straight as an arrow. Now, due to the nose being weighted it also allows you to feel for a good drop on landing, again a must that all successful anglers adopt. They can be used for Chod Rigs too, and at whatever range, because a bit like the pears, they do pull through the weed quite easily.

“The pears I use for my close in Chod’s are always available in an in-line style which are lovely for my solid bag fishing. However, don’t forget that once your solid bag is finished it will weigh considerably more than just the lead so be sure to choose an appropriate rod to sling it the required distance.”

8. Keith Williams: 'It's brilliant for the shocker...'

“My favourite lead would have to be a Nash Square Inline Lead which if the conditions are right, I use Shocker Rig style with the lead insert taken out for fish safety. I slide the lead down a Limpet Leader so the lead moves freely and then place a small piece of Nash Cling-On Putty on the leader so the lead hits the putty and creates a bolt rig. The most important part is that the lead will freely go over the leader for safety reasons and on takes, the rig putty comes off. The lead has a superb coating that looks natural on the lakebed.

“I would only use this when I am confident that there are no weedbeds, as the lead would get tangled in the weed. I always make sure I use a system that the lead drops off in weedy waters.”

“My most frequently used lead is a 1oz inline flat pear. I use this for almost all my fishing for several reasons. As I use a fully running set-up, the lead is not used to hook the fish, it is purely used for casting.

“Of most importance to me is the size of the weight, this in theory reduces the noise of the lead hitting the water and the lakebed and hopefully doesn’t scare the fish as much as a normal sized lead. With using a flat pear and no lead-clip the whole rig lies flat on the bottom and therefore reduces the number of fish spooking off the rig. And finally, when fishing weedy areas, using a 1oz lead means when I hook a fish they come straight to the surface resulting in fewer weeded fish.”

“I don’t specifically have a favourite lead type as I tend to use different ones for different situations and whatever rig I’m using at the time I shall choose a corresponding lead size and shape to suit. For example, I’ll use a Horizon Distance Lead for distance, a Cling-On In-line Lead for in the margins and an In-Line Paste Bomb for if I want to add attraction into the swim by moulding groundbait or paste around it. It really does depend on the fishing situation I find myself in.” 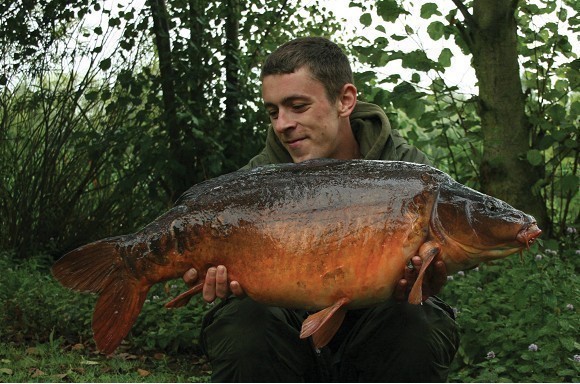 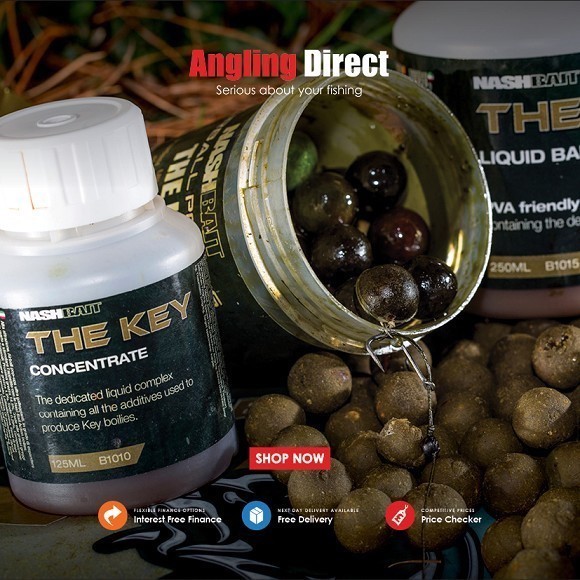 “The lead shape I use for the majority of my fishing would have to be a flat pear and these would vary between 1.5 to 3.5oz depending on the lakebed I’m fishing over or the distance I need to cast. I like a flat pear lead due to its low profile so even on the firmest of spots I can be certain the lead set-up and the lead itself are as flush to bottom as they can be.

“I fish these in conjunction with a lead clip system, more often than not with a Weed Safety Bolt Bead as I want to drop the lead on weedy waters.

“A top tip from me is the Nash leads come with a ‘non-shine’ textured coating which not only helps camouflage them on the bottom but also allows the user to coat their lead in silkweed, clay or silt from the lakebed to camouflage the lead even further.” 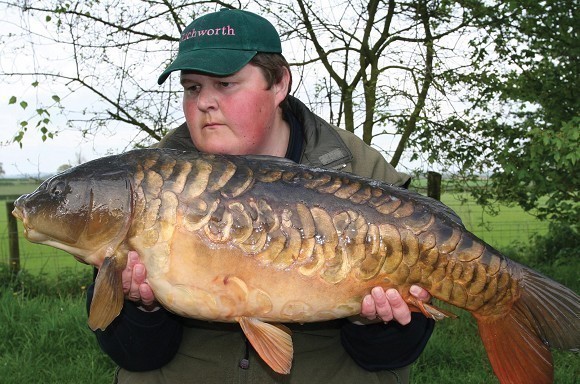 “My favourite lead is definitely the Korda Inline Flat Pear. It’s the lead I favour when using a solid PVA bag presentation as its compact ‘weight-forward’ shape offering excellent hooking potential and giving a rig aware carp very little room for manoeuvre. There’s no chance at all of a lightly-hooked carp rolling the lead around the bottom whilst spinning the rig up in an attempt to get off as its flat profile hugs the bottom and just doesn’t allow this to happen.

“In regards to size, I do use a couple of the sizes far more than other but I don’t have a favourite. Depending on the situation I’m in and what I see everyone else using, I’ll try anything from 1.5oz to 5oz. On waters that see lots of anglers fishing the standard sizes such as 2 or 3oz, using the fives can give you a very good advantage.”

MAN WITH A PLAN

Decluttering: Back To Basics with Alfie Russell

'Don't Get That Rod Back Out!' Even If The Swims's Rocking...

Three on a spot