We’re rewinding the clock, to freeze it at those moments that made the pursuit that we all love exactly what it is today 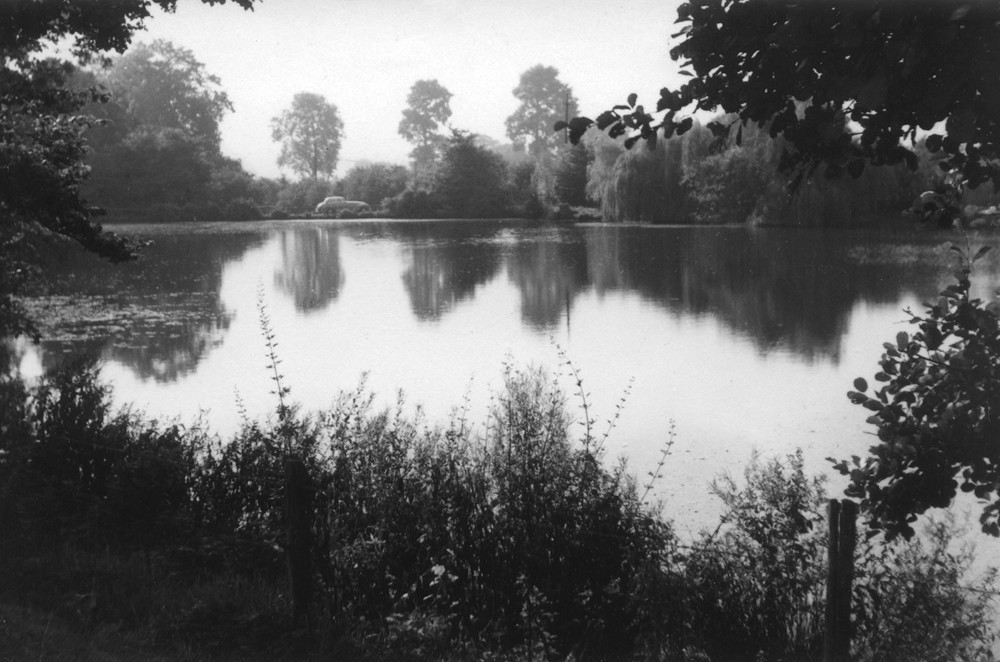 Redmire is rightly acknowledged as the birthplace of modern carp fishing, and the man who put it on the map was the Hitchin-based legend, Richard Walker. Although he didn’t actually discover Redmire, his great friend Bob Richards has that accolade, he certainly changed the course of carp fishing history when he first rolled down the gentle Herefordshire hill towards the small pool. Walker’s capture of Clarissa at an unimaginably huge weight was to ignite the collective imagination and begin to transform carp fishing from a minority pursuit, into something that all could aspire to do. 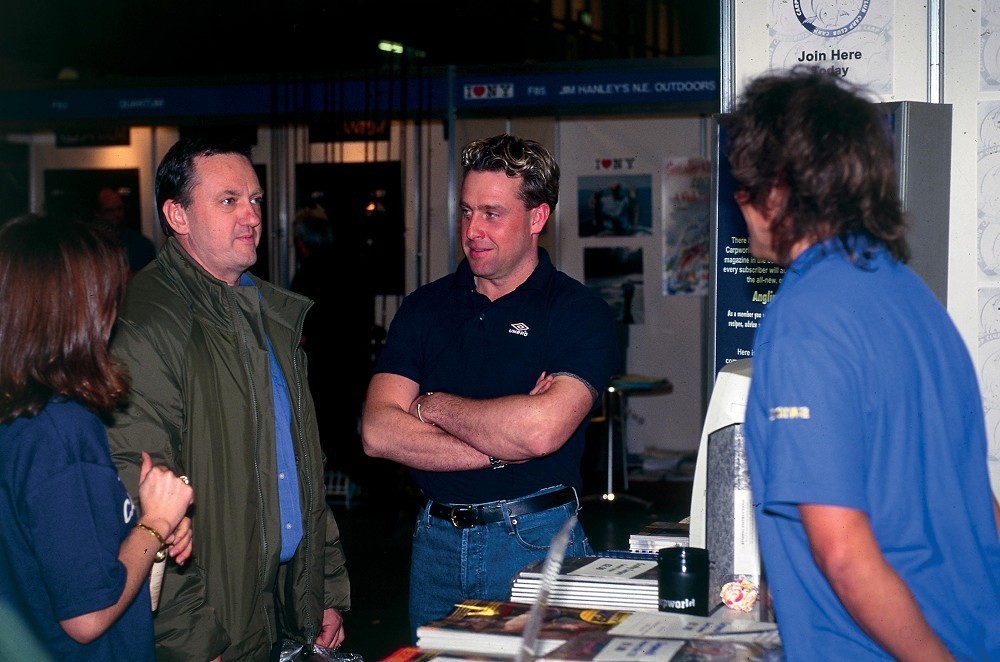 Okay, so we already had the elite BCSG and its little brother, the CAA, but in terms of groups that united all carp anglers, the biggie was The Carp Society. Founded by Tim Paisley and Greg Fletcher in Sheffield in May 1981, following encouragement from the great Rod Hutchinson, The Carp Society promised to be an open and welcoming organisation and quickly gained a thriving membership that topped 6,000 at its peak. It bought Horseshoe Lake, published Carp Fisher magazine (the success of which convinced Tim that the scene would adopt a newsstand publication, Carpworld) ran a successful conference and junior camps, among so much more. The Society brought people together; friendships were forged, plans hatched and our modern ‘scene’ emerged from a fertile period of growth. 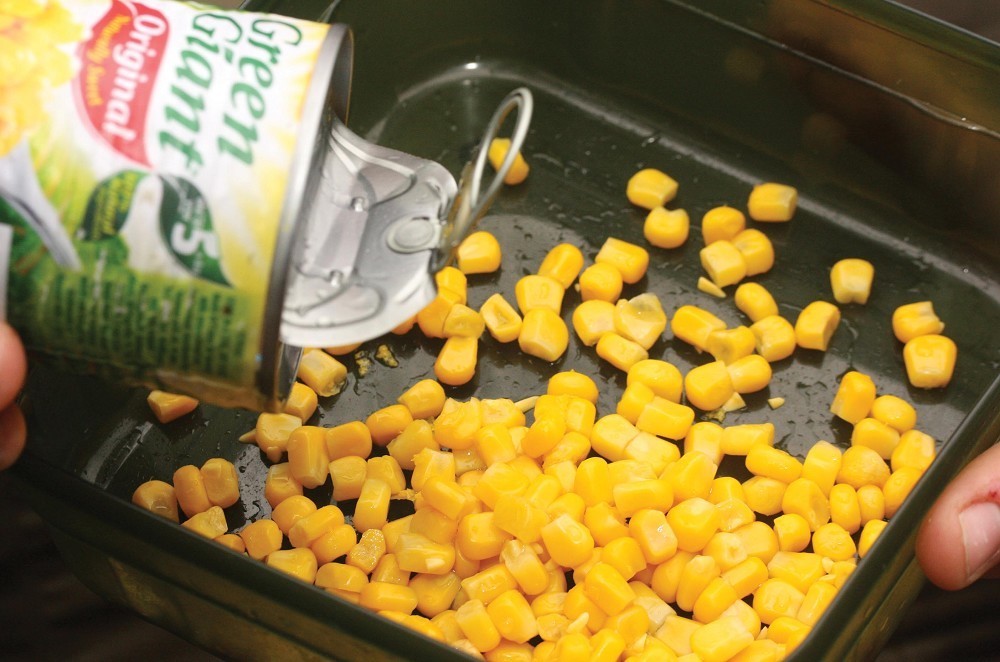 On the hallowed banks of Redmire, the most talented angling writer of his generation, set about cooking up an omelette for his breakfast. Tasty and economical, perhaps it was the perfect big carp breakfast for the obsessive angler? Chris planned to add a few grains of sweetcorn, but paused, wondering for a fateful moment whether this stuff would be any good as a bait. History records just how successful a bait it would be, but perhaps its wider significance lay in the fact that it would, in 1981, trip up the new record carp for Chris, the Bishop at 51lb 8oz, possibly the most iconic carp image of all time… 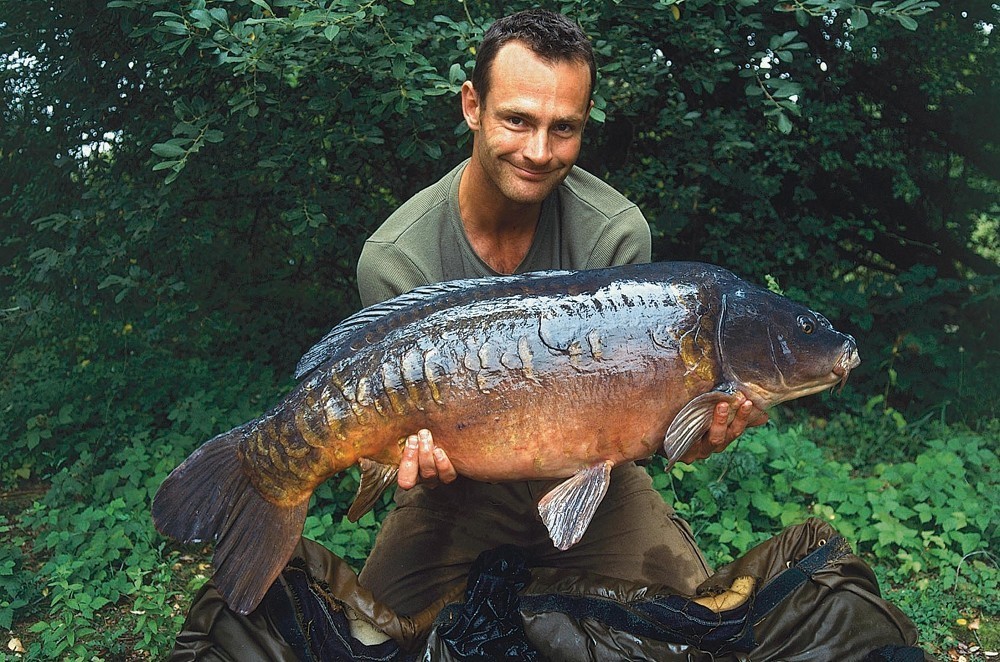 4. A certain aquaculturist stocks carp into the UK

When Donald Leney decided to broaden the range of fish he stocked on the Surrey Trout Farm in the 1930s, he could scarcely have believed the impact that the Galician carp that he chose would have on the carp scene in the 80 years that followed. He sourced carp from a fish farm in Holland, and there were plenty of takers, including the estate within whose bounds Redmire lies, and we all know what happened at that remarkable crucible of carp fishing. Those fish, and the ones introduced as part of the hundreds of other stockings carried out by Leney, came to shape the epitome of UK carp, and for many, their prestige will never be matched.

5. A rather significant tank test

Had you told him right then, the late Lenny Middleton perhaps wouldn’t have believed the impact that his Hair rig would have on angling as a whole, when he first attached a bait to the bend of a hook with a fine ‘Hair’. Carp suddenly became easier to catch, allowing a whole industry to grow around the pursuit of these most fascinating of fish. Yes, perhaps someone else would have eventually made that fateful leap, but it’s Lenny that we have to thank for a flash of genius that suddenly made carp a viable target for the masses. 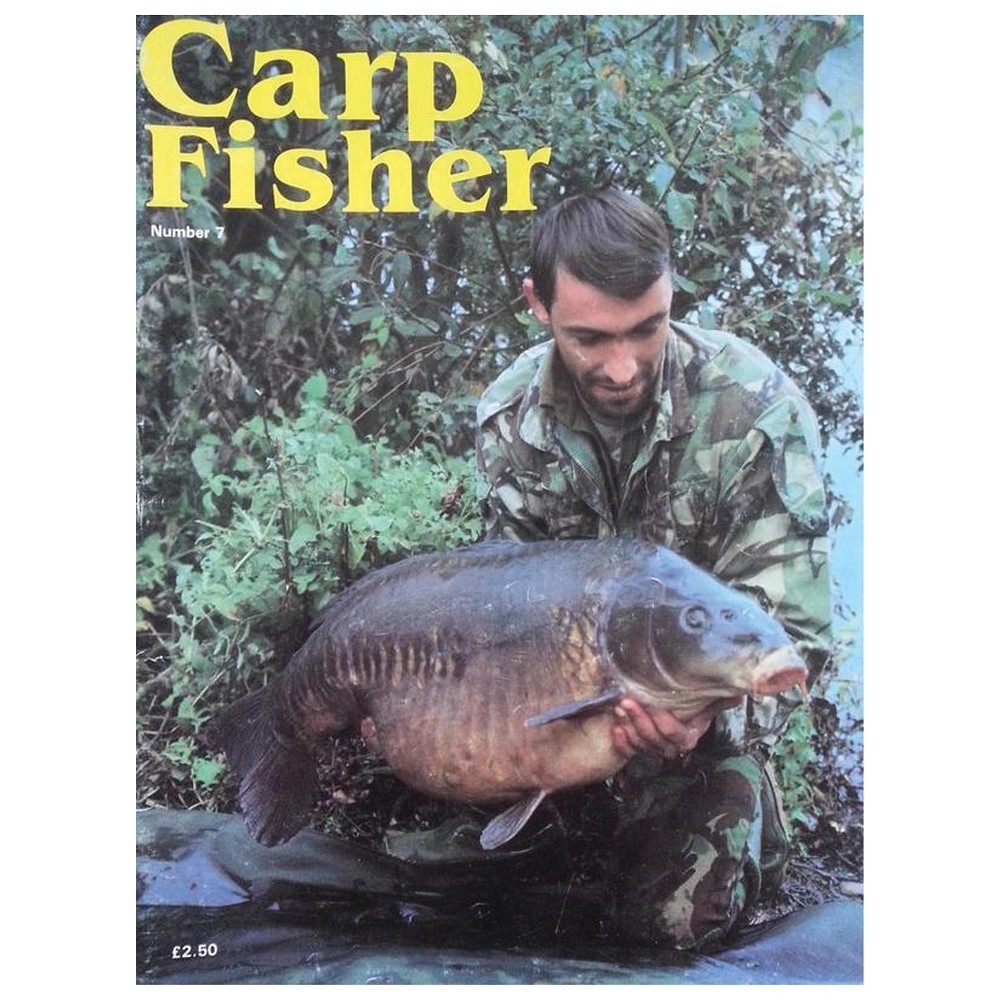 Perhaps the most famous of all Angling Times headlines related to a moment that’s become more than just a capture. As well as famously overshadowing the Harrow biggie on the cover (hence the headline), Ritchie McDonald and his quarry, Bazil from Yateley North Lake, inspired a generation of would-be big carp hunters by showing them what was possible with a bit of dedication. Certainly a capture, and a picture, that inspired those who would go on to become the most revered big fish men of the next generation. 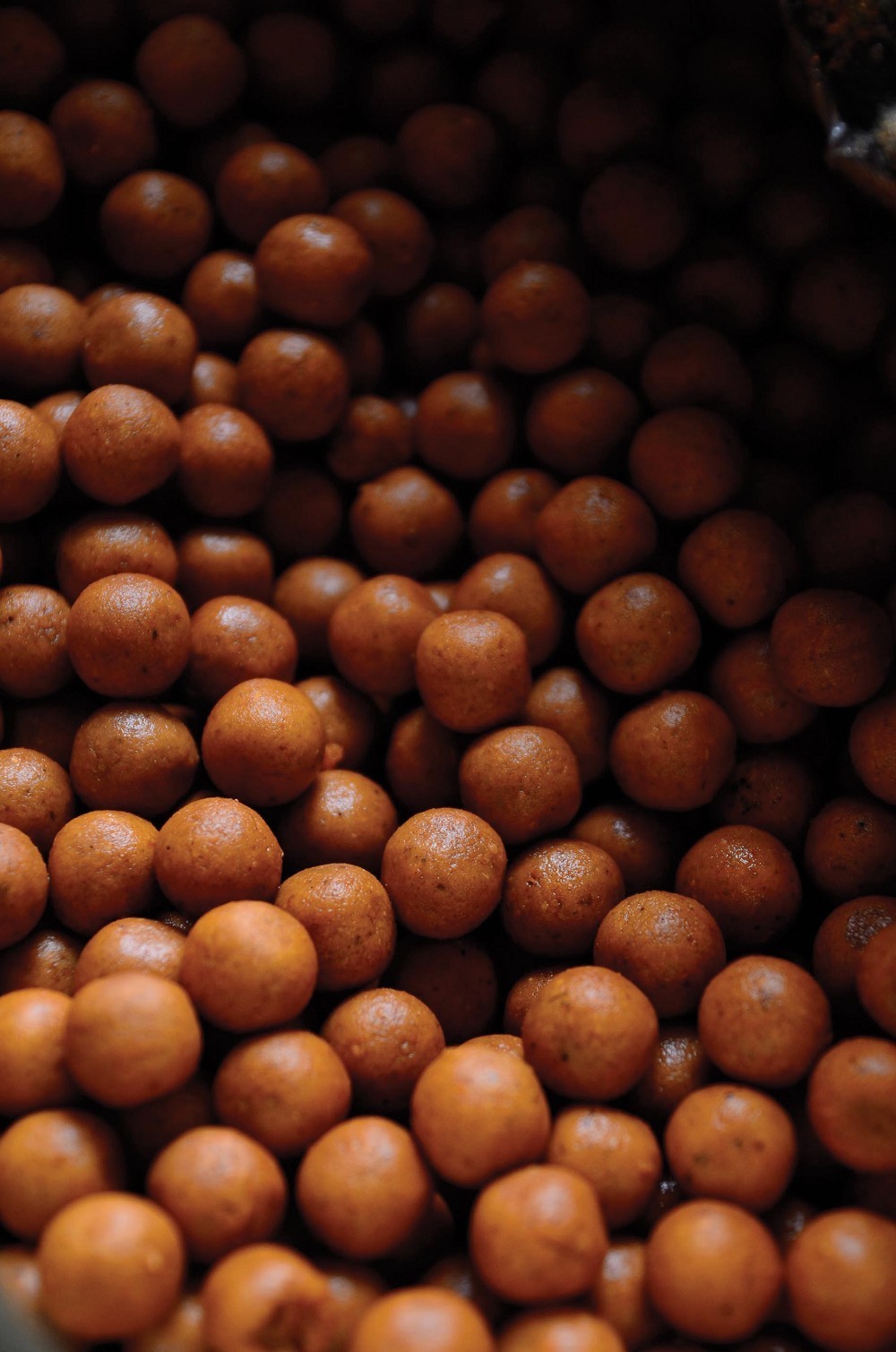 Perhaps you’ve never heard of Fred Wilton? He and his group of loyal followers were a force to be reckoned with in Kent in the 1970s and 1980s, and their success was partly based around bait. Fred had a theory you see, a very convincing one at that, and one that still influences the great and good of the bait world today. Fred was convinced that carp could recognise a food source that fulfilled their nutritional requirements and built his milk-protein, HNV baits around that maxim. His pioneering work is the reason that we all largely use baits that are nutritionally beneficial to the carp, which is a good thing, right?

Back in the mists of time, a talented carp angler by the name of Len Gurd took over the running of a small, overgrown pond, right next to a railway line, in Bedfordshire. He patiently manicured the pool, making it a viable fishery once more. As far as we know, the pool still has carp in to this day, although Len went on to lose the lease. What he did next would shape a huge part of the modern scene though. He founded Linear Fisheries on the site that is now Great Linford Lakes, eventually moving the business to rural Oxfordshire, where it would become the most famous day ticket complex in the world. Why Linear Fisheries? Well, it was named after that first pool, the one next to the train line. Line, Linear… get it?

Back in the early 2000s, if you wanted to buy carp, your options were a little limited. However, a Hampshire fish farmer, called Mark Simmonds, could help you out. He had lots of carp for sale, and what’s more, they grew like stink! Big fisheries organisations like RMC Angling (previously Leisure Sport and subsequently CEMEX) bought lots and lots, and lots of these ‘Simmo’ carp and stocked them into some of the most famous waters of the day, including Horton Church Lake. Of course, RMC weren’t the only outfit to stock these fish, and they quickly became the most widely stocked carp ever! Yes, these plain, thickset fish had their detractors (indeed Mark now breeds scaly carp of all types), but these fish would define an era, and go on to become a generation of giants. 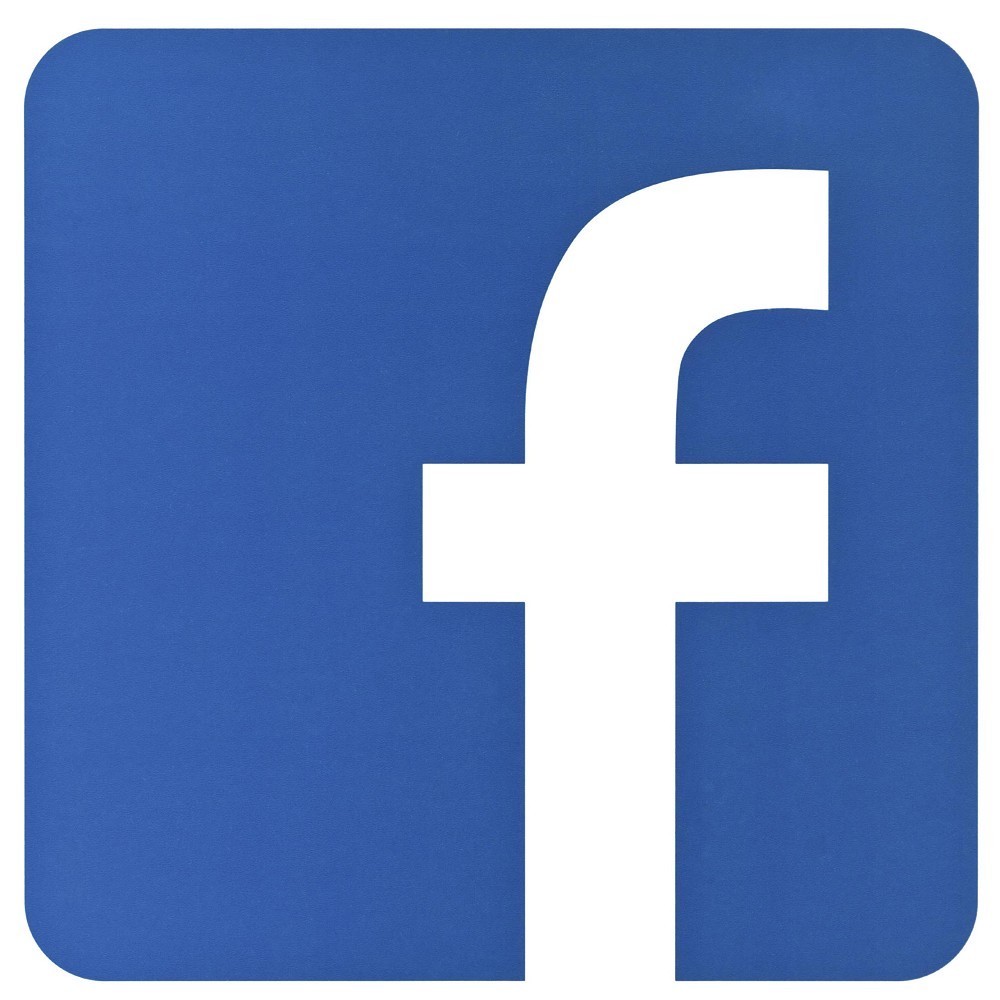 10. The Americans are coming!

Of course, carp fishing is still being shaped, right up to this very day. As these letters dry onto the page a revolution is afoot that threatens to fundamentally change the game once more. To chart its beginnings, we have to rewind to 2006, when Facebook became available for us all to sign up to. The vibrant forums, which had been the home for the digital-savvy carper, became like ghost towns in a matter of a few years and even the news-based print media began to feel the bite. If something gets caught, you now don’t have to wait for Carp-Talk (alas); it’s on Instagram within what can feel like minutes. Although it’s impossible to imagine all the ways that social media will impact our fishing, we can know one thing for sure, and that’s that it will, in ever more significant ways.