9 classic rods you wish you owned

Looking for some sticks with soul? Here’s our list of classic carbons to drool over!

Retro has never been so cool. Rather than worrying about the latest carbon wrap, or super-light rings, a hardcore of fashion-conscious anglers with an eye on timeless design are turning to the second-hand market to pick up rods whose appeal penetrates deeper than their rather fetching carbon skins. If you’re new to the game, or you just fancy a refresher, here’s our guide to the rods that are every bit as good now as they were when their varnish dried… 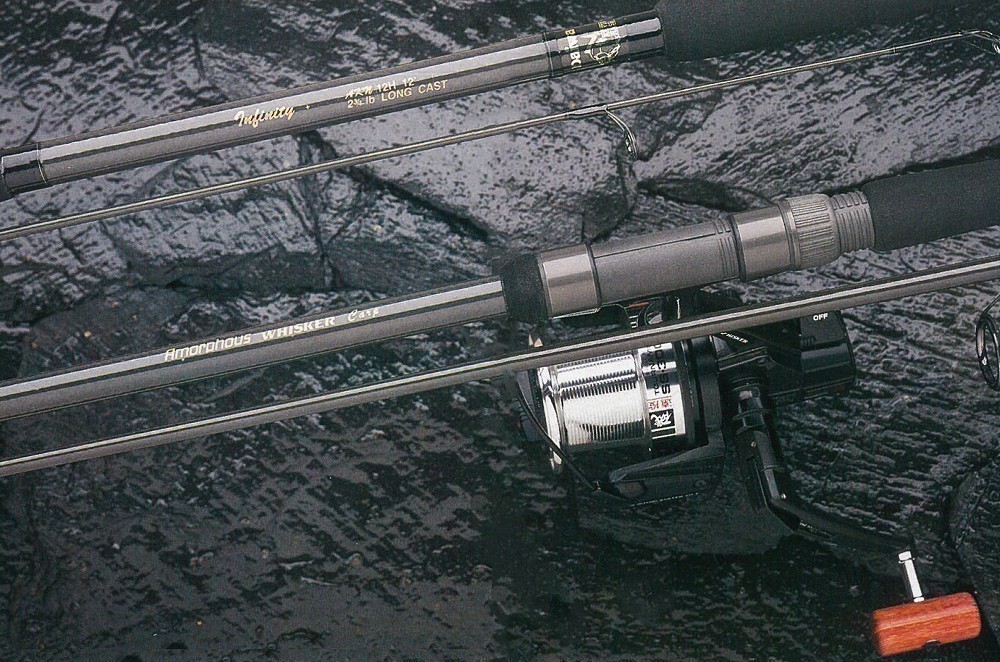 Kevin Nash put his initials to a set of Daiwa rods that have since become among the most sought-after carbons ever designed. Legendary Japanese rod designer, Nobuo Nodera, was the brains behind this, and several other benchmark rods. We’ve plumped for the 12ft 2.75lb version, which was beefy by 1990s standards…
RARITY: 8/10 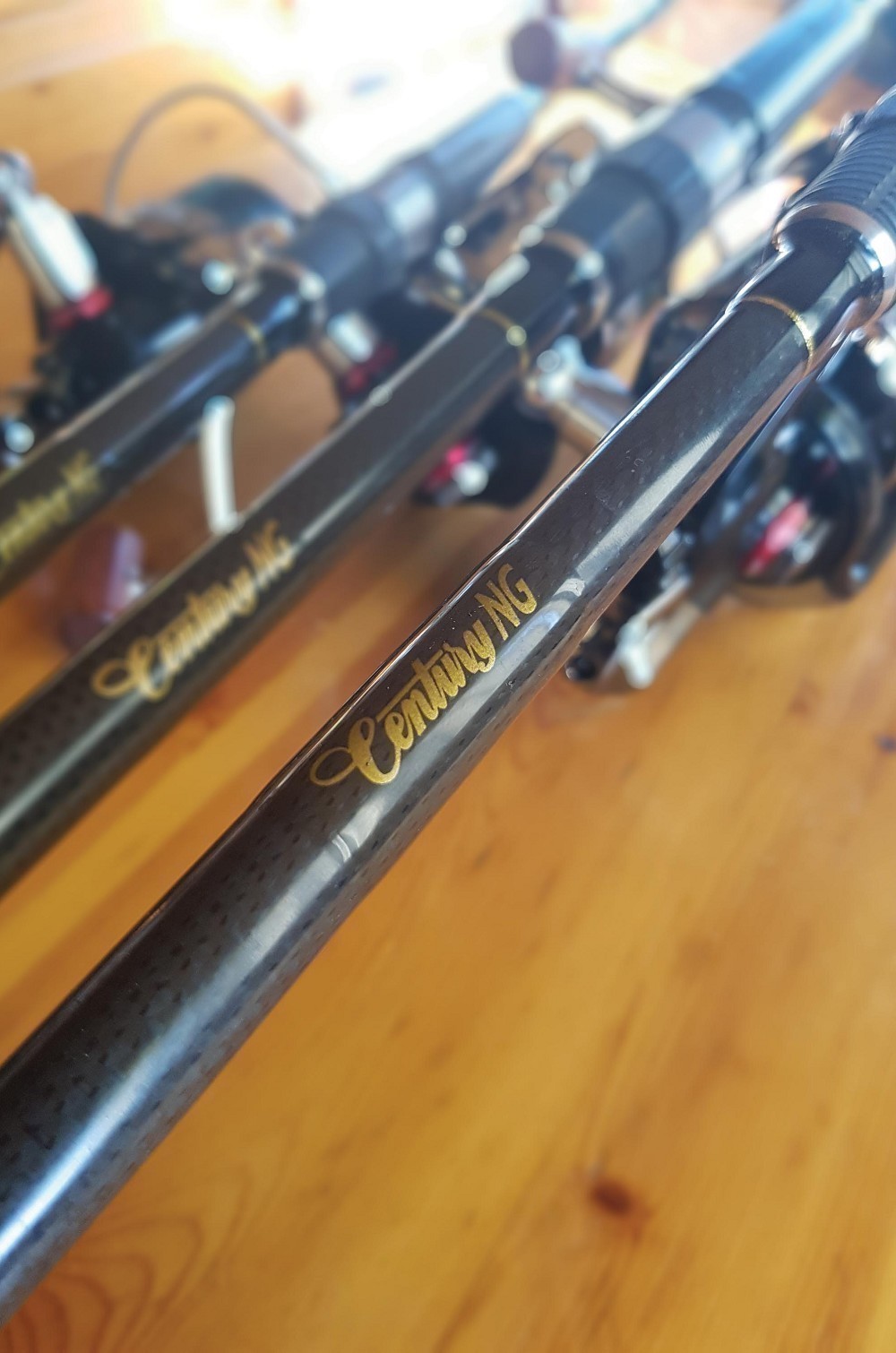 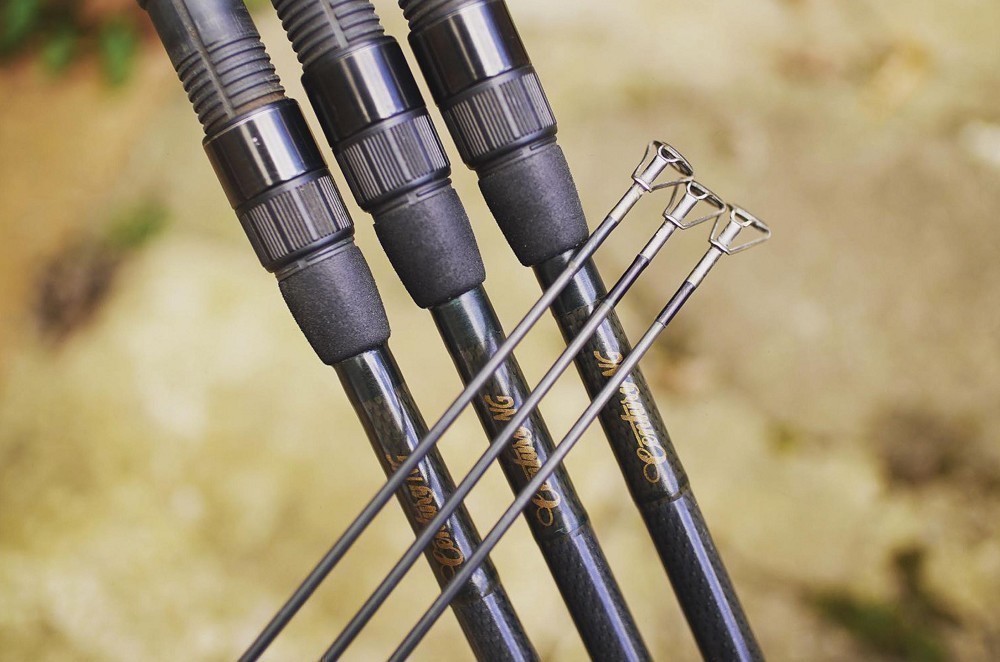 Highly regarded all-rounders made in the Northeast of England by carbon masters, Century. These rods were top-end tools that were the envy of the carp world in the late 1990s. The 12ft 2.75lb version was a beautiful rod to play fish on. Remembered by many for their textured-rubber, golf-club-style butt grip!
RARITY: 6/10 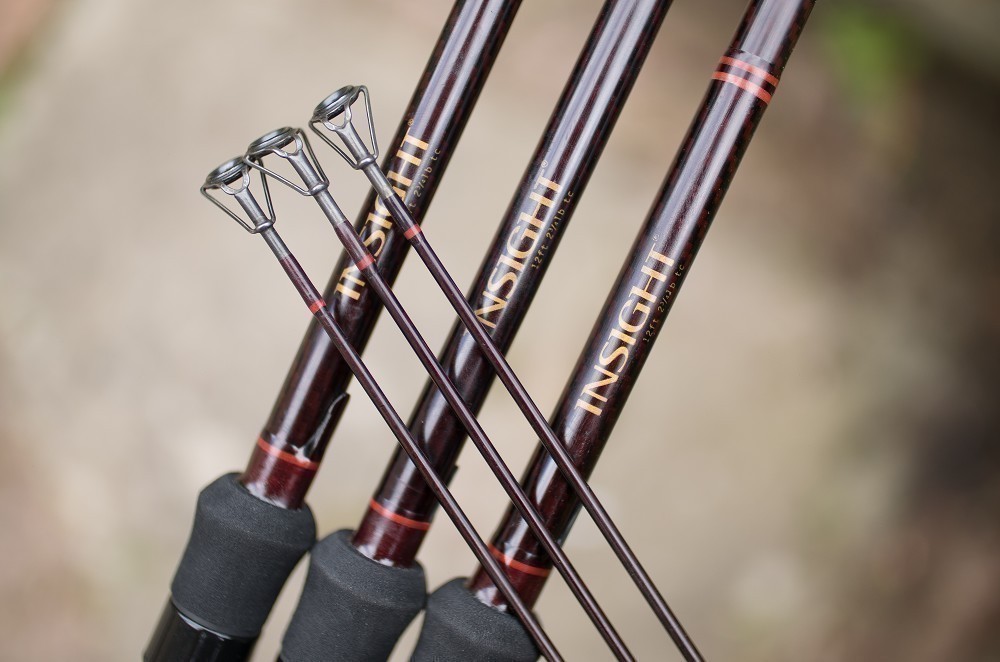 The likes of Martin Clarke, Chris Ball and even Terry Hearn were featured in the distinctive Leslies adverts in the 1990s. The Insight range was pitched at the top end of the market and the luxurious maroon rods were built on special Harrison-made blanks. They were the first carp rods to use 2x2 twill carbon which gave them a distinctive weave. Terry Hearn was presented with a set to commemorate his capture of Mary at a record weight.
RARITY: 9/10 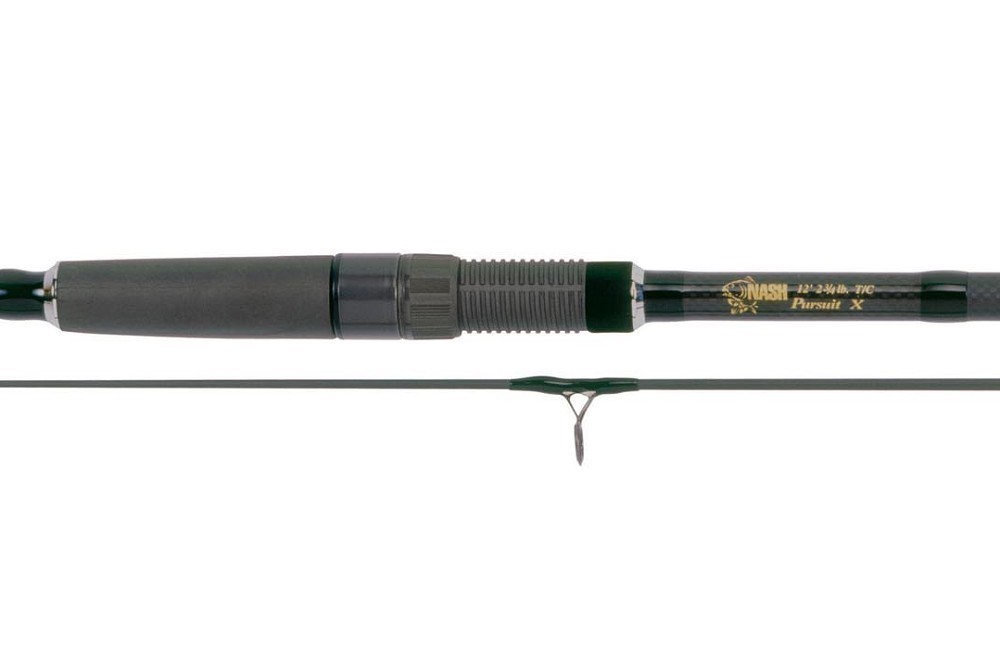 When Kevin Nash split from Daiwa and went his own way with rods, it was never going to be long before he produced a classic of his own. The original Pursuit range was awesome, but in the eyes of many, its finest moment came with the Xtreme Pursuit. Jim Shelley was so smitten with these rods that he hoarded them! They had a classic Pursuit look: minimal reel seat and stripped-back cosmetics.
RARITY: 6/10 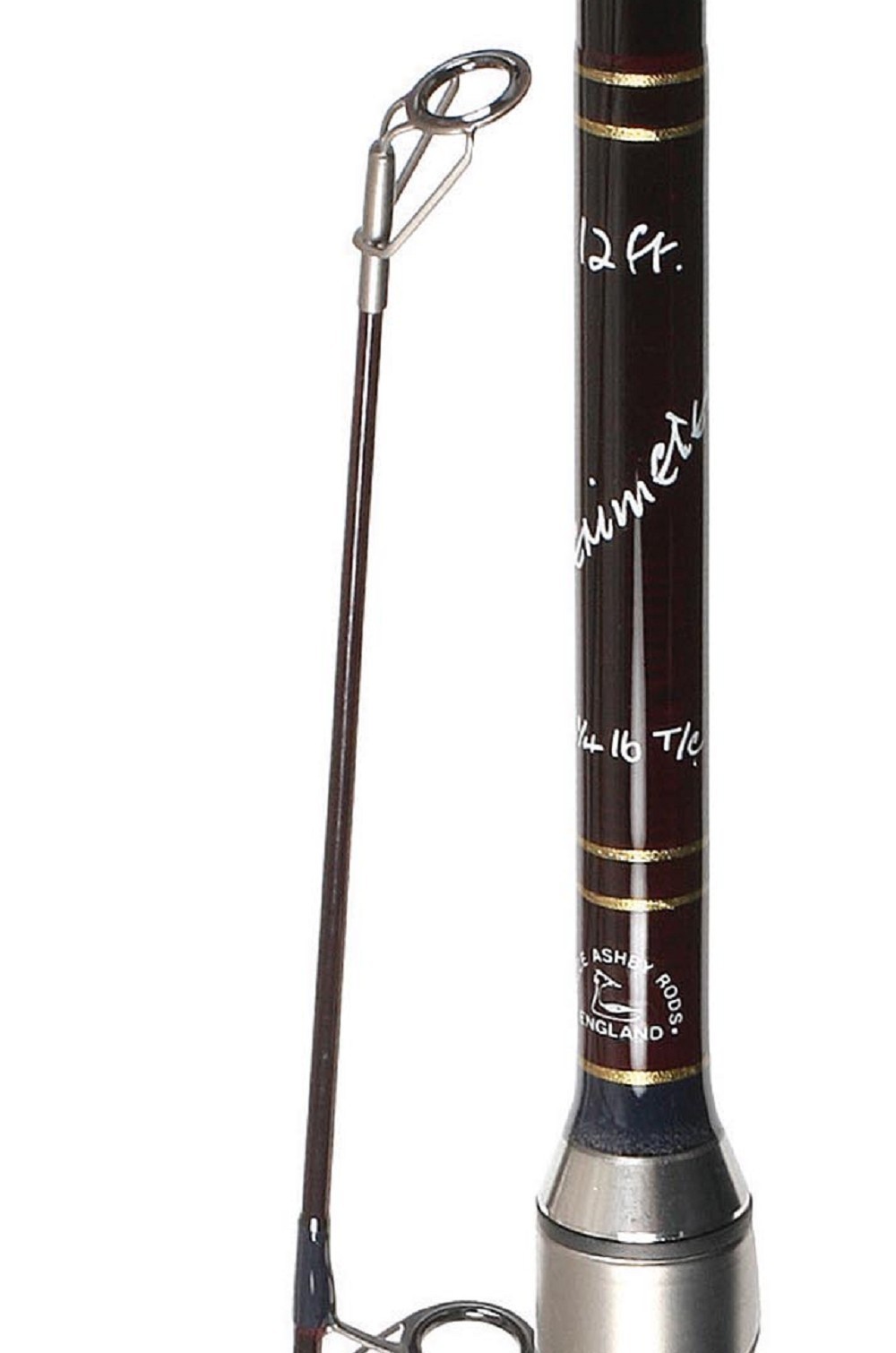 Bruce Ashby was a famous angler in his own right, and contemporary of Rod Hutchinson. Harrison made his Perimeter blanks to Bruce’s exacting specification and Steve Harrison remembers him as a hard man to please: “Bruce had his own views, and was great to work with. He asked for a rod with a fast taper and we paid lots of attention to the top third of the rod, engineering lots of power into the tip.”
RARITY: 7/10 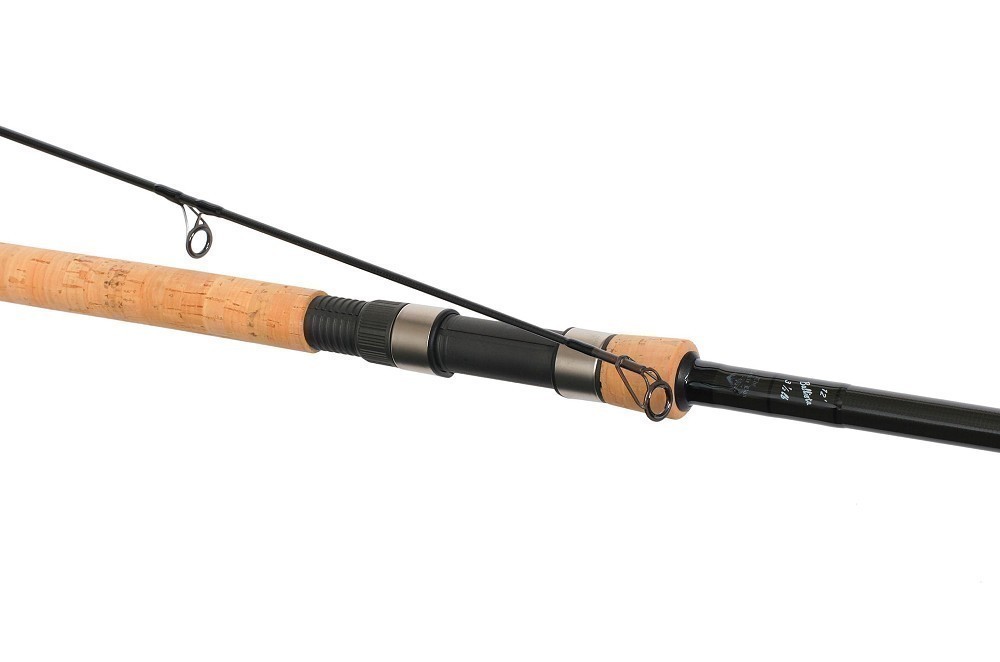 This icon was Harrison’s first carp rod and was launched in 1991. The Liverpool-based firm started with a blank sheet of paper and ended up producing the first overfit carp rod. The overfit sections (rather than the ferrules used at the time) and HR40 hi-modulous material allowed Harrison to build a super-slim blank with huge power.
RARITY: 7/10 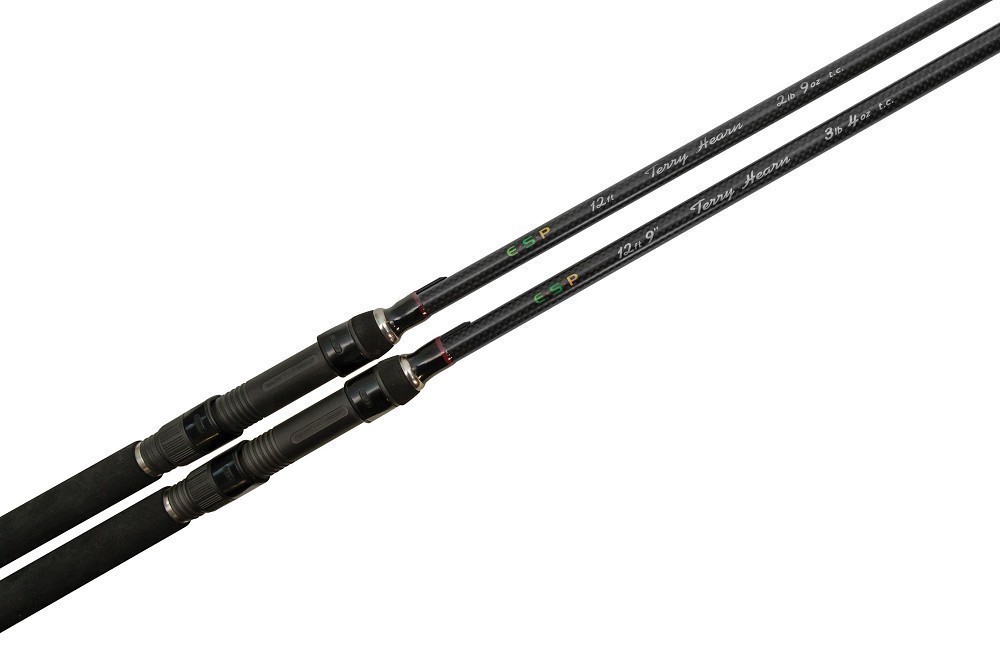 Launched in May 2001, the original Terry Hearns were the result of the development efforts of Adam Penning and Terry himself. It was Drennan supremo, Peter Drennan who suggested adding the crucial nine-inches to the 12ft 9in 3lb 4oz version that became Terry’s favourite rod. They are still very much sought-after today and ESP continues to produce a Terry Hearn signature rod, which is now onto its third incarnation!
RARITY: 6/10 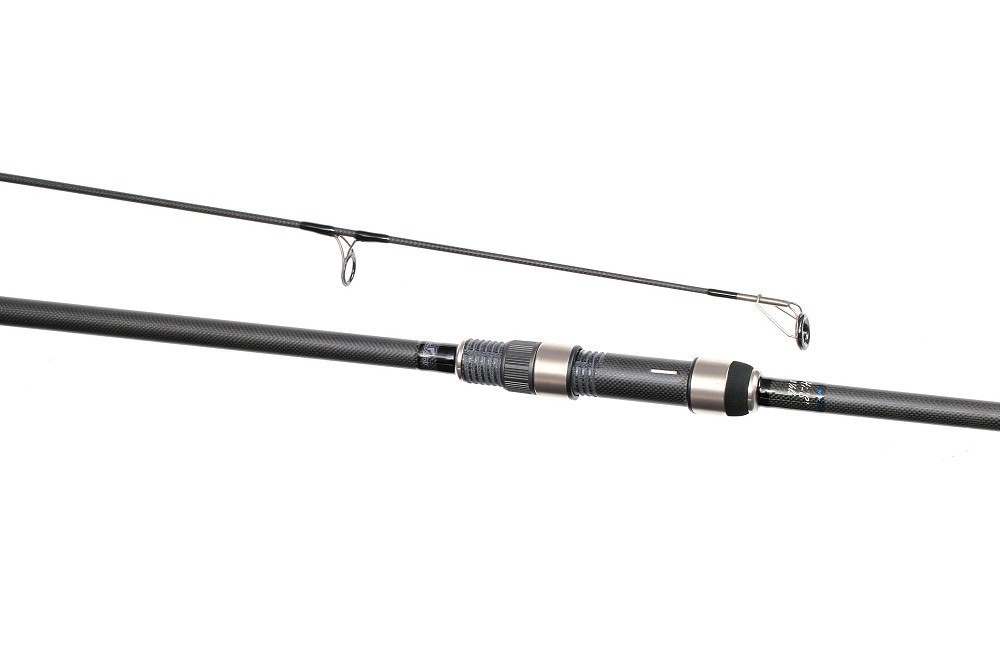 It’s fair to say that these rods were something of a sensation when they were launched in 2003, debuting in a select band of retailers. With big names like Lee Jackson associated, it didn’t take long for Free Spirit to dominate top-end rod sales. The Hi ‘S’ were the flagship rod in that very first wave of releases and their popularity means that you can still buy them today.
RARITY: 3/10

The original ‘players rod’, the Armalite was a huge hit with big-carp men in the early 1990s. They were a lovely, through-action rod with a distinctive weave and abbreviated handle. The strengthening kevlar weave was a new development that Century use to this day on the Armalite range.
RARITY: 8/10

Footnote: Thanks to Alfredo Teodori, Rich Stewart, The Tackle Box and Oli Davies for their help with the images