The extreme lengths some anglers go to in pursuit of carp

"The story goes like this: a lad was creeping in and fishing from the gardens of some very expensive properties that backed onto a stunning (and more importantly, un-fished lake). His plan was always the same: he’d arrive after dark when the folks had gone to bed and leave before they got up the following morning. However, on this particular ‘guest trip’, he thought the owners of one of the houses had gone away on holiday and decided to set-up earlier than normal – around 5pm. To his horror, he’d got it wrong and they arrived home an hour or so later. To make matters worse, the family had arranged a BBQ, leaving him hiding in the shed, panicking that at any moment someone would come to the shed and find him!"

“I could list every single example there is as I’ve been divorced through angling (but it was never a problem with my wife until the day I found out it was… if that makes sense)! I’ve also been shot and have the scars all over my arms to prove it (more than 50 stitches and four pieces of lead shot still in my back) from being blasted by a 12-bore after visiting Heronbrook Pool in Tettenhall, Wolverhampton. I’ve also experienced the weirdos on the lake, the most memorable being at Hemsworth Water Park, Yorkshire, where a couple decided to shoot heroin, then get up to funny business finished off with a slanging match between them right next to where I was fishing! I’ve also fished in the bones of Church Bay at Lake Raduta, Romania, where the church yard is and actual human remains are littered all over the area, but the most memorable by far was fishing on Klaserie Dam, South Africa. We had a leopard visit our swim, crocs and hippos in the water, and it was the most amazing carping experience I’ve ever had.”

“When you live in a big carp devoid county like Derbyshire, you have to travel a long way in order to catch fish of any notable size. My current syndicate is in Reading which is a 270-mile round trip and as you can imagine it costs me a fortune in diesel and not to mention other running costs, there are so many warning lights on the dashboard of my old BMW that I am dreading taking it into the garage!

“In the past I have fished large waters where boats are allowed to visually find clear spots in the weed. I have been out in some horrendous conditions and the effort and determination that is required to row against a strong wind in order to ensure my cast rig is sitting right and to get some bait around it is immense. I often retire for the night completely exhausted from a hobby that is supposed to be relaxing. But once that bite alarm sounds with a big scaly stunner on the end it all becomes worth it!”

“Compared to the normal evening rush hour traffic I remember the roads were eerily quiet as I made my way to a North Lincolnshire syndicate where I’d been fishing overnighters in the summer of 2004. The local weather forecast had been warning all day that a major storm was on the way and all sensible people had left work early and were obviously tucked up safely at home. With the rain battering the windscreen and visibility at only a couple of feet I couldn’t blame them, but something told me I just had to be at the lake.

“The lake was deserted when I arrived. My first problem turned out to be getting the shelter up, and after two failed attempts that saw my brolly ripped from the ground by the wind I finally managed to use my car as a wind break and then get enough pegs and a couple of rocks onto the sides to hold it down. In terms of the rods it was a case of launching the biggest leads I had with me somewhere in the direction of the clear spot in amongst the weedbed I wanted to fish.

“As the storm raged on the night was spent switching between holding onto the brolly, praying I didn’t get struck by lightning and repositioning the rods each time a batch of weed was blown through and dragged them out of position. By 3am I was exhausted and just about to give up, when the right-hand rod went into meltdown and I was into a carp! It proved to be the pattern for the next few hours and by just after first light I’d had seven fish in total to just over 27lb, including a couple of cracking scaly mirrors that were on my target list.

“With the storm finally having past I was able to throw on some dry clothes and go about sorting out the carnage that was my swim. Even though I questioned my own sanity at times the result had certainly been worth the sleepless night.”

“After leaving school I was desperate to catch my first 20 out of a local lake. I’d been pacing the banks baiting spots and crawling around in bushes desperate to put a hook into one of the bigger girls. It was exciting stuff and I managed to catch quite a few doubles and was enjoying the buzz of watching them tails up on top of my rig expecting the rod to hoop around and melt off any second.

“After plenty of action from the smaller fish I’d thought I’d ignore the temptation of lowering a rig in until I found a few better fish to go for. After a few hours searching I still hadn’t found anything worth going for and decided to sit down in a swim I’d baited and have a sandwich. During this time I’d noticed a few bow waves heading my way so I shot up a nearby tree to see what was lurking about. It was a group of six fish cruising closer and closer and one of them was much bigger than the rest and was definitely one of the twenties. As it got closer I started to lose sight of it due to the branches below me obstructing my view. I held onto the crown of the tree and leant over focused on where it was heading when CRACK! The tree gave way and left me falling headfirst.

“All I can remember was a blur of leaves then an almighty great splash!, falling head first into the water and an old tree stump driving into my ribs. I quickly got myself out of the lake before anybody saw and lay on my back in some bushes badly winded desperate to catch a breath. While I was down for the count, a couple of anglers walked passed chatting away. Realising I was in a bad way I tried to call them but I could hardly speak where I was so winded and they passed unaware of me in the bush.

“After 10 minutes I finally came around and picked myself up, covered in stinking silt I realised I’d lost one of my trainers. Unable to find it I decided to walk home with one trainer and one sock. I got a few strange looks on the way home as you can imagine but I didn’t care as I was still in pain and shortly after arriving at home I started being sick and had to go to hospital. I told the doctor what had happened but no matter how hard I explained to him what I was doing up a tree, he just looked at me as if I was some sort of headcase. Luckily I got away lightly with severe internal bruising and with many a painkiller taken over the next week I was soon back down the lake trying to track down that 20lber.”

Over the years I have gone to some pretty extreme lengths to try and squeeze in a little extra time on the bank. However, the one occasion which really sticks out in my mind is when my girlfriend was pregnant with our first child. As she was nearly two weeks over her due date, I hadn’t been angling for several weeks and I was starting to go crazy! I came to the conclusion that if nothing had ‘popped out’ yet then it probably wouldn’t happen at all (I said I was going crazy) so, against my girlfriend’s wishes I decided to head out for a quick overnighter.

“Having bagged two decent fish shortly after casting out I was looking forward to an eventful night ahead. A couple of hours later the missus rang me up to say she didn’t feel “quite right” and could I come home. I really didn’t relish the thought of winding in so I did my best to persuade her it was probably trapped wind or something! That seemed to work, but when she rang back half-an-hour later she didn’t seem quite as calm!

“Holding the phone about a foot from my ear to avoid being deafened I got the gist of what she was saying and thought I had better go home and see what the fuss was all about. Having been to countless birthing classes I was under the impression we had all the time in the world, and by the time I arrived back home I fully expected her to be in the bath listening to whale music and sniffing scented candles. This was far from the case and when I opened the door I discovered half the neighbourhood comforting a heavily panting, shouty woman telling me I best get to the hospital now or things were gonna get messy! Thankfully we did make it to the hospital in time although she still gives me grief about that little saga some four years later!" 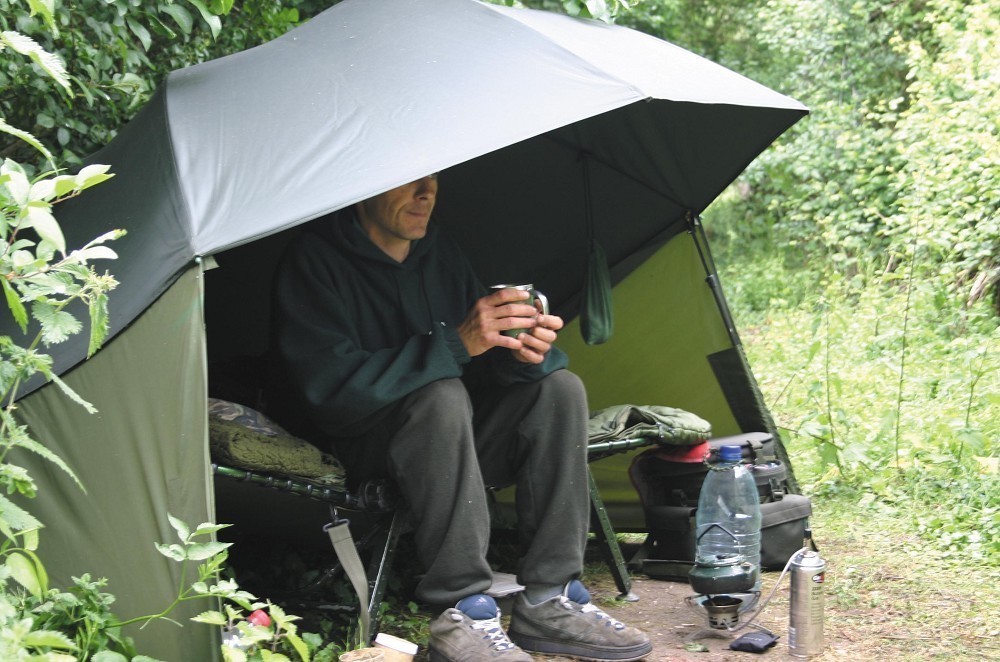 “Being an angler with above average enthusiasm for the sport, so long as it’s not a danger to the carp and within the rules of the water I’ll go to whatever lengths I can to catch a carp. This can range from something as simple as sleep deprivation due to keeping my eyes on the water for as long as possible to locate carp or so as just to simply soak up as many fishing hours as I can. I have also been known to drive ridiculous distances just to bait up or do a few hours fishing after work, but when you want it (the lake’s big’ un) bad enough, it’s all part of the hunt so it’s not a chore and never seems like one. I can, and have, proved to myself that I can keep up this kind of mentality for years to get that end result.” 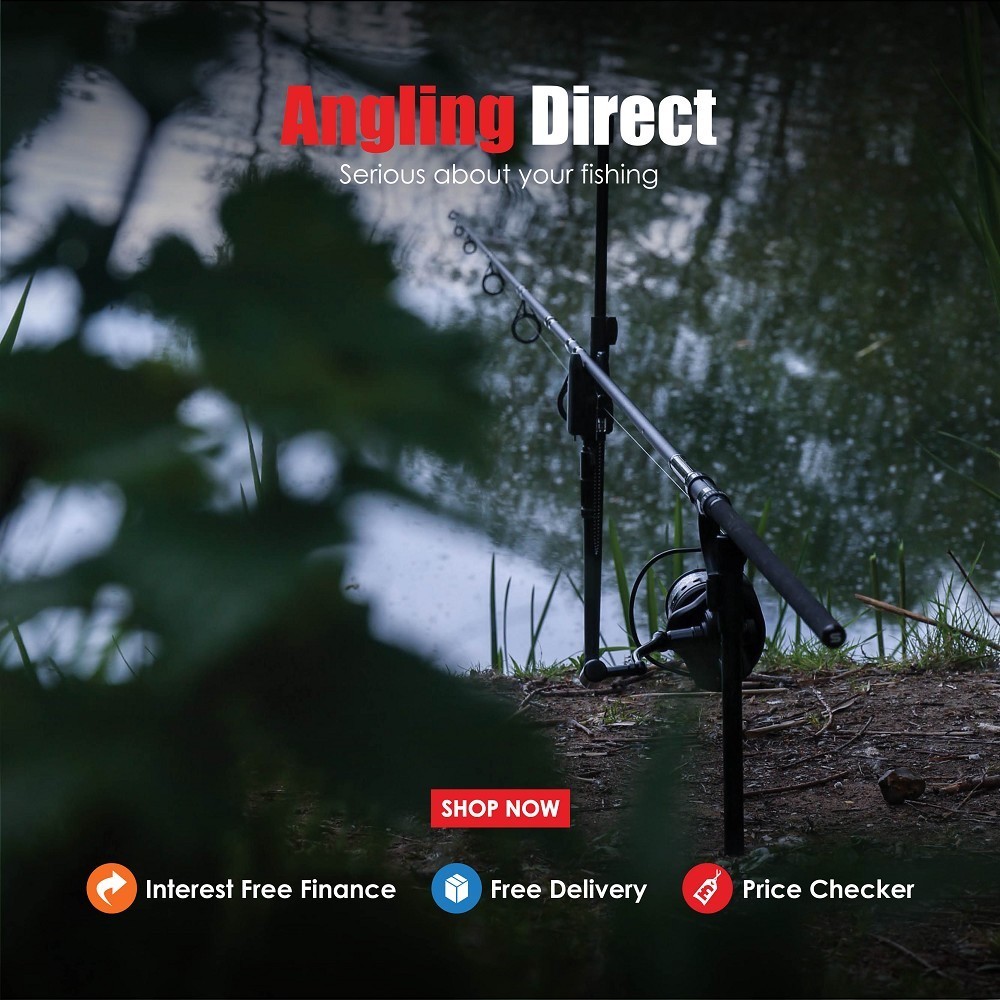