The Headline Makers of the 00s

The Noughties were such a good time to be around carp fishing; there was just so much happening. The explosion of venues in France, competitive carp fishing was just beginning, the growth of big fish in the UK, and some major new players in the game. It was an amazing scene. If you were there at the start of the Millennium you’ll know the score: a bit like the trance movement in music that was running at the same time, this was really when carp fishing came of age, became cool and went boom. Here’s what made up the headlines between 2000 and 2010… - Rob Hughes

1. A thirst for info

The thirst for information about carp fishing was endless. Walk into any WHSmith and you’d see a full row of carp fishing magazines on the shelves. In fact, there were nine different titles offering news, advice and info about carp fishing: Carpworld, Crafty Carper, Big Carp, Advanced Carp Fishing, Carp-Talk, Total Carp, Carp Addict, CarpTV and of course CARPology. That’s more than football and golf put together! CARPology was a fledgling at that time and has since grown into the No.1 carp magazine in the UK, if not the world.

The BCAC started in ‘99, and whilst that first year was fun, it was through the Noughties that they became immensely serious and the winners went from being “just another carper” into angling superstars. Some of the top names around today made their names in the BCAC competition scene. Back at the start, the critics said it wouldn’t last, but just look at it now: 20-years-old and still going strong with loads of events and competitions every weekend.

Cassien and Lac Du Der had dominated the world news with regards to super waters, but at the turn of the century a new venue was whispered about in Eastern Europe. That place was Raduta in Romania. Simon Crow and I had a network of international contacts, and when we heard about this place we had to go. By the start of the Noughties, Raduta was well and truly on the map, having broken a long-standing world record with a fish of 37kg to a little known Austrian angler called Christian Baldemair. Through our holiday company we made adventure trips to Raduta available to the masses, and literally hundreds of people had their first experience of international carp fishing adventures with us. After those early 80s pioneers in France, carp ventures had been born again. 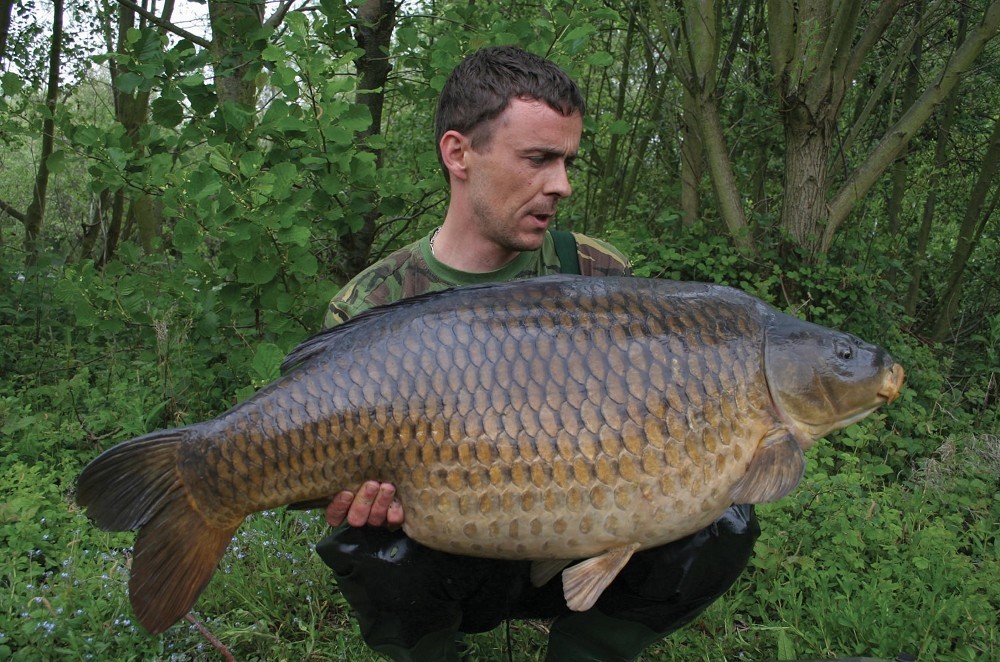 Nigel Sharp and The Burghfield Common: a five-year struggle of hard graft and amazing dedication… and the rest is history

There were some mega catches in the Noughties, and a number of them stood out for me. There was a magical place called Burghfield; a seemingly massive expanse of water with hardly any carp, but rumours of some very big ones. CARPology hero, Nigel Sharp went out to tackle this amazing venue and was rewarded with what was then and certainly is now, the biggest prize in UK carp fishing: The Burghfield Common. It was a five-year struggle of hard graft and amazing dedication… and the rest is history.

There were a few emerging UK super lakes to challenge the likes of the old guard of Wraysbury, Yateley etc., etc. Wellington Country Park was being fished by those ‘in the know’ the early 00s. With some fantastic fish it was a mega venue that held a good head of thirty-pound fish, a whacker for the time. Back then you could fish it on a day ticket too. Little did we all know how amazing it would actually turn out to be… and also how expensive a syndicate ticket would become! I was there when 30s were big and it was just producing its first 40. Amazing times. 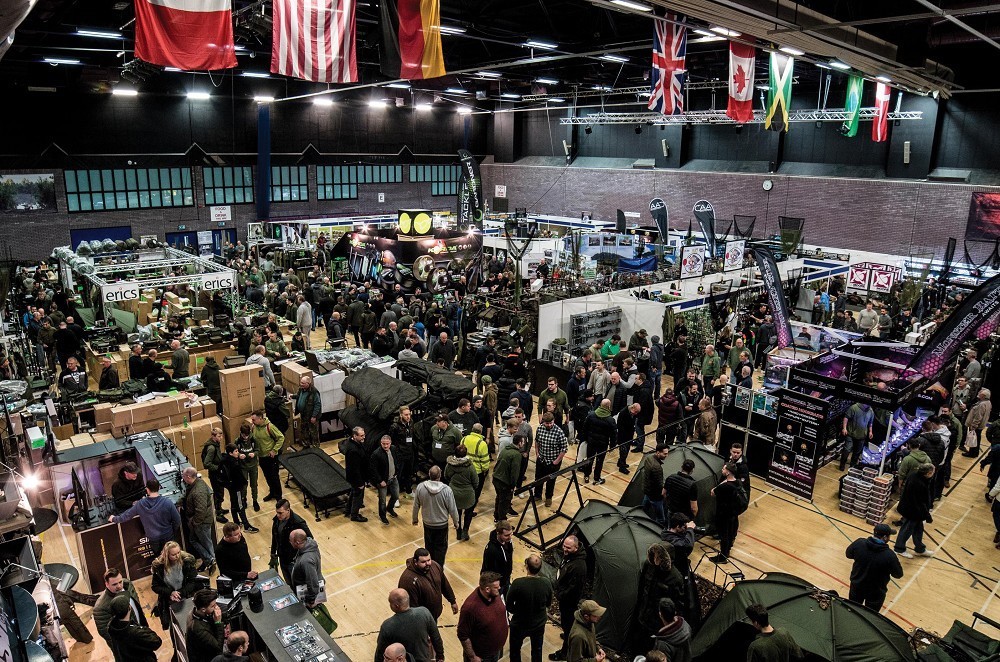 Some big names were made and some “wannabes” were quickly shot down in the 00s. The carp angling balloon was in full flow and the latter part of the decade became synonymous with the ‘manufactured carp angler’. A little bit like the music industry grabs talent and moulds it into what they want, the same thing happened within the fishing industry. It wasn’t good enough anymore just to be good anger; you had to be the whole marketing package as companies realised that the strongest weapon they had in their armoury was marketing power as opposed to just simply good products and honest people. And well marketed toot began to sell like hot cakes.

The Noughties saw more and more anglers catching fish of 50lb or more. A fifty in the previous decade was the fish of a lifetime, but by the end of the decade, whilst not exactly common, “a fifty” was certainly within the reach of any angler that was prepared to put a bit of effort in. More and more waters were producing 50s and day ticket lakes offered open access for them. By my reckoning you can add about 10lbs a decade to “big accessible fish” and going by the current figures, there are now 60s to be caught. Unbelievable.

Mary had dominated the British record list for a number of years and then along came a fish called Two-Tone which took the British record first in 2001 following capture by Terry Glebiowska. Interestingly it was this capture that first gave plastic sweetcorn its credibility. It lived in Kent at a relatively small venue known as Conningbrook and held the record a number of times throughout the decade before passing in 2010. A number of iconic anglers caught the fish to hold the British record, and arguably the most iconic for me was by British carp angling legend, Lee Jackson, making him the first angler ever to become a British Carp Angling champion and a British record holder. 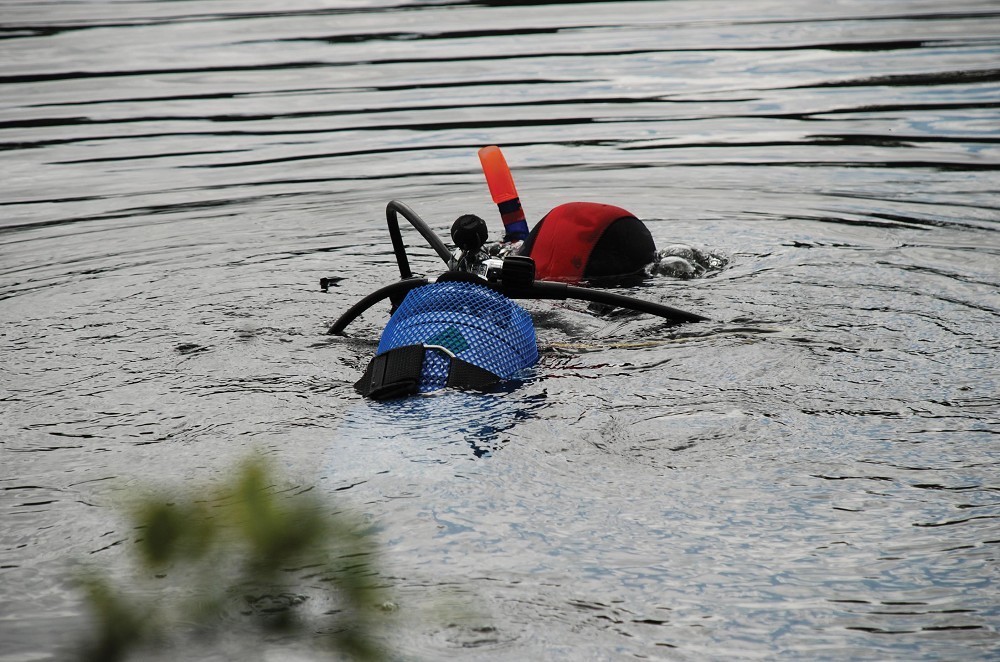 The massively popular BTS series started way back in issue 23 - that was February 2006!

The Noughties saw the first proper delves into the depths, as both cameras and people decided to go below the surface to find out more about what was going on in the world of carp. The massively popular Below The Surface series in CARPology started, and Danny Fairbrass provided the first commercial underwater film with his look at how rigs behaved in Horseshoe. 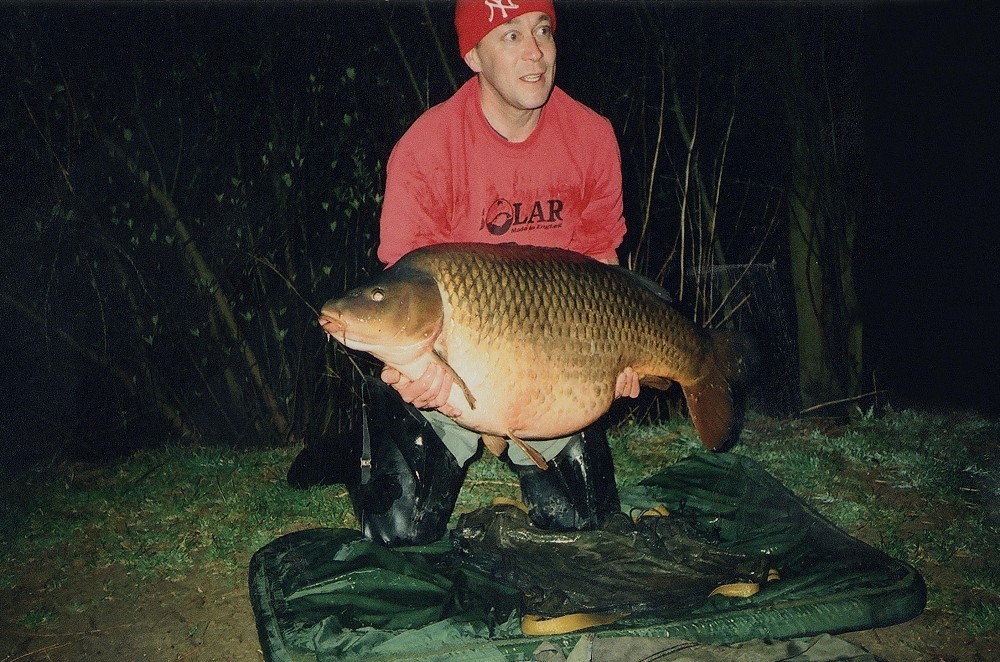 The death of Benson threw carp fishing in the mainstream

By the end of the decade carp fishing was global news. August saw the sport catapulted into the global spotlight as the world’s media went mad over the death of Benson, the enormous common that lived in Bluebell. British TV companies camped out at the lake as the news of the demise of one of Britain’s favourite fish was beamed all over the world. Benson Mania rivalled Beatlemania and even the Wall Street Journal got in on the act! Carp fishing became the most talked about sport on the planet for a few fateful days and it showed how far carp fishing had progressed in a hectic 10 years. 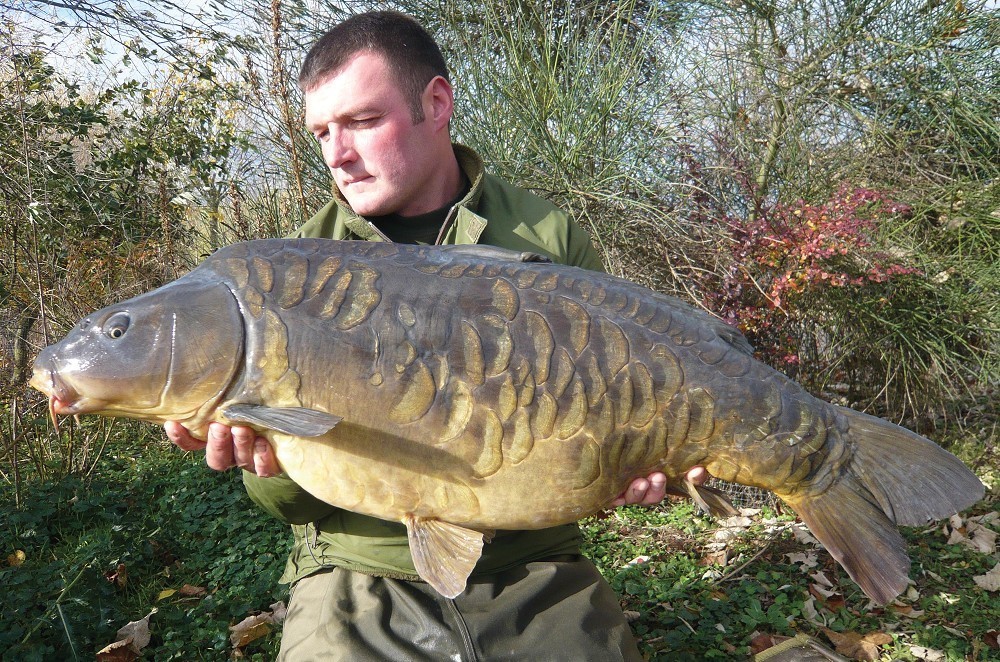 French holidays became massively popular, and with fish like this one, Abbey became one of the favourite destinations

The Noughties saw a massive number of holiday companies open up in France. Back in the mid 90s there were very few commercial complexes to go to in France, namely Les Quis, Dream Lakes and Fishabil. However, the economy was doing brilliantly in the UK and that meant an opportunity for living the dream, and to so many Brits that dream was owning a lake in France. Simon Crow and I did a survey on commercial complexes in France in the mid 90s and there were six. By the end of the Noughties there were nearly a hundred.

Loads of equity in people’s houses, coupled with cheap property prices across the channel, meant that French property was the thing to be in. It even featured on TV in one of those ‘Dream Home In The Sun’ style programmes on Channel 4. Anglers were so hungry for French action that loads of both good and bad venues set-up to help people achieve the dream of catching carp far bigger than they could ever dream of back in the UK.

My holiday company at the time, Angling International, sent nearly 700 people to France in just one year alone. Multiply that by the many other holiday companies operating and the market was enormous. People just couldn’t get enough of French carp fishing, and many personal best were caught, friendships made and dream holidays had. - Rob Hughes