What ever happened to the River Nene Electricity Cut?

And what happened to Paul Selman, Cobra and Richworth 'Plex' boilies?

Who fished there: Most carp pioneers of the 1960s had a dabble here. Elliott Symak (who now runs Northey Park) famously wrote about it in Carpworld.

Claim to fame: The original river hotspot, quite literally! It produced genuinely big carp all year round.

Overview: This fairly small cut off the River Nene at Peterborough was famed for the warm water which was pumped out of the nearby power station. Even in the depths of winter, the cut would steam and the carp would feed. Back in 1952, the Nene and Welland Fishery Board ordered 5,000 carp from the same source as those stocked into Redmire. About 400 of these fish were put into the Nene near Peterborough, and they thrived in the warm-water conditions of the Cut. In an era when doubles were big fish and twenties were monsters, this small section of the Nene produced some of the best carp fishing in the country.

What happened to it?: The power station was demolished in the 1980s and the land is now occupied by a shopping centre and large retail outlets. The Cut became overgrown and is currently unfishable.

What's happened to the fish?: The original stock are almost certainly long gone, but the Nene around Peterborough still holds a fair few carp, including some very big ones. 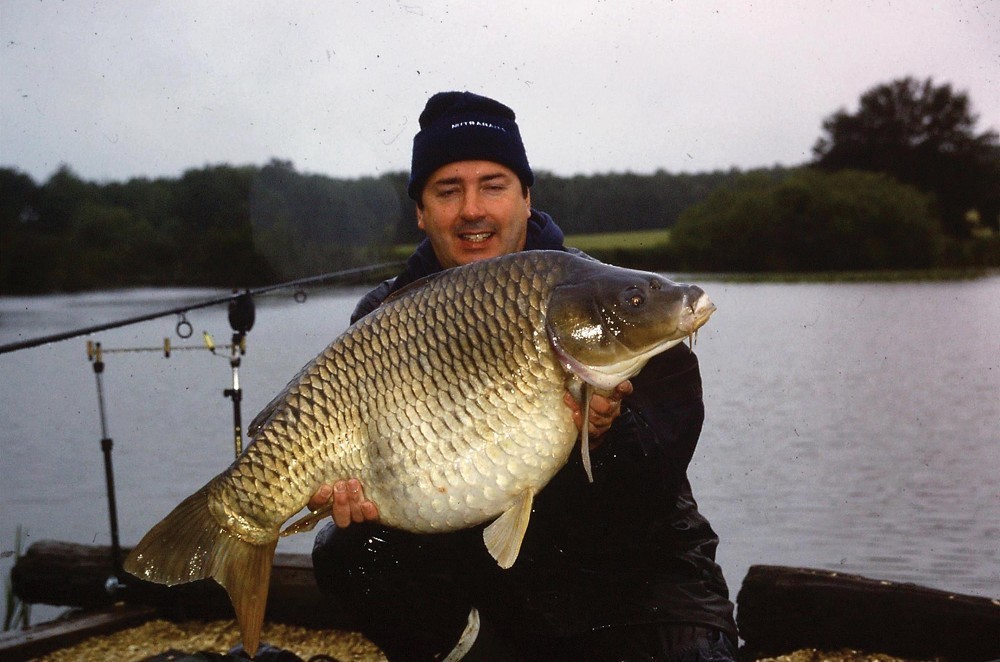 Venues he fished: Harefield, Darenth Tip Lake, Redesmere, the Mangrove… plus many more.

Renowned for: A familiar face on the carp circuit until about the last decade or so, Paul had a hand in many aspects of the sport as its popularity surged. The Staffordshire angler was part of the famous Daiwa Carp Team, with its classic black uniform, and edited The Carp Society’s Cyprinews and then Carp Fisher. In 1997 he wrote and published the acclaimed Carp Reflections book, which chronicled 15 years of carp angling across many famous venues. A keen bait buff, Paul was also instrumental in developing and promoting the use of high-nutrional-value baits and the use of amino acids. Around the turn of the millennium and into the 2000s he also ran Fishing Warehouse, one of the most popular early internet forums.

What he does now: Paul is still involved in carp fishing but is much less in the public eye these days. He moved to France to set-up Etangs de Breton, a collection of five carp and catfish lakes in Brittany. 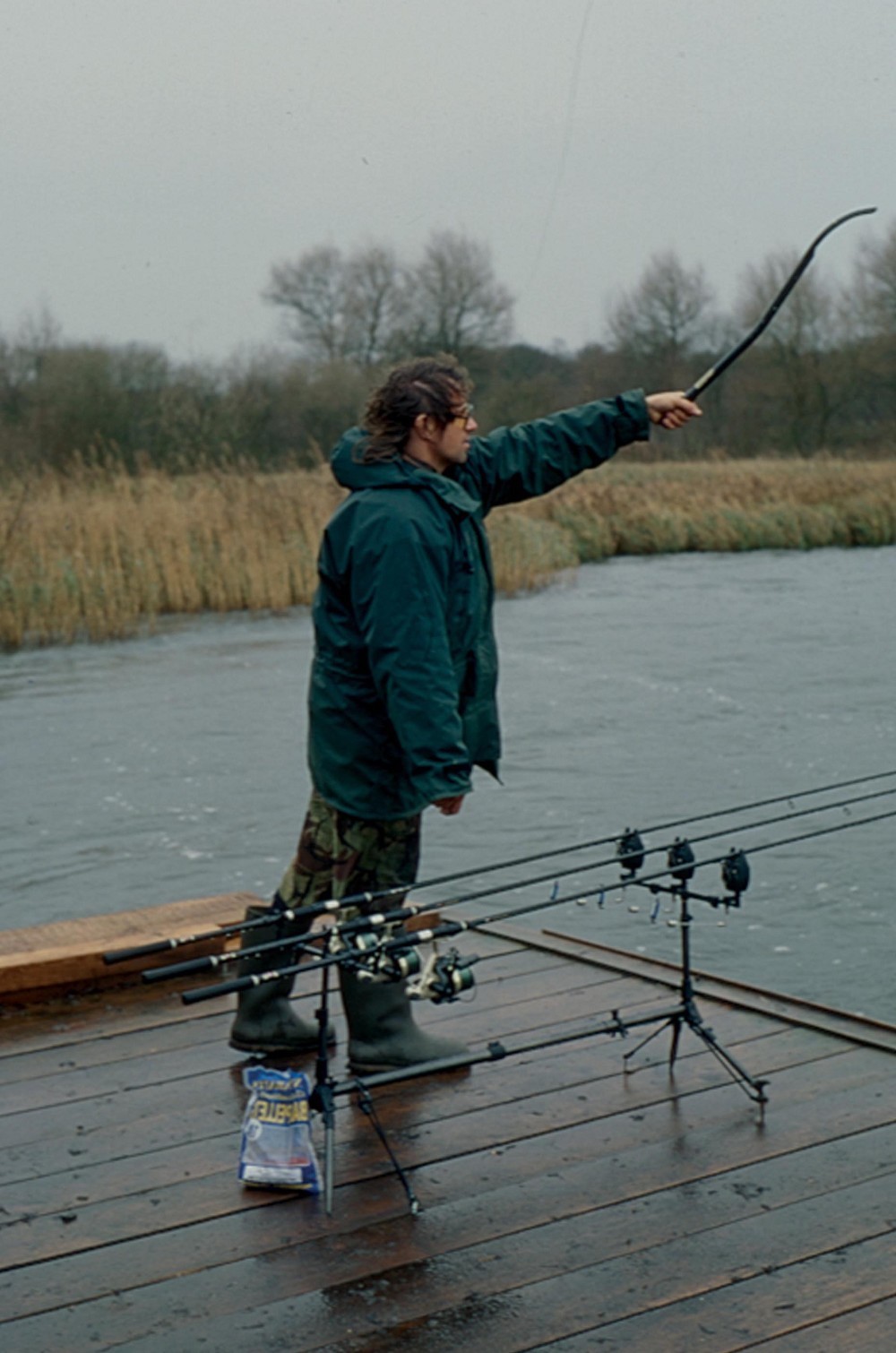 Famous for: Being the first company to introduce a curved throwing stick to the carp market, & the Cobra Cup.

Why so successful? The throwing stick was a revolutionary invention that transformed the way anglers bait up. Back in the early 80s your two options were homemade spods or catapults. Spods could reach big distances but were noisy and prone to spillage. Catapults were great for dry baits at short-range, but would struggle to put a boilie over 50yds. Throwing sticks changed all that. Cobra didn’t invent the stick, but they did bring curved versions to the mass market.

Stand-out product: Released in the early 1990s, the Cobra Throwing Stick was the brainchild of Nina Sansome and took inspiration from the traditional Spanish sport of pelota, where a ball is hurled at a wall with a curved glove. The Cobra Cup was also a hugely popular competition in the angling press in the 1990s. Like a Drennan Cup for carp, it initially rewarded captures of ‘unknown’ fish, like Jason Hayward with the Black Mirror.

Why they shut-up shop: After Nina retired, Nash took over the Cobra throwing stick brand in the 2000s and re-designed the range, introducing feeding ports into the handle end of the sticks. 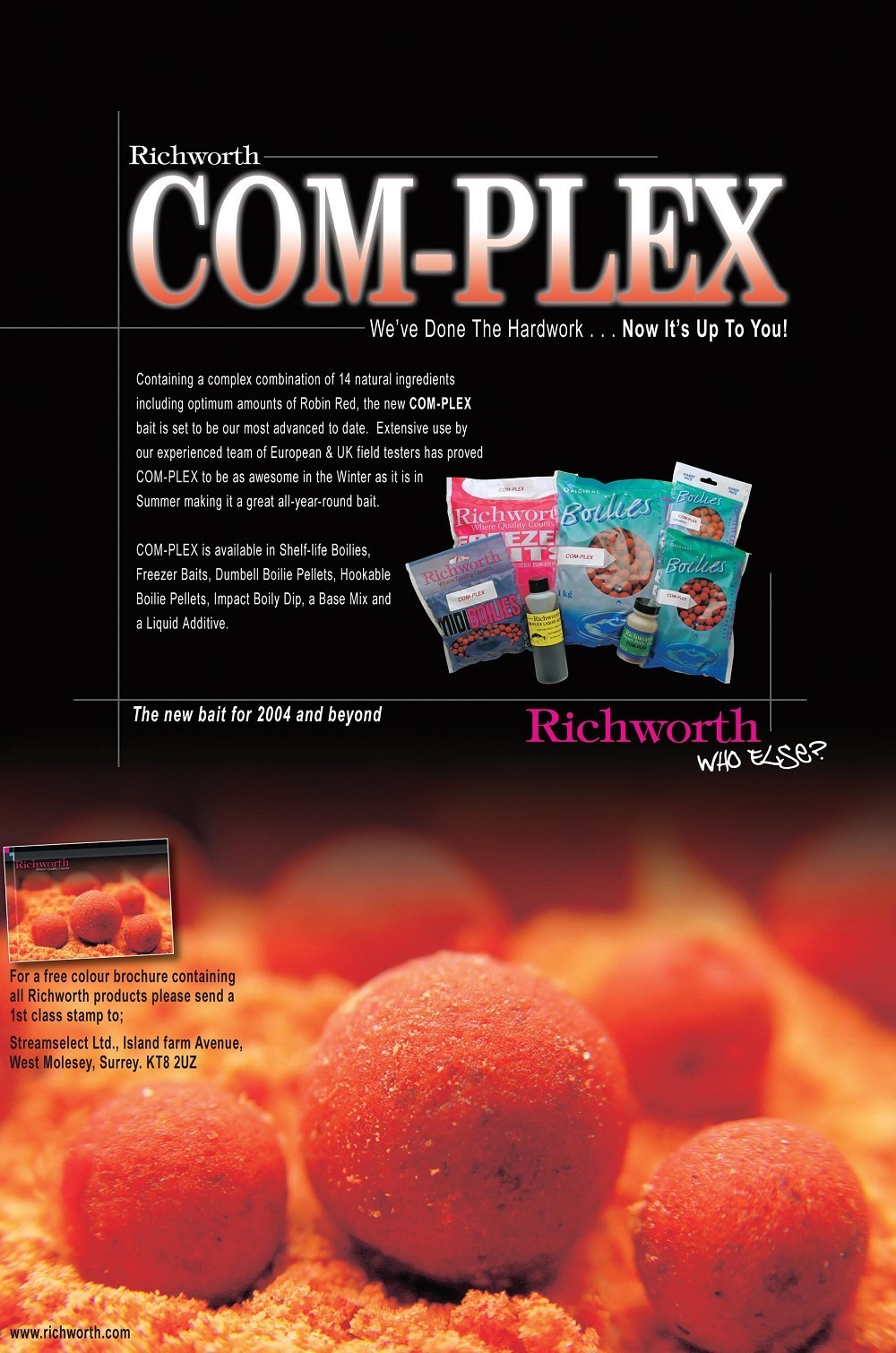 What were they?: Two absolute blockbuster baits from the one of the biggest players in the boilie world at the time.

Were they any good?: In a world before Mainline Cell or Sticky Krill, Richworth were about as big as it got in the bait game. Their Tutti Fruttis were legendary, as were their shelf-lifes like Crab & Mussel and Honey Yucatan. In the late 1990s and early 2000s, the Plex range of boilies emerged and instantly became a massive hit.

What happened?: There was a period when Richworth could do no wrong. They sponsored Linear Fisheries as the venue’s popularity mushroomed, and their baits dominated the Oxfordshire day-ticket complex. Star names like Martin Bowler endorsed the Plex boilies and tonnes of them were sold. Richworth were put up for sale in 2016 and Bob Baker retired the following year, passing the business on to new owners.

Could they make a comeback?: Now based in Kidderminster rather than Surrey, Richworth continue to make classic flavours and are on the verge of launching some new boilies. The new regime seems open to anglers’ feedback and it appears the door is not completely shut on a return for the Plex ranges.