Yeah, you might well use a ready-tied, but that technology came from somewhere... 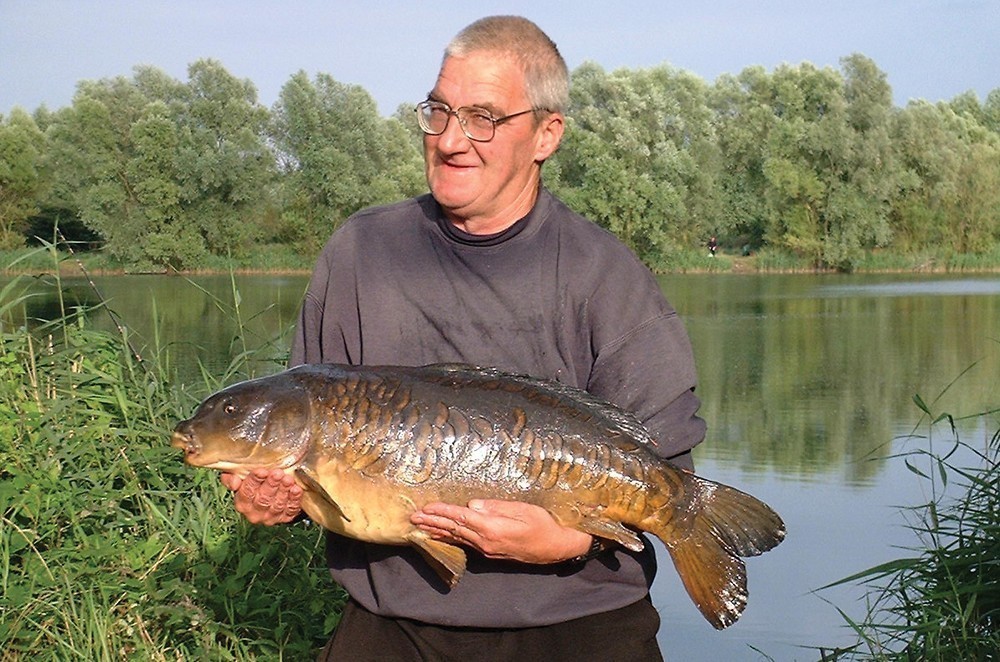 1. The Hair rig is invented

In a stroke of genius that we’re blessed with once in a epoch, that visionary angler, Lenny Middleton, decided that he’d take the conventional side-hooked bait off the hook, and instead attach it to the hook with a thin hair. It must have looked outlandish, ridiculous even; but Lenny’s position in the Pantheon of carp Gods was cemented when he not only came up with this new contraption, but decided to go out and test it. The rest, quite literally, made history… 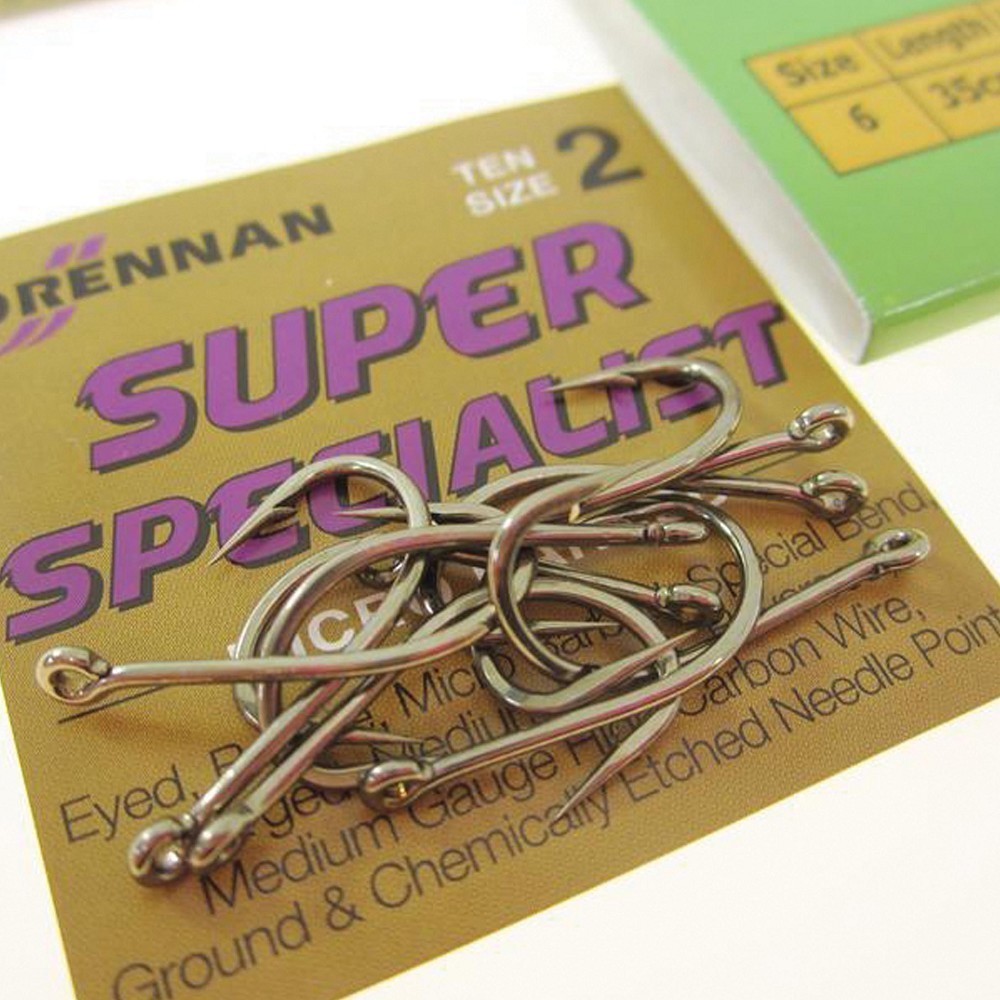 It’s hard to overstate the importance of a sharp hook, right? Imagine then, what it must have been like to use the very first chemically sharpened hooks! We mean, we went from having something that wouldn’t pop a water-balloon to a product that definitely caught you more carp. Think patterns like the classic Drennan Super Specialist, and you get a glimpse at what this tech looked like. Those patterns are still very much in use today as well… in fact, some anglers swear by them! 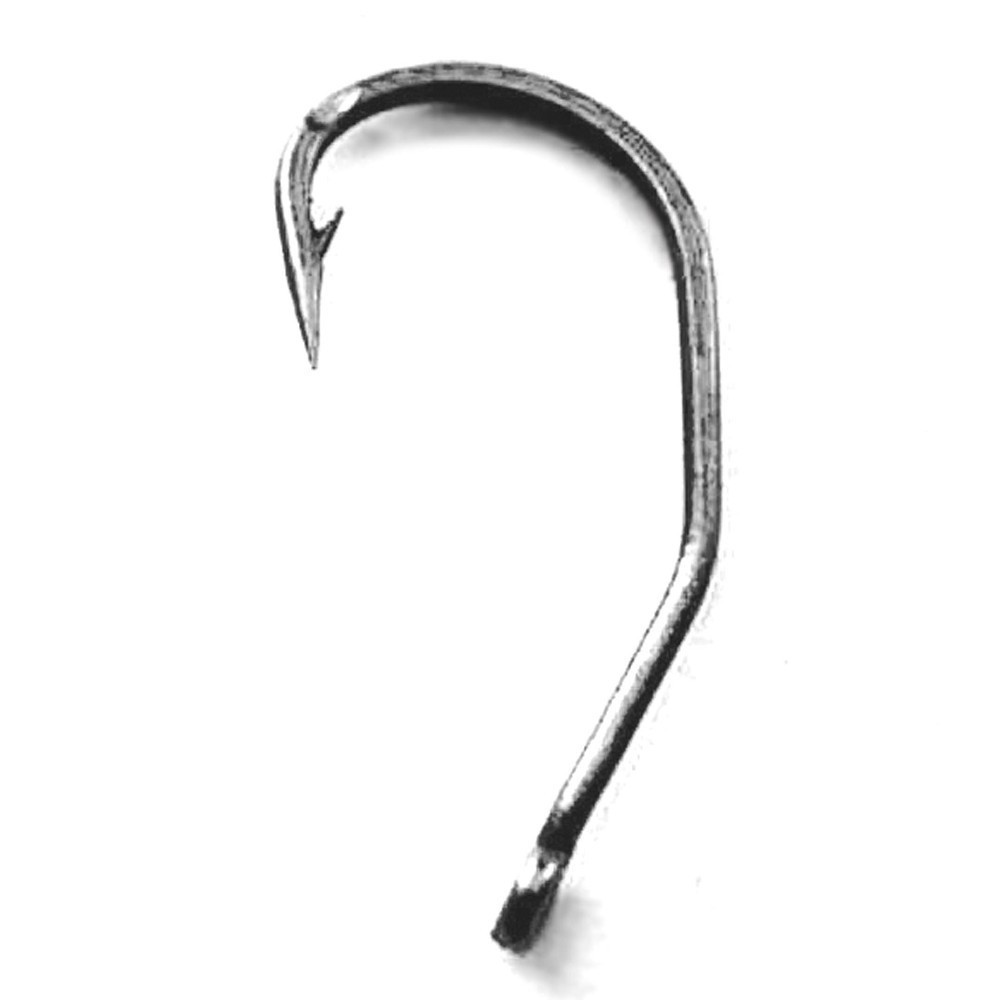 We’re not entirely sure where or when an angler first bent a long-shanked fly hook to create a Frankenstein pattern of hook that was FAR more effective than anything before… or since for that matter. It was certainly used extensively in the Colne Valley, at Fox Pool to name just one famous venue. While the actual bent hook was banned (rightly so) on all waters eventually, its legacy lives on… We mean, why else do you think we use shrink tube or pre-formed kickers?

Well known Essex angler, Mike Kavanagh gave us the Multi Rig, which is a fine piece of rig thinking in its own right, and a damn effective set-up, but, back in the 1980s, he made what was certainly an even more momentous leap of imagination. Rather than sticking with soft, braided hooklinks, or supple mono, Mike reimagined the way that a rig could work, using thick, relatively stiff mono instead. His rationale was that a feeding carp would find it much more difficult to eject a suspect hookbait when presented on a stiff link than it would on a conventional braided link. Since Mike’s original Stiff Rig, there have been many, many variations! 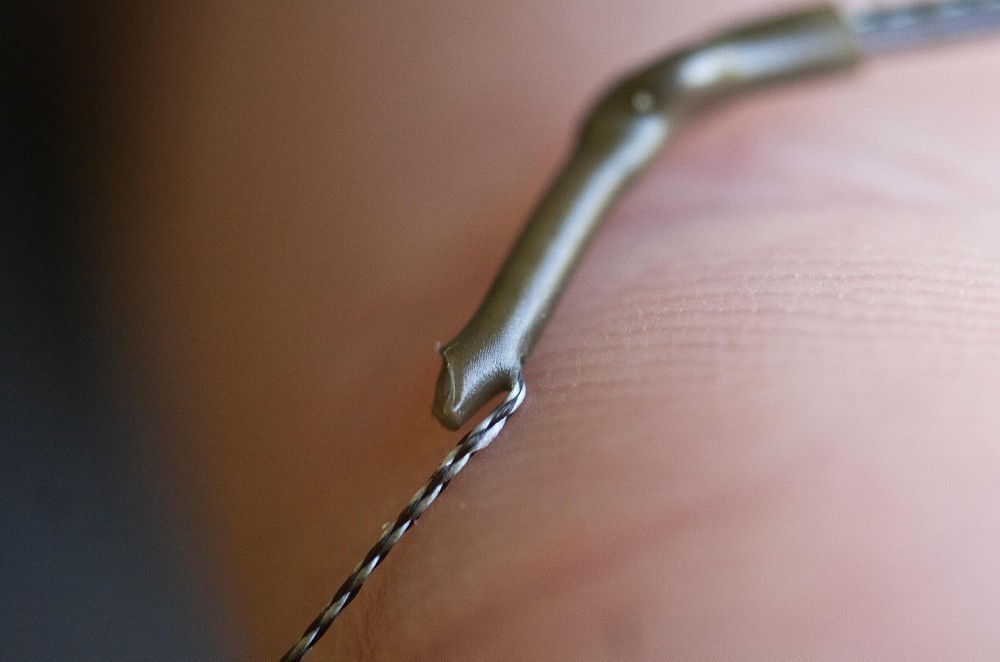 Prolific writer and schoolteacher, Jim Gibbinson, had a huge following in the 1990s, thanks to his Carpworld articles and his own books. He was an accomplished technical writer and formidable thinker on the practical elements of carp fishing. Applying his own brand of logic to rig design yielded his greatest invention: the Line-Aligner. By simply bringing the hooklink through the wall of the shrink tubing, rather than threading out the end, made the hook flip and turn soooo much better than before. It’s testament to the effectiveness of this little tweak that those anglers in the know still use the Line-Aligner to this day. 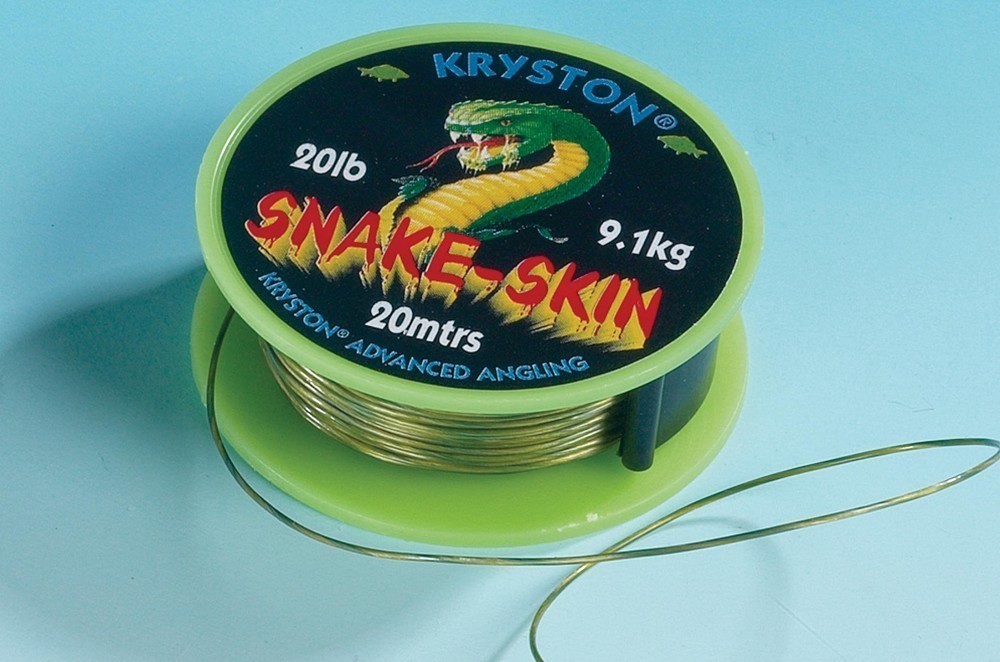 Kryston head honcho, Dave Chilton had a huge impact on the rig scene, but perhaps his biggest contribution was the development of a range of innovative hooklinks. Legend has it that Dave stumbled upon one of his early offerings, Multi-Strand, in a skip! However, it was actually discovered, that chance encounter set in train a chain of developments that eventually gave us our first coated braid, Snake-Bite. It wasn’t the first coated material, that accolade goes to Dave’s Snake-Skin material, which had the aforementioned Multi-Strand at its core, but it was certainly the most important hooklink that Dave developed. No longer would we have to knot two materials to get that combi-rig effect. 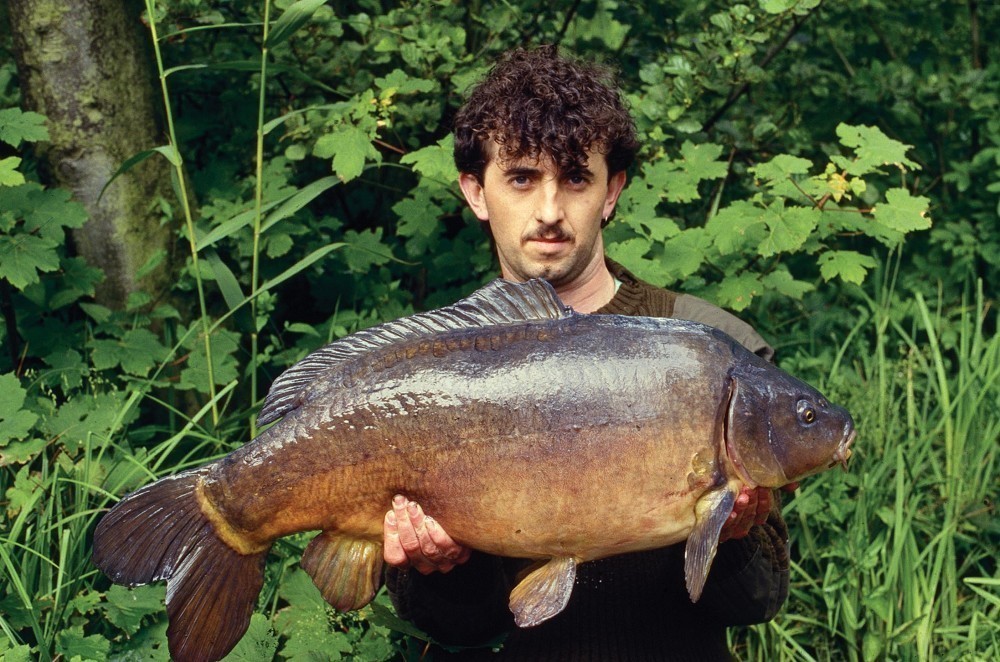 That most innovative of carpers, Frank Warwick, remains largely uncredited for this rig, which itself has seen barely any press coverage, despite playing a pivotal role in the invention of one of the most effective rigs ever. The Short Rig, in essence, was a forerunner of the mighty Chod Rig, running as it did, on the leader. Frank devised it for fishing over silt, and due to its free-running nature, the Short Rig would fly up the leader, allowing the lead to plunge into the silt without hindering the presentation of the rig. When the young Terry Hearn saw Frank using the Short Rig on Manor Farm Lake, at Linear Fisheries in the late 1990s, he had the final piece in a jigsaw that allowed him to develop the Chod.

We have Terry Hearn (largely) to thank for the development and popularisation of what is probably the classic big carp rig, however it was conceived thanks to a collaboration on the banks of that melting pot of big carp angling, Yateley. Terry had seen an embryonic version of what would become the Hinge being used by Alan Welch and Andy Kidd. He liked what he saw and, along with Lewis Read, set about tweaking and refining the set-up until they had a super-effective pop-up rig that was nearly always ‘fishing’ for you. Terry and Lewis eventually added the swivel to the hinge assembly (it was previously a rig ring), giving the hookbait that all-important ability to spin and catch hold, as well as sourcing the best components to make the rig work so much better, including the now-legendary Drennan Continental Boilie Hooks! 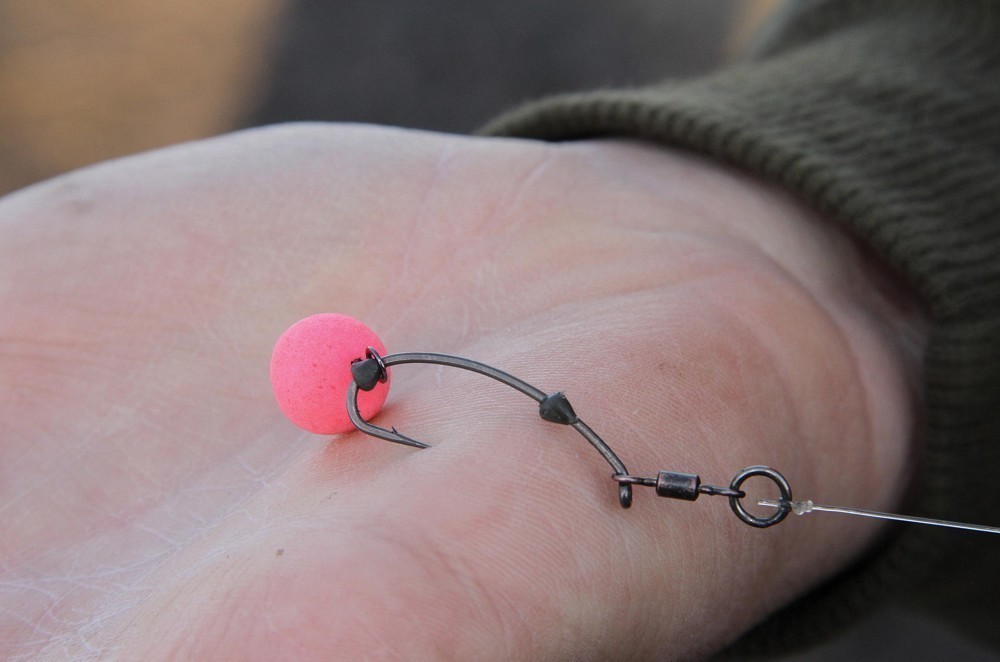 You thought that Dave Lane was all about the location skills, right? Well, that’s nearly right; he’s a master at finding carp, but he doesn’t mess around with just any old presentations when he’s on ‘em. Much of the time, he can be found using a rig that he’s credited with inventing; a set-up that’s as controversial as it is effective… the 360. Back when Fox released the Series 5 hook, Dave was quick to seize on its hooking potential and made it the heart of his new set-up: the 360. It’s a superb big fish rig, and Dave was to tweak it further down the years, even releasing his own pattern under the JRC Connect label. It had a bad rep for snagging in the net when in the hands of the inexperienced, which led to its use being prohibited on many waters. When used correctly (Dave overcame the issue of snagging with a small piece of shrink tube over the hook eye), it’s a devastating set-up, which certainly led to the development of the Spinner, or Ronnie. 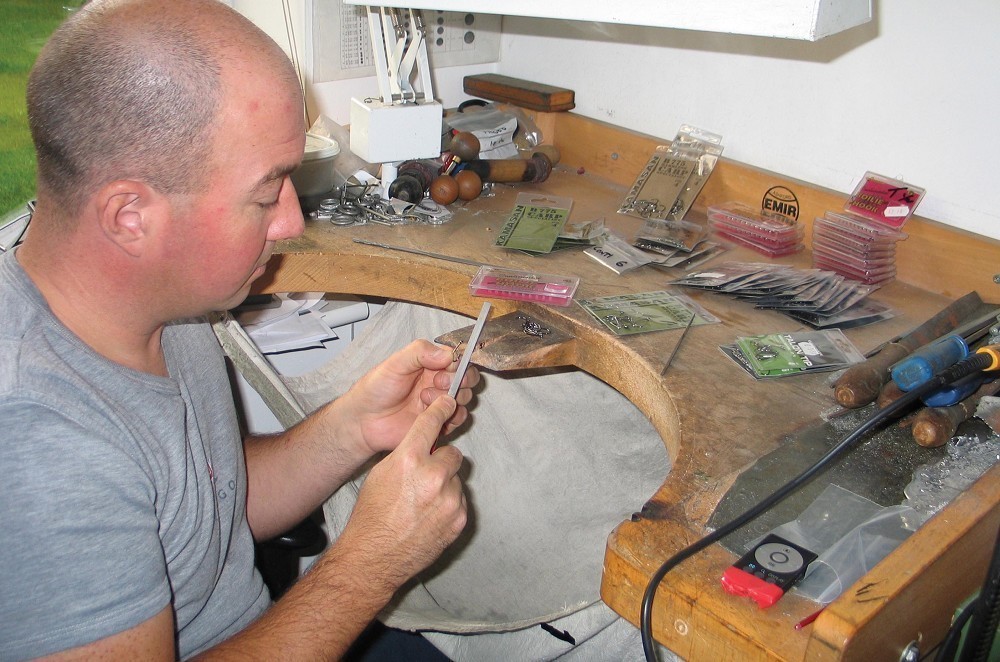 10. Jason through the eyeglass

Anglers have always sharpened their hooks, right? Well, yes. Perhaps largely because hooks back in the day were far too blunt to catch anything with, let alone once they were embedded in a potato (to say nothing of hand-sharpened neolithic fishing hooks!). One man however, took hook sharpening to a whole new level, and that man was Jason Hayward. Initially, he kept his deadly techniques to himself and a chosen few friends… at least that was until we revealed his most effective secret edge on these very pages. Ever since that day, hook sharpening has become more and more widely used, culminating in the bewildering choice of hand-sharpened and machine-sharpened hooks now available to the consumer!

How To Tie A Greedy Pig Rig