A Chod with a difference

I first started using this unique presentation five-years-ago, while I was targeting a pressured day ticket venue in the depths of winter. At the time, hi-viz pop-ups fished with Chod Rigs were responsible for most of the captures. Over the course of a month, lots of the lake’s pressured residents fell to the rig and, before long, everybody on the lake was using it.

As the winter approached, the fishing got progressively harder and the Chod gradually seemed to lose its effectiveness. In the past, while targeting busy venues, I’ve found that carp can quickly suss out a rig, or presentation, if they encounter it on a regular basis. It was apparent that the carp had sussed the Chod so I needed to get back to the drawing board and review my approach. 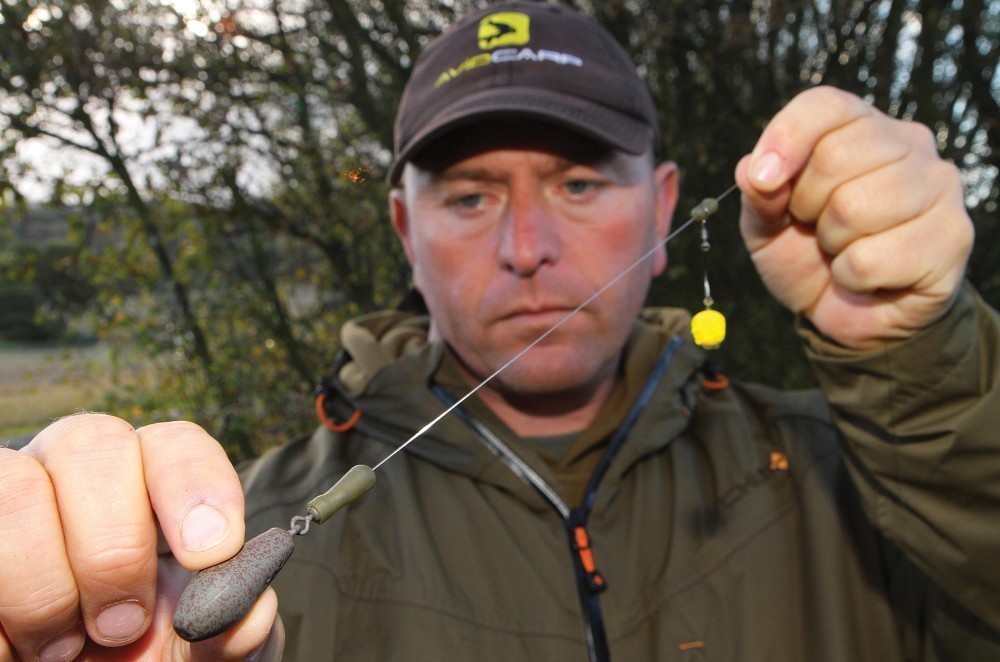 Because a lot of the bites came from casting into showing fish, I was keen to stick with the helicopter-style set-up so that my rig would sit perfectly wherever it landed. Most anglers were using longish Chod sections, so it made sense to try something a little shorter. On pressured venues, the smallest tweak can be the difference between catching and blanking.

After a bit of thought, I decided to try a 360-style presentation instead of a conventional Chod boom. I’d heard stories of numerous big fish anglers using the presentation to good effect, especially when targeting super-riggy carp. 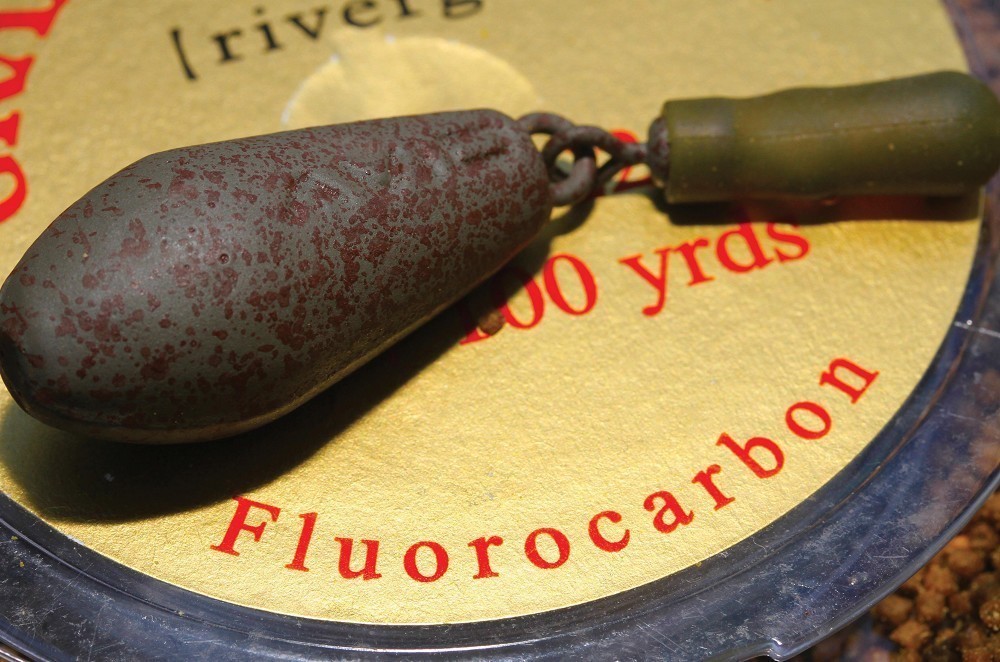 I prefer to use fluorocarbon straight through

As most of you may already know, the 360ş Rig was designed to give greater movement and, as its name suggests, the hook can rotate 360 degrees. Because of the flexibility of the rig, the hook spins and nails the carp even when they’re feeding with caution. Although the concept of the new presentation was not too dissimilar to the Chod, it’s often these minor changes that can be the difference between catching and blanking. Whilst other anglers were struggling, this minor tweak was allowing me to catch consistently even when the conditions were poor. 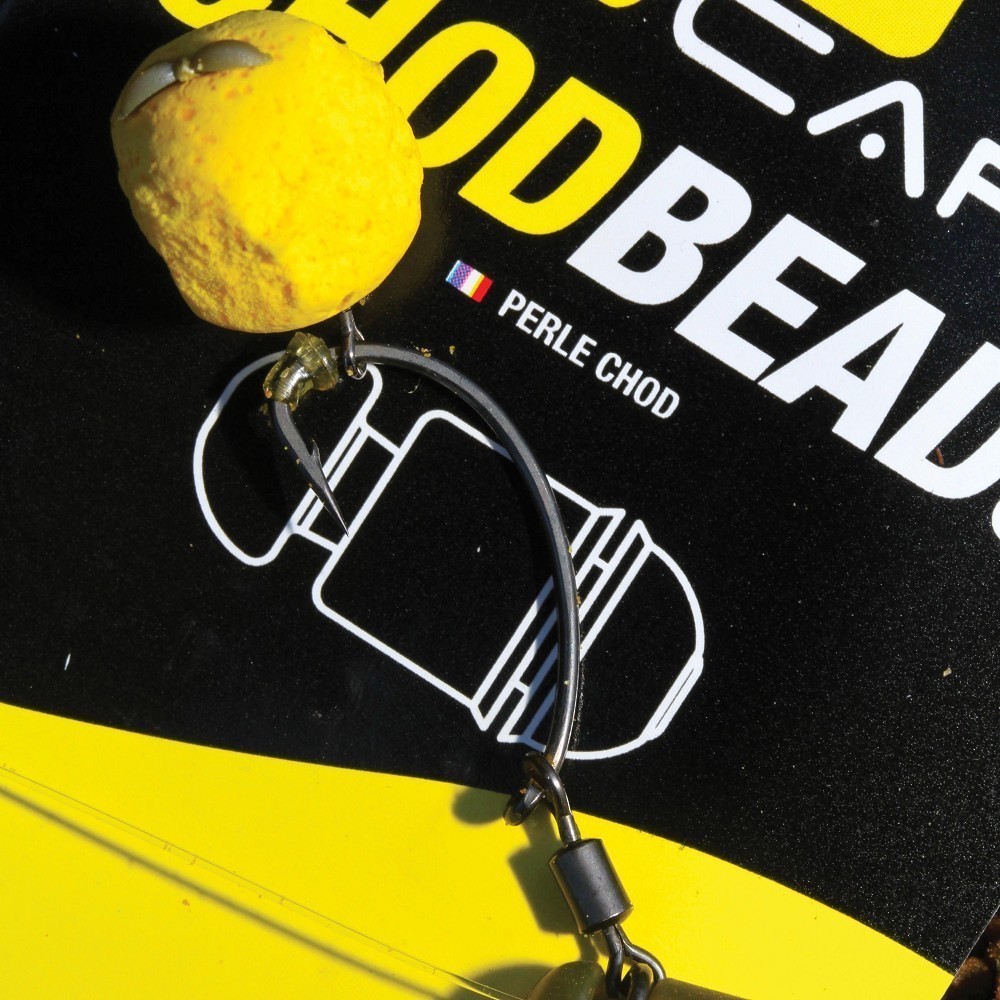 The 360ş Rig held in position with an Avid Chod Bead

I caught well on this unique tactic for a few weeks but, as the temperature plummeted, it became harder and harder to nick bites. I knew that the fish weren’t ejecting my rig, I just needed to give them a reason to pick up my hookbait. The carp weren’t interested in gorging themselves on big beds of bait, so I needed to introduce maximum attraction with minimal food content. I tried dipping my pop-ups in liquid before casting out, but I didn’t feel that it was enough to draw the carp towards my hookbait.

After a little bit of thought, I came up with an idea that I was certain would pull the carp towards my hi-viz pop-up. I’d used oil-based liquids inside my solid bags before, in a bid to draw the fish down to the parcel of attraction. So, I started tying solid bags around the lead on the end of my fluorocarbon leader. I knew from experience that pellets and groundbait were the best baits to use inside the bag because they really take on the oil. 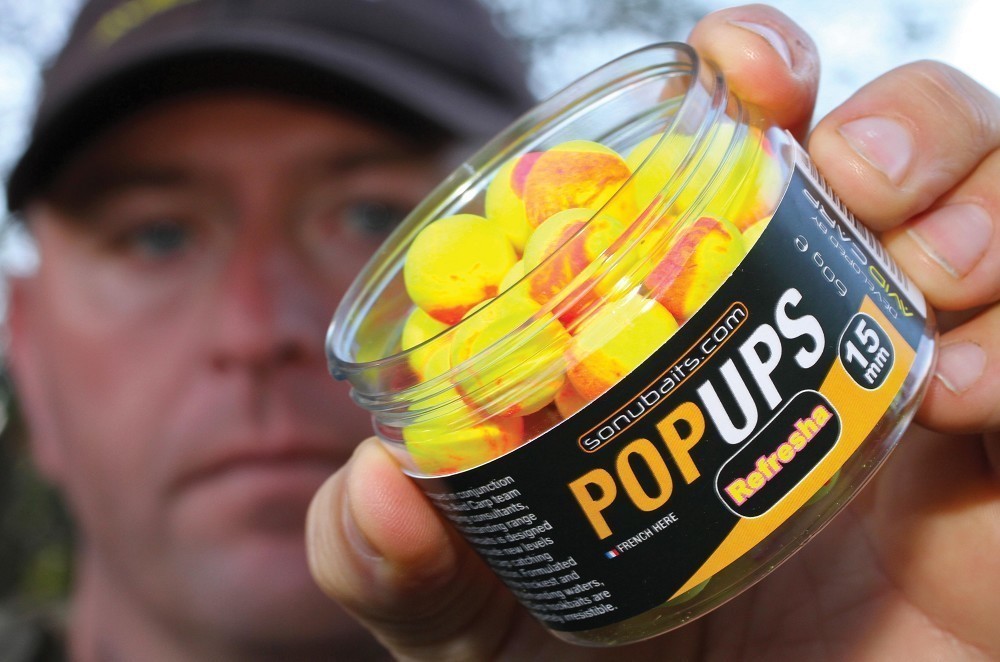 To add more attraction to the set-up, Chris uses a hi-viz pop-up

Hemp oil really soaks into the pellets and groundbait, if the bag is left to stand for half-an-hour before casting. Because oil is less dense than water, it will rise to the upper layers constantly and there’s no reason why the contents of the bag won’t release an attractive slick into the upper layers for up to 10hrs. The idea of the solid bag wasn’t to feed the carp; instead, to draw them down towards my hookbait.

As soon as I started using the approach, the results were astounding. 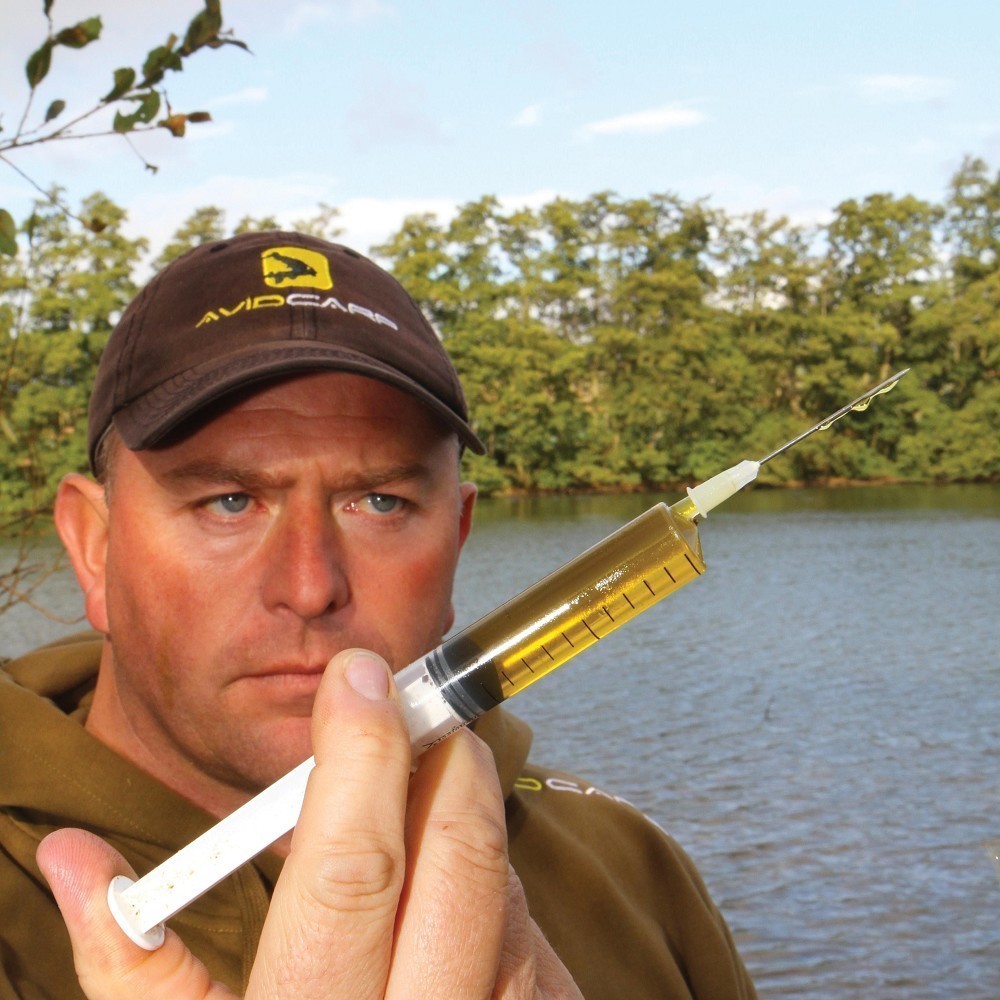 The combination of the 360ş Rig and the injected bags really seemed to fool the pressured carp that I was targeting. In the first session using the approach, I managed to catch the venue’s largest common. From then on, I’ve incorporated this approach when I’ve been casting single hookbait fishing on pressured venues. 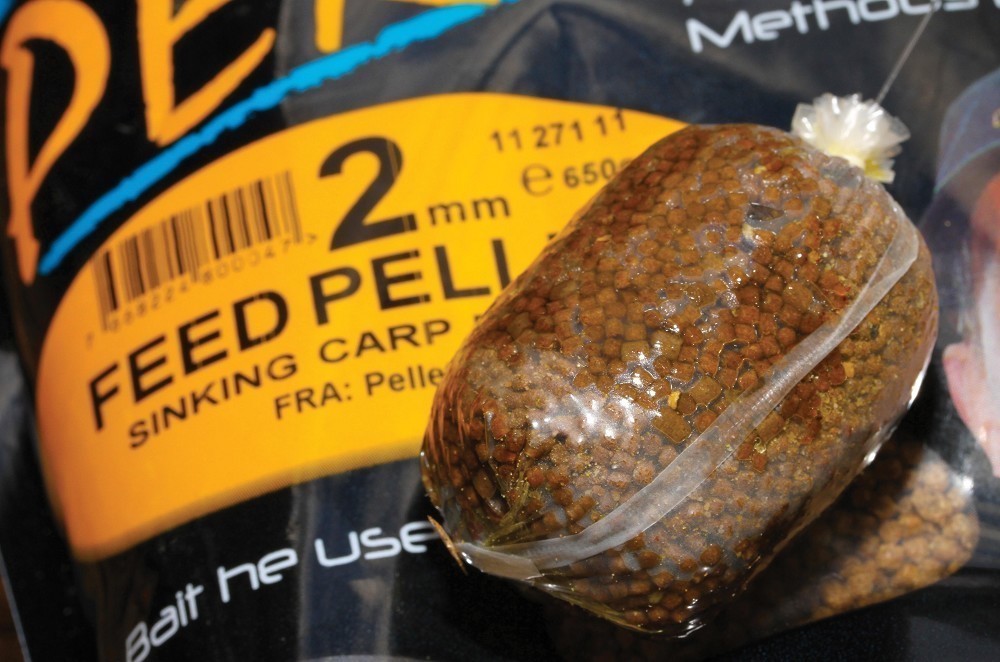 The completed bag ready to cast

Since that winter, I’ve tried using the presentation when I’ve been fishing over a whole host of different baits. During the spring and autumn, when I’m fishing over large beds of boilies, this rig really comes into it’s own. The oil leakage draws carp from huge distances towards the baited area. 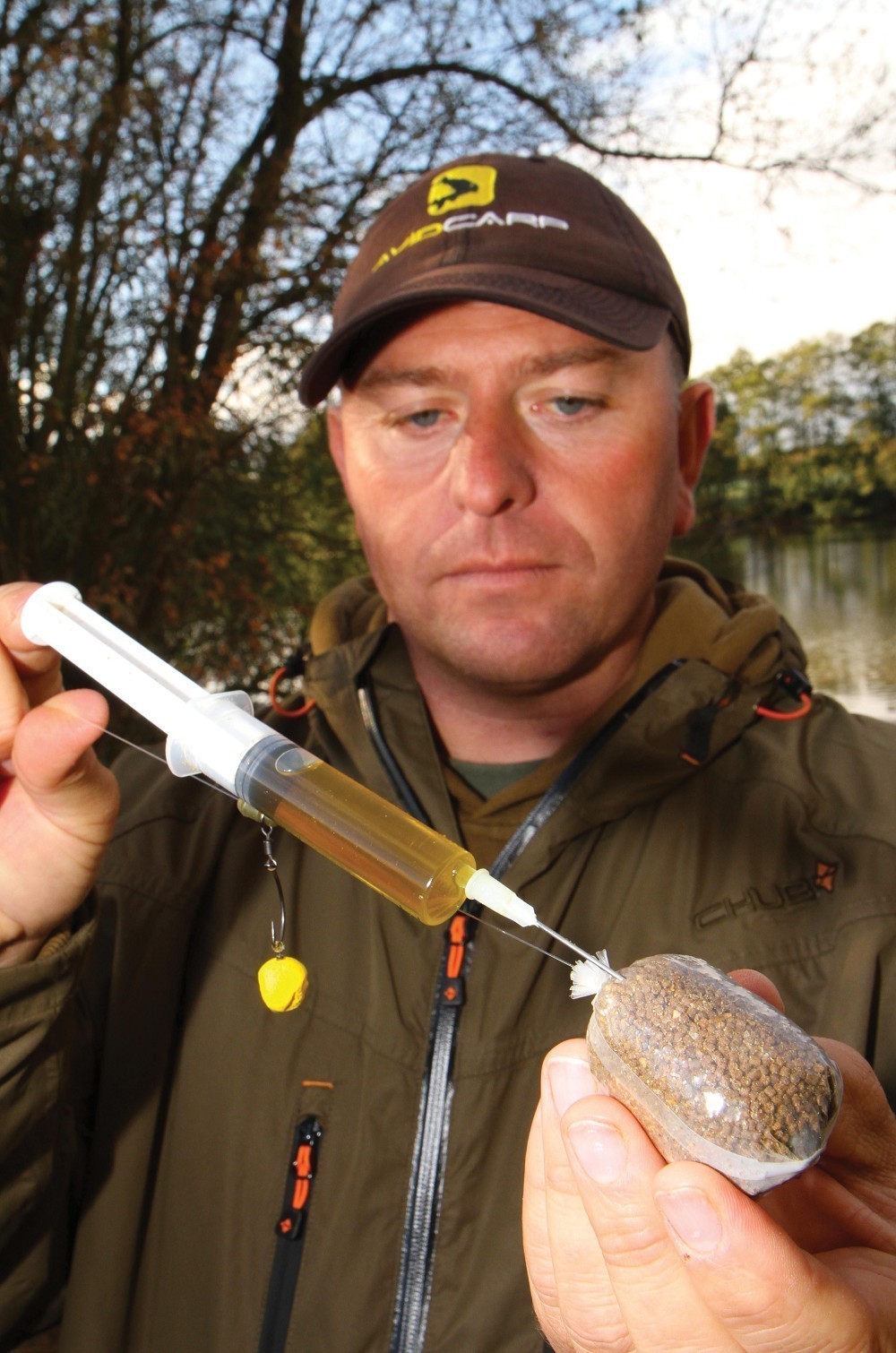 I can guarantee it’s totally different to what everyone else is doing. It’s allowed me to catch a lot more carp, from a lot of tricky circuit waters. To be honest, I think it’s a lot more versatile than the Chod and, under the correct circumstances, it’s much more effective.

First trip out with the new rig/set-up and Chris nails a 34lb 12oz common!

When should you use a Hinge Stiff Link over a Chod Rig?

How to choose the right rig