Are you a patient angler? I’m not. It’s why fishing lower stocked venues where everyone winces every time a twig snaps isn’t really my usual scene. Though it’s not the fishing that puts me off. I’m quite happy to sit on my hands when I know I have to, but I don’t enjoy it. I tend to find that certain venues require more observation and less activity. More watching, less doing. Others are more about reacting as quickly as you can. Same amount of watching, but you’re responding to everything you see. A rod goes here, then there, then somewhere else. Many anglers are good at that. I like to think I am. But breaking out of those habits for more difficult venues can be a real mind-bender.

Yes, you might put a rod where you’ve seen a fish show, but not right away. You’re more likely to investigate that area when the carp aren’t there – so you know more about what to do the next time the fish are up to the same tricks. And when you do put a rod there, it’s more likely to be on a set-up that you know will land right, that can last sitting in that spot until you leave. Something that friends of mine delightfully describe as ‘unscrewable’. A bit like a ropey looking bird, the rigs in question are usually ugly as hell. Adam Penning uses the phrase ‘agricultural’ to describe rigs of this nature, which is just as apt.

There’s a lot written about rigs that ‘reset’ and they make sense. Although it depends what you’re trying to avoid in the first place. Some unscrewable rigs can be unpresentable over certain lakebed types. It’s a balancing act. And it’s something the better anglers suss out really quickly.

A good friend of mine, Roy Russell, uses a set-up called the Blowback Chod that is just about as unscrewable as it gets. I have only used it once and I caught on it once, as it got around a set of circumstances I wasn’t particularly used too.
The Chod was the obvious choice but you know that’s what everyone would chuck out in that swim, to that area, and the carp aren’t that stupid. But little tweaks to that formula can often be rewarded and this was a great case in point.

If you’re after older fish on venues that get hammered all the time, then a rig that presents itself well and can be left in situ can be a good thing. Even better when it’s mechanically sound. Having the bait swivel running on the hooklink rather than the hook is like using a size 3/0 hook that still has the super sharp point of those size 5’s we all know and love. One big curved hook that gives the fish what for. “‘Ave summa’ that!” as fellow Ian Russell would say. 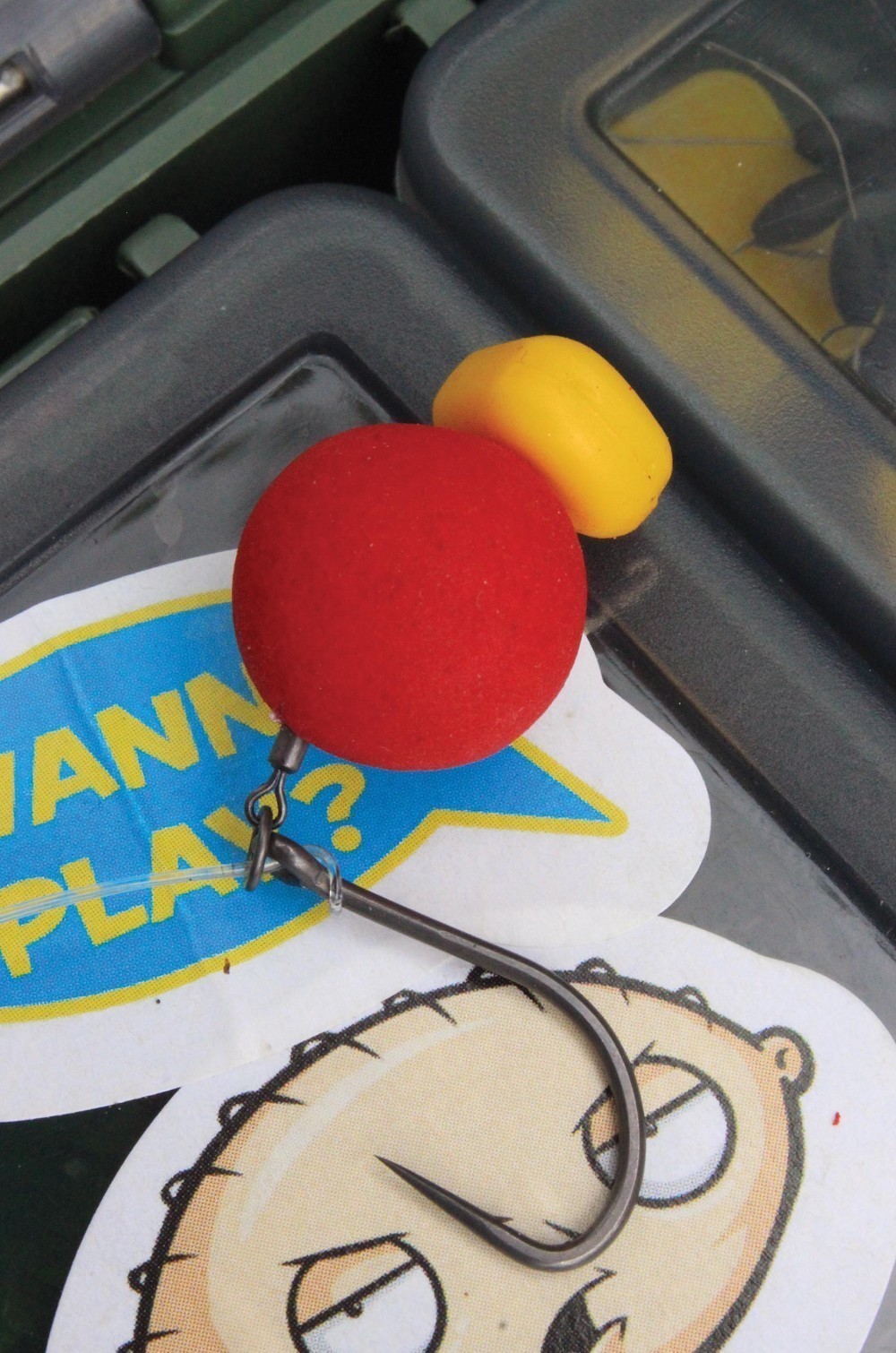 By doubling the hooklink over, the knot at the eye of the hook is much neater. It also allows for more angle adjustment with curved Chods.

I’ve seen the Blowback Chod used by a few lads fishing the very pressured and difficult Shropshire syndicates, often in conjunction with the bungee style ‘hopper’ set-up discussed in issue 148. To tie it, you need all the same stuff as you would to tie a Chod: a bit of Captive Stiff Rig Filament, a good Chod hook, ring swivel and bait swivel. The difference is the hookbait runs on the rig rather than in a ‘D’ loop. 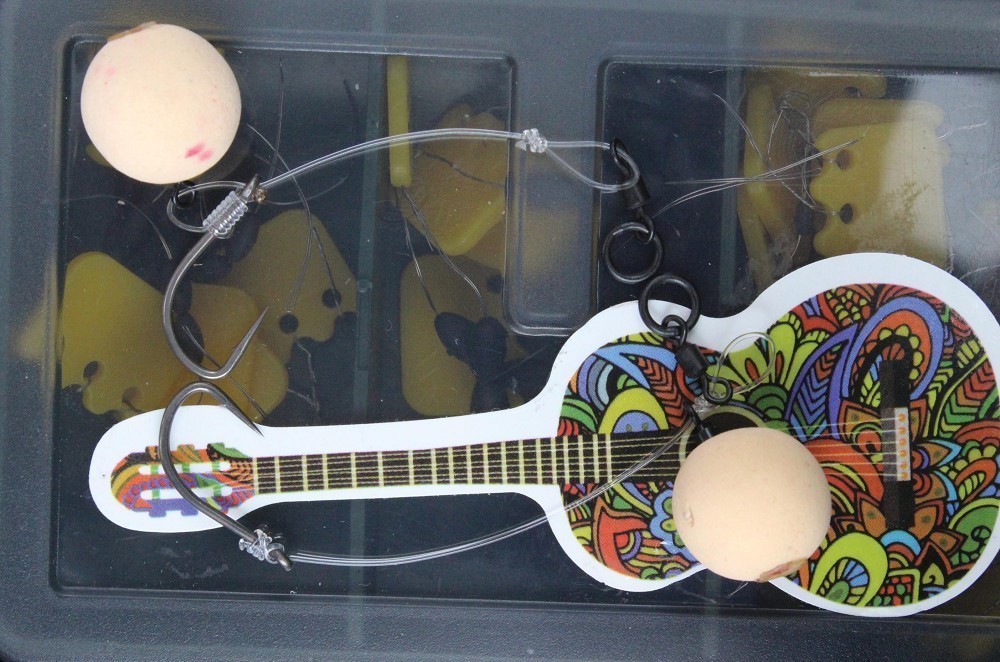 Here’s the blowback difference between the two rigs. One is on a leash, in the ‘D’ loop. The other can blowback to the swivel

It’s something I’ll be exploring more as I endeavour to catch a few originals from the ultra tricky waters in the area… If I can bring myself to take off my German Rigs, of course. They’re pretty unscrewable too! 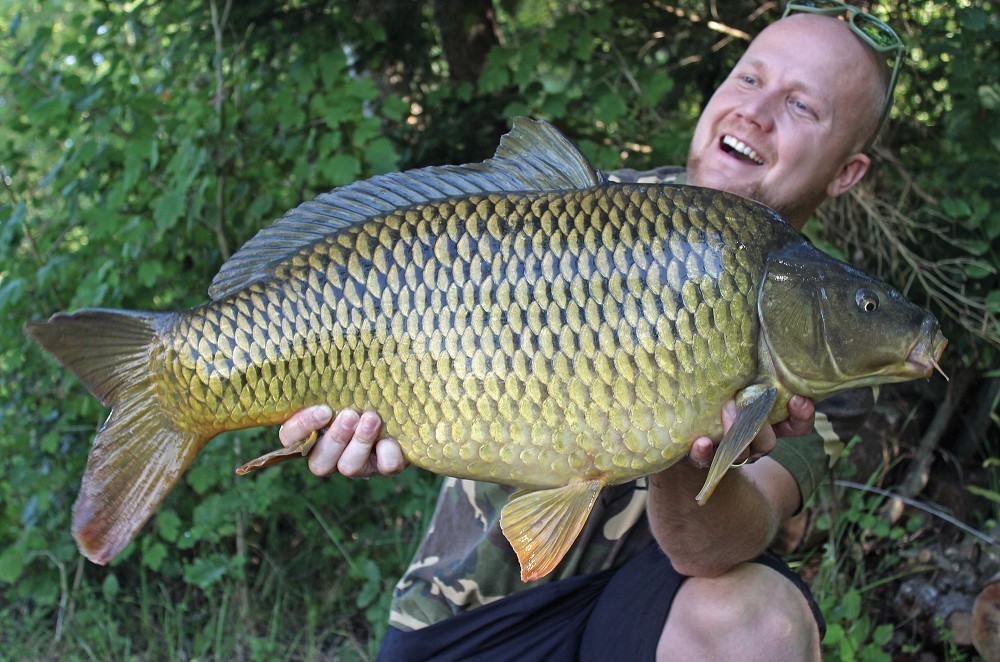 We had a real issue with small carp in Austria. An unscrewable rig was a must!