A sudden uplift in captures never goes unnoticed – and this is a set-up that’s totally dominated the venues where it’s been tried. For those in the know, it’s only ever been known as The Hopper…

That headline will turn a few heads, right? The Biggest Chod Rig Edge Ever? Really? Well, yes, actually. For the anglers using this particular arrangement the results have been incredible. It’s torn apart some of the busiest and most pressured venues up here in Shropshire/Staffordshire, and for good reason too. It’s a Chod Rig that pulls back. 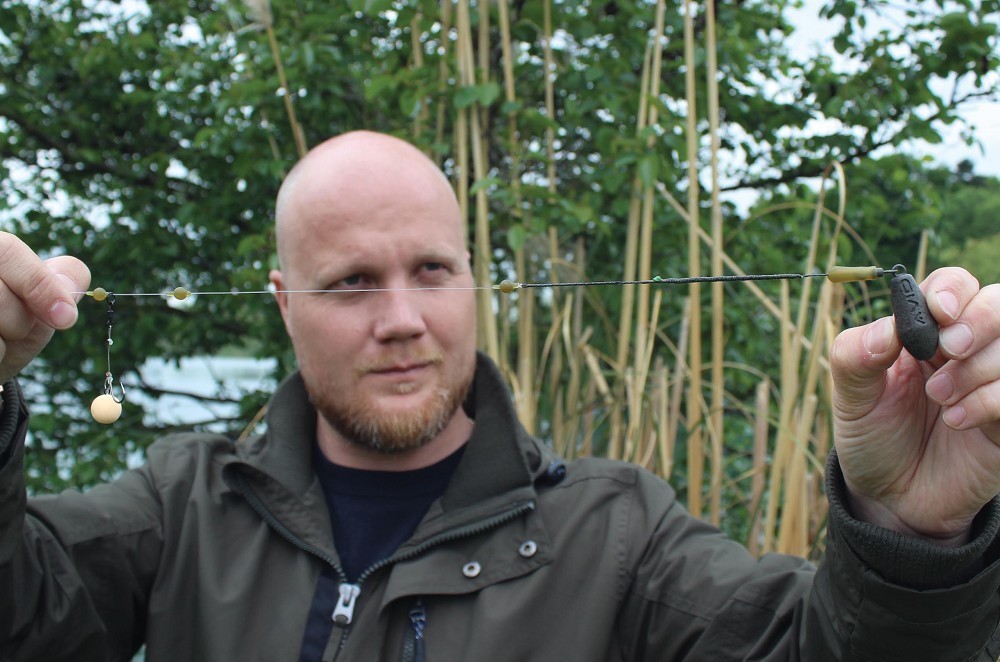 The perfect combo
This elasticated element, combined with a wafter hookbait, has made average anglers look like Ian Russell with the numbers of fish they’ve caught.

Fished together
When fished in conjunction with a fluorocarbon line and the two ‘stopped’ beads for the Chod close together, it’s a Chod Rig that’s virtually self-striking!

Bunched up
By ‘bunching’ the leader material, the elastic inside can stretch to the full length of the bunched section. So a two-inch bunched section with elastic through it actually stretches around six- to eight-inches.

Initially a few anglers started using the Naked Chod with a power-gum boom below. It provided some elasticity so the Chod pulled back a bit. This, I’m told, was called ‘The Hopper’. The downside to this was the range it could be cast. Or rather, the limitations of that range. It’s not really safe to use that particular arrangement over a certain distance, so I won’t recommend it for that very reason. The way around the problem, and a new solution with more benefits, is to thread elastic down Avid Carp’s Pindown leader material. By ‘bunching’ the material, the elastic inside can stretch to the full length of the bunched section. So a two-inch bunched section with elastic through it actually stretches around six- to eight-inches, pulling back quite nicely as it does so.

Most of the lads use Avid Marker Elastic to achieve this, doubling it over for the optimum levels of stretch. To fix it in place, you thread the Pindown through the bottom of the doubled over loop one end and use a few Granny Knots the other end to stop it pulling back through the Pindown. One stretch is all it took for my eyes to pop out of my head when I was shown it for the first time. For Naked Chod fishing, I fish with a small boom at the end of the line anyway, so the lead is not next to the fish during the fight, so using this elasticated set-up meant my rig pulled back at the point of contact with the fish – a colossal edge over other anglers fishing the Naked Chod in the standard way.

I’ve found the Naked Chod to be amazing in weedy conditions, but the carp do ‘get away with it’ a lot using it in the standard way. Having the elasticity just takes that away from the fish, there is tension right away even on the slackest of lines – the difference is massive.

The guys using this set-up won’t thank me for publicising it here, but it still needs to be tied correctly to work best. I’ve set it up badly a few times myself and it isn’t so much of an edge, but when you get that optimum level of stretch, when you fish it on a fluorocarbon line with the two ‘stopped’ beads for the Chod close together? Wow! You’ve got something the fish do not know how to deal with. It’s a Chod Rig that’s virtually self-striking. 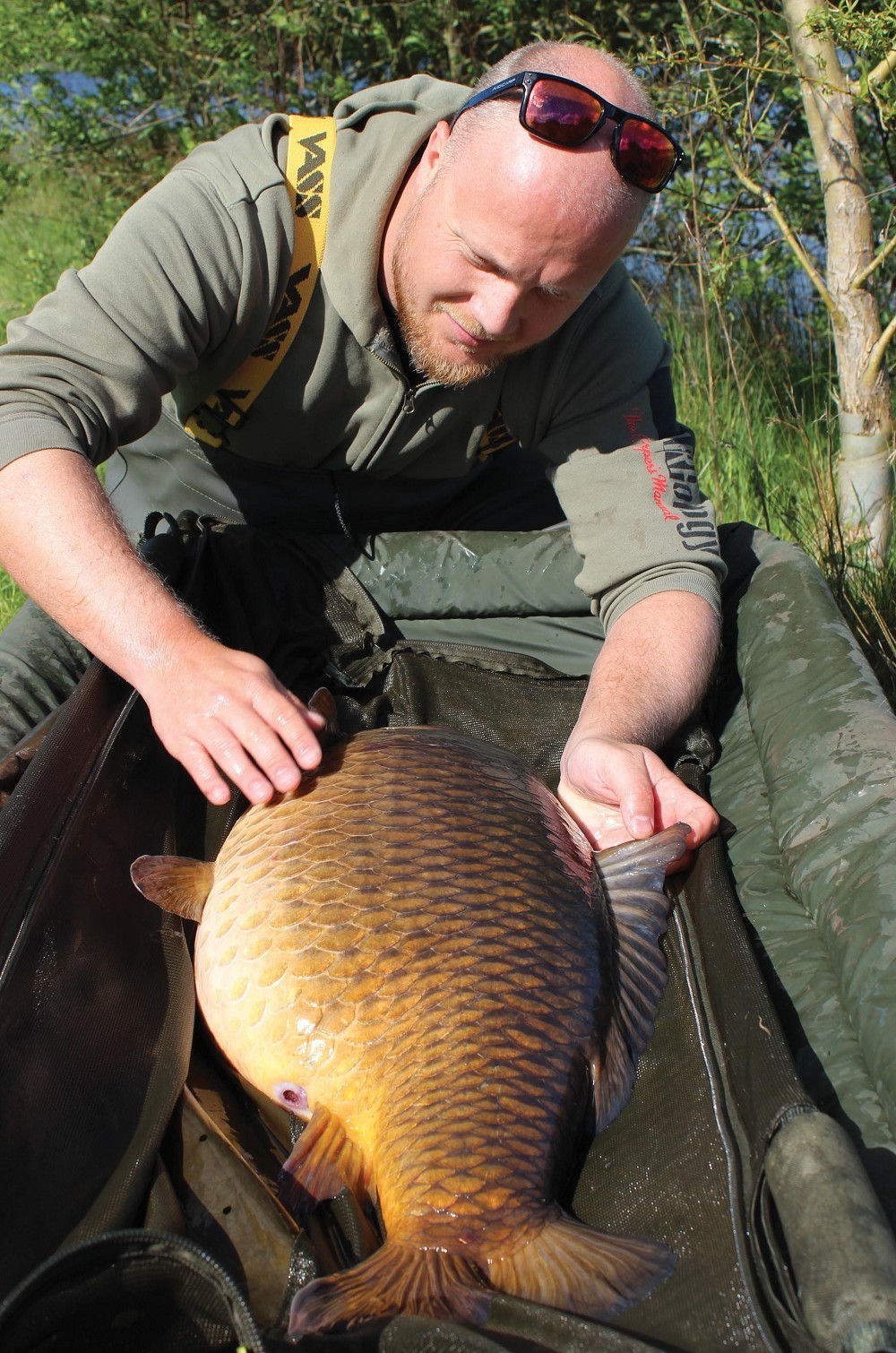 Another mid-thirty from Baden

Now you may hear about it as ‘The Hopper’ but it’s my understanding the elastication was only part of this set-up, and not the reason why the rig was called ‘The Hopper’ in the first place. In fact, it was because the angler was using an extreme curved Chod, with a wafter, so the hook bounced around on the bend, ‘hopping’ around a baited area when the fish were there. If a fish picked up the bait, it worked like an extended hook would on any other rig, like the ‘shot on the hook’ rig, for instance. That combination of edges resulted in complete and utter domination of the busiest RH Fisheries syndicates for a couple of years. You can’t ignore that.

Since, I’ve known anglers using it on the weedy meres and on some of the busy day tickets and it’s worked equally well. Indeed, in some instances it’s made average anglers look like Ian Russell with the numbers of fish they’ve caught. It’s been impossible to ignore.

I know that at the end of reading this you’ll have a play with this set-up and maybe even find a tweak or two that elevates it to the next stage of effectiveness. There are a few other set-ups that involve this fantastic concept, but everybody’s got to have some secrets, right? That’s why this set-up, as good as it is, isn’t actually the Biggest Chod Rig Edge Ever… 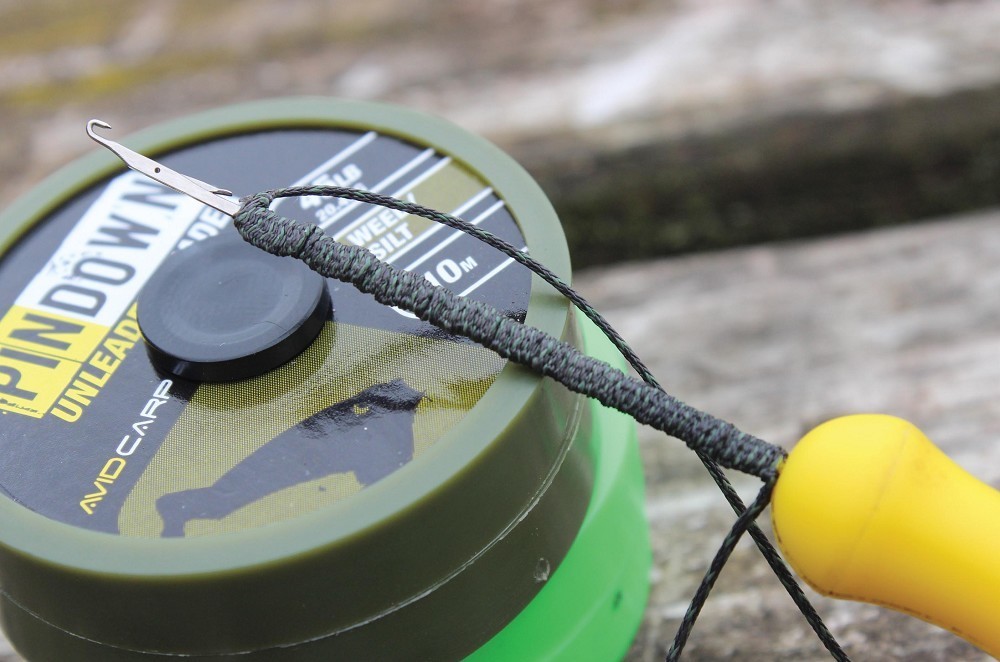 1. Start by threading as much Pindown onto a splicing needle. Bunch it all up as much as you can. 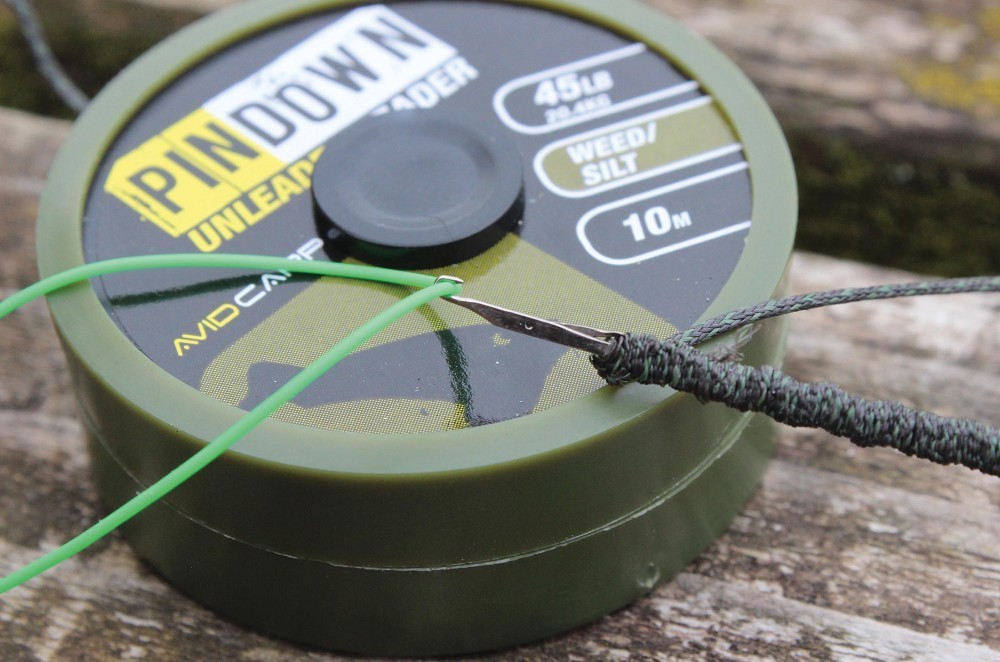 2. Now double over a piece of marker elastic and thread through the bunched up Pindown. 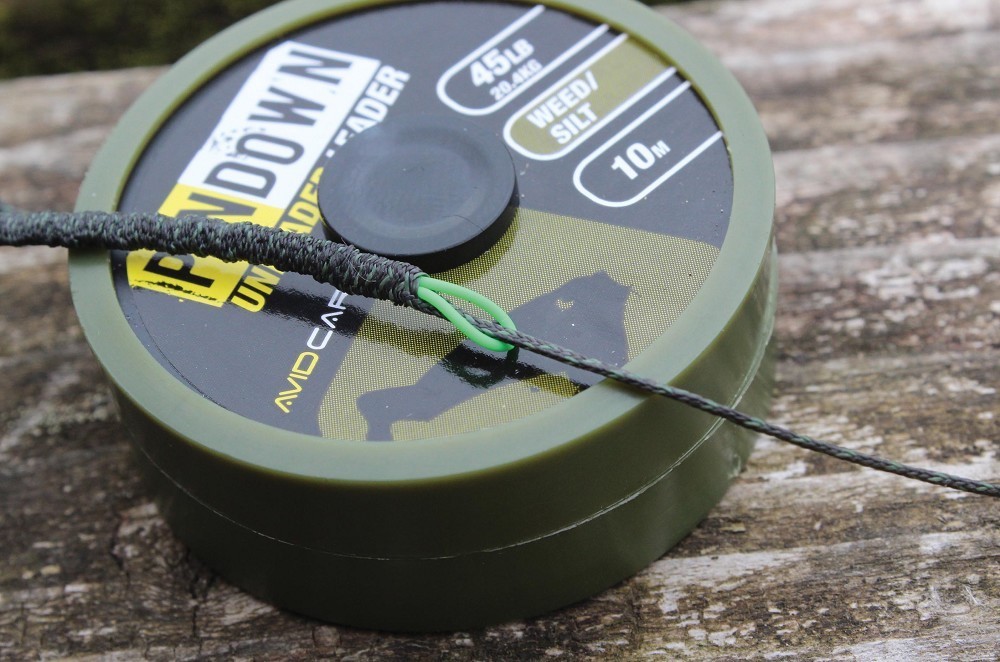 3. Leave the loop like this and thread through the tag end of the Pindown, it will stop it moving. 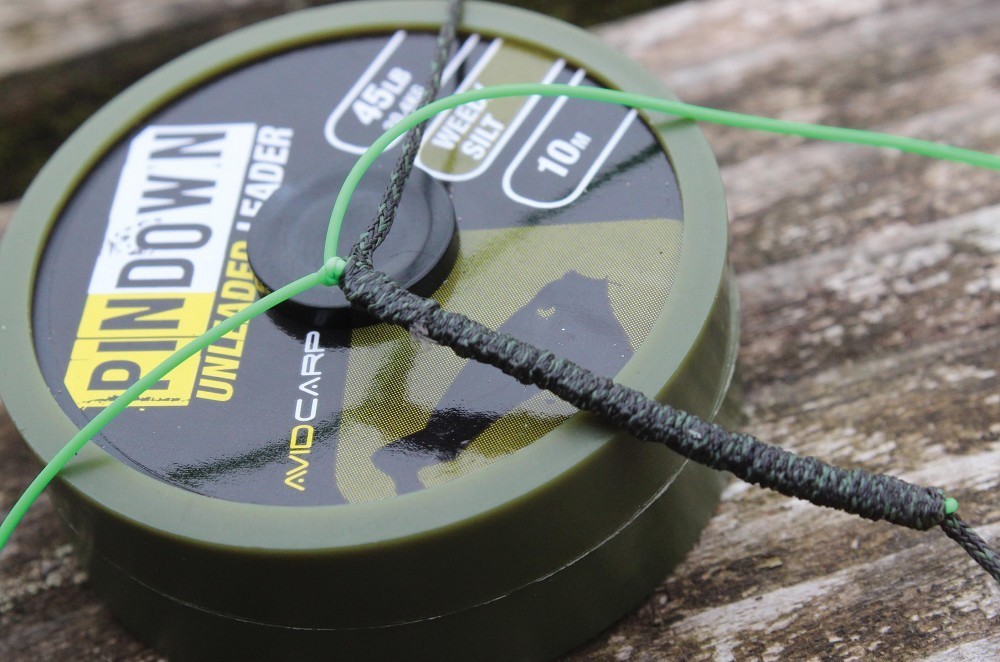 4. To stop the other end moving, tie a few Granny Knots and tease them down. Trim the tag ends. 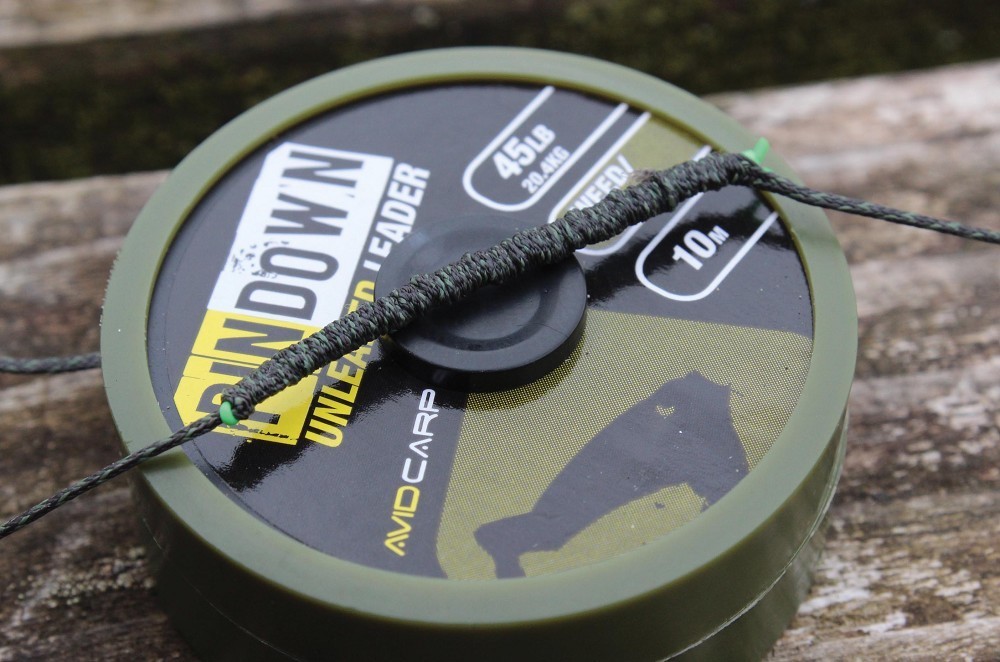 5. This is the finished bungee section. You can cover the Granny Knot end with silicone tubing. 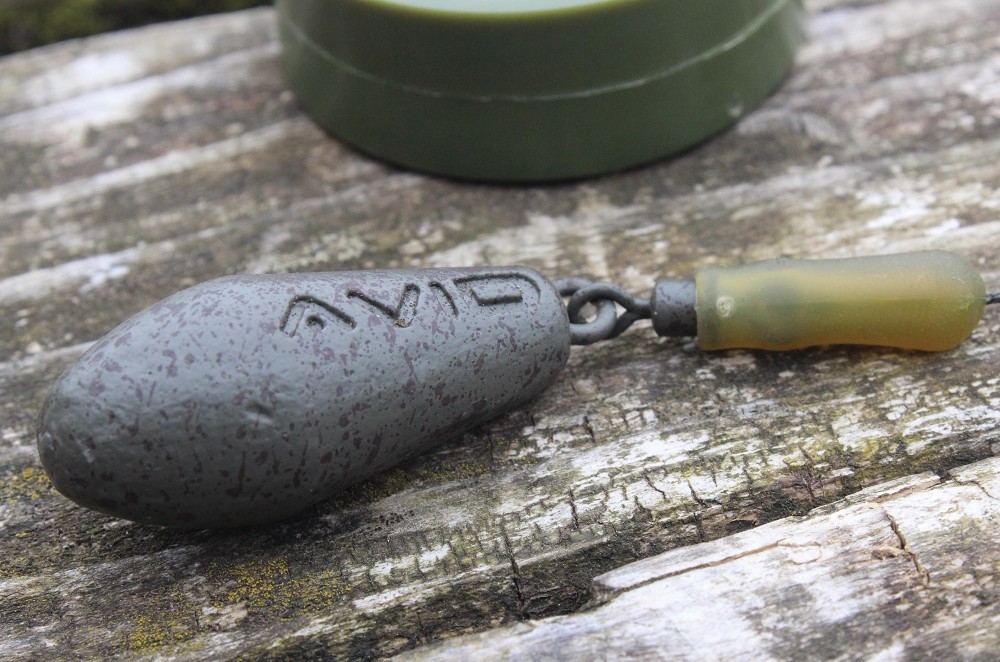 6. Next attach your chosen lead and buffer, as shown here. That’s the easiest bit, right? 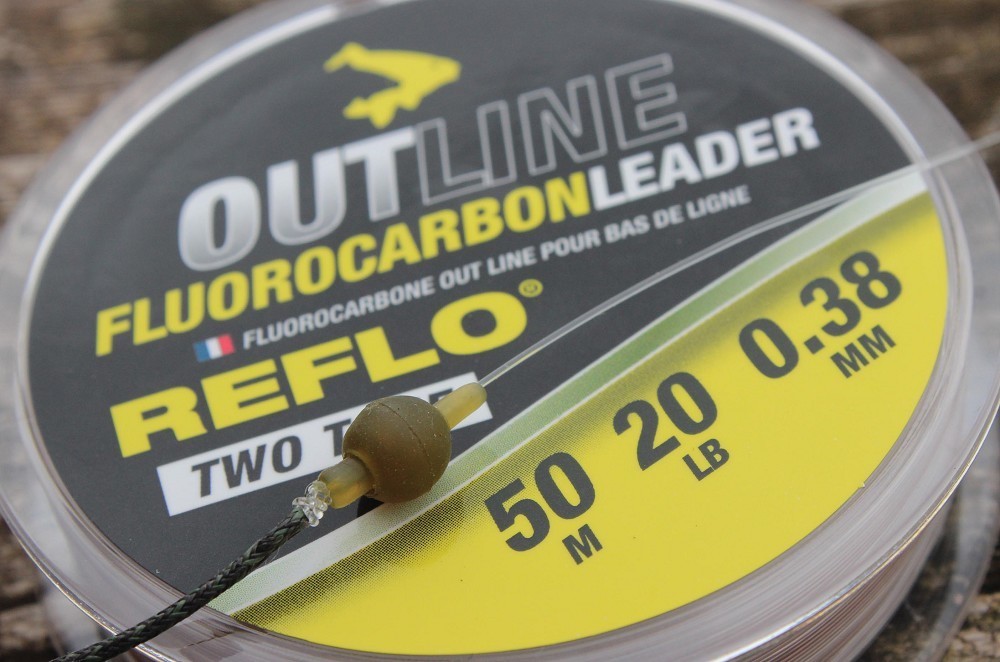 7. Splice the other end of the Pindown and tie a fluorocarbon leader for a Naked Chod presentation. 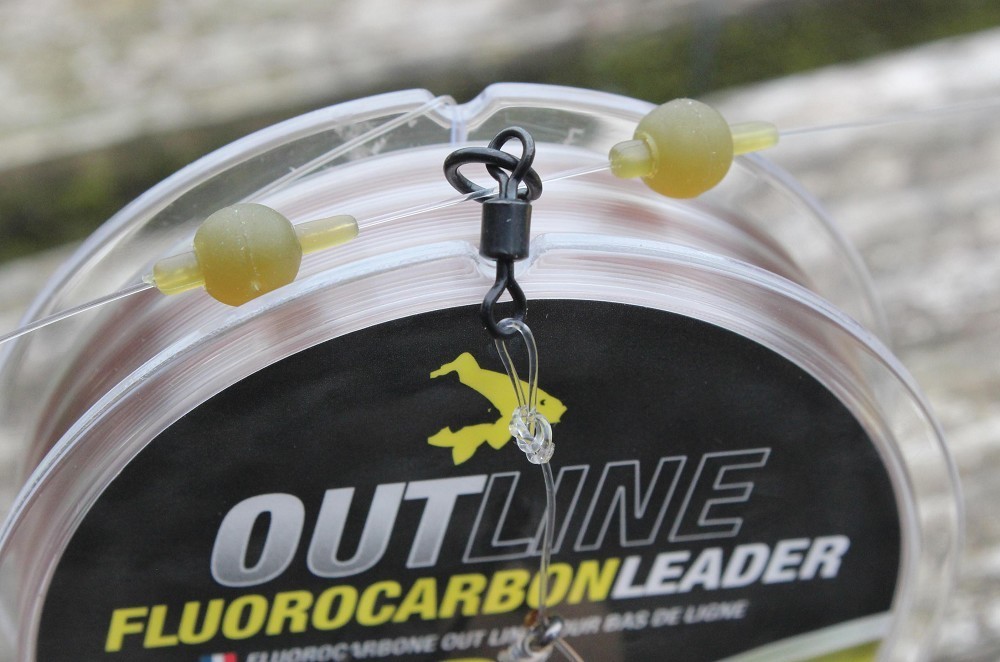 8. It’s important to have two Chod Beads close together, to get the best from the ‘Hopper’ bungee. 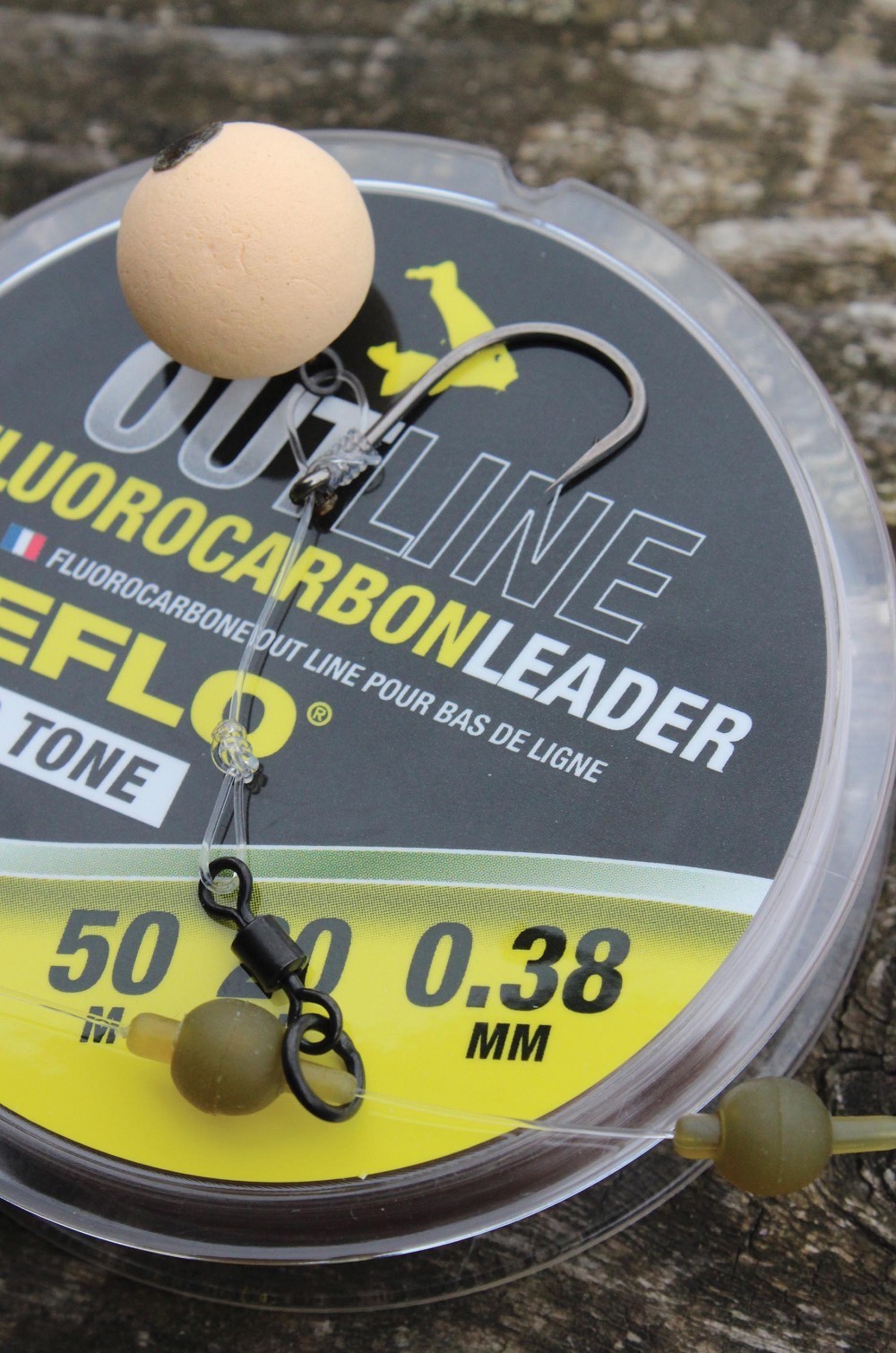 9. This can be fished with a pop-up or wafter. The ‘Hopper’ gets its name from being used wafter style.

When should you use a Hinge Stiff Link over a Chod Rig?

How to choose the right rig