Terry Hearn offers his thoughts on improving a rig's performance

Do you believe having items such as rig rings, mini rig swivels and pieces of silicone on the hook shank makes any difference to a rig’s performance? Do you really think they have an effect when you consider the speed at which the rig enters and exits a carp’s mouth?

I guess it depends which rigs you’re talking about, but with the better known ones such as Choddies, Hinge, Multi and 360ş Rigs, then yes, obviously things like rings and swivels are beneficial.

Whether on a ‘D’ or on the shank, rings help those rigs to work in a more efficient way, mainly by aiding separation of bait from hook on the eject. There’s still nothing wrong with a simple No-Knotted hook with the pop-up threaded on a Hair and a split shot pinched on the link, in fact, in some cases I still fish that way, particularly when using smaller, less buoyant 10-12mm pop-ups, but when it comes to more buoyant pop-ups of around 15mm the Hinge Rig still rules for me. 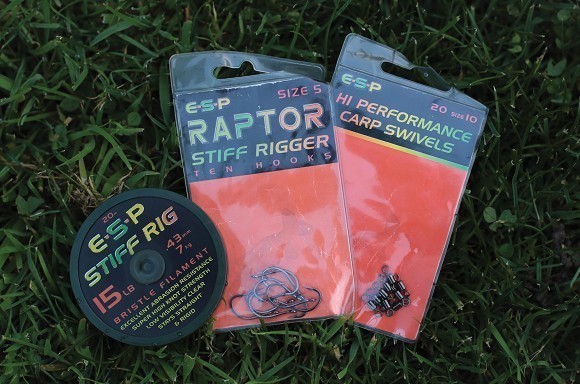 When I first started using Hinge Rigs I used to tie the pop-up section direct to a Medium Drennan Ring, which worked just fine. However, around the same time that I got my hands on the first prototype Stiff Riggers and the first samples of Bristle Filament, I started tying the pop-up section directly to a size 10 swivel instead, and in my opinion all of those things helped to take the rig from great to greater. Tying the pop-up section to a medium rig ring freely running around the boom sections loop was already giving it a good deal of movement, but replacing the medium ring with a swivel, especially the High Performance ESP ones, meant that the hook section now had a perfectly smooth 360 motion.

I remember doing talks and demonstrations at the carp shows and by dropping my Hinge Rig in a tank and swirling my finger round and around the pop-up without touching it, I could get the hook section to rotate with no movement of the boom section at all. No other rig could do that at that time, so yes, I think in some cases adding swivels, rings etc. does make a difference. 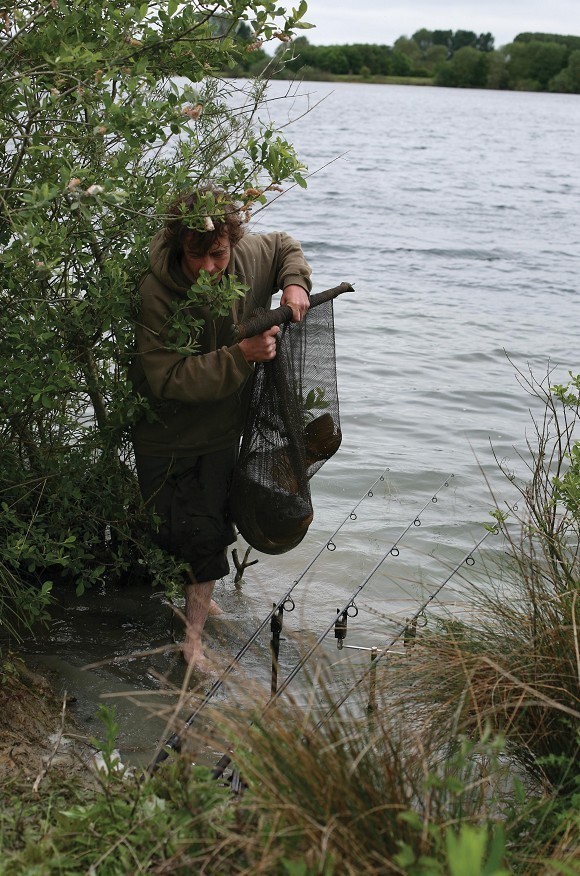 As for tubing, there’s times when that’s obviously of benefit too, such as when using a bit of shrink tube kicked over at the eye to aid turning, or a little section of silicone trapping the Hair at the bend when using heavy bottom baits. If those things didn’t result in more action or better hook holds then I doubt so many of us would be bothering to use them. Obviously there’s times when a rig has no need for tubing or any other gizmos, for instance, a simple No-Knotted bottom bait rig with the Hair whipped down level with the point, but in this case it’s still a good idea to use a hook with an in-turned eye, or a curved shank, as these patterns are already shaped in a way which aids turning.

Whilst on the subject of hooks, if you like a certain pattern, but the shape’s nearly there but not quite right, then remember it’s fine to tweak them to the exact shape you want with pliers. For instance, closing up the gape a touch, therefore putting a better angle on the point and improving holding power, or turning the eye in a bit more to improve turning. I’ve been tweaking my hooks since I first started carp fishing, and so long as you don’t go silly I can promise you that there’s no notable loss in strength at all.

Why is the helicopter set-up so good?

What's the next best thing compared to a Hinge Stiff Rig?

Is there such a thing as a wonder rig?

Why hook sharpness is so important

Why is it so simple?