We’ve all chopped and changed rigs over the years, but what have been the biggest shifts our pros have ever undertaken?

“For many years I played about a lot with rigs and spent many a day seeing how well they hooked (or didn’t in many cases) feeding fish. For me personally, the thing I noticed the most was that scaling everything down, just meant waiting around for longer, so I started using bigger hooks. Almost overnight, I started hooking lots of fish, but the biggest thing was how many more I was landing. Although I was catching a lot, when I was watching fish feed in the edge, part of me still wasn’t totally happy and I felt like I should’ve been catching more. It sounds silly, but I added a small length of shrink tubing and after steaming, just gave it a slight curve. I guess, really, I was just extending the length of the hook. That small change was what I believe took my rig to the next level and I can’t honestly remember ever watching a fish suck in and spit out my rig since.” 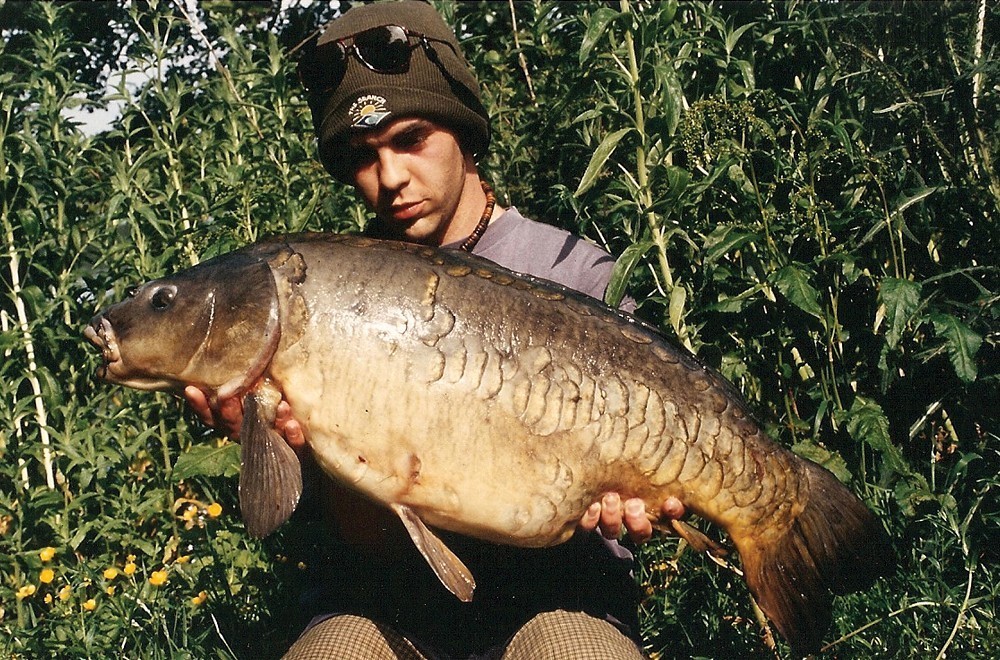 “For me, my biggest shift in my rigs was when I started fishing Redesmere back in the late 90s. Up until that point I had been using little light Jim Gibbinson style in-line set-ups, big stringers and that sort of thing but moving onto Redes forced me to reconsider everything I had been doing and make some pretty quick and drastic changes.

“Looking back, my first capture just ten nights in was the lake’s biggest mirror, taken on a Gibbo’esque set-up with a Paisley-inspired 25b Silkworm link, balanced bottom bait and a big stringer, on the end of a big wind in The Woods swims, the Plank actually. That was almost the only chance I ever got like that on there, and by the end of that summer, after realising short-range chances like that were few and far between, I had upgraded to big rods, shockleaders, big leads and was using coated links, long shank hooks and small 12-14mm bright pop-ups on blowback style arrangements… I had been absorbed, along with most others on there, into the Northern ‘Redes’ way. 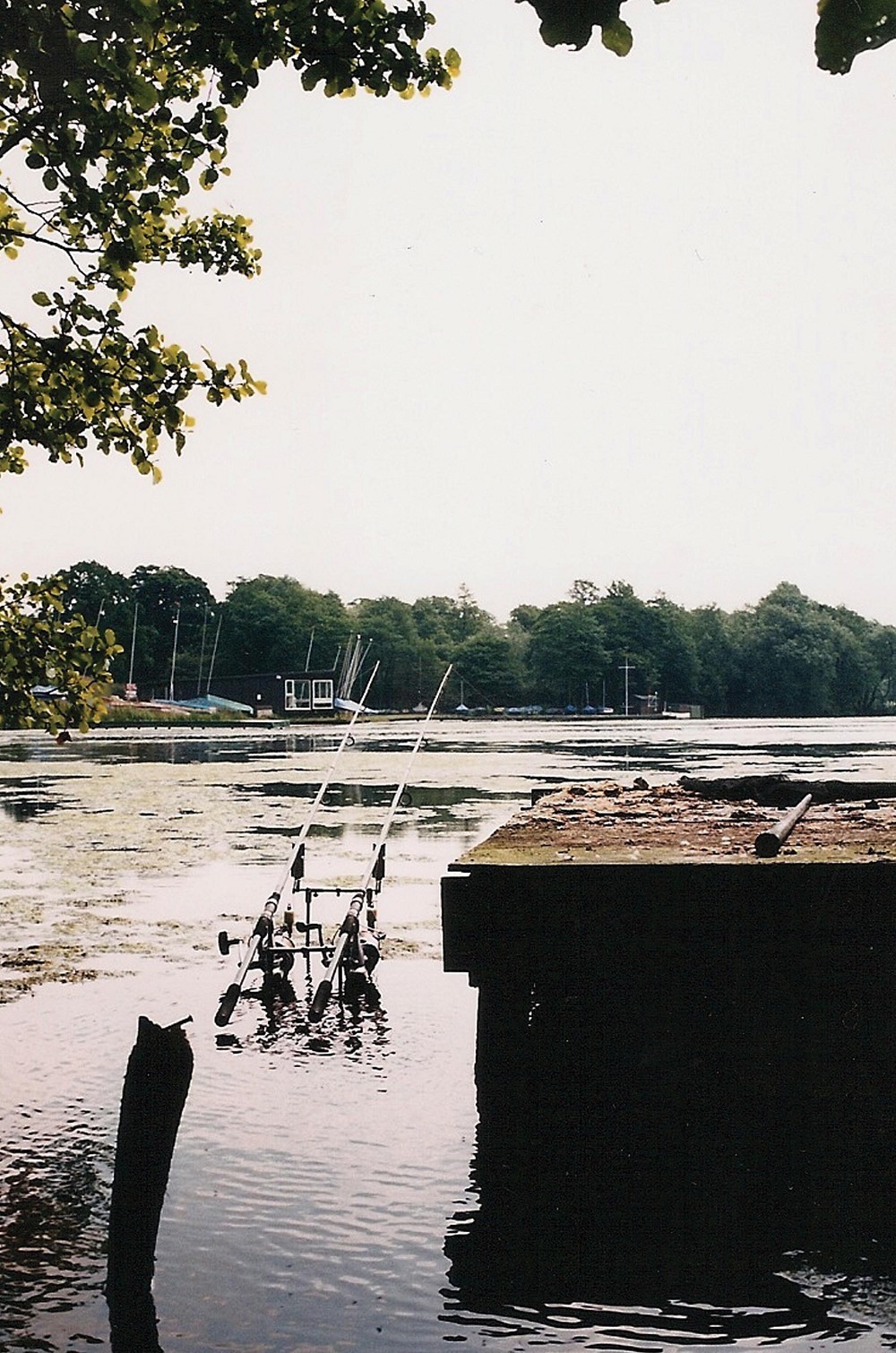 “I wouldn’t say it massively improved my catch-rate, but it did let me present baits at what were by far the biggest ranges I had ever fished at, and start to get to grips with the big open water swims.” 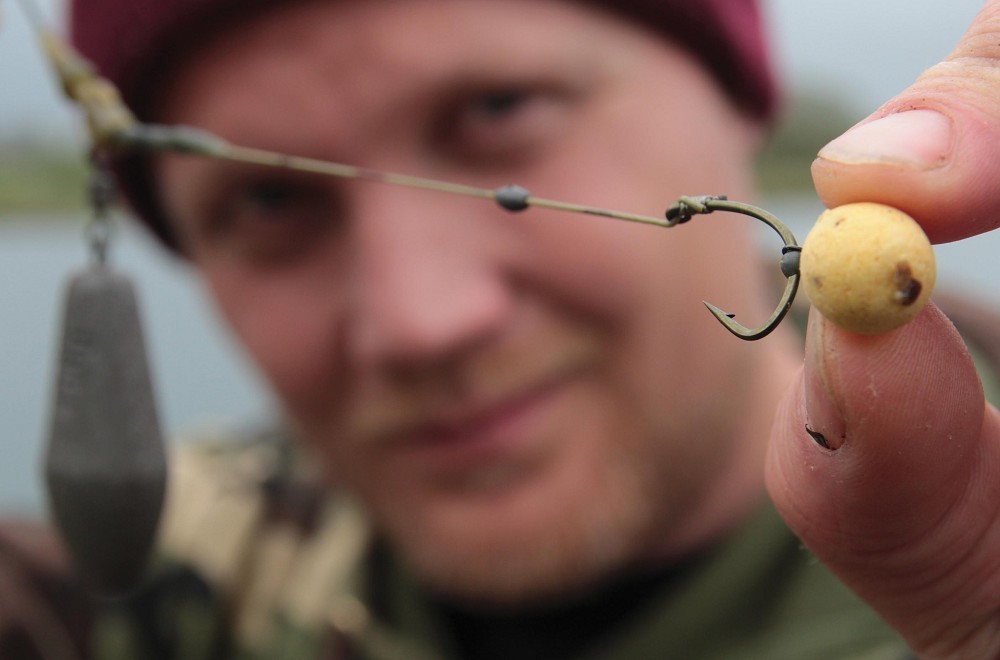 “I became less and less reliant on pop-ups in my fishing and now only use them if I absolutely have to. Wafters and bottom baits are now big parts of my armoury, especially on pressured venues where rig trends over the last few years have seen shifts between Chods, Hinged Stiff Rigs and now the Ronnie Rig. Almost every angler I see is using a pop-up on at least a couple of rods. It’s not that I don’t use them anymore, but over baited spots I much prefer to match the hatch, or provide a similar option to my feed on the hook. 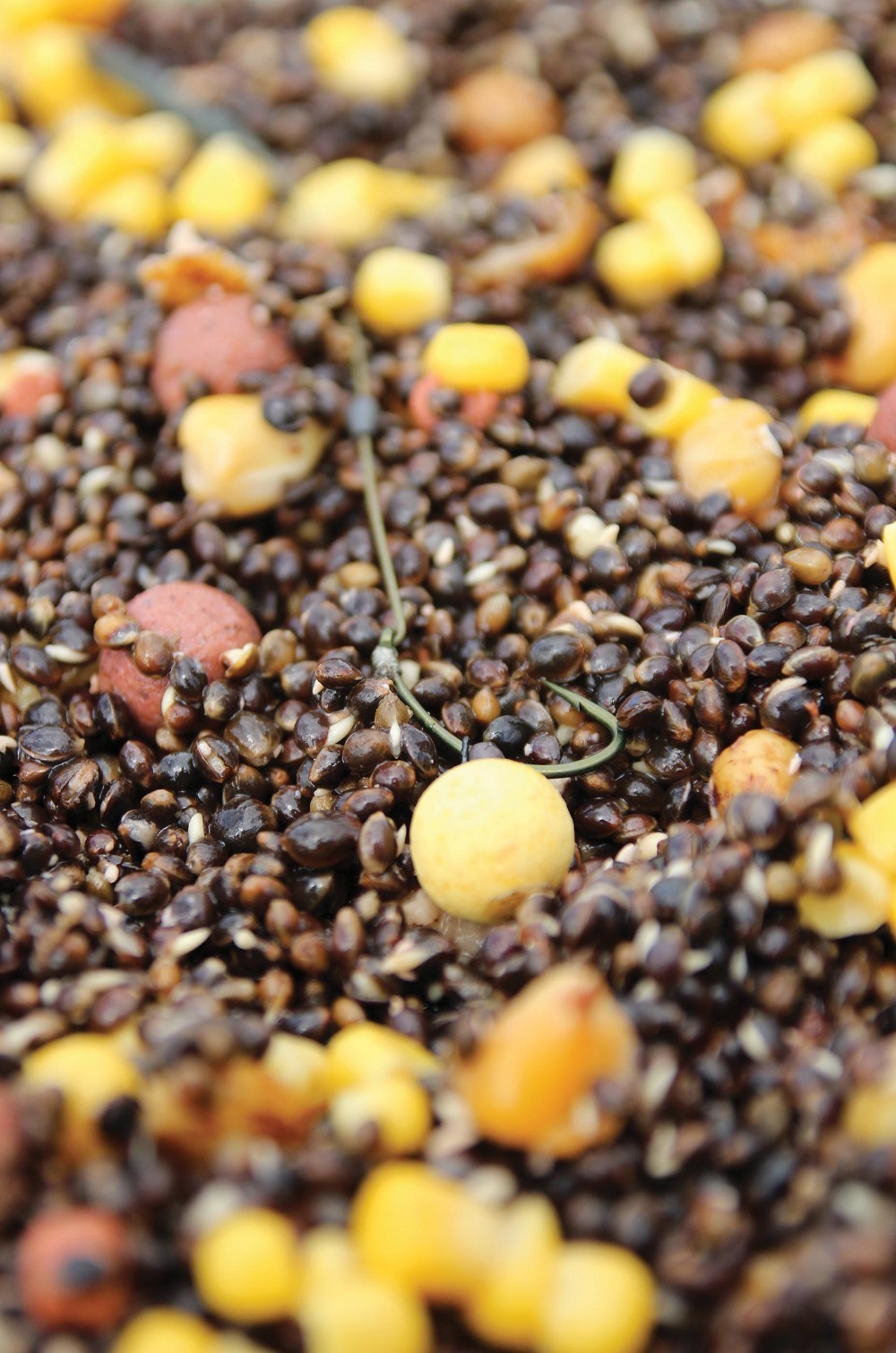 “I made the change after a session at Baden Hall where I was convinced I was getting turned over. The next trip I switched to bottom baits out the bag on one rod and two grains of plastic corn on the other. That particular combination brought mega results for the remainder of the season. Since, I’ve caught a number of 40s and 30s on the same styles of presentation. I didn’t change to be different to other anglers, more to make the most of the mechanics of the ‘German’ rig I favour for most of my fishing. The fact I was bucking the trend was just a healthy bonus, really.” 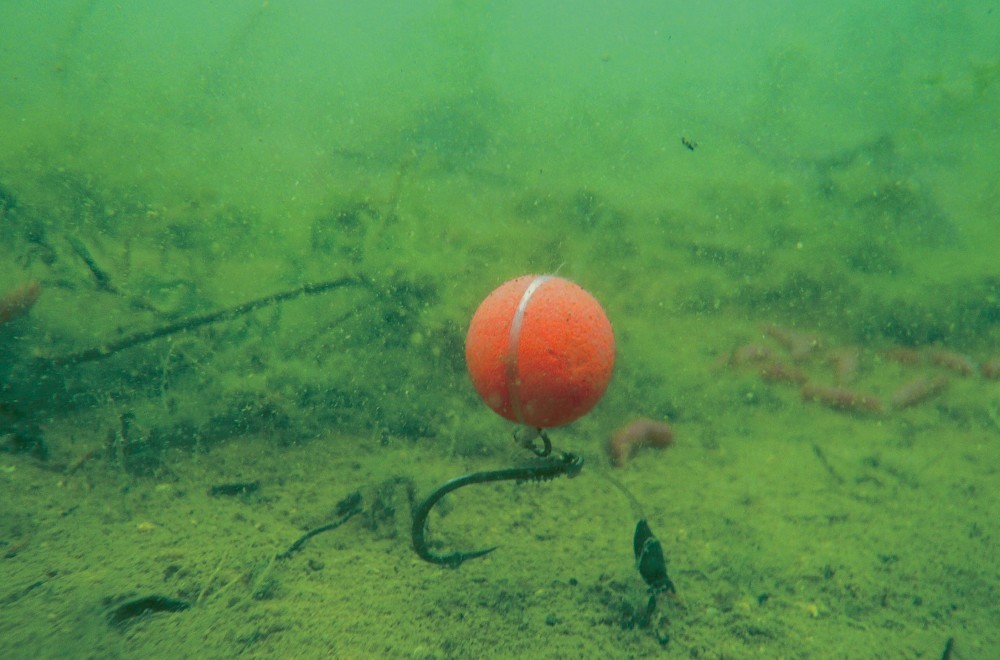 “My biggest rig shift spans back nearly 10 years to when I was on Stoneacres on the Linch Hill complex. I had been doing pretty well on a double bottom bait rig and had no reason to change… until I witnessed one of the hardest to catch residence of the lake (Bungles Linear) spit my rig out no less than three times in a 10 minute period! I need to change things.

“So I did a lot of thinking and talking to mates. I knew I wanted a pop-up rig but I wanted one that sat low to the deck. After multiple scrapped rigs I eventually came to a Hinge Stiff Rig that fished very low to the bottom. I know these are commonplace now, but back then they weren’t and the people that did fish a Hinge Stiff Rig fished them about three-inches high. This rig fished alongside my double bottom bait rig caught me countless carp that year and since and I’m sure the two rigs helped me catch different fish that feed in different ways.” 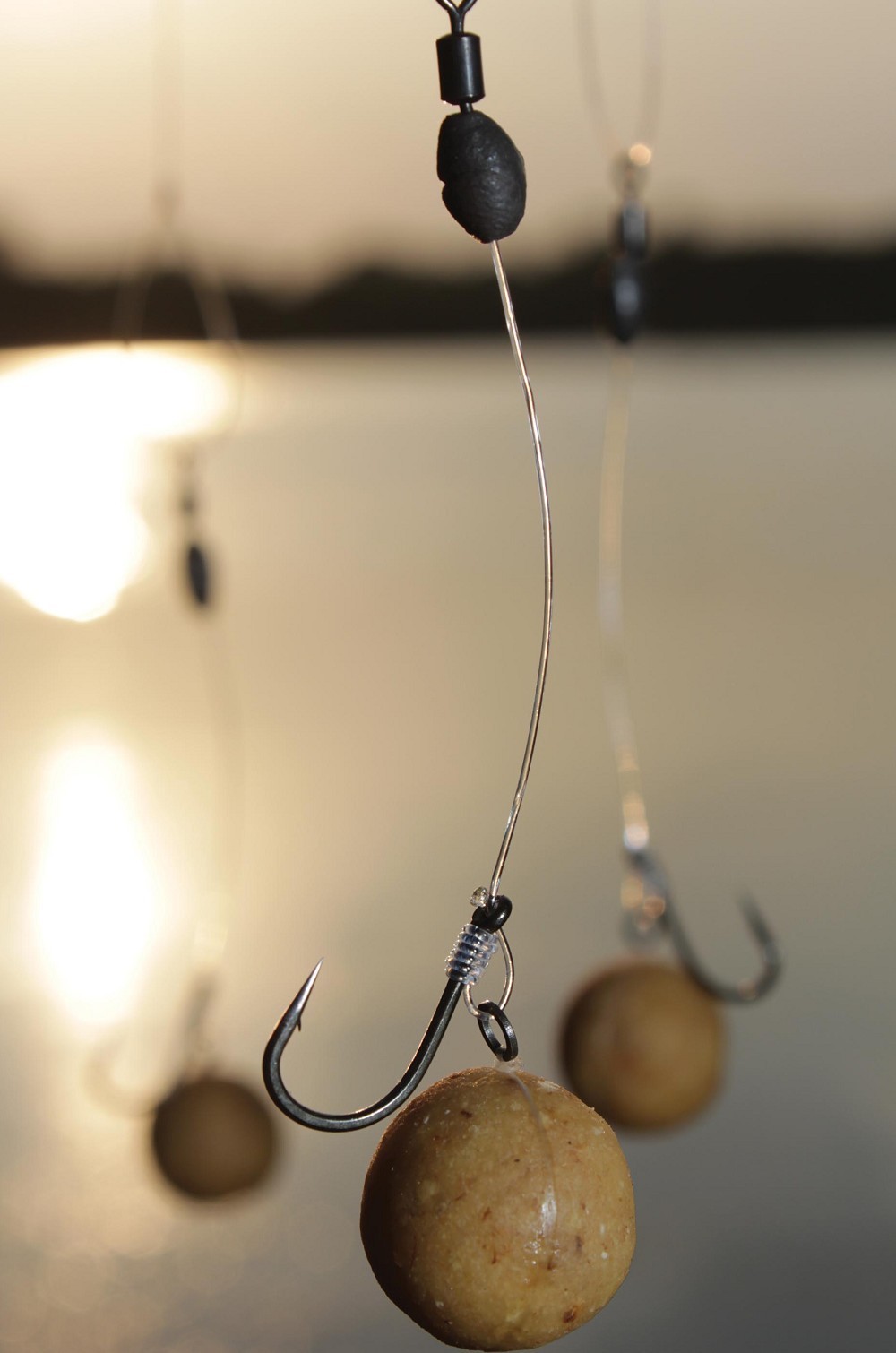 “Categorically the most significant single paradigm shift was from flexible braided HPPE hooklinks and light monos, moving over to the heavy monofilaments favoured for the classic Hinged Stiff Rig. This was back in the day, when HPPE braids were still relatively new and had enable anglers to offer amazingly subtle yet strong presentations that simply work (and always will).

“Then, with the availability of stiffer materials suited to booms and then the advent of ‘high memory’ super stiff hook sections like Bristle Filament and Tripwire, we suddenly had a whole new set of tools at our disposal that enabled previously unattainable finite control, the final (cast) presentation to a far higher degree and the way we thought about rig function broad- 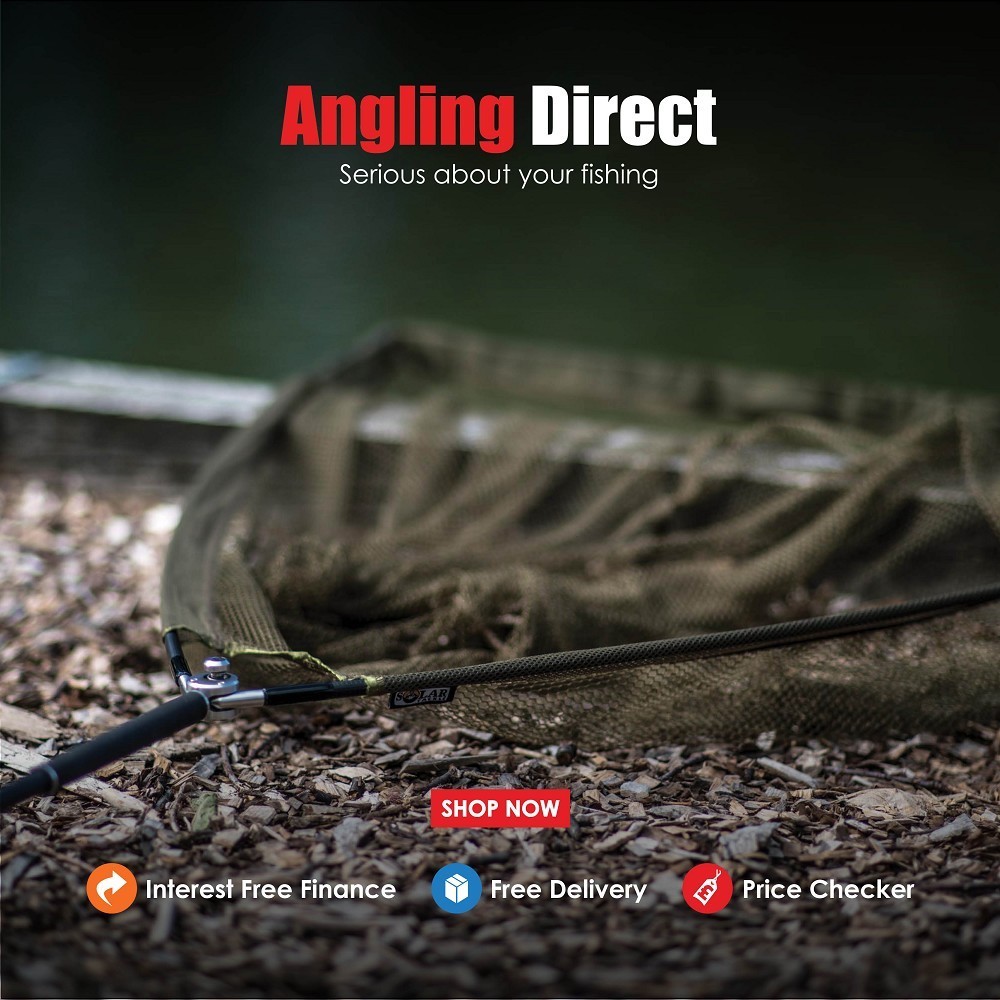