The Chod Rig under the microscope

In his ‘Little Things In Life’ series for CARPology.net, Avid Carper Mat Woods puts the popular Chod Rig under the microscope

Warning! All cynical carp anglers avert your eyes, because yes, it’s another Chod Rig article! But before you head off to the internet to vent your spleen, riddle me this: do you use Chod Rigs? If you don’t. then you’re missing out, and if you do, you might want to keep reading.

See, the ‘Choddy’ was first revealed to me and several others by Sir Terry Hearn himself. At a Five Lakes Carp Show, with hundreds of tiptoeing carp anglers around him clambering for a closer look, Terry showed his variation of Frank Warwick’s original ‘Short Rig’ and had his audience absolutely spellbound. Terry was very particular about the components, about the nature of the curve and the size and shape of the ‘D’. As Terry and his close mates had been using it for a while and finding out for themselves what worked and what didn’t, I didn’t really stray too far from Terry’s initial blueprint in my own fishing.

At the time I was fishing low-stock meres with a good amount of weed in them and the arrangement accounted for a number of great seasons accordingly. Did I experiment with the set-up? Not one bit.

Let’s go through that blueprint, because it will help explain how the ‘Little Things’ can make a big difference with Choddies 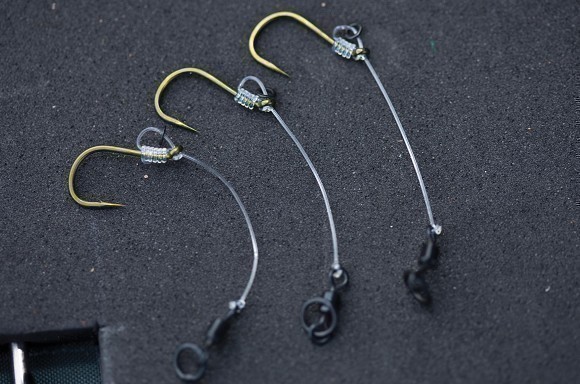 This is 100% personal and no one hook is better than another for Chod Rigs. I like what I like, and you like what you like, so let’s get on with the more technical aspects.

Terry suggested the curve should be the same as the back of your thumb: a gentle curve that puts the Stiff Rigger hook in the ideal ‘prone’ position. It also means that when you touch the back of the stiff material anywhere along its length, the rig spins around to put the hook in a good position, point down at the target.

I have seen versions of the rig that are massively curved, like a Withy Pool arrangement. I have also seen it used totally straight, and in both instances it catches fish. The extreme curve has been popularised by a few anglers and subsequently it’s been the downfall of many a carp. My issue with it is when you touch the back of the stiff material, it doesn’t always spin around. If the fish’s lips touch it near to the hook, it doesn’t want to come around as quickly and as freely as with the ‘thumb curve’. Quite how that translates underwater is impossible to judge, but if you’re having issues with lost fish on Chod Rigs, experiment with the curve and see what happens. I’m sure it’s relatable to how different fish feed, so you may find that more or less curve works better for you on your lakes. 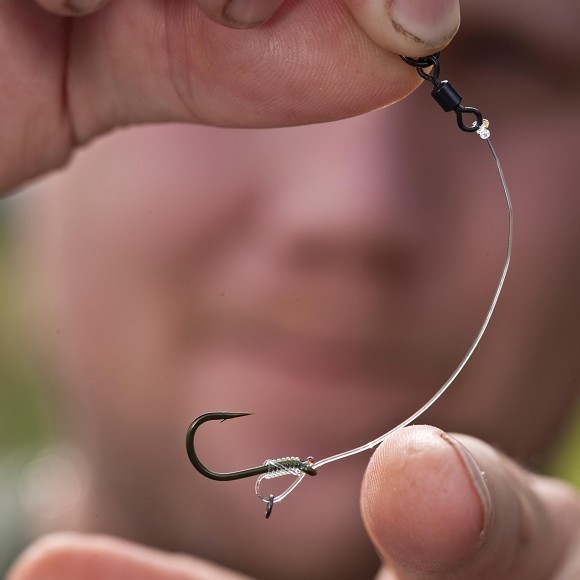 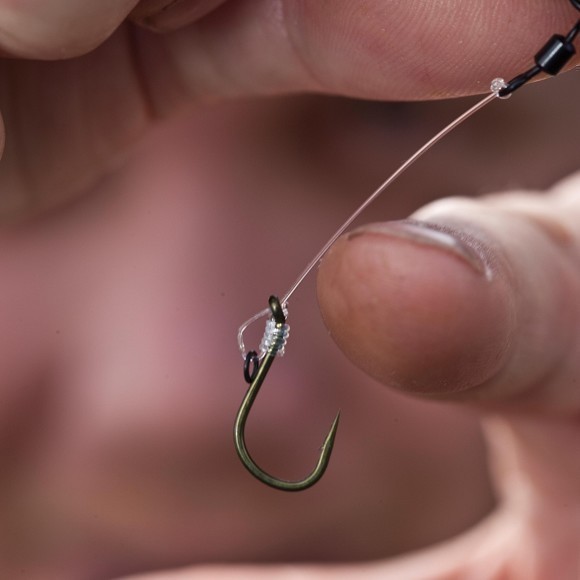 With a gentler curve, the hook always spins around to meet whatever touches it 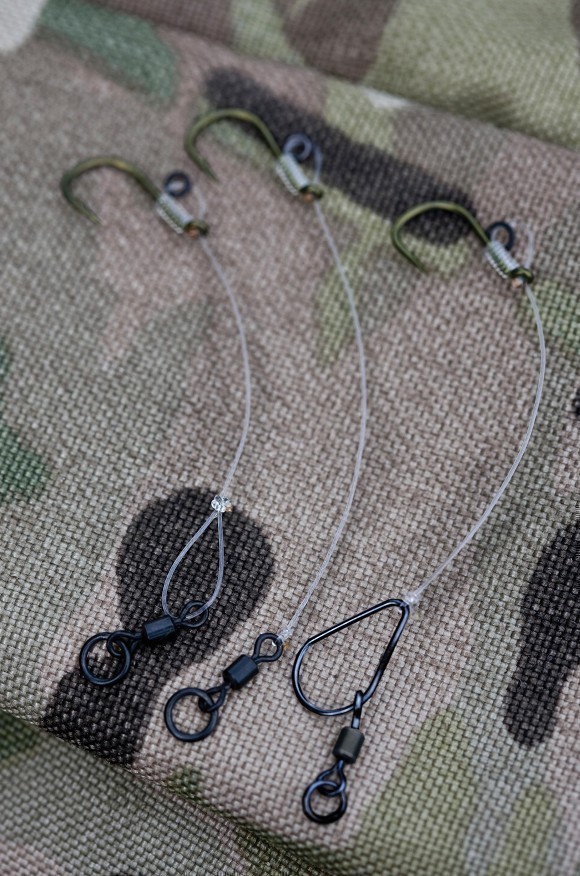 I’ve gone loopy thinking about loops on Chods. These new Avid Carp Rig Loops take away some of the headaches

Loop or no loop?

Another thing I see discussed a fair bit is whether to have a loop knot at the ring swivel or just a standard Blood Knot. I have always tended to stick with a Two-Turn Blood Knot because, well, it continues to work. I’ve tried the loop method but I’m not convinced it does what anglers think it does.

In a fixed environment, if you hold the ring swivel still, the loop movement comes into play. So the theory goes, that a carp can’t work the hook out the way it went in because of the increased movement. However, in a real fishing situation, the ring swivel is never truly static, as it’s attached to your line or leadcore, which at this point in the story, will be moving around. Carp puts Chod Rig in mouth, ring swivel, line etc., all moves, so how does the loop now make any difference? I can’t get my head around it myself, so using a loop because you think the carp are riggy just doesn’t equate in my mind. I do understand, though, how the loop can just increase the general movement and behaviour of your hookbait to make it more natural.
With a Blood Knot, the bait sort of washes from side-to-side, back to front, and spins on its axis. With a loop, that movement can be accentuated, which I suppose would make a cautious carp a little less cautious.

I can’t bring myself to crimp a rig. Every angler I know who uses this method has lost at least one carp because of it, which is once too many for me. I know it gives a cleaner loop, but I’ve recently been using a much better option. Avid Rig Loops are swivels with the perfect loop formed in them. The added movement in them is marvellous, and rigs tied with them are a real handful, literally. I advise caution when tying Chods with these Rig Loops, because the hook seems to chase your fingers around!

Like with the curve principle, I think loops are a personal thing and can’t really correspond the addition of them with an increase in bites, but things are looking positive with the Rig Loops, so as always I am willing to be convinced.

The next most important part of a Chod Rig is the ‘D’ loop and what goes in it. I’ve always whipped around to almost level with the point, and see no reason to change, but I know some of the Avid lads do well with just two or three turns, leaving more of the hook shank exposed. The theory is that a cleaner hookhold can be gained, but I worry about the potential for the bait to wrap around and under the hook. It will probably only happen once in a thousand casts, but if that cast was at your target fish which has just leapt out and sent up a plume of bubbles, you don’t really want to be worrying about it, do you!
The ‘D’ also provides opportunities for gismos. Rig ring, mini swivel, mini ring swivel, bait screw, the list of gadgets for this part of the rig grows by the month! My advice is that the Chod Rig works best with maximum buoyancy, so however you go about achieving that, compromising it for the sake of a gismo just does not compute. Give it real thought, because the ‘tension’ that seems to be created between a really buoyant bait pulling against your tungsten putty is something, once again, that featured in Terry’s original discussions about the rig. 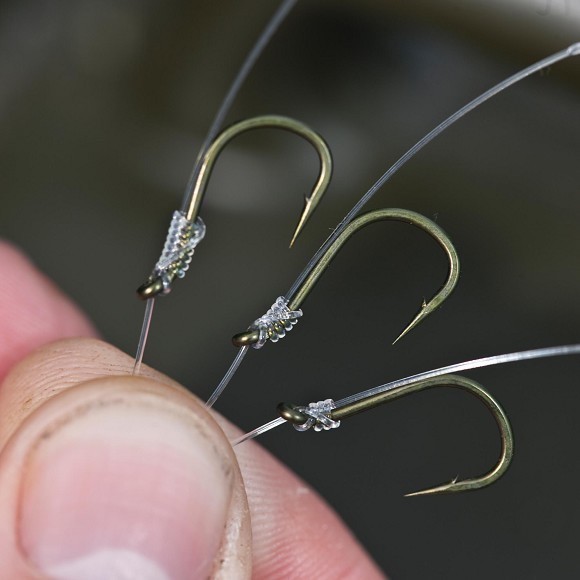 How many wraps mate? 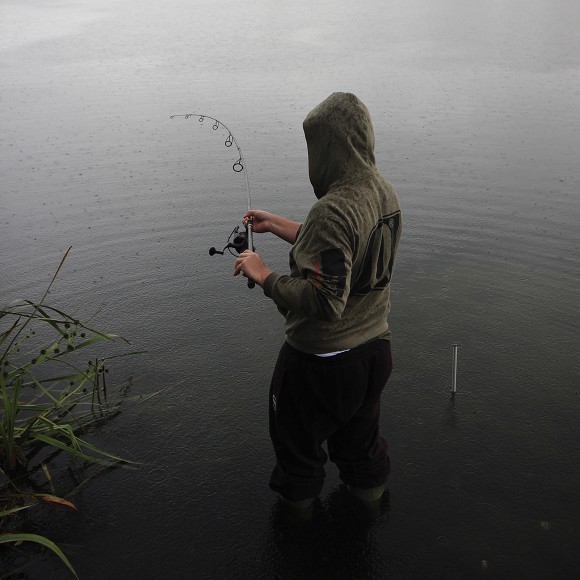 I am sure how people play fish affects the Chod rig’s performance. I always use a long, soft buffer above the lead to give added assurance

Buoyancy is everything. I know that a lot of anglers have issues losing fish on Choddies and I’m sure a contributory factor in this is that their bait isn’t pulling upwards enough. Having experimented with Choddies using bottom baits and wafters, you do seem to have the odd fish go astray. When using corkball pop-ups, or HighLites, I don’t lose any fish on Choddies. It’s the only common denominator I can find between lost carp and landed carp with Chods.

The trend for an extension between the rig and the lead has become quite popular and rightly so. Again, Terry’s original rig had this long length of silicone threaded above the lead and the intention for that was to provide a ‘buffer’ when playing the fish. This works. Quite why is probably a discussion for CARPology’s Opinion Matrix, but in my experience, those anglers who lose fish on Chods don’t usually give this area enough attention.

I know I’ve not really covered a few things here. Lead set-ups, the separation between beads and whether to use a leader or go ‘naked’, and that’s because I believe those particular things should be altered to suit the venue and lakebed being targeted. As for those few inches of Choddies themselves, I hope I’ve given you something to think about when analyzing your own set-ups. Remember, Choddies are for noddies, but finely-tuned Chods are for Gods. 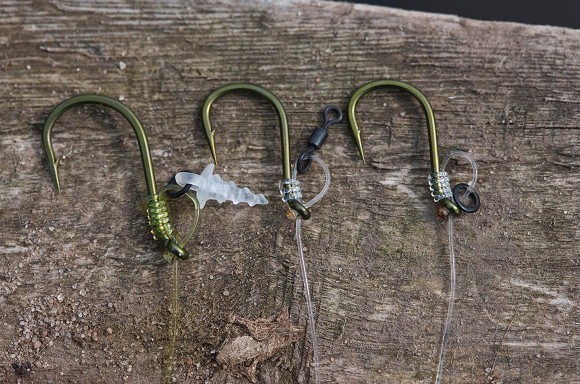 All manner of gadgetry is available for the ‘D’ loop. Don’t let it affect the buoyancy though, it’s a crucial element of the rig 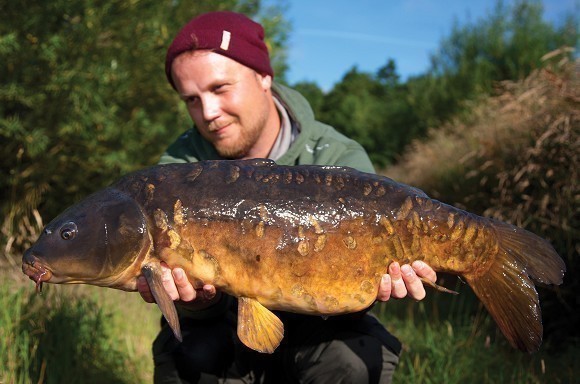