It's funny how things come back around...

I remember having a bit of holiday and used the five days at the Ringwood water, Roach Pit. Marcus and I had been doing a lot of fishing together and his rig finesse and tweaks always made me want to step up my game. I have always been a thinker, and I like trying to come up with new ideas. 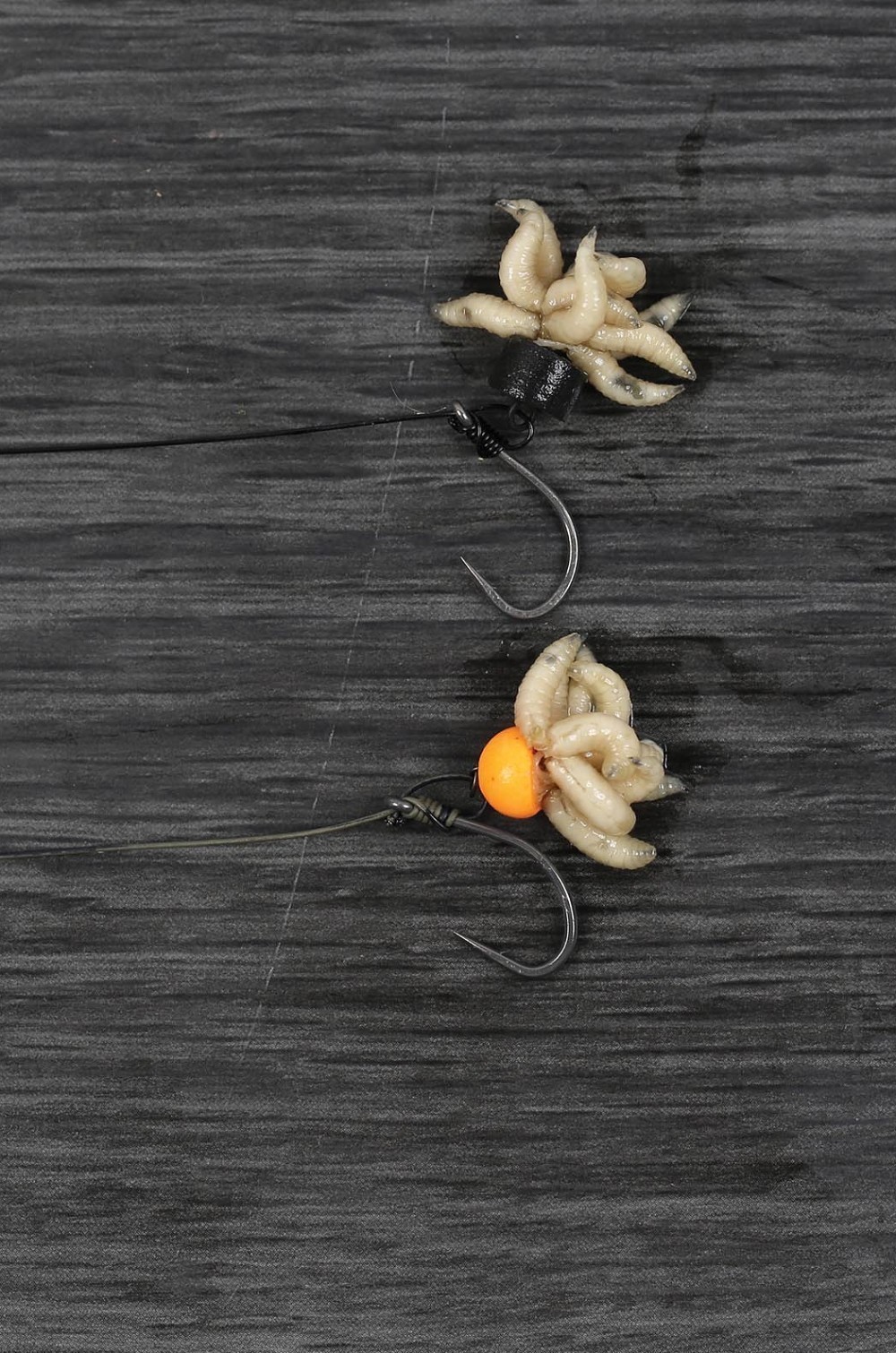 This rig concept came about because I wanted something to reset itself and enable me to use a large hook, which would hopefully also eliminate as many tench bites as possible and the rig being fouled on an aborted pick-up. Remembering Dave Ball’s Amnesia ‘D’ Rig article from way back when, I started to play around with some ideas; I really wanted to keep everything super neat and tidy, but also create something that was balanced.

Originally Marcus had shown me how he attached his maggots via a couple of mini rings and a small pop-up. I liked this a lot. I found that by using a hook ring swivel on the ‘D’ I could bury the swivel within the foam and expose just the top eye of the swivel, which I would then tie the lucky ‘7’ maggots too. The foam would then be pushed back up flush to the wriggling germs. Very neat. 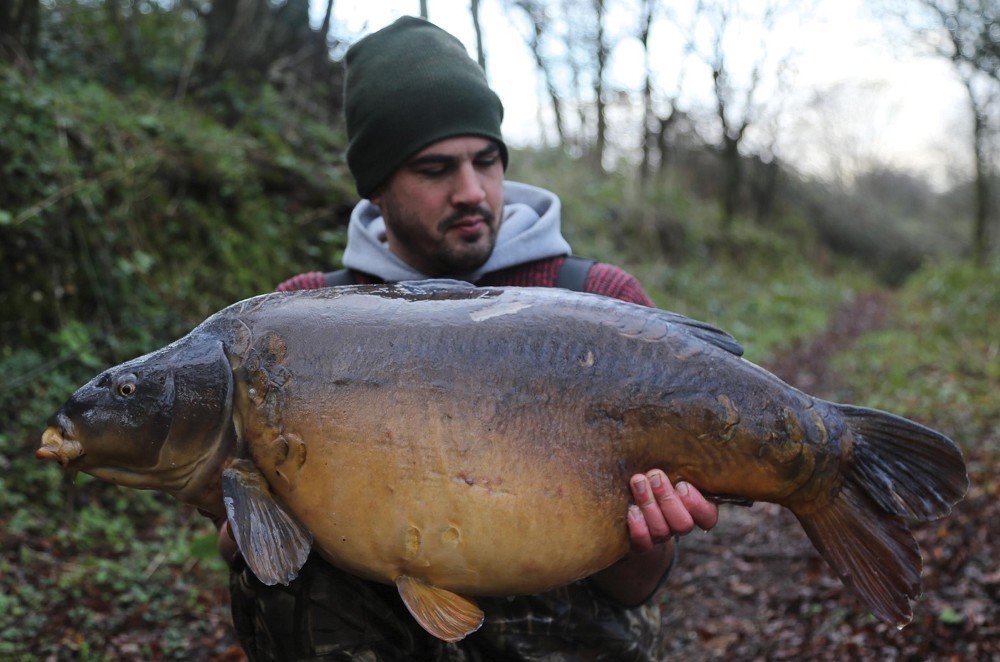 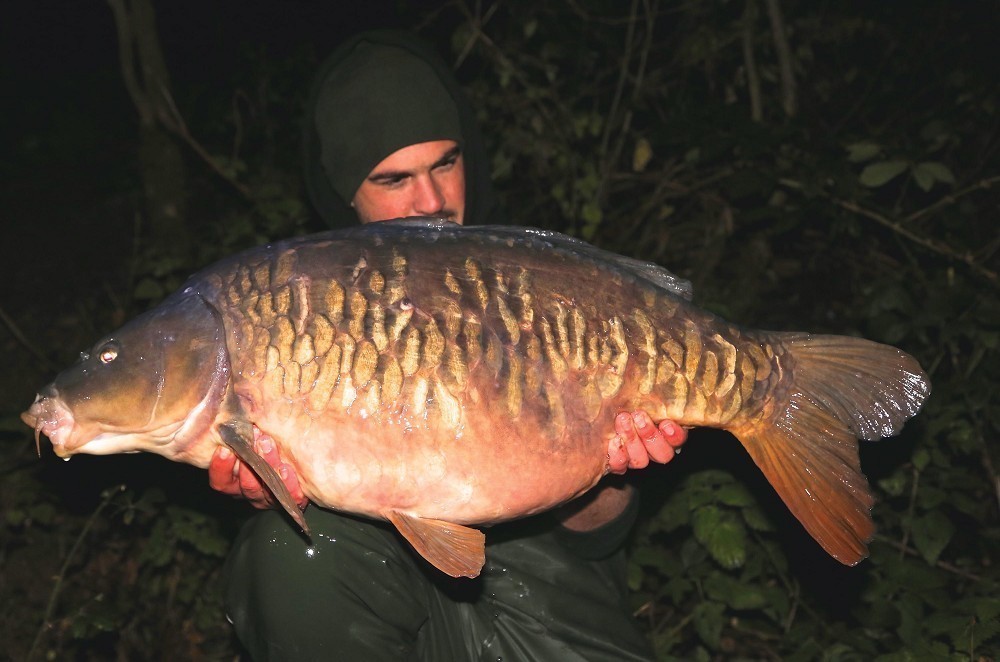 After a couple of trips to ‘lesser’ waters, I started to find that the carp just couldn’t deal with it in the same way as the traditional braided maggot rig. So after a sabbatical on the rivers for the best part of winter I revisited Roach with a lot of optimism.

The spring was cold that year. It was so bleak, but when it’s bleak the maggots are my first choice. On the first night I had a large tench. It worked. Second morning the fish were poking their noses out to my right, so with a lucky first cast the rig landed in the rings. A nice thud vibrated up the carbon, so I was happy to leave it. A short while later the rod was bending in the rests and the result was a pristine common lying in the folds of the net.

The spring become warmer and the maggots soon lost their appeal, so I switched over to balanced boilies for the spring and into balanced nuts for the summer, all on the “D’ rig. I had a great summer catching some lovely fish, increasing my confidence with the simple set-up. Using brazil nuts on this set-up was deadly; the options really were endless.

As summer drifted into autumn, I realised it would soon be time to start thinking about using the wrigglies to try and gain an advantage. Over the summer I had come to the conclusion that I wasn’t happy with the foam, so I started to play around with tiny 6mm pop-ups, laced in liquid. This meant that I could add a lot of attraction, which I could have done with the foam, however I liked the shape of a small boilie.

I would slice the top of the pop off with a Stanley blade so everything could be neat. By the time I tied the maggots on and pushed the pop-up back up, it was all flush and resembled a medusa’s head of snakes. With the buoyancy of the pop-up underneath the maggots, it sat so pretty - subtle but highly attractive. If I was fishing on a really smooth bottom I would use Amnesia or Ghost fluorocarbon; if I felt the area was a little bit dirty I would use Tungsten Loaded unstripped as I felt it would settle over bits and pieces a lot nicer.

I have caught some very large fish using this rig with maggots. It really puts my mind at ease being able to use such a big hook, with such a delicate bait. From the hooking positions I have seen since I put this arrangement together, it would seem that the fish really struggle to eject the rig as it is quite the mouthful.

How to put together David’s Germ Rig

1. With David’s set-up you don’t need to remove any of the outer-coating, so cut off a 12-inch length, whip on a size 4 Para-Point hook Knotless Knot style and then thread on a Hook Ring Swivel, securing it in place by passing the tag end back through the eye and blobbing with a lighter. 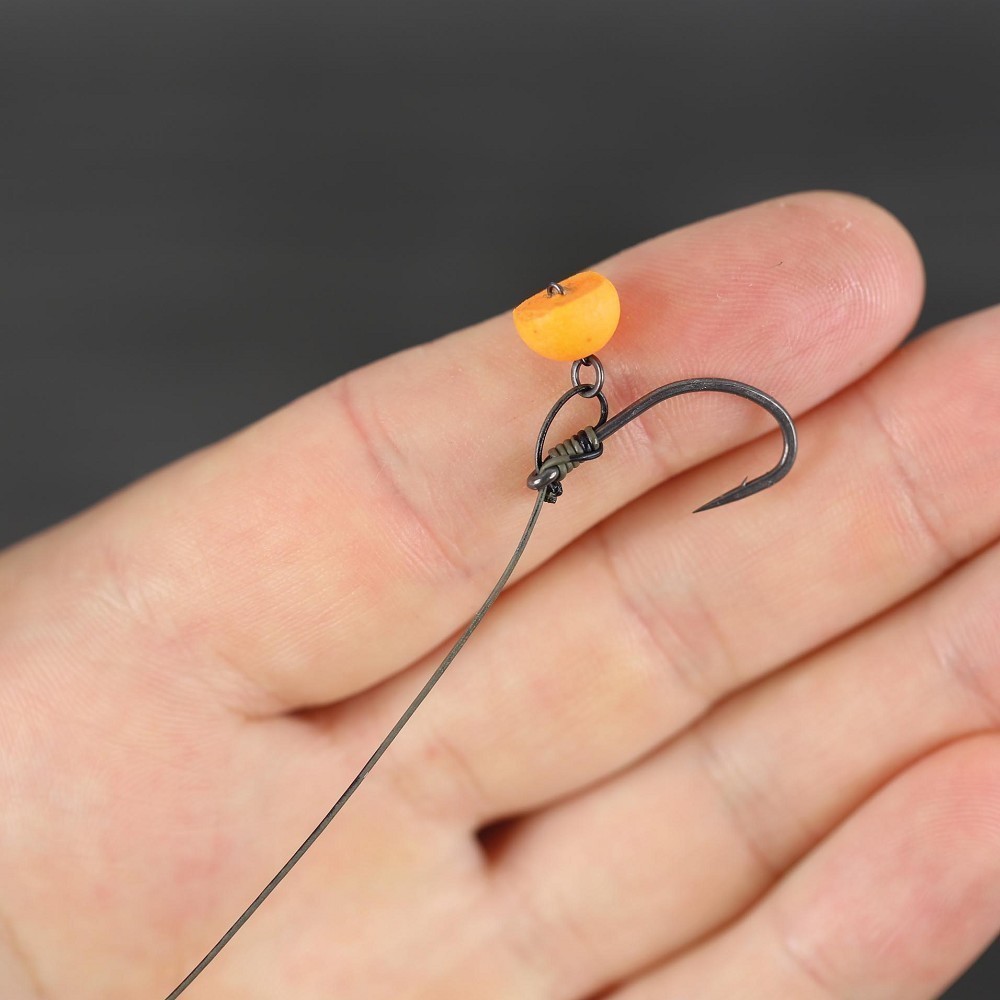 3. Now take a 6mm pop-up, slice the top off with a Stanley blade and push this down onto the barrel of the swivel. The easiest way to do this is to pass some bait floss through the Hook Swivel, thread on the pop-up using a baiting needle and then position it onto the swivel’s barrel. 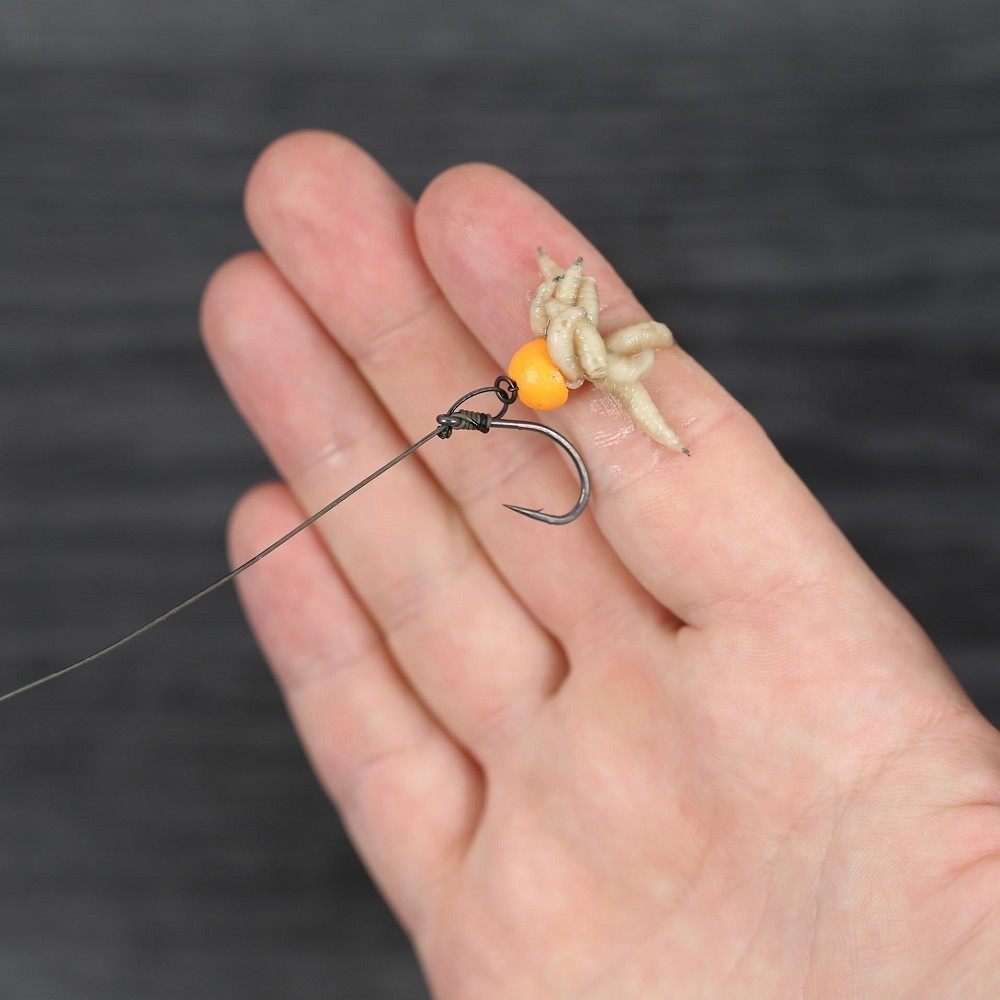 4. You then need to use a sewing needle to thread on your seven maggots to the bait floss before securing it to the Hook Swivel using a couple of Granny Knots.