Article time warp! We go back in time (to issue 4!) with Danny Smith, who reveals his radical rig...

You can gain an edge by looking back to the past, so we’ve reverted back to issue 5 (that’s 14 years ago!) where Danny Smith revealed that when it comes to rig-shy carp, he goes short… really short! And here’s why…

PVA products have become a first line attack for many carp anglers these days, and quite right too. The stuff has many uses for us, not just to ensure that our free offerings are close to our hookbait, but also for the piece of mind it gives us when casting out our rigs and the fact we know they don’t tangle. We all know that don’t we? Danny Smith 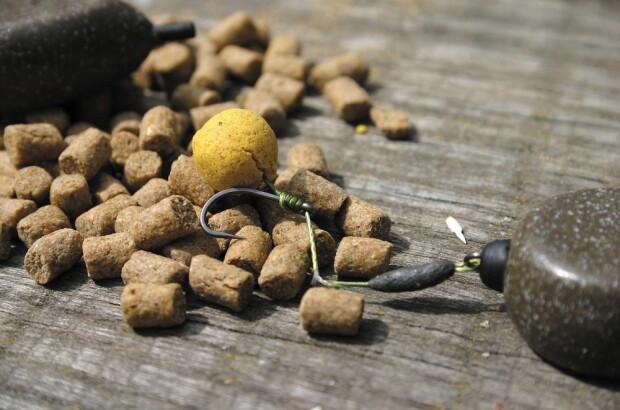 One advantage solid PVA bags give us, is the opportunity to cast out very delicate and balanced rigs with the weight and force of a good cast being absorbed at the lead where the bag is attached, ensuring that the rig will look and work the same on the lakebed, as it did before it was cast. Although bags are widely used, the variety of traps that befall their use is largely the same.

A shorter than normal hooklength would probably be the main adjustment made by most, and in nearly all cases, this is the right way to go. But when we receive a take, was it because of the rig or the bag? What I mean is, was it the shorter-than-normal hooklength, or the fact the hookbait had freebies nearby? Bags are, as I said, very handy, but don’t be fooled into thinking that it was the sole reason for getting the run. The short hooklink is a major factor and it shouldn’t just be a spot in a bag.

The accompanying picture to the original article, with the caption: Dan looks healthy!

There are other ways of achieving limited movement in our rigs without shortening hooklinks - as is the case of stiffish presentations - but this is an article on micros and personally, it’s my favourite way of going about catching rig-dodging carp.

Anyone that’s spent a lot of time watching closely, pressured carp feeding in the margins will have perhaps unbelievable stories of the tricks the carp employ, just to avoid capture. If the carp fed out in the lake as they do in the margins, we’d surely have real problems sorting them out. However, on a lot of pressured waters thankfully, things aren’t half as dramatic most of the time. But in difficult angling weather, or when the carp are under even more pressure than normal (as they are at weekends), then they can act just the same out in the lake as they do in the margins. The only difference is that we wouldn’t know unless the behaviour of the carp was interpreted correctly by the angler from them doing their homework and watching how the carp fed and behaved when they are extra suspicious or when not really ‘havin’ it’. 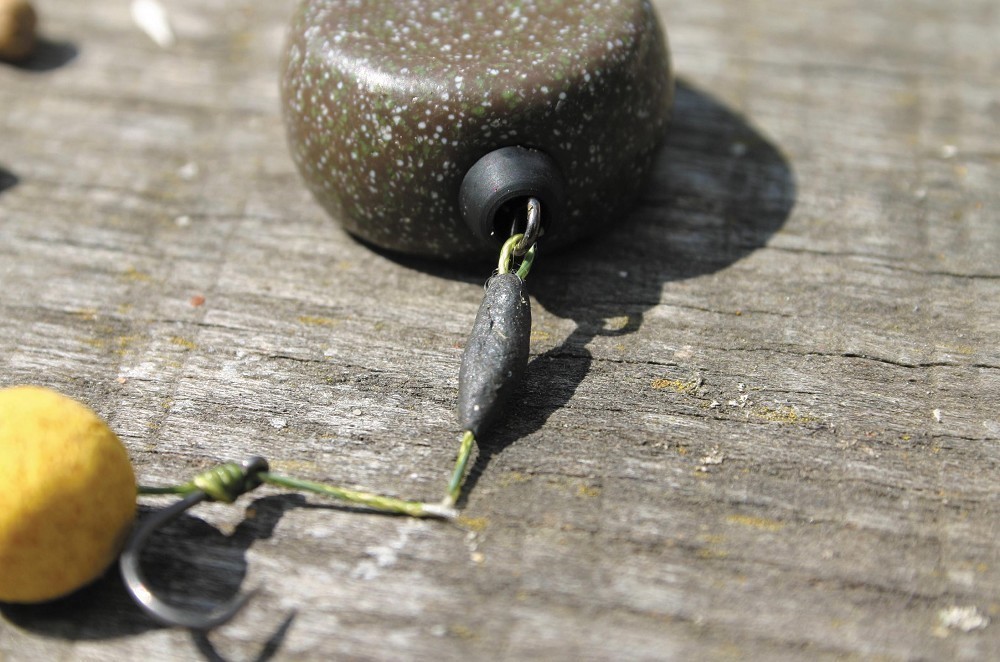 A small break in the hooklink helps with hook holds

The reason a short hooklink works so well in a bag is widely believed to be because the carp won’t be moving around much at all when they’re feeding on mounds of bait or tight beds of feed - this opposed to swimming around looking for individual baits such as boilies, spread over an area.

If a hooklink is too long when fishing with bags or over tight baiting, then we’re basically giving them too much to play with, and ‘play’ they certainly will. If braid is used for the hooklength, then sometimes a few signs might be evident from the rig when it’s retrieved. The Hair might come back wrapped over the hook, or the hook itself caught up and/or pierced in the braid. These are good signs of smart carp getting away with it; although if numbers of nuisance fish are present, then sometimes the scenarios could well be down to them and not the angler. 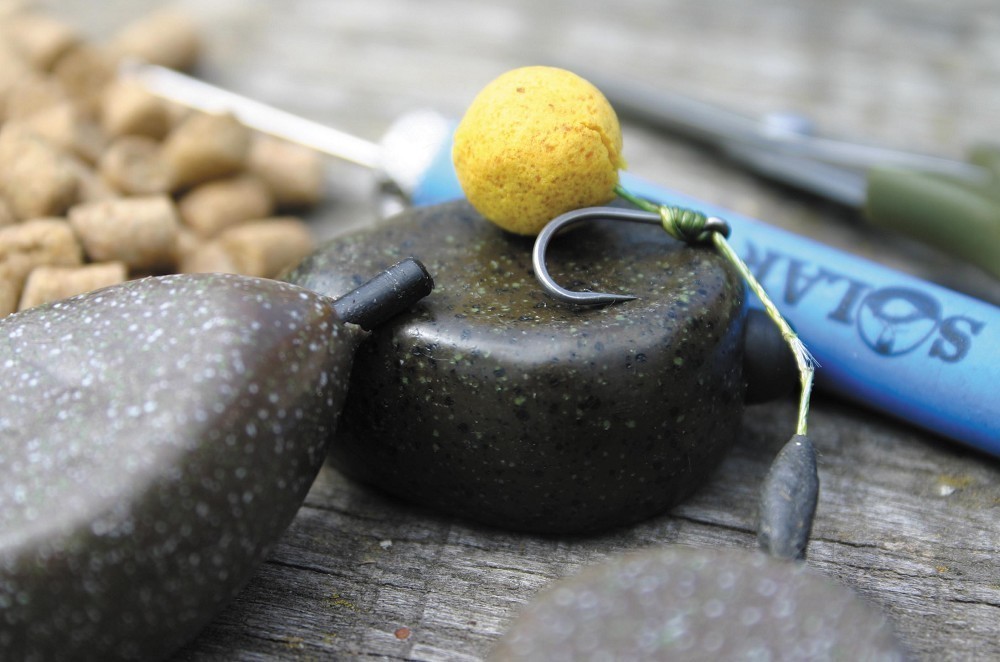 It’s very small, but it’s all refined and balanced

So a slightly stiffer hooklink material might be the way forward, before reduction of rig length. Let’s assume that a stiffer hooklength has been tried, but no runs have occurred when we feel we should be getting some action, as the carp are telling us that our location was right, but our presentation is wrong.

The next thing worth doing therefore, is to reduce the length of the hooklink. Personally, I like to use braid when I’m fishing with micros, as the free movement of the material and use of bottom baits ensures the hook can still turn and hook the carp in a predictable and desired manner and this is important when looking for good holds with fine hooks. If I were using pop-ups, then a double-jointed stiffish hooklink will ensure good turning ability in the rig, but like I said, I prefer braid with bottom baits and would always have at least one of my rods incorporating such a set-up. 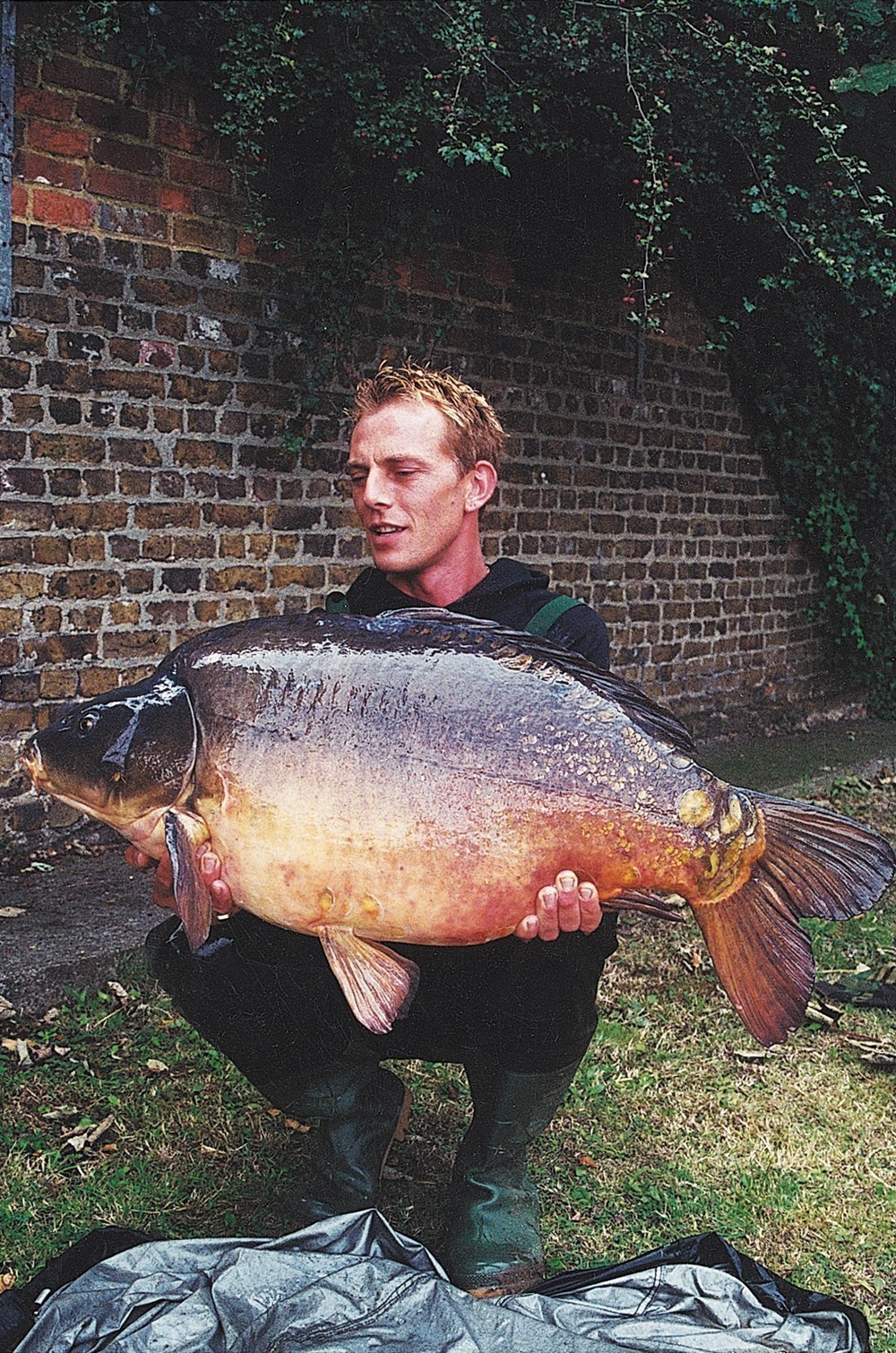 They done come any harder looking

If our original rig was say, six- to eight-inches, then consider shortening it up by an inch. To some this might already seem very short, and for most fishing situations it would be considered so, but the length - or lack of it - that we can realistically use might shock some anglers. I suggest always taking one step at a time and making fine adjustments regularly, rather then jumping in with both feet and possibly overlooking things - like the size and movement of our hookbait and a bag of 3mm freebies. Why not have a 3mm hookbait and 10mm freebies? I hope you can see what I’m getting at. The hookbait should always be critically-balanced too when using very short rigs, whether it is pop-up presentation or bottom baits. 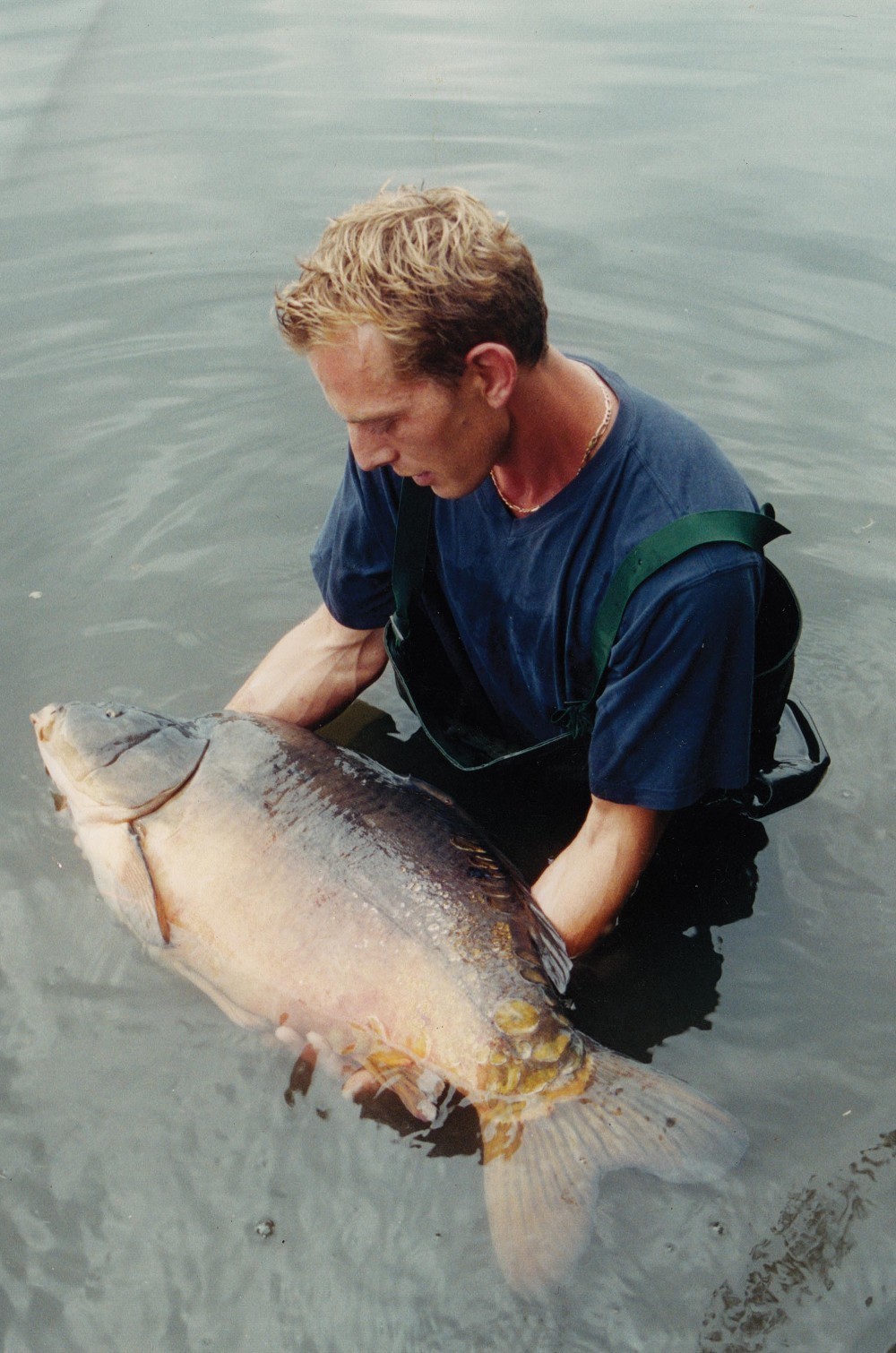 An example of how short we can go with our rigs was spelt out to me at a little gravel pit in Gerard’s Cross. The venue received a lot of pressure from both pleasure and specimen anglers and it was widely believed, that to catch one of these carp was good angling. They hardly ever graced the banks because of the range and variety of rigs they’d become wary of and used to dealing with. In fact, it was blatantly obvious that the only set-up they had trouble with was a very light set-up, but that didn’t matter too much to them, because they could easily break the fine line on the first run and quite often, two or three floats could be seen trailing behind a group of carp - especially on a Sunday or Monday after the weekend hordes had left. It was on such a day that I visited with a friend, to have a go for the carp myself. At least two floats could be seen being moving around the lake and it was obvious that the carp weren’t too happy.

After about an hour of feeding on my freebies, the carp couldn’t help but except the challenge. After all and as I mentioned above, I felt that they could handle any presentation that was cast at them as long as they were careful. Soon clouds of mud could be seen over the areas being targeted and after an hour or so this indication of feeding would reduce. 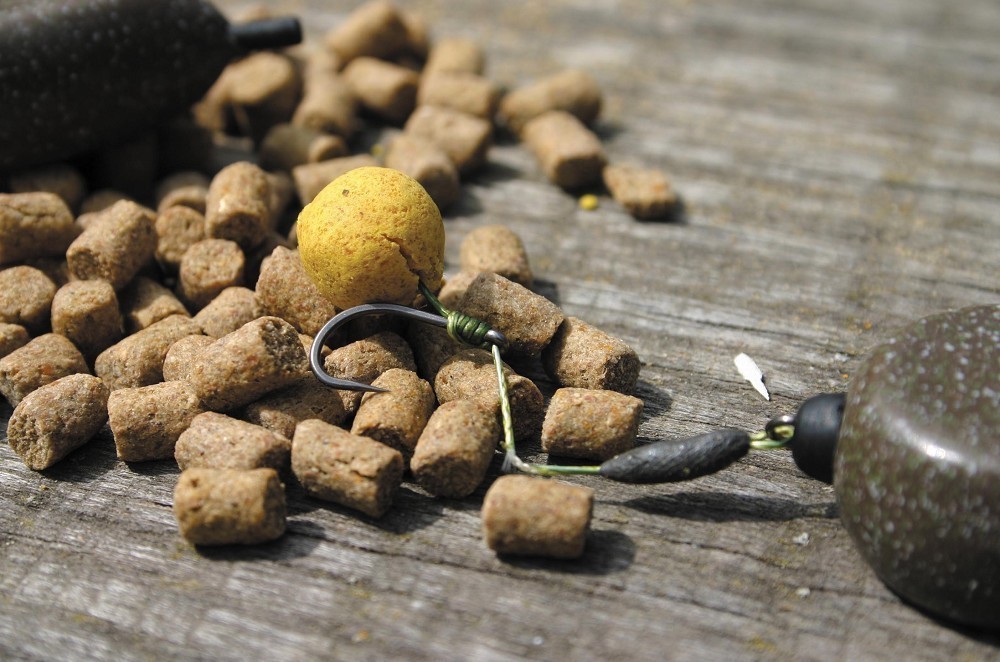 The fish were coming in, eating the freebies, avoiding capture and leaving. A little more bait was introduced and after a while they’d come back and do the same thing. At this stage the friend I was fishing with accepted defeat and wanted to pack up. Now, carp don’t just come into our swims and cloud it up for no reason; they were feeding and were therefore catchable. The rig I was using was quite short anyway when I started, at about five-inches. After repeating the feeding process a few times, each time reducing the length of the hooklink, I got to a stage where the it was one-and-half-inches long. I chucked this very short rig back out at them and had three in half-an-hour! And it’s worth noting that the in-line lead I was usinag was about half-an-inch inside the mouth.

So the moral of the story: it ain’t too short unless it’s too short!