Why you should try the Ronnie Rig

Avid Carper, Mat Woods, reveals why adding some form of movement into your hookbait can be a massive edge

Hooks with swivels attached. Now there’s a bone of contention. It started with the 360ş Rig, which before it was published was known to those using it either as the Jingly Jangly rig, or the Jimmy Saville Rig, something which now has an altogether very different meaning. 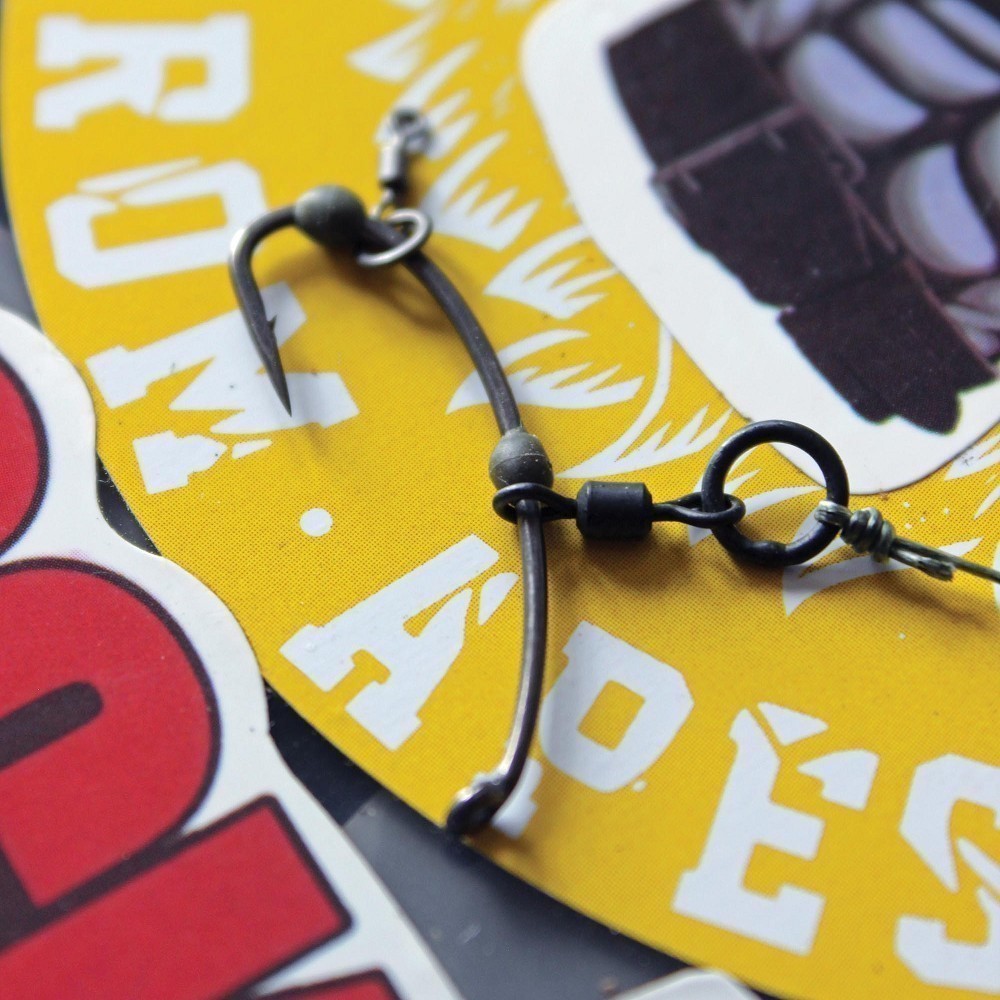 Bead placement on the hook shank is very important

The funny thing is, most anglers who were using the rig didn’t talk about the fact it could spin so freely. It was more about the lateral movement of the swivel up and down the shank, along with the freedom of hookbait movement, which it was believed was giving the carp real problems during the ‘sucking and blowing’ phase. It made sense to me and for a while I used it quite prolifically. In fact, I broke my personal best four or five times that particular season.

The first time I saw it was in the hand of Keith Jenkins. Quite literally, actually, as he’d embedded the hook right through his finger – much to the delight of Ian Chillcott, who was also there at the time. Chilly went into great detail about how he was using the rig, and if I ever showed it to anybody he’d have to remove my testicles with a spoon. Unfortunately for all of us, the rig made its way into print and subsequently became known by a name that doesn’t do it any justice at all.

Fast-forward a decade and we’re back with a similar story. Something known as the QC rig or Swivel Rig is now popularised as the Ronnie Rig. A quick-change swivel is used through the eye of the hook, with a little tubing or shrink tubing holding everything in place. It’s a 360ş Rig without the good part – the lack of lateral movement makes it inferior, if you ask me, but the benefits are also worthy of mention. 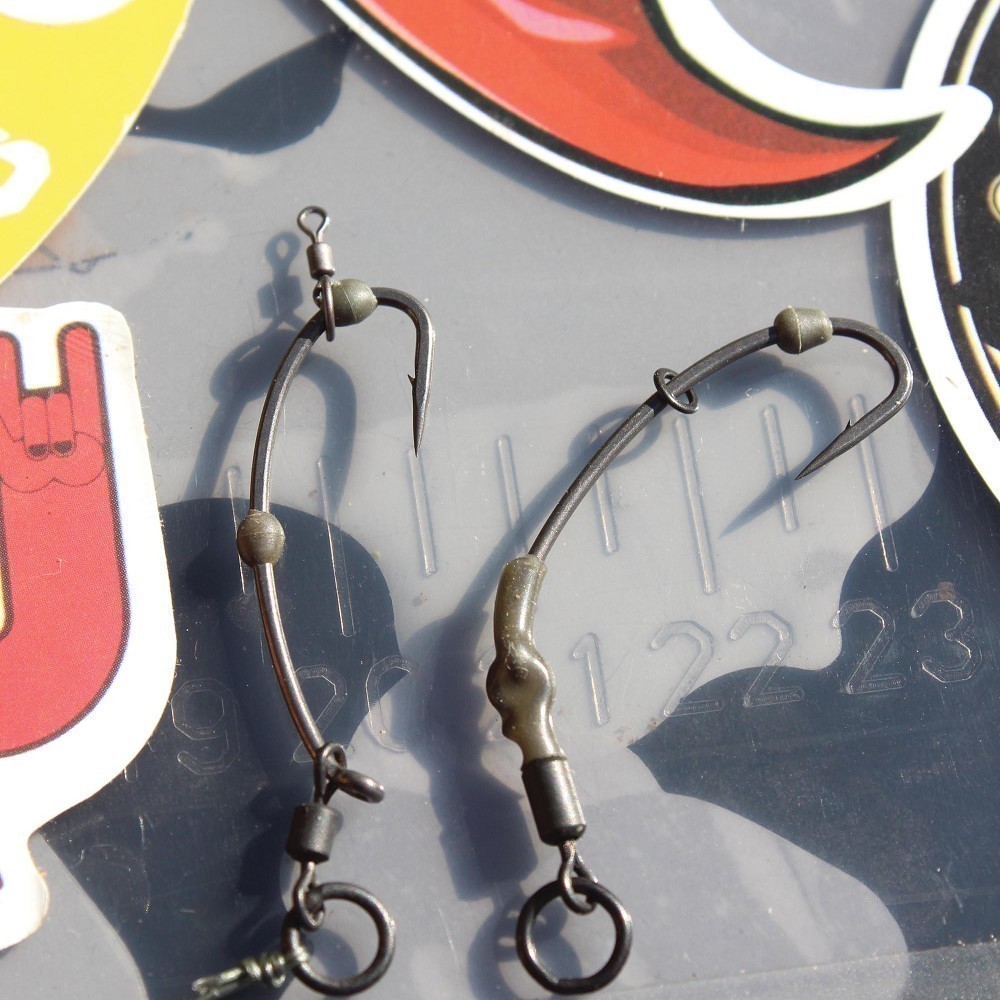 How each one sits in water

You can use the Ronnie with virtually any hook. Something you can’t really do with a 360ş Rig. The 360 needs either an Avid CRV, Mugga, Nailer or Series 5 to really work most effectively. Another problem with the Ronnie is the tubing. Some of the guys in our office started using it and lost fish on it. Why? I wondered. I decided to have a mess around myself and surmised that if the tubing was too flexible, the hook could pull at a bad angle during the fight. If it was very stiff, however, the angle would be maintained and subsequently the hook holds. Luckily, our favourite Essex TV stars have developed a Super Stiff shrink tubing. For me, it’s great for certain set-ups, especially the Ronnie Rig.

I’d be surprised if most people reading haven’t seen the rig somewhere. It’s all over social media with the gorgeous Lewis Read talking about it, amongst others. I must admit, I think it’s a good set-up for presenting a pop-up low to the lakebed. Something that could well provide a viable alternative on venues where the 360ş is banned, or the hooks you need for the rig have been banned! 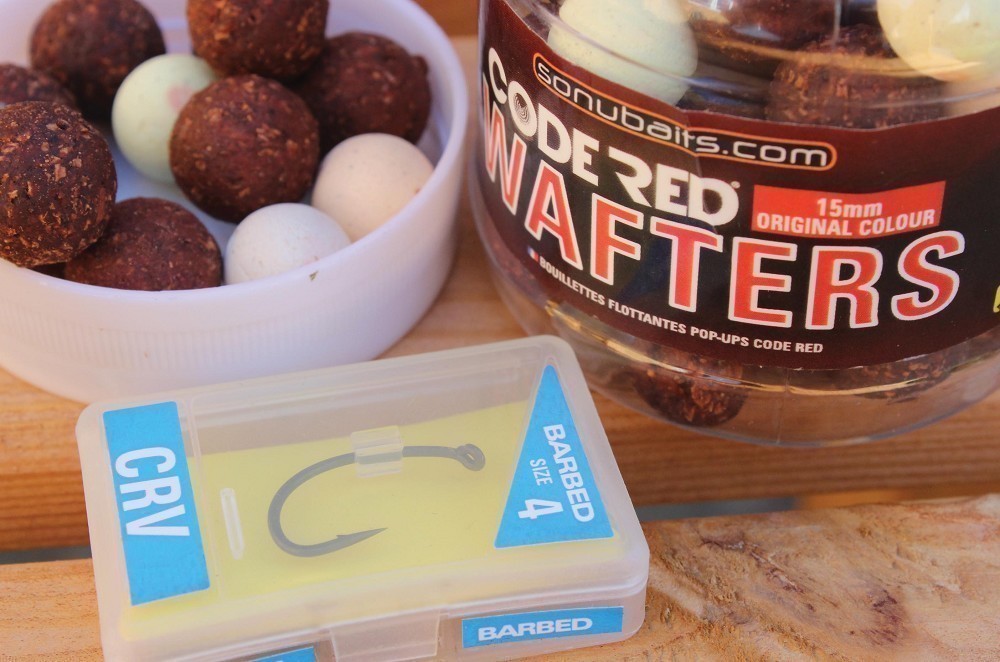 But at the end of the day, in my head, the Jingly Jangly Rig will always be King of the heavy-metalwork style rig. It too needs to be set-up in the right way and little tweaks can make a huge difference. Check the photos for my experience on where best to place the beads. After trying lots of different ways, the exact arrangement Chilly and Jenks were using back on Conningbrook remains the most successful in my own fishing.

Something they were doing then that is just as poignant now is covering the eye of the hook with shrink tubing. This stops the eye getting caught in the mesh of your net, which has long been believed to be the reason the rig was associated with mouth damage.
Hand on heart, I’ve only ever seen the rig cause mouth damage once. It happened because the hook got caught in the mesh and the carp went mental at just the wrong moment for a good friend of mine. We winced as it was happening and I can assure you it never did again. Don’t make the same mistakes if you try the rig yourself.

Alternatively, give the Ronnie a whirl. I’m sure Lewis would be delighted to tell you how many Facebook Likes it’s got. And how sales of his hooks and QC swivels have gone through the roof! 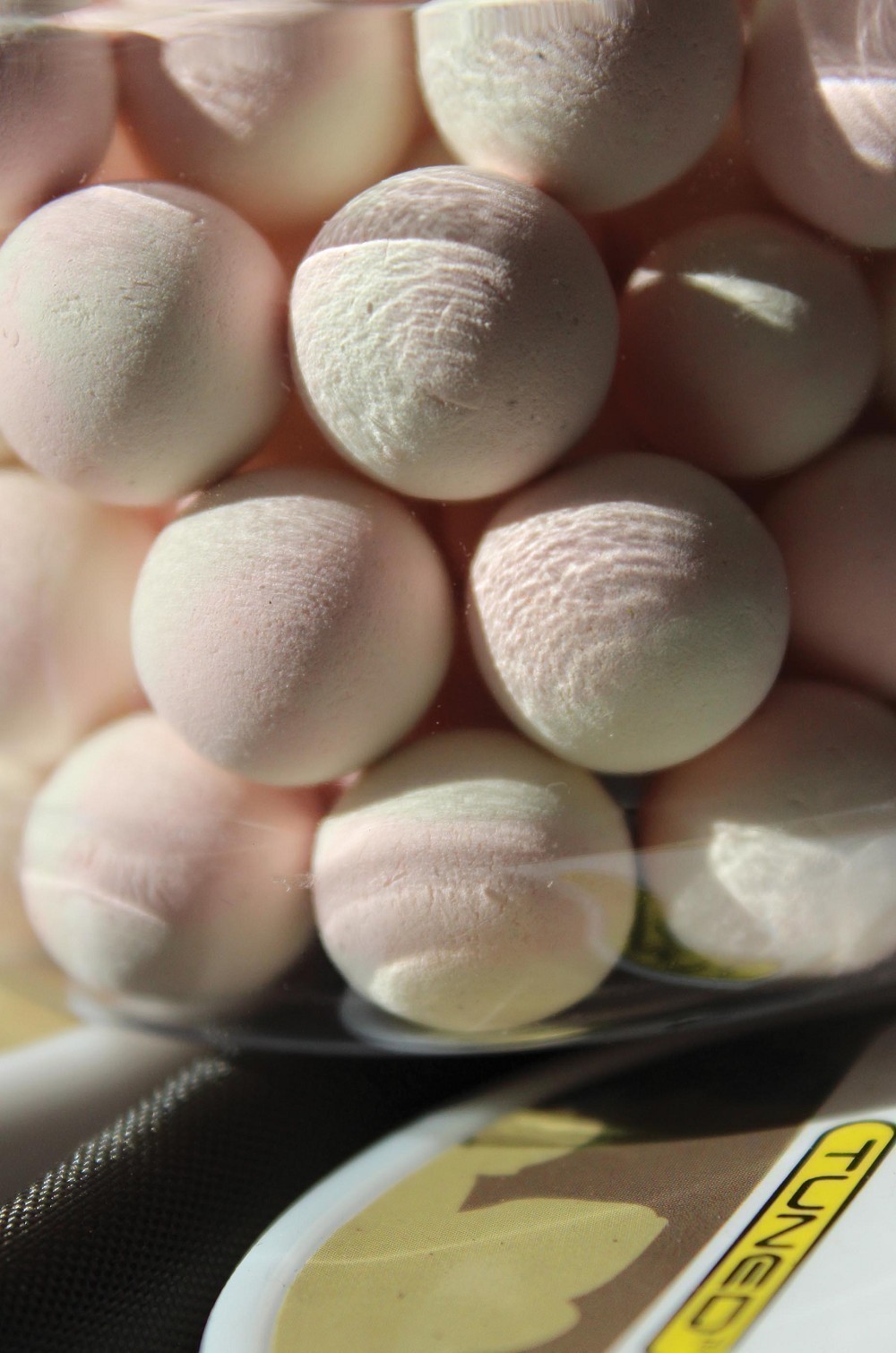 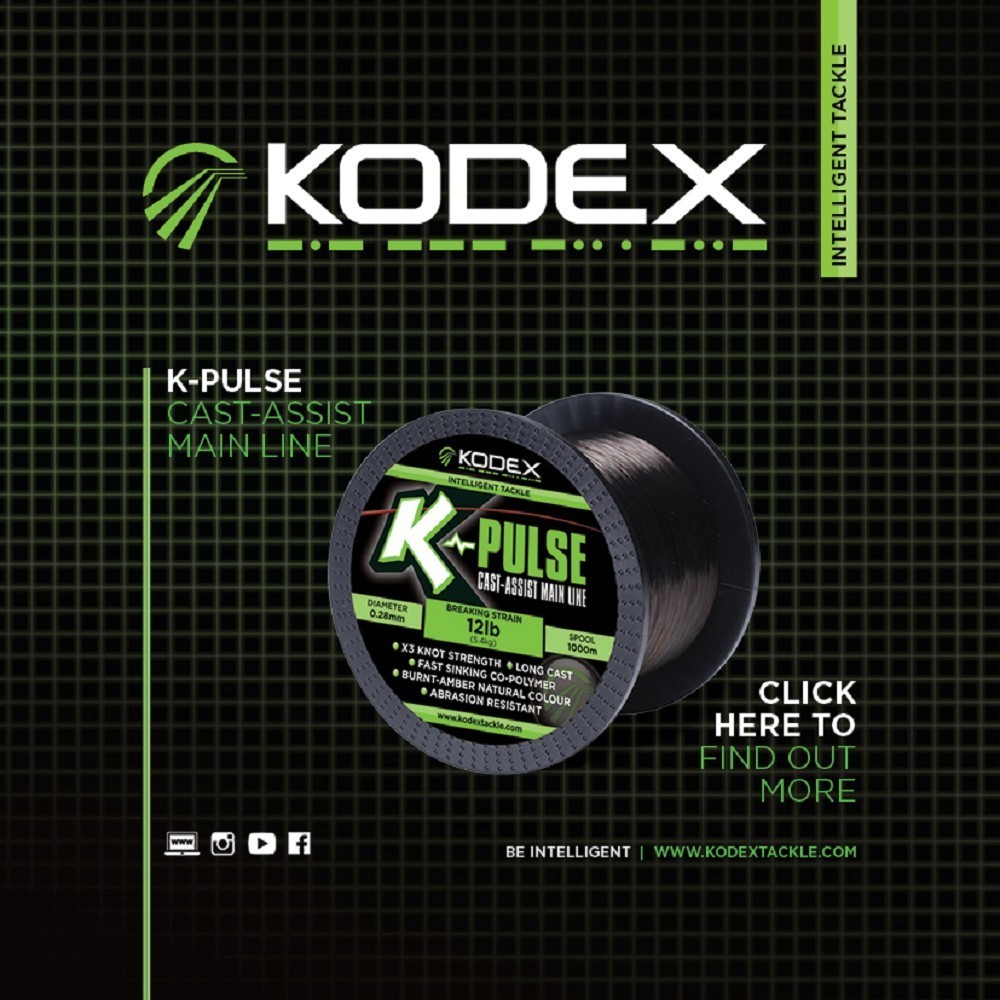