A blustery but sunny morning greeted the anglers as they arrived at the Yateley West Fishery courtesy of Martin Gardener for the 23rd Stoney & Friends charity event. This long running event has over the years given the visiting anglers the opportunity to pit their wits against the leviathans that have resided in the lakes. Coupled with this the anglers are able to relax in idyllic surroundings, whilst helping to raise monies for Macmillan Cancer, as they continue to support those suffering with cancer.

Bio security checks complete the anglers made their way to their chosen lakes, ready to take on the challenge of catching some of the stunning fish that frequent the lakes. With high winds and stormy weather forecasted, the majority of the anglers took their time in setting up, adding those extra pegs to their bivvy. As a polar opposite to previous years where the anglers have encountered high temperatures and light winds, the storm arrived early, bringing with it dark skies and rain, which sent the anglers scurrying into the shelter of their bankside house. 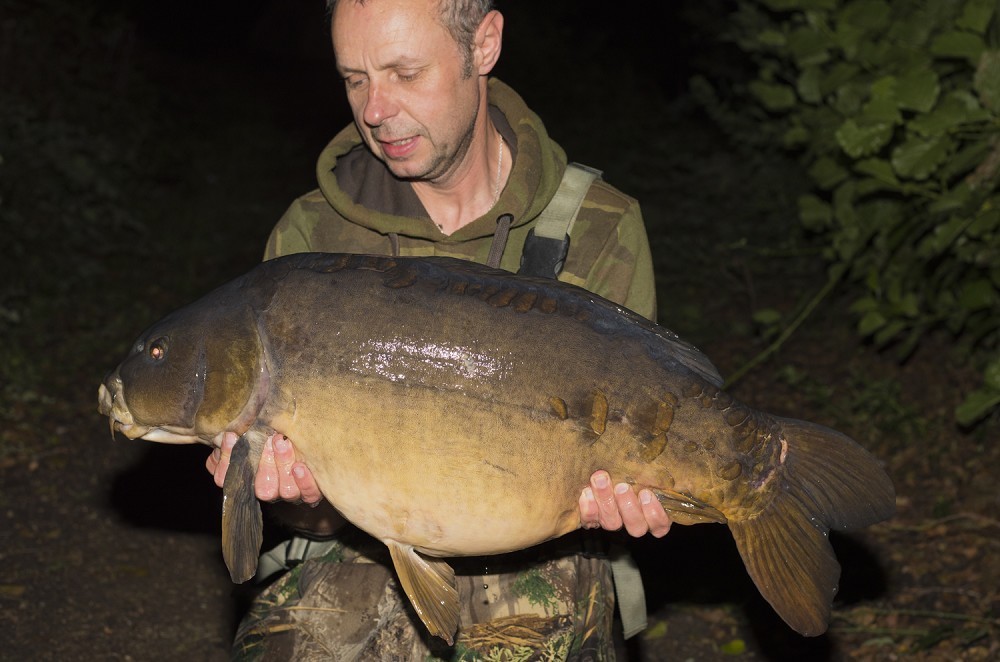 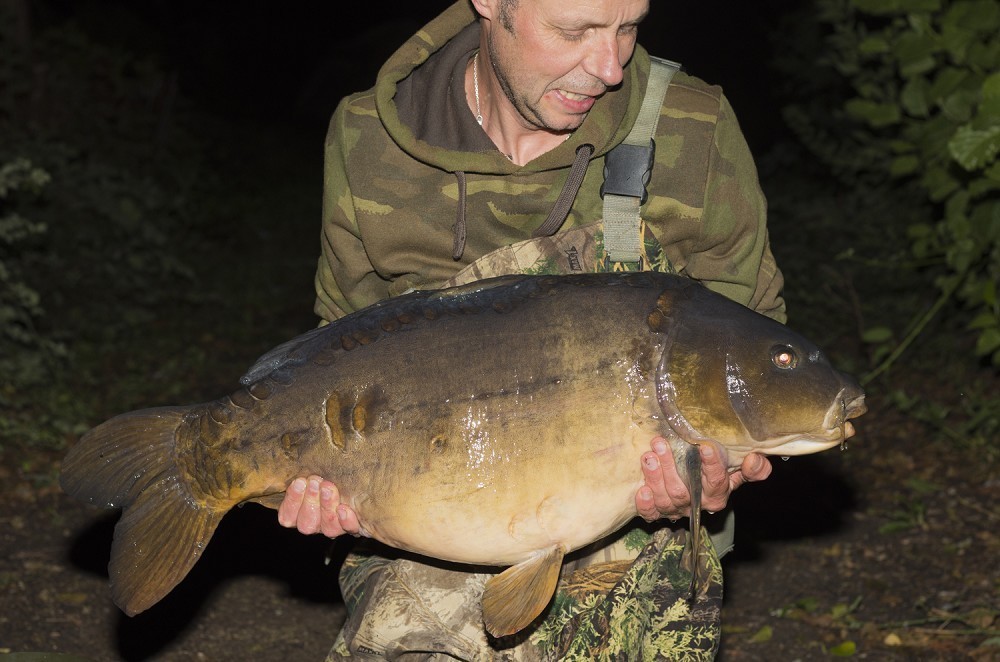 The rain finally abated in the early hours of Saturday morning, as the storm passed through the area. With water dripping off the trees and flat clam misty water, those anglers that chose to rise early were greeted by a cracking sunrise. Whilst many of the anglers had been bound to their bivvies, with the fish seeking shelter from the storm, news of some captures around the complex filtered through. Paul Stratton had landed a 19Ib 12oz Mirror from the North Lake. He followed this up with another Mirror of 19Ib 14oz.

Fishing the Pads Lake, Chris Hillier (a regular visitor to Yateley) managed to land a superb 30Ib Mirror. Not long after the storm had passed, Vince Brown (pics below) caught a 25Ib Mirror, before landing an old warrior of a Mirror carp, which spun the scales round to 40Ib 12oz – a cracking result on what is a very pressured intimate lake. 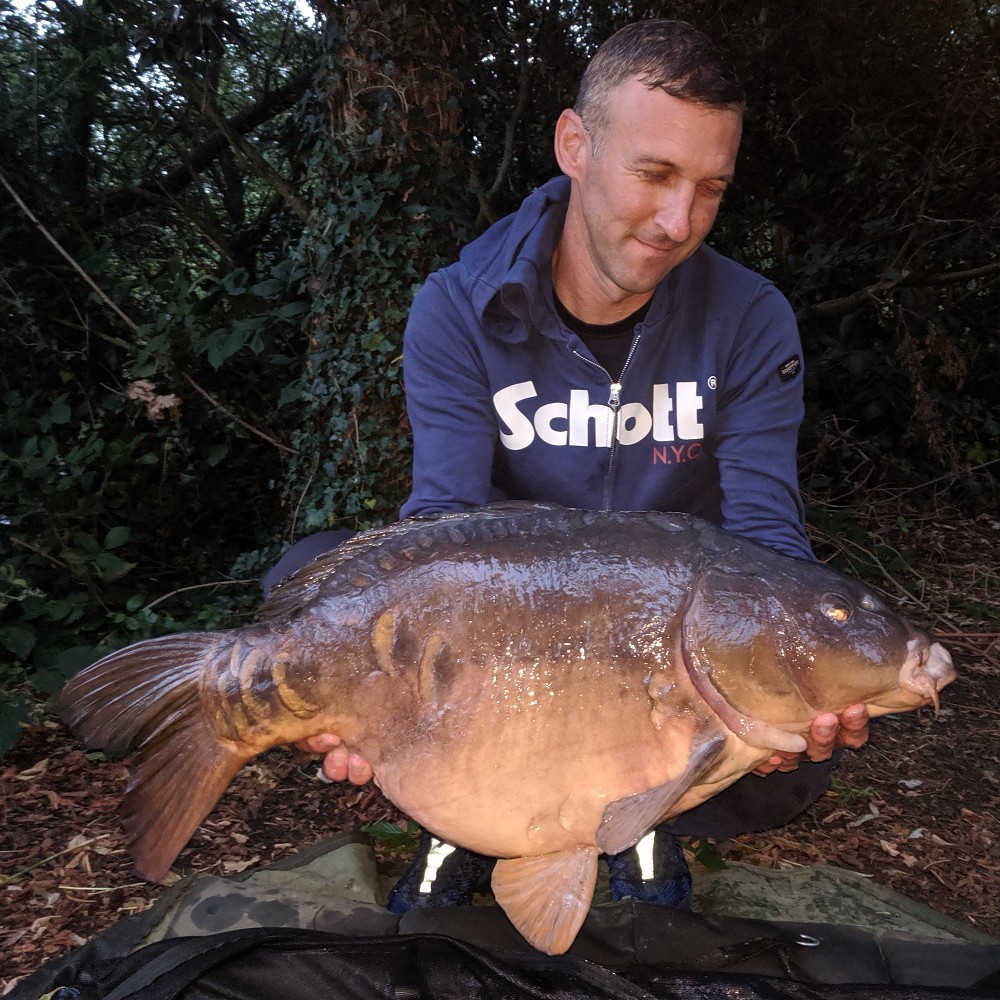 Vince Brown with a 25lb fish 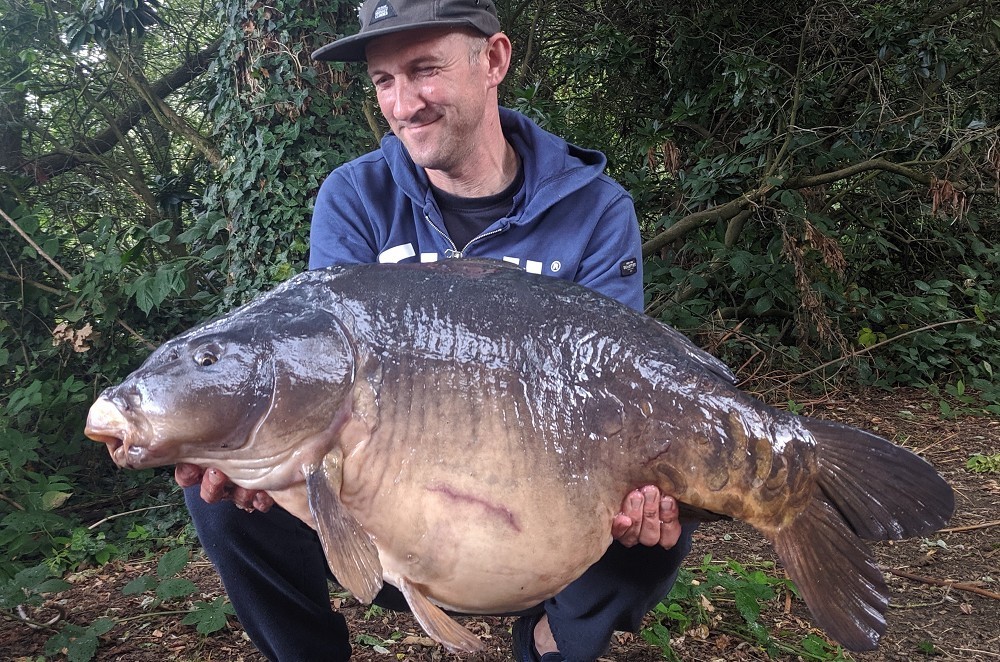 The ever-consistent Neil Yeats ventured onto the Split Lake this year, after two successful years on the North Lake, where he had landed some stunning fish. He was rewarded for his efforts with a fantastic 31Ib common carp.

As the day wore on, the majority of the lakes residents sought sanctuary in the numerous weed beds around the lakes. This gave the anglers the opportunity to take a break from sitting behind the rods, gathering in the car park for the raffle. We are always amazed by the generosity of all our trade sponsors and supporters, which enables us to offer some fantastic prizes, whilst helping raise more funds for Macmillan. 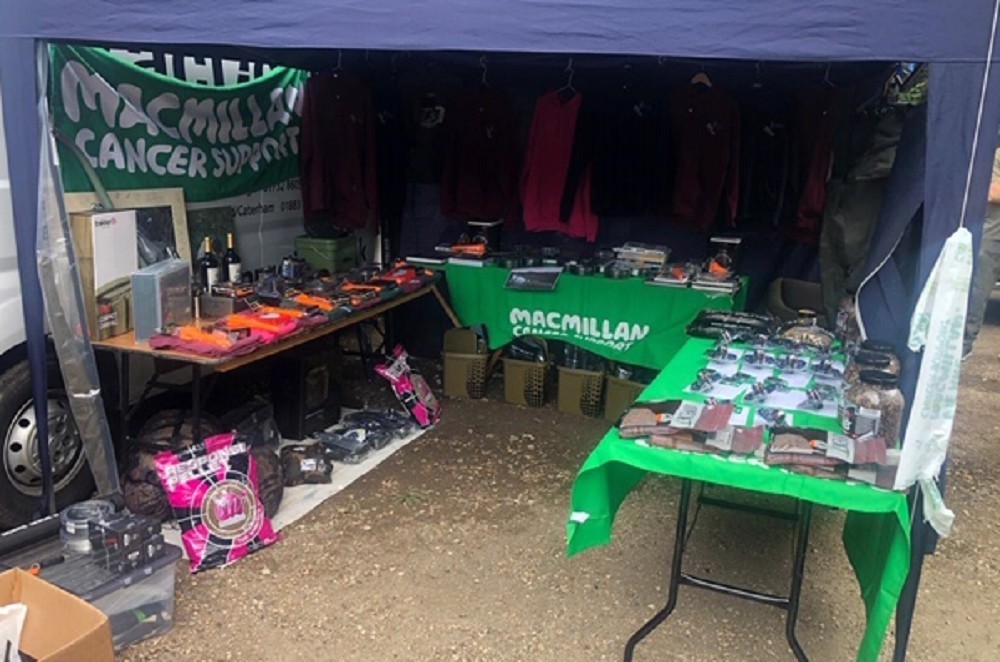 Midday Sunday bought the curtain down on what had been another superbly supported event, with the group raising £11,749, a fantastic effort by all concerned.

Whilst all the committee work behind the scenes to run the events, without the continued support from all our sponsors and supporters, along with the many anglers who attended our events throughout the year, we would not have been able to support Macmillan as we have done over the past 23 years. We have to date raised £598,820.44, which is I’m sure you will agree is an outstanding effort.